The original tweed had been stripped and the baffle had been replaced with a single 15" speaker. Otherwise it was all there: original untouched chassis, original cabinet, back panels, handle, logo, knobs, etc. Even the original preamp tube shields

The cabinet is solid with no cracks, no water damage, no modifications. The original tube chart is intact. The chassis is clean with no extra holes nor mods, the control panel is clean and shiny with only very minor rust and light pitting, the white silk screen letters & numbers are 95% intact

I spared no expense and put forth my best effort into this restoration with great attention to detail:

My tech did a complete and thorough service: cleaned the jacks, pots, switches and tube sockets. Installed grounded power cord. Unfortunately all of the caps were leaky (the yellow Astrons from this era are notorious for this). In their place we used the very best quality F&T, Jupiter and a couple of NOS PIO capacitors. He also replaced a few out of spec resistors and added a non-invasive bias pot so the amp can be easily biased for optimal performance

As would be expected this amp sounds phenomenal. Big, lush, shimmering 3D cleans that fill the room with glorious tone. Crank it up and it gets thick, rich and punchy, chock full of harmonics and overtones. Dimed, it has that sweet, singing, sustaining lead tone that inspires you to play above and beyond

There is a reason these are widely considered to be "the best guitar amp ever made", and this one does not disappoint. It sounds incredible at every stop on the dial. If you've never had the pleasure of playing through one of these, let alone actually own one, here's your chance at a substantial discount from the $10-13K an all stock one would bring

And unlike a bone stock one, this amp is in tip-top shape and doesn't need a thing for the next decade or two. We've already done all the work. It is good to go and then some

You will not be disappointed 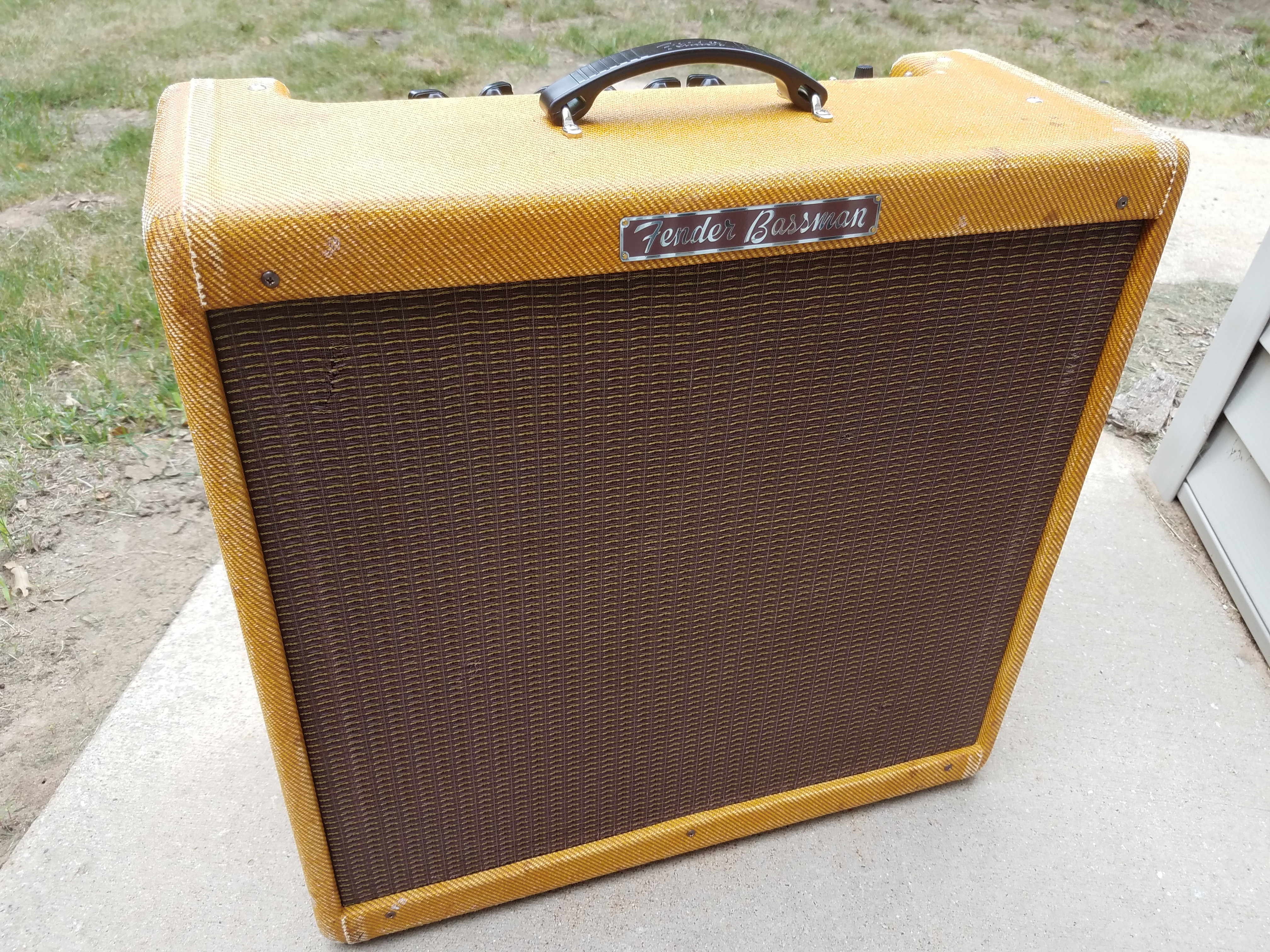 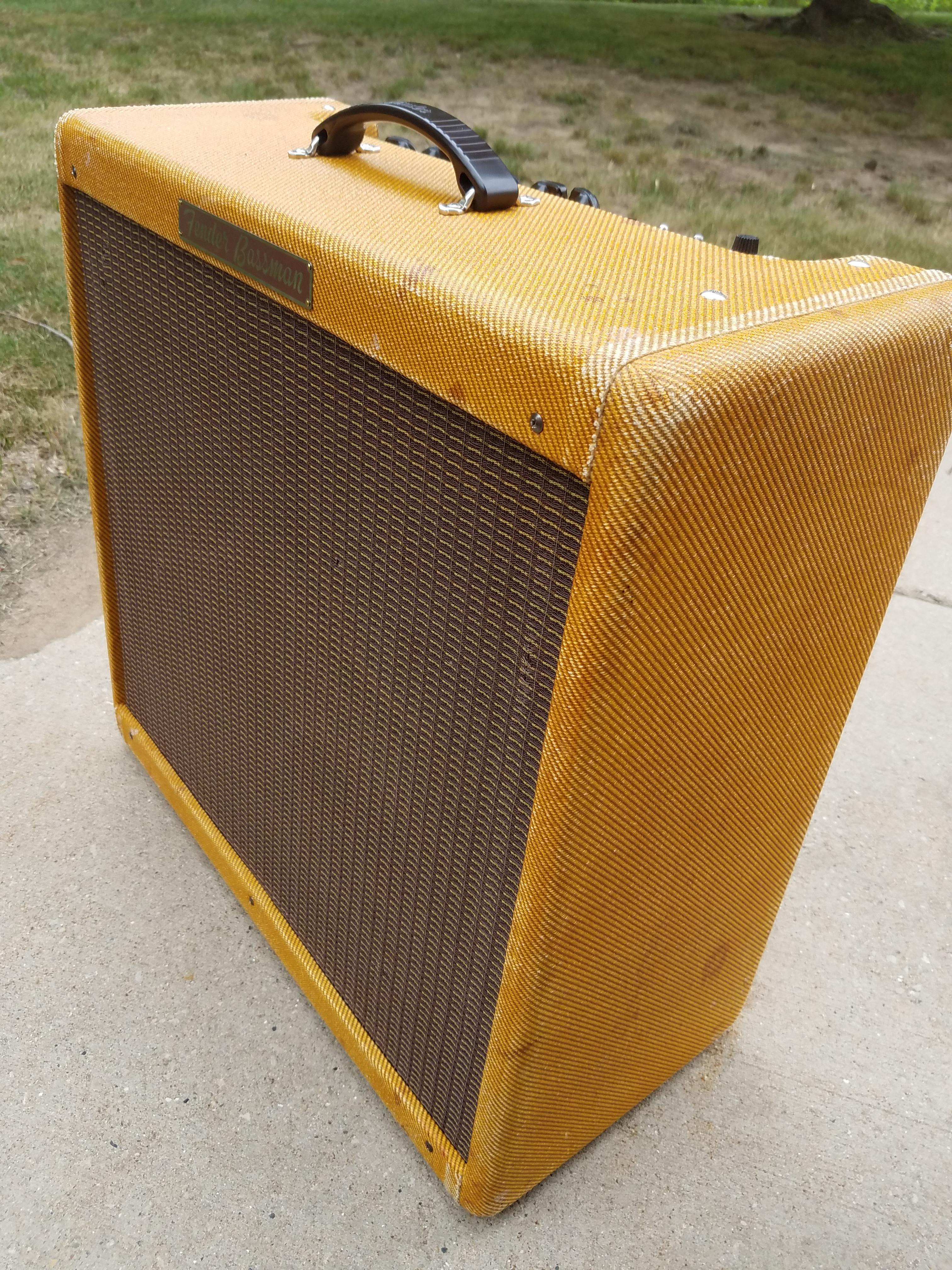 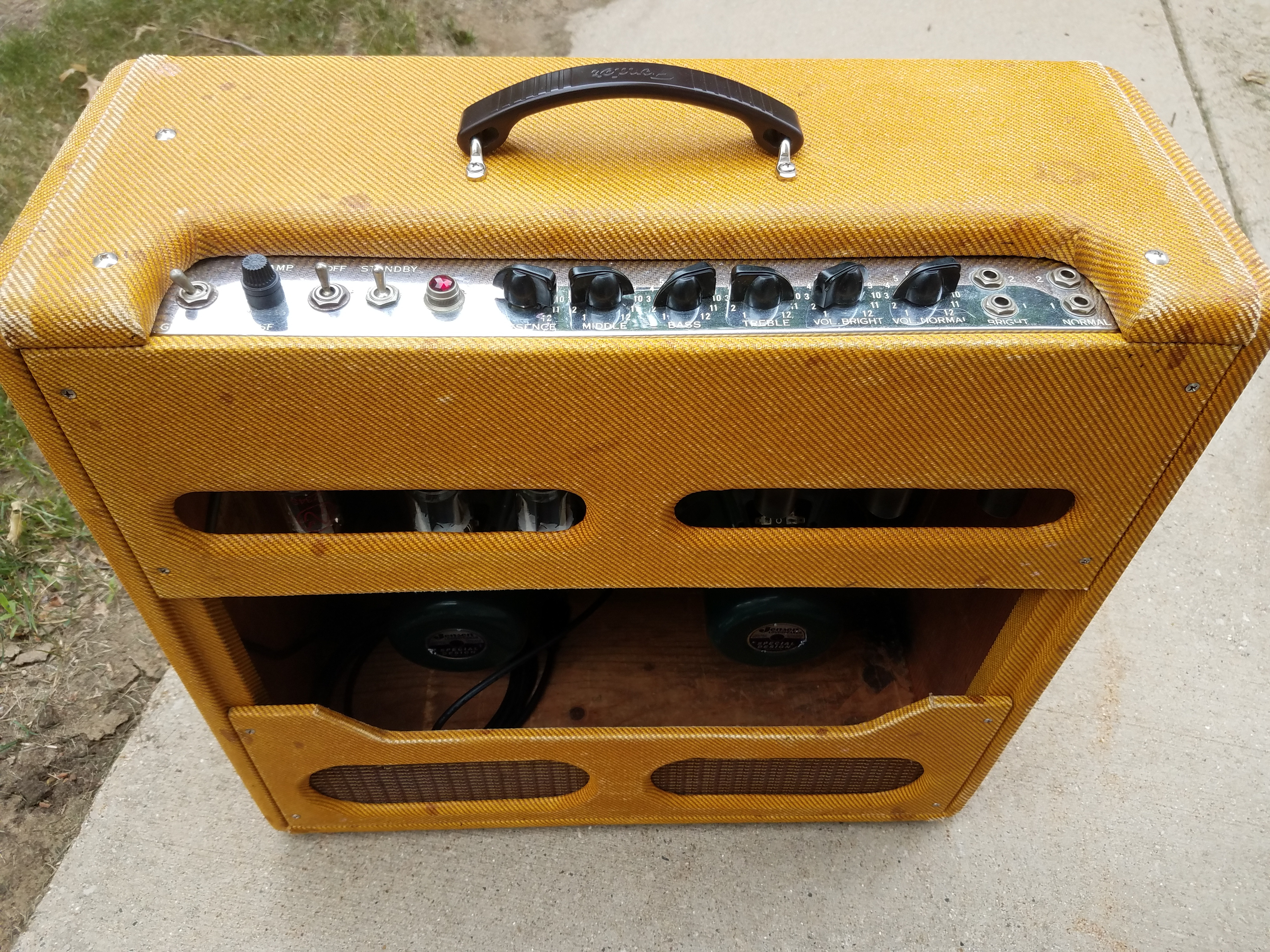 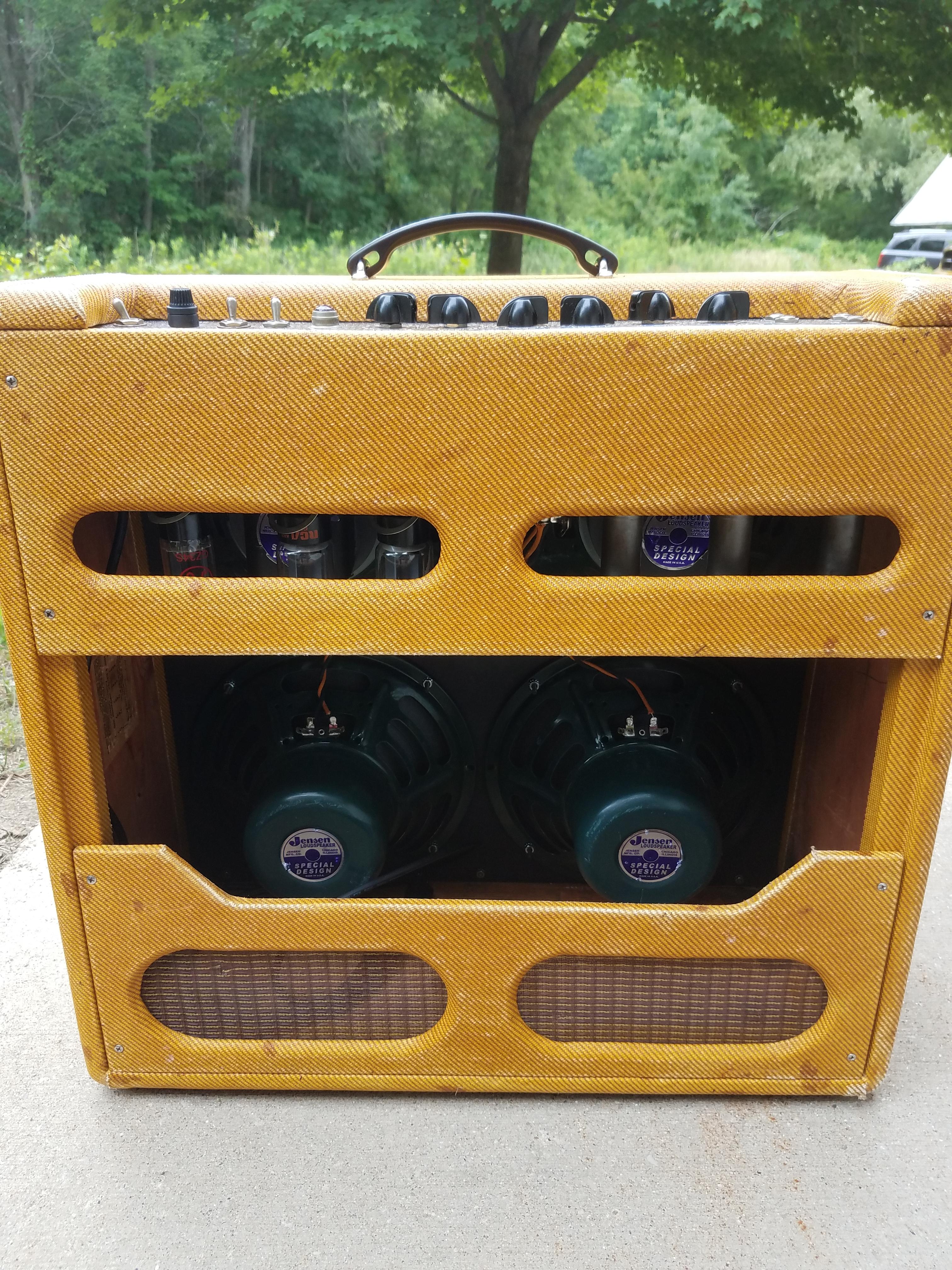 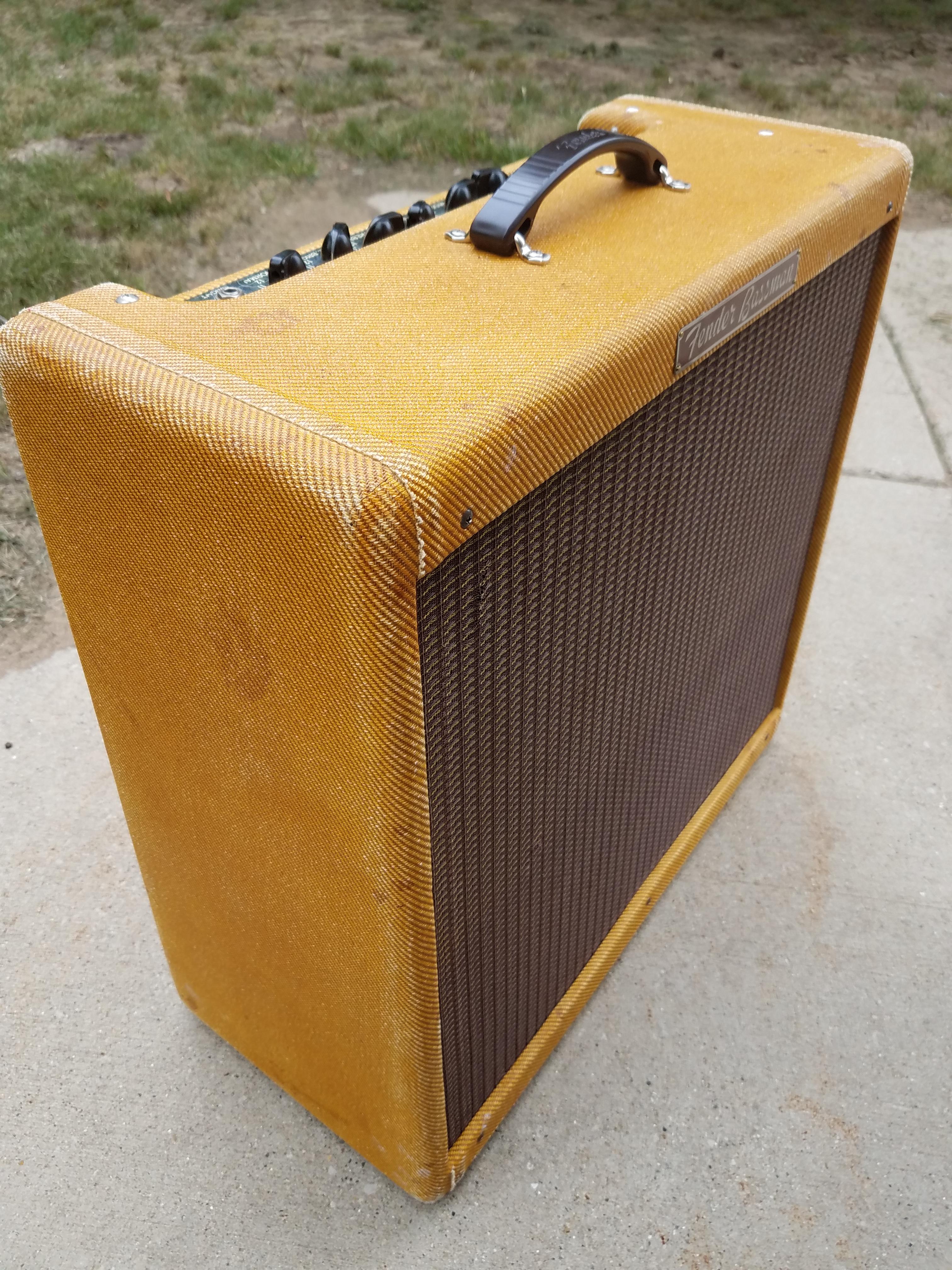 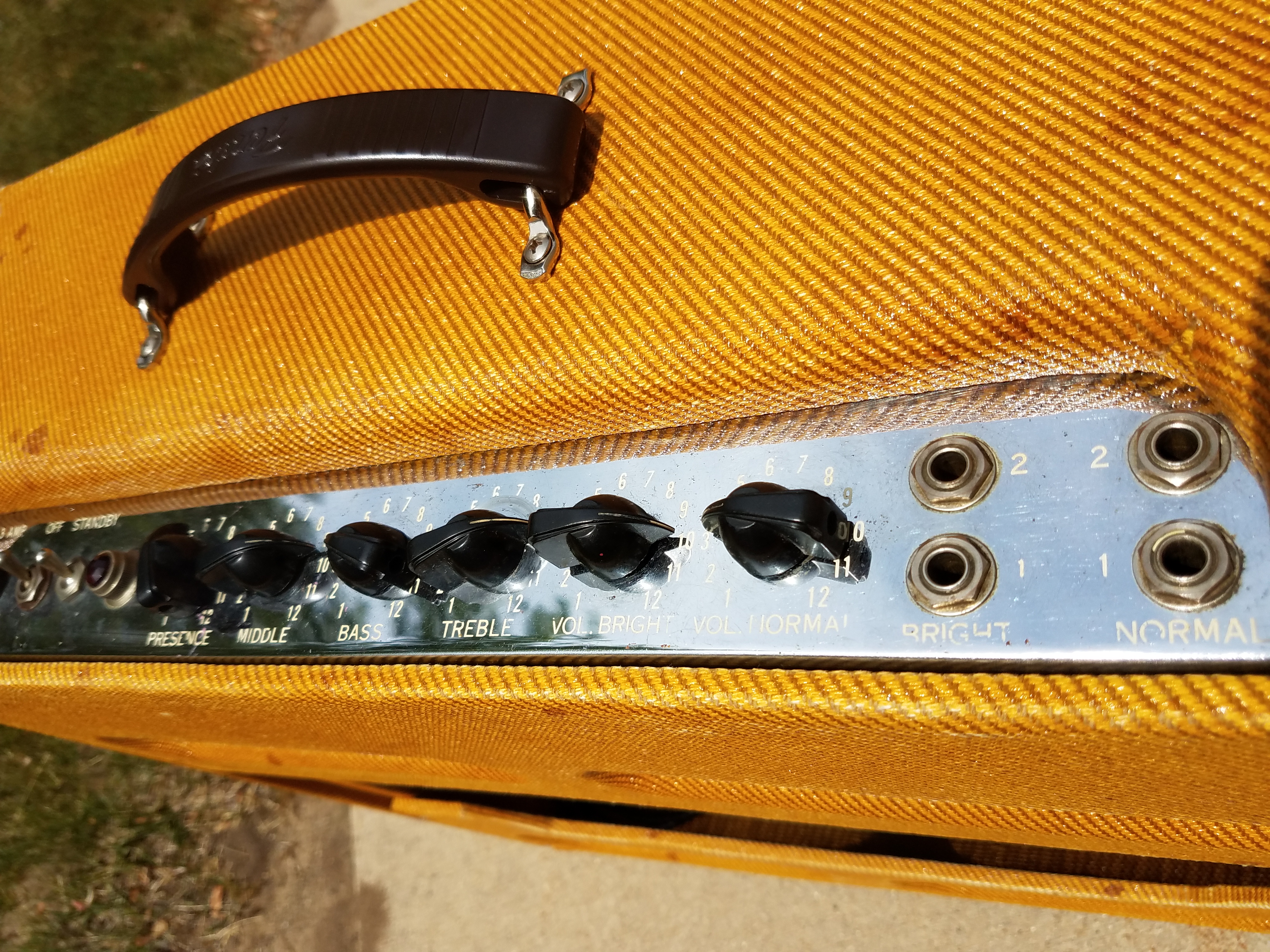 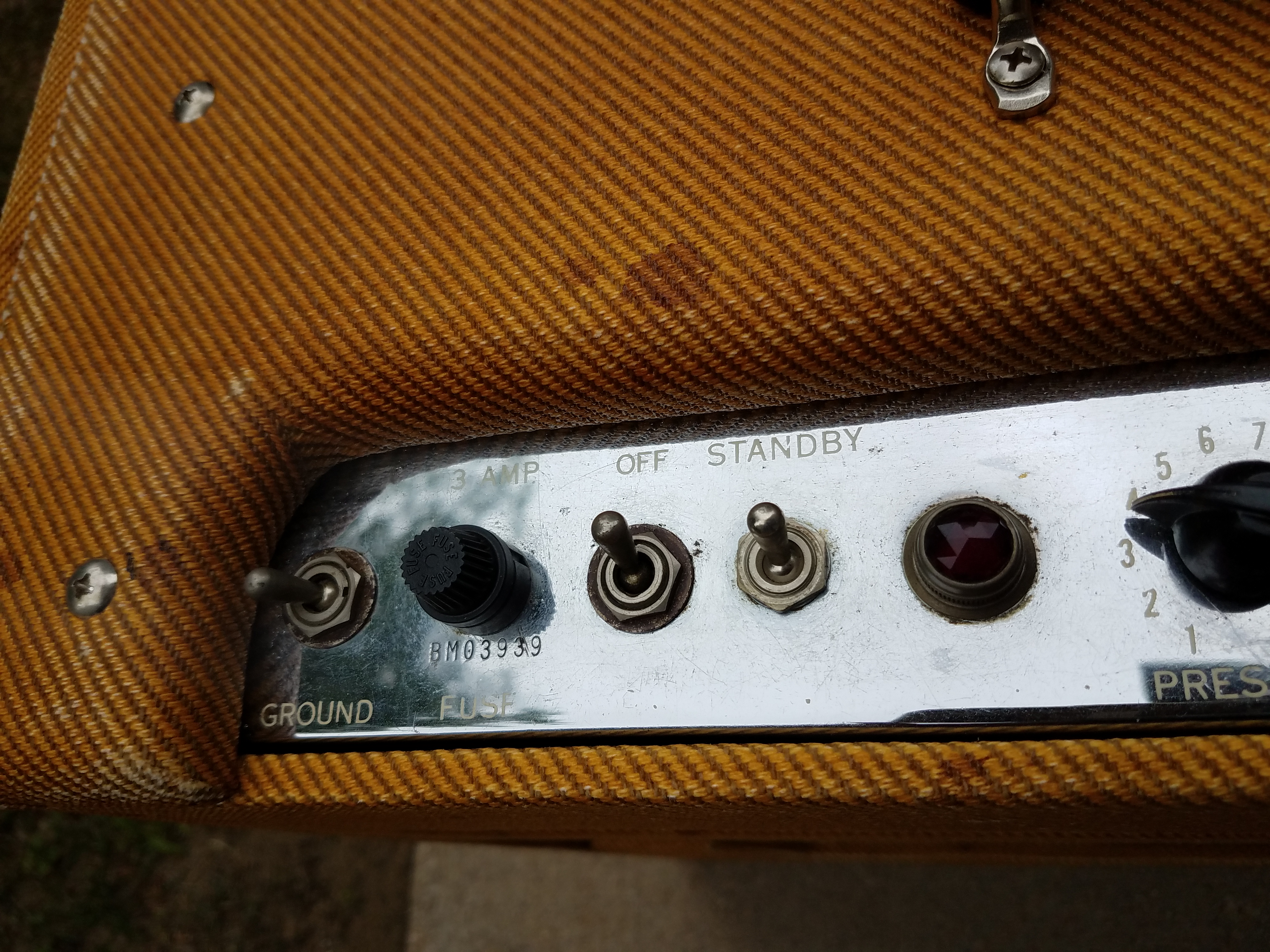 I knew from experience to select the paper, rather than kapton voice coil formers, which makes for a smoother, sweeter top end on these great sounding Weber alnicos. IMO, the best new production 10" speakers for authentic Jensen P10Q tone. They also have the added benefit of looking right. Props to the team at Weber, they are great to work with 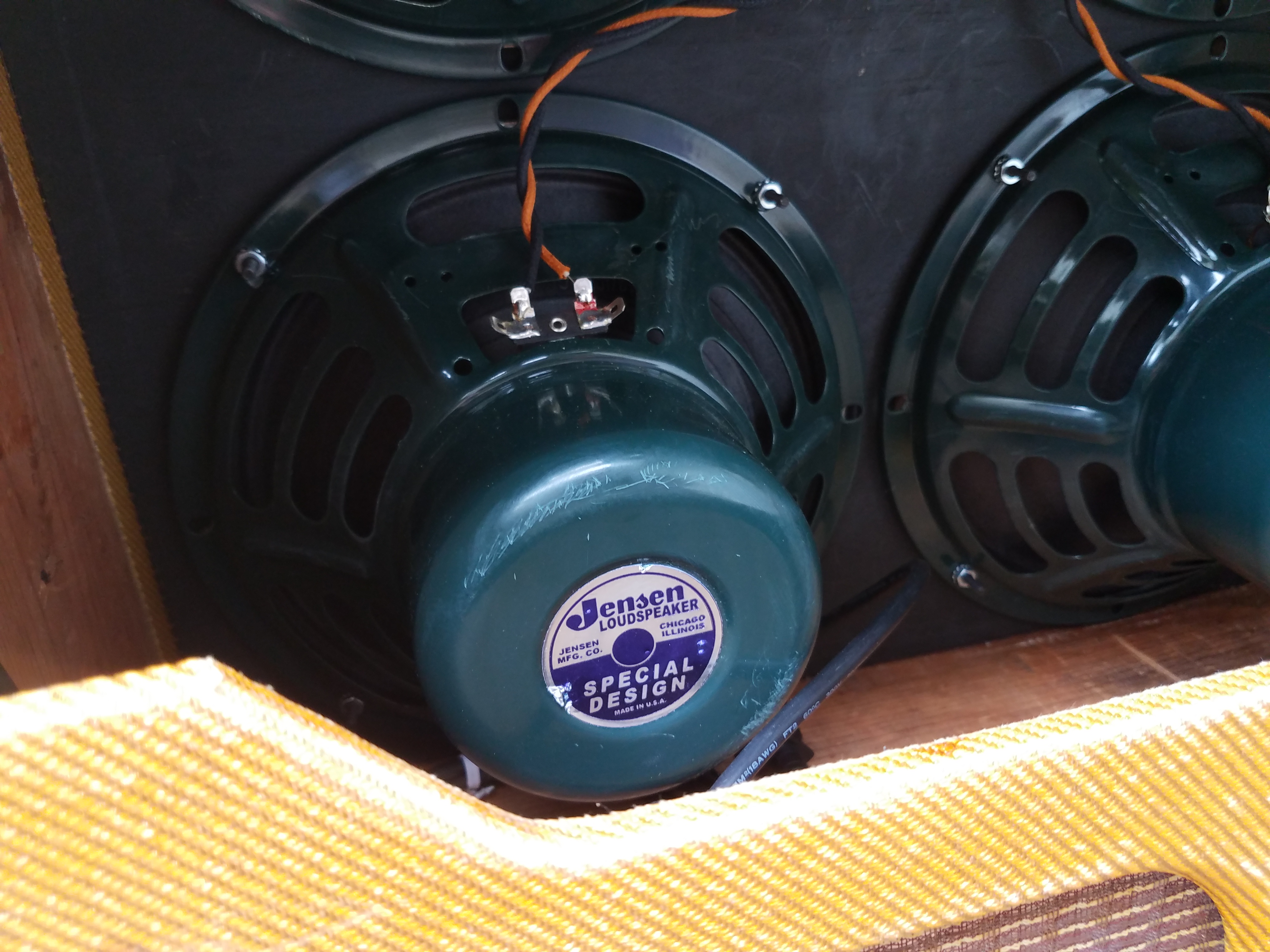 Tweed and hardware lightly aged. You can usually spot a recovered tweed amp from across the room. This one looks right even up close 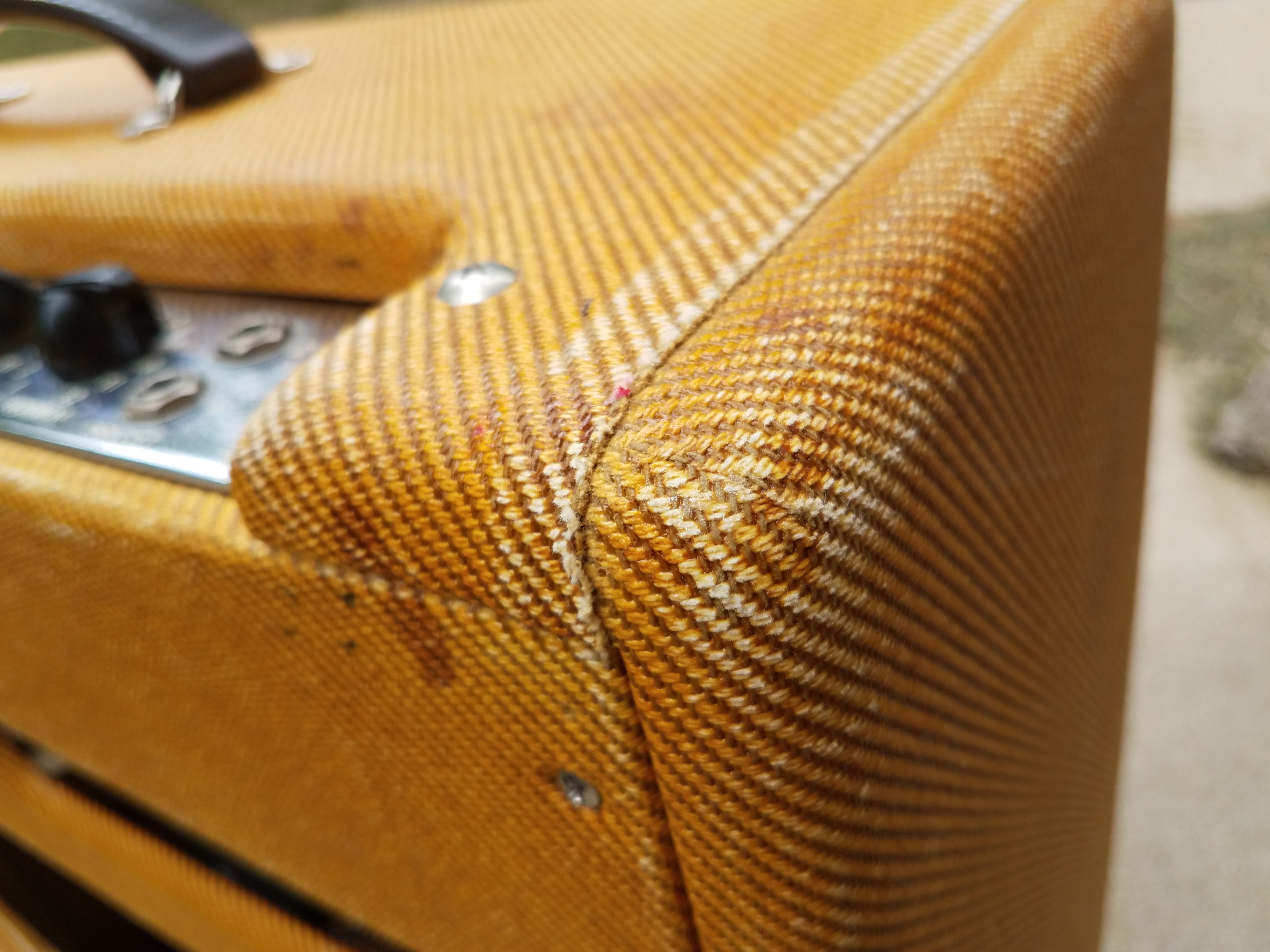 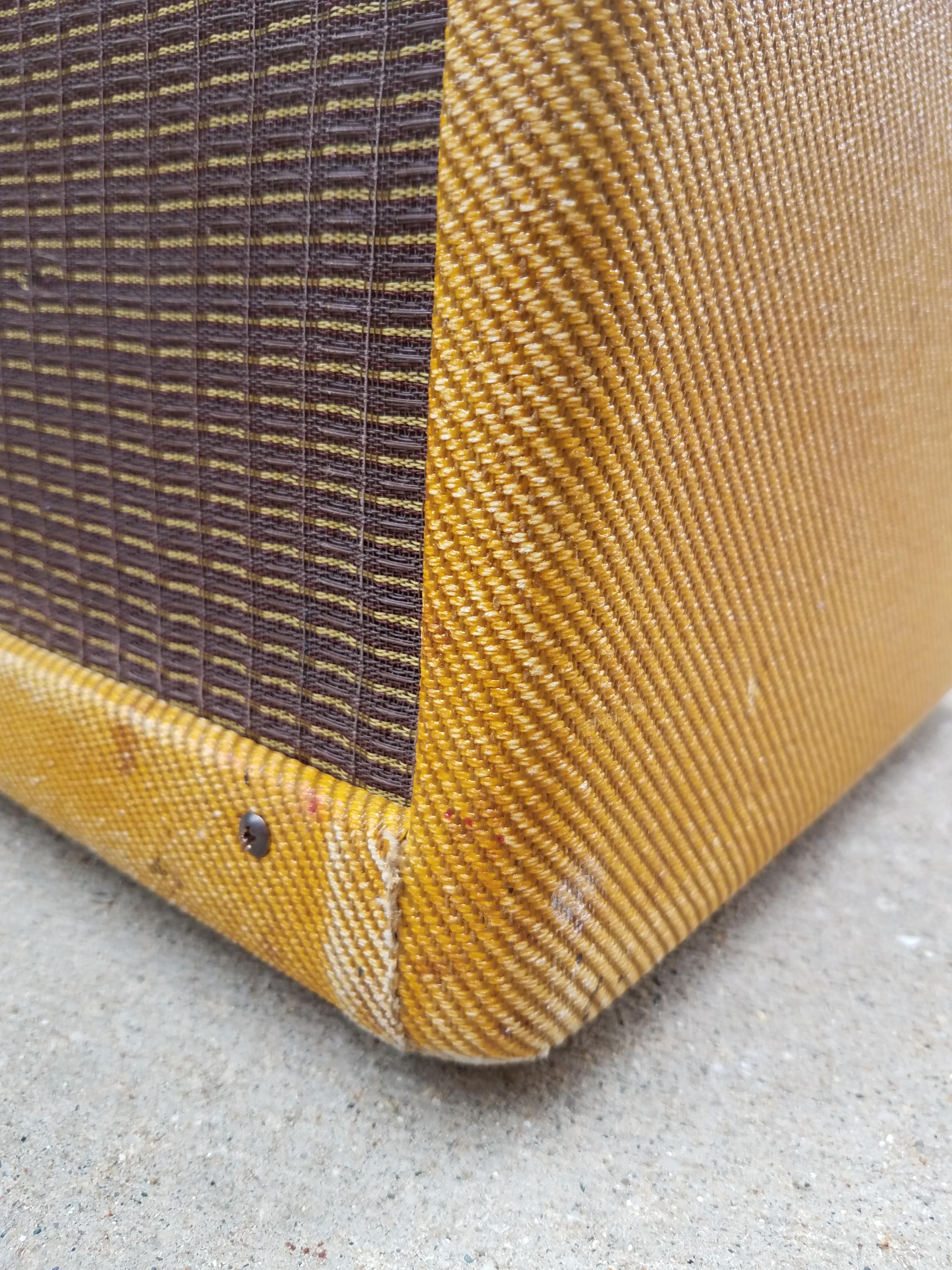 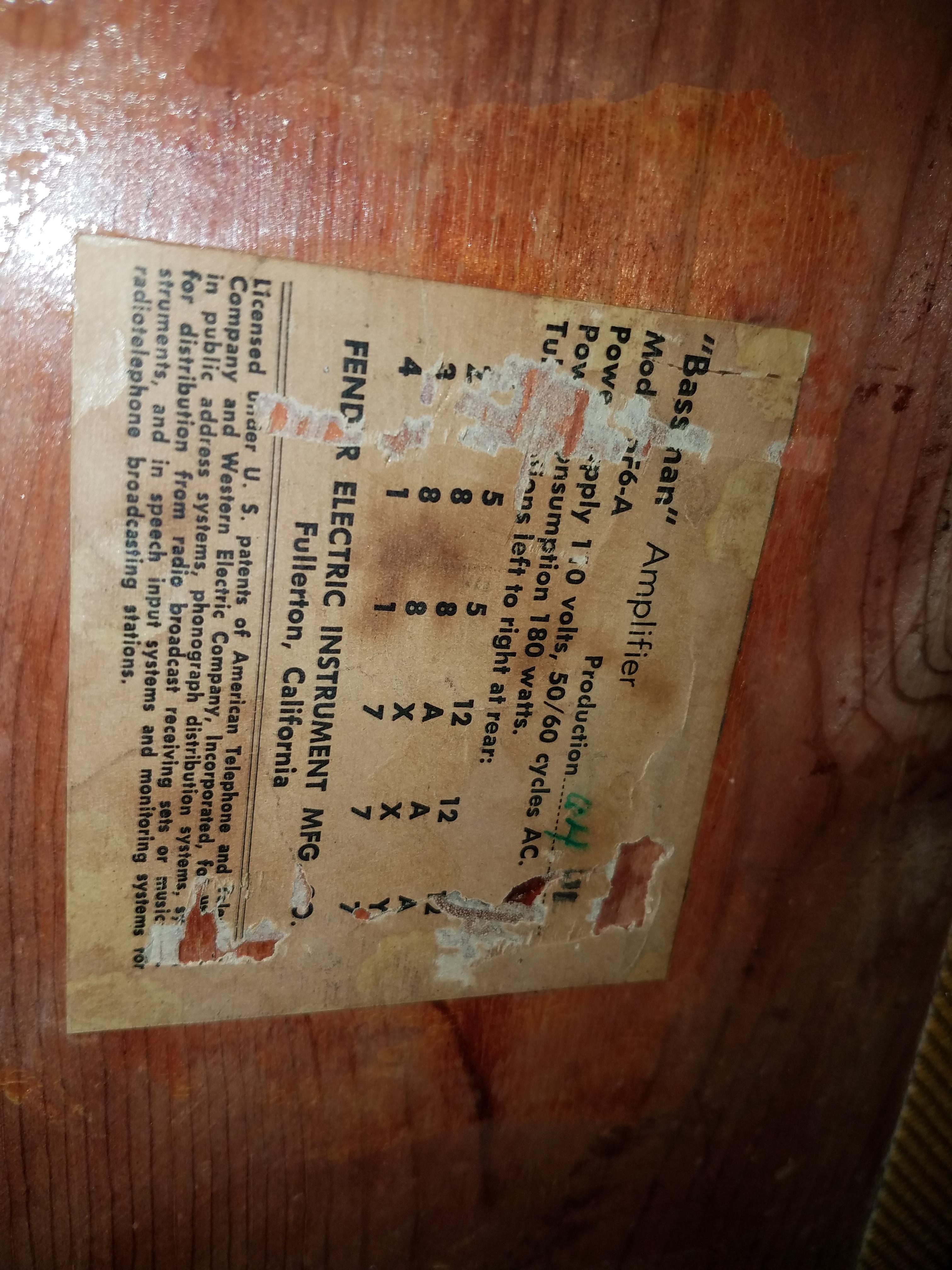 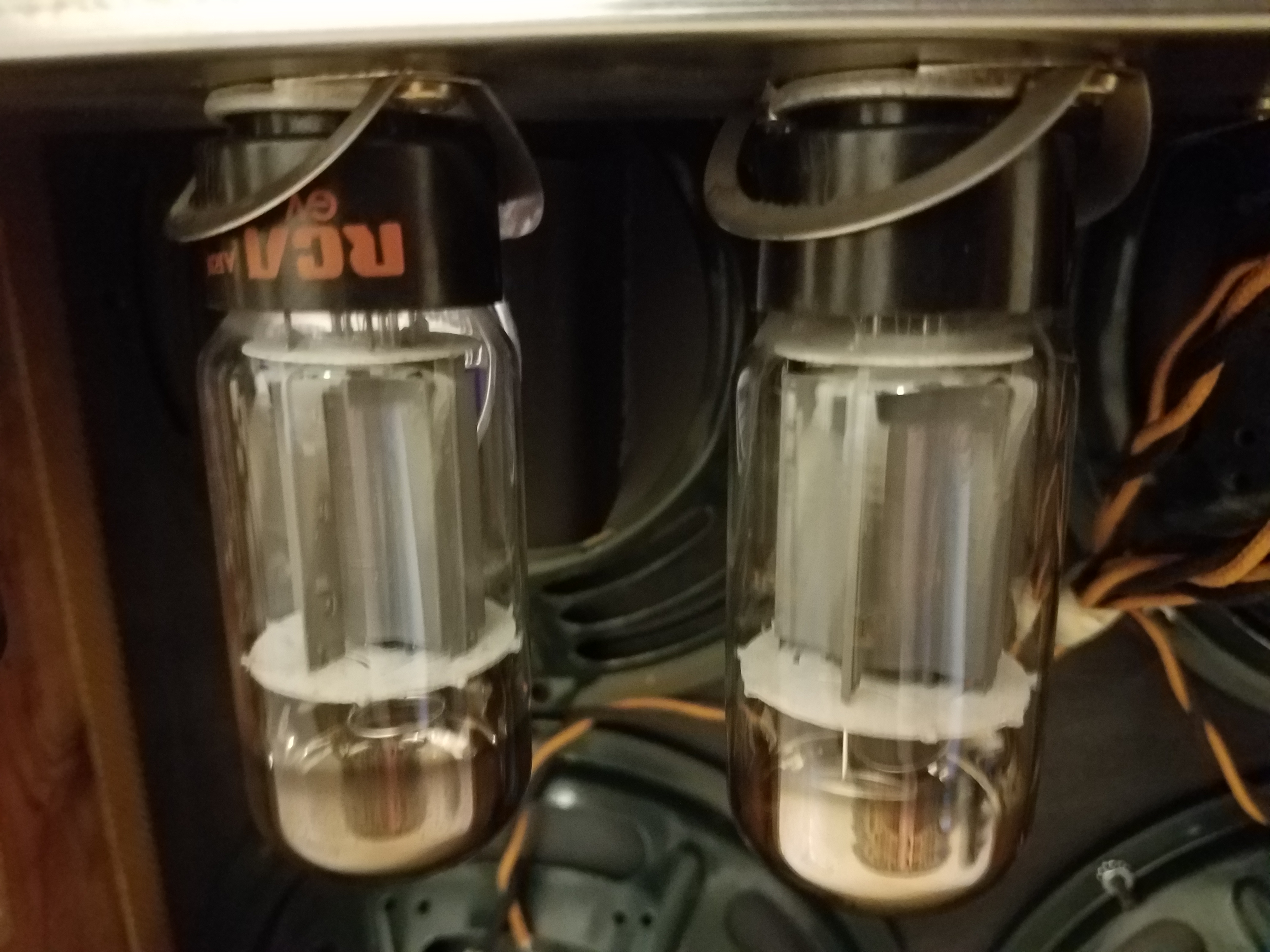 Note how clean the chassis is 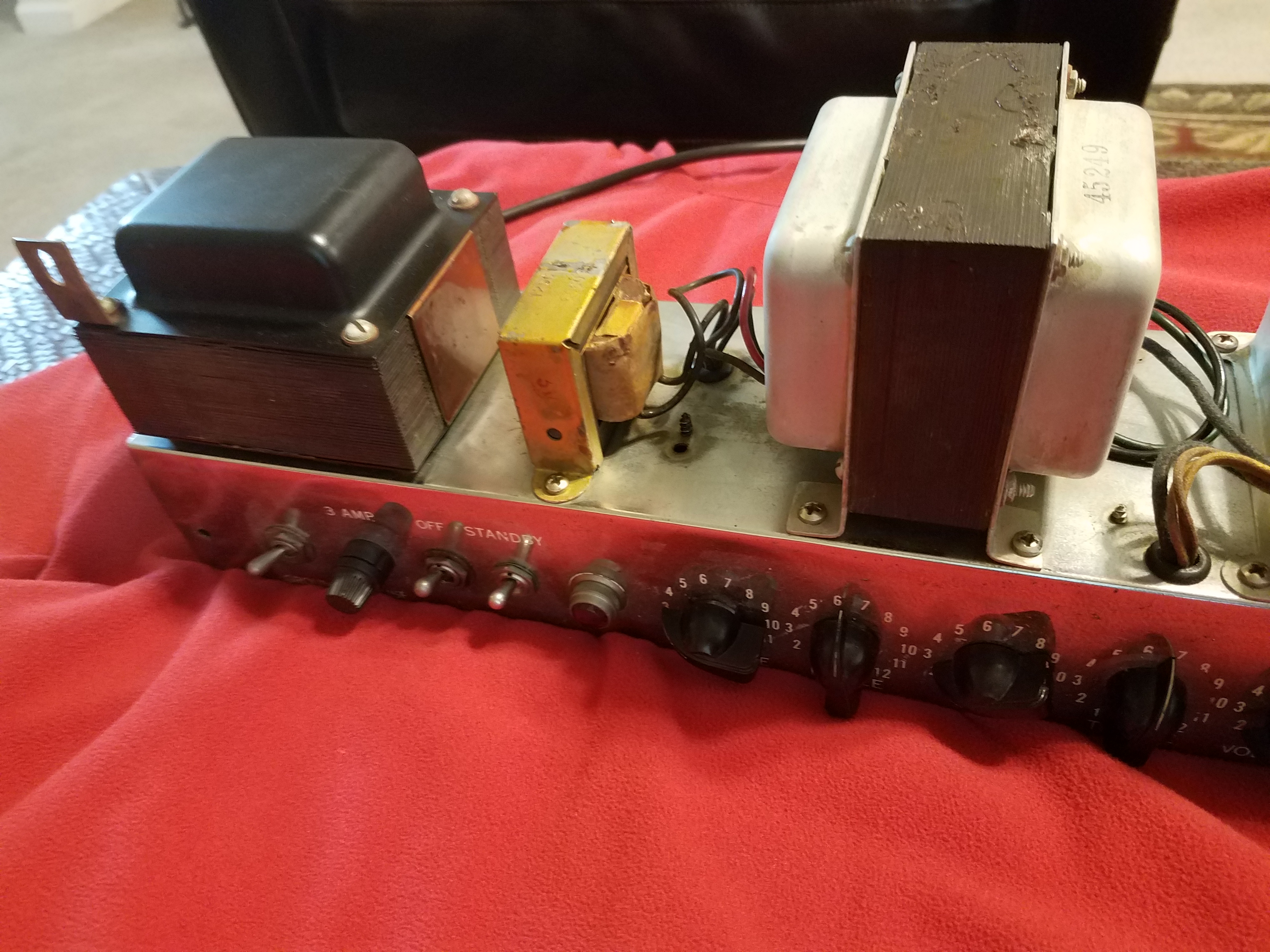 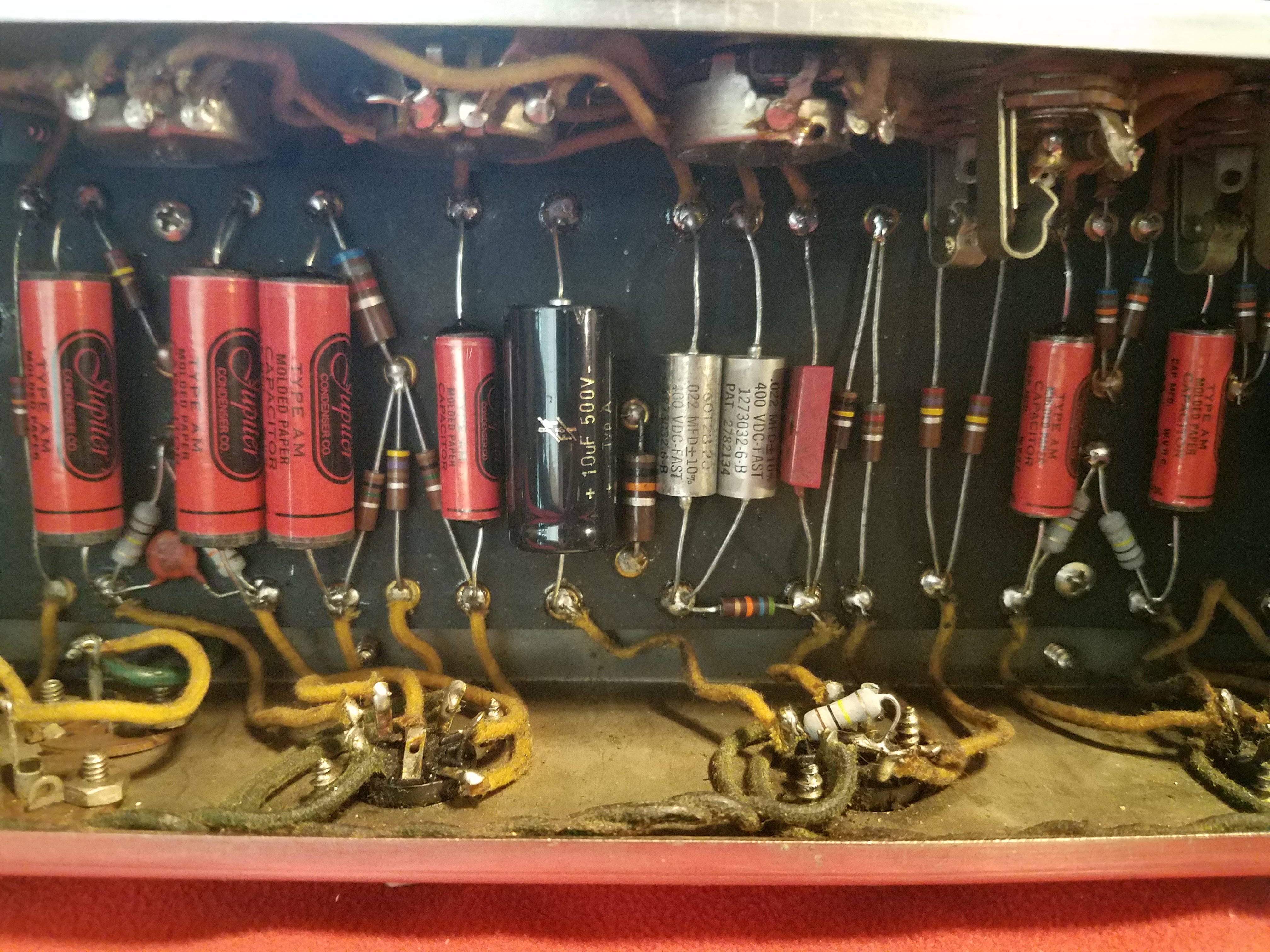 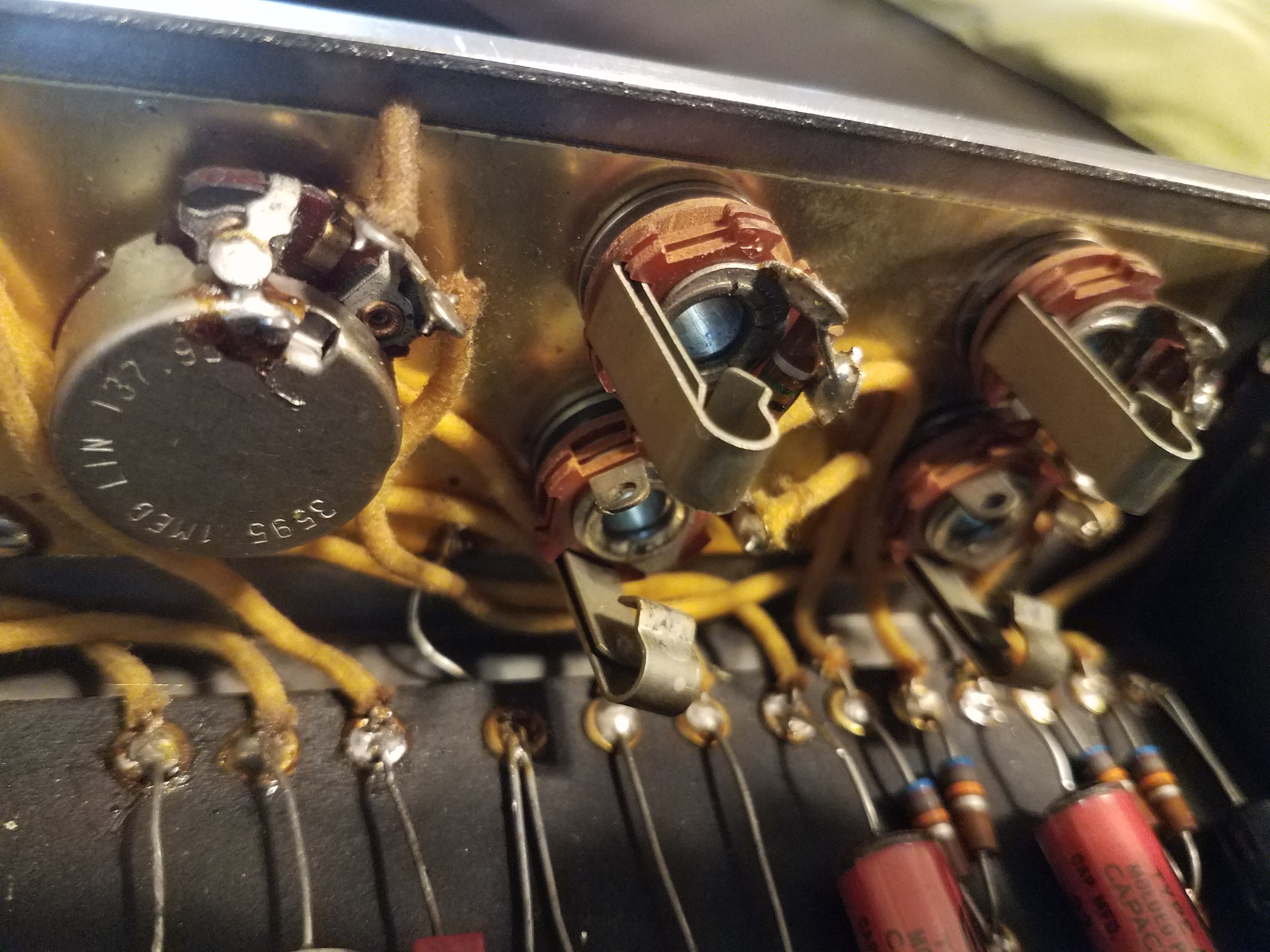 Four inputs to choose from 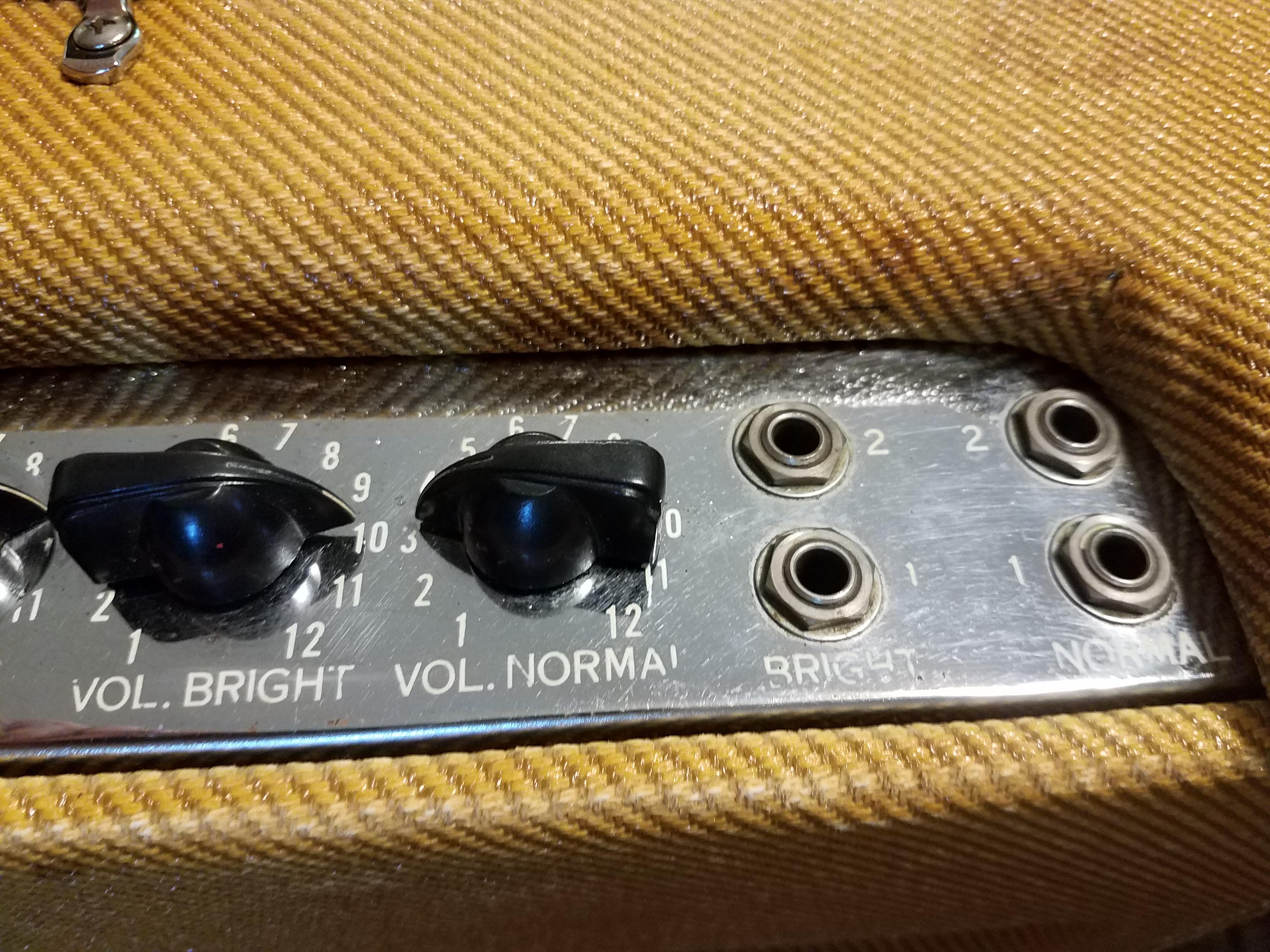 New handle is the proper shiny version (now hard to find) just like the original. Most of the new repro handles are the dull rubber looking ones 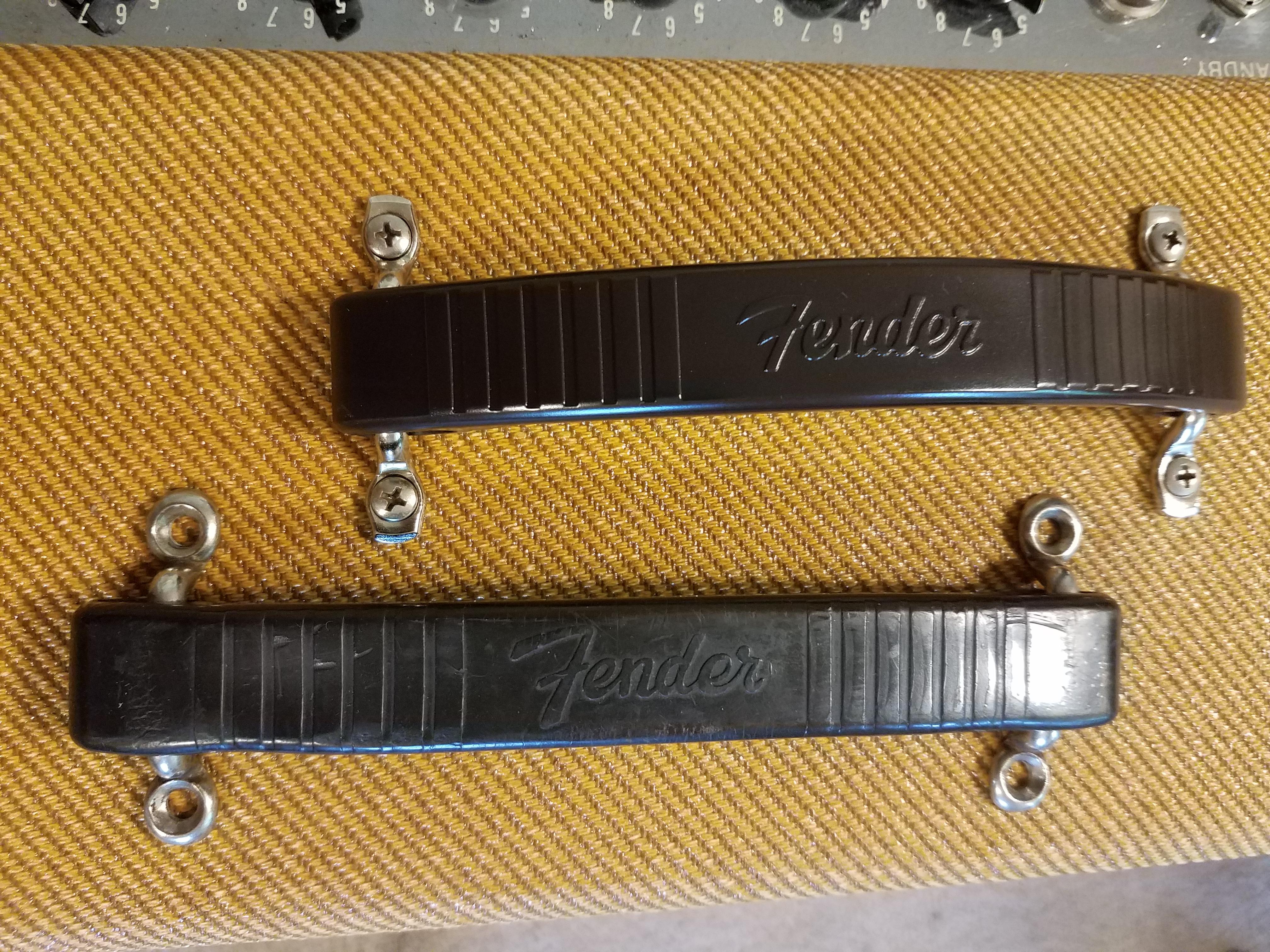 Unfortunate, but necessary. Included for posterity 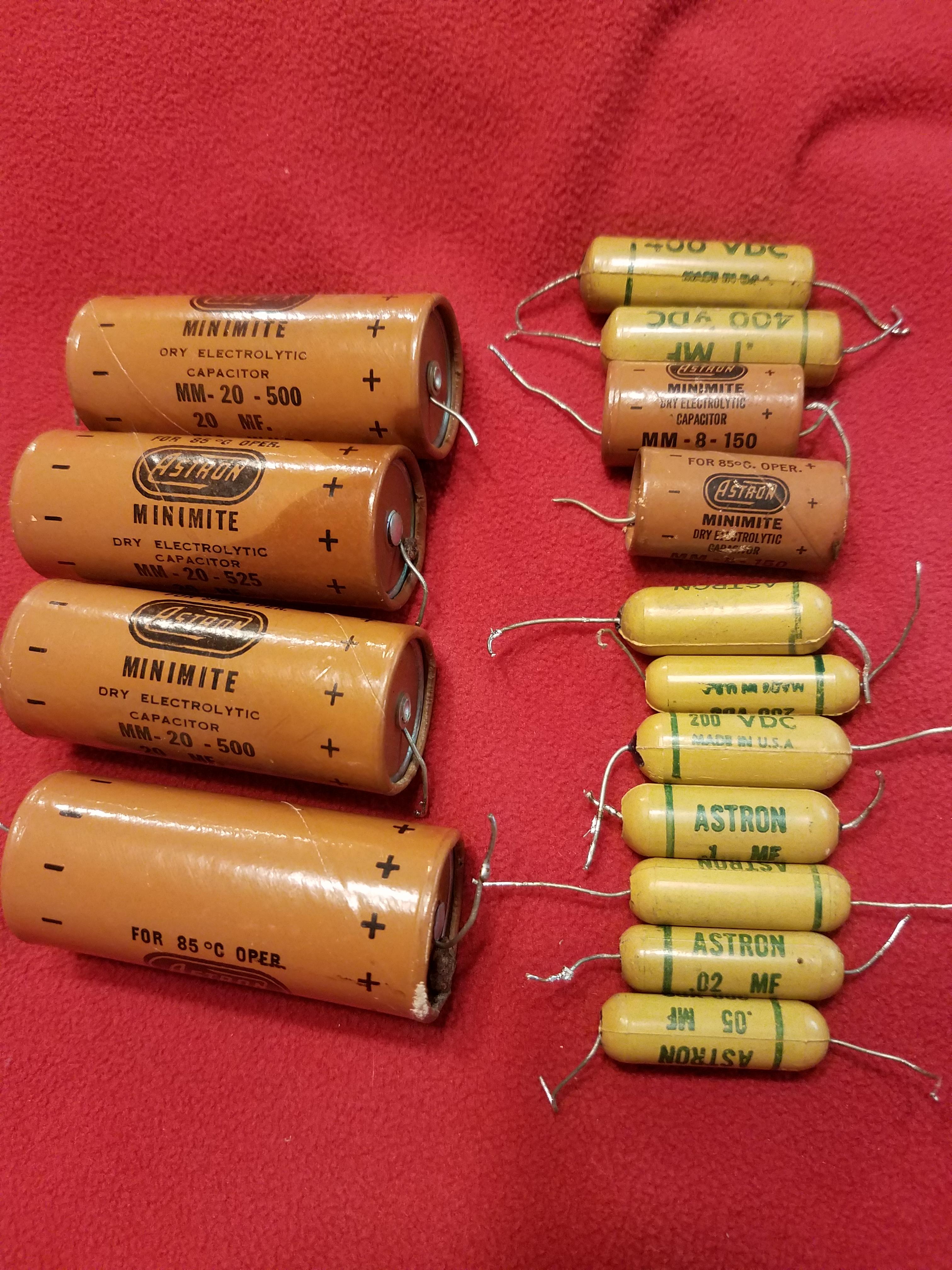 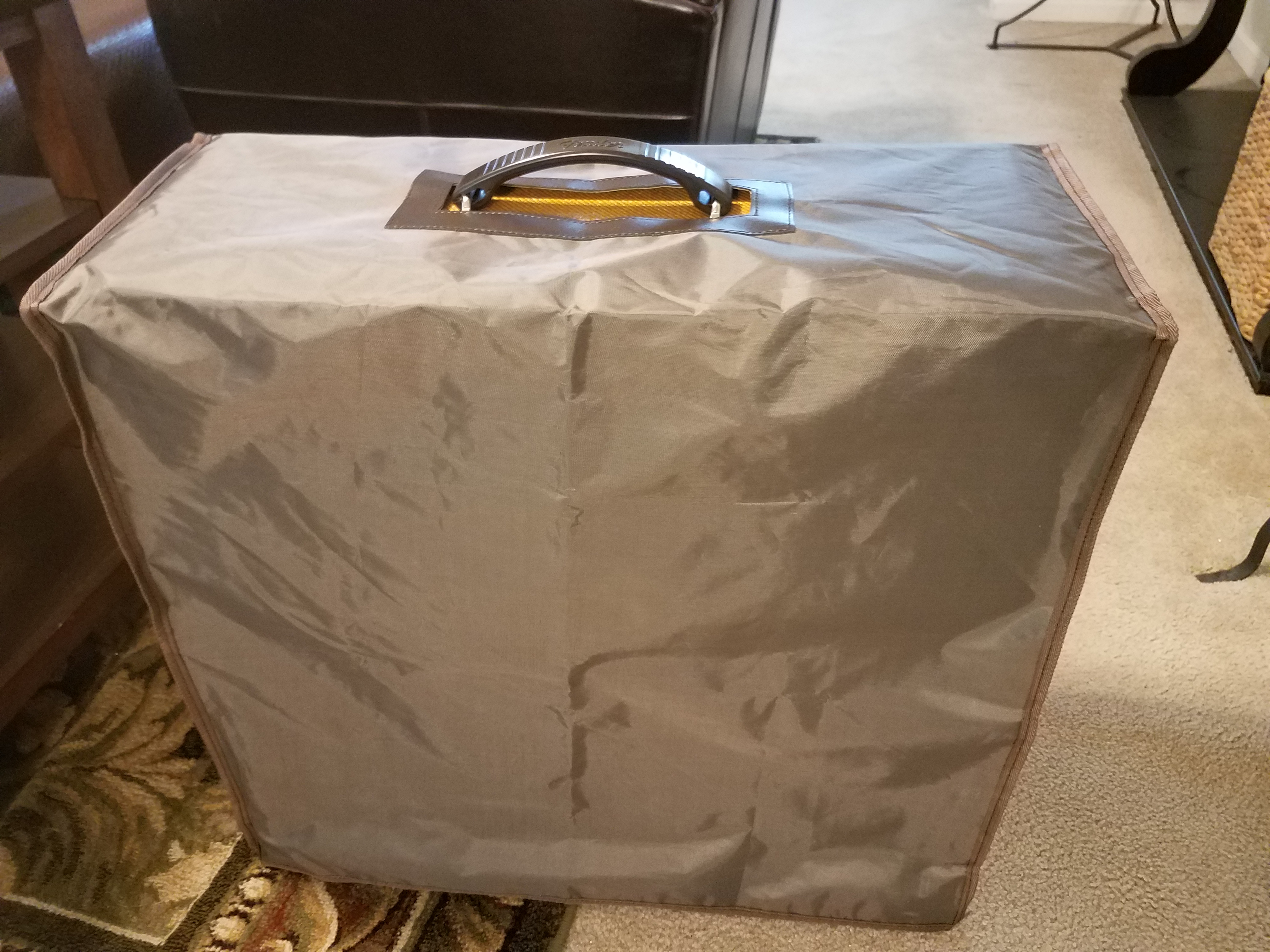 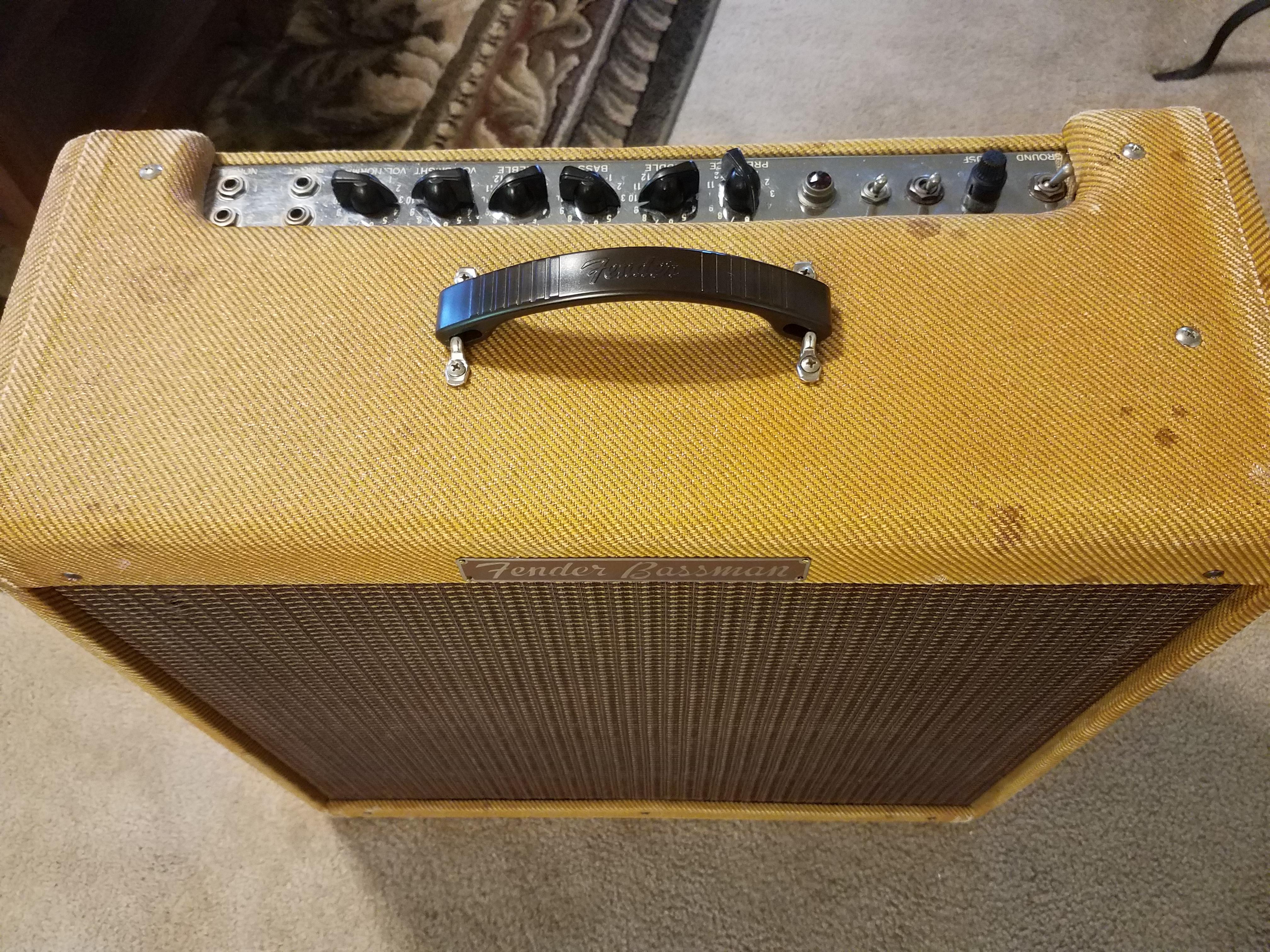 When I lived in Boston back in the late 80's, I drove down to Cesar Diaz's house and traded my all original, near mint tweed Bassman for a beautiful '62 cherry red ES-345 he had. He took that amp to the Power Station in NY the very next day and sold it to SRV, who then proceeded to use it all over the In Step album they were recording at the time. This amp sounds like that one. So cue up Caught in the Crossfire, or any of the other tunes on that disc if you want to know what this amp can sound like. Stevie was quoted as saying it was the most consistent of the 30 or so amps they had in the studio and it became one of his top amps from that point on. I credit that to the fact that it wasn't a beat up, wore out one (those can sound incredible, too) rather the speakers were fresh and tight. This one I have listed is like that. Fresh and tight but still has that golden vintage tone. Zero harshness, zero ice pick.

I have been fortunate to have owned 5 or 6 original Bassmans over years so I know what they're about and what a good one sounds like. This is a good one.
Last edited: Jun 8, 2021

Rossi- nice restoration and attention to detail. Great looking job. Bet the amp sounds even better than it looks. GLWTS!

Nice work! I was unaware that Weber would do paper formers. Good to know.

As usual, your builds are outstanding. GLWTS.
P

Hot damn!! I had a '60 as well that I never should have parted with. I'll be thinking hard on this one. The power of tweed compels me!