KingsXJJ said:
Which one? Regular, Mercury? Iridium?
Click to expand...

Mercury. The Iridium is designed more for hard rock/metal tones. The ME is an improvement on the original. Of course, that's subjective, some people prefer the original, but the ME adds a couple of features and also addresses some complaints/suggestions a lot of people had about the original.

ronmail65 said:
Just curious... nobody has mentioned a an AC15 or an AC30. Will these not get there?
Click to expand...

A voxysh tone is considerably different from a Marshall (though I heard that there might be some old ones out there where the parts-drift probably steered them surprisingly close
into the M-territory).
IF I'd consider anything like that, I'd definitely look for a used HK Puretone.
It can nail it and uses EL34 (like the AC50).
But alike the AC30 it's probably waaaaaaaay to loud - and I am shy of advising for a cathode biased amp for that airy tone.
That's why I shy away from the typical 18w types (though great, great amps, love mine!) for that as well.
The SV20 is PP, fixed bias, EL34.
Sure would make a difference, I'd guess.
G

ledvedder said:
Damn! That sv20 is exactly what I'm looking for, tone-wise. It's a shame that it's so loud.
Click to expand... 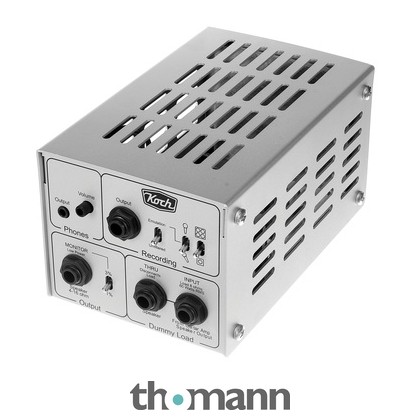 you say you are considering an 18w kit, you'll need an attenuator with that as well, and with the SV20 you have a 5w mode too, if you say the SV20 is exactly what you are looking for you should get it and the attenuator or you will be left wanting.
Last edited: Oct 21, 2020
B

tweedeater said:
Sounds a bit to shrill or icepick-y to me.
Click to expand...

It doesn't sound shrill in the flesh. Some folks have criticised it for not being toppy enough. It certainly doesn't have the traditional fender top end.

Used to have a Soldano Atomic 16. Didn't have enough headroom for my purposes, but it sure did rock. Might be worth looking into

1974x can be had used for $1500.
Killer hand wired amp.
BTW 20watt amps are not going to be good home use amps unless you can do stage volume at home. If you need those tones at home get a Class 5 and install a rheostat

guitarman3001 said:
Mercury. The Iridium is designed more for hard rock/metal tones. The ME is an improvement on the original. Of course, that's subjective, some people prefer the original, but the ME adds a couple of features and also addresses some complaints/suggestions a lot of people had about the original.
Click to expand...

But at its heart, it is a simple amp. Clean channel is Fenderish, Vintage channel is all Plexi (based on a Black Flag JTM), the Classic channel is JCM800, and the Modern channel is reminiscent to me of a Diezel or something like that. The clean, Classic, and Modern custom tone controls let you voice them beyond the regular TMB controls.

The amp is literally built around the Plexi (Vintage) channel that you're after. It does it very well and gives you the addition of a great clean, JCM800, and modern saturated gain, which is also perfect for singing, sustaining leads.

A lot of people on this thread have recommended it. I have one and it ended my search for Plexi and JCM800 tones. I understand no single amp will be the right solution for everyone but this one has nailed it for me (with the caveat that I'm a typical TGP fickle guitar player and like to switch my gear around, so I'm sure my attention will always be caught by the next "oooh shiny" thing). But for now, it's easily my #1 gig and rehearsal amp.

It's absolutely not a modeler or anything like a Katana. It is a simple amp that nails classic Marshall tones and has more configuration and channel switching options than many other amps. Don't be fooled by the fact that it looks more like a floor processor than a traditional amp.

Not sure where you're located but if you're in an area where you can buy from a dealer with a good return policy, I definitely recommend checking one out.

BTW, Thomas Blug has a video on youtube in which shows how he gets the VH tone with the Amp1 ME. He nails the VH tone....on the CLEAN channel! This is possibly the most versatile amp I've ever had.
Click to expand...

Isn't that the Iridium edition that he uses in that video?
S

ledvedder said:
I don't really see that as being AC/DC or early VH. Seems to be more of a blues amp.
Click to expand...

AC/DC is all about running "primitive" amps (Super Leads, JTMs, Bassman-like amps) at extremememememe volume, more than "gain," per se.

i would have to upvote the Bassbreaker 15 as being your ideal amp. Princetons, too. The Orange TH30 is a killer amp. Maybe too sizzly for you, but i would take one for a test-drive.

frankly, the best classic rock ("marshall") sound i've ever gotten was a tie between a dimed AC4, and a '59 bassman at about 90% volume.

4-, 5- watt amps are tone magic but they can be tough to gig with w/o being sure that you're gonna get mic'd and mix'd properly
C

Mesa Boogie TA-15 is great and provides a wide range of tone possibilities, but this is a head and doesn't have reverb. Mesa discontinued this model but they are available used for around $500. I would also consider Supro!
G

ledvedder said:
Isn't that the Iridium edition that he uses in that video?
Click to expand...

I've seen the Suhr PT15 without the IR stuff for around $1200 used. Sounds like a Plexi to me:

I built a mini 10 Watt clone of my '72 Marshall Super Bass that is spot-on. It cost me about $500. I was just posting a video of it and Youtube blocked it because of the AC DC song I played . I'll have to redo it with some original music. Here's some of the audio from that blocked video, switching between the two amps every two bars:

juniorhifikit said:
I've seen the Suhr PT15 without the IR stuff for around $1200 used. Sounds like a Plexi to me:

where did you see it for that price :O

G34RSLU7 said:
where did you see it for that price :O
Click to expand...

Yes, I'd like to know this as well!
A

ledvedder said:
Isn't this more hairy than the Dirty Shirley?
Click to expand...

Yes, I owned a PT20 head and there was zero clean headroom for me.
I thought it would be the perfect small club Plexi, but I couldn't get it to work out.

I just ordered the Amp1 ME. It should arrive tomorrow. Thanks everyone for your recommendations!

When I was gigging, I used a variety of Club Royales with two Teles, fronted only by an original blue FDII. My band did about a dozen originals every gig, and covered classic rock tunes by the following artists (I know I'll miss some, but this will give you an idea): ABB, BB King, Clapton, Dr. John, John Hiatt, Joe Cocker, The Stones, ZZ Top, Led Zep, SRV, Fabulous Thunderbirds, Storyville, Melissa Etheridge, Johnny Lang, Kenny Wayne Shepard, Squeeze, Peter Gabriel, U2, Creed, Steely Dan, Surf Medley (The Ventures, The Shantays, Johnny Rivers), Atlanta Rhythm Section .... and others (again, I know I'm missing some). Song list was only about 100 songs - and I would craft the set list for each gig two days before the gig. The Club Royales always delivered.

I used my various CR's for seven years solid. Gigs ranged in size from ultra small (75-100) to mid-size (500 seater) to larger (1,000+). The other guitar player in our band also used a TopHat Club Royale and King Royale.

Hope that gives you an idea what that amp can cover.
T

ledvedder said:
I just ordered the Amp1 ME. It should arrive tomorrow. Thanks everyone for your recommendations!
Click to expand...