Excellent article on Don Grosh and his exceptional instruments 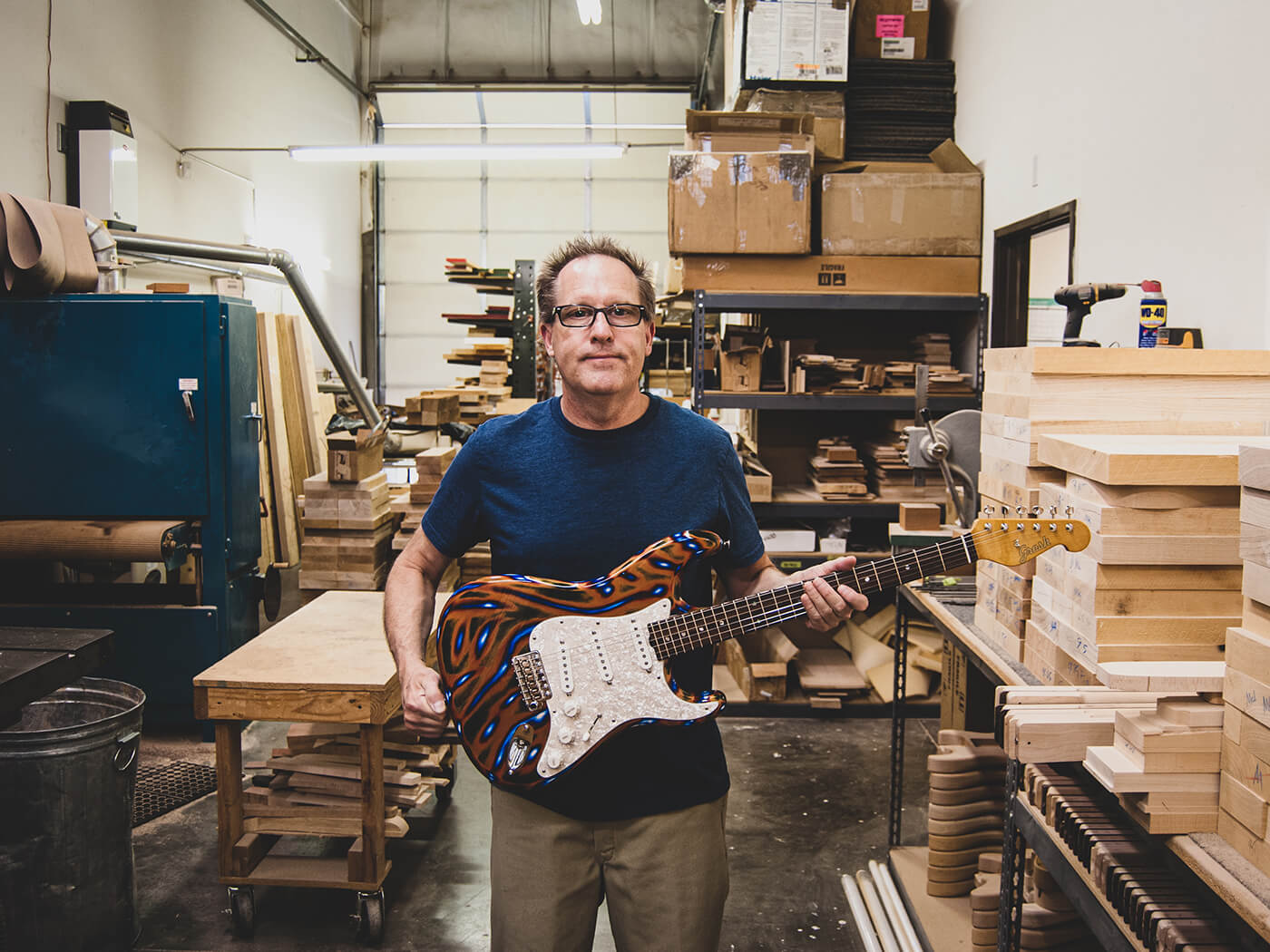 Riding skateboards and modding BMX bikes in SoCal in the 1970s, Don Grosh grew up in the shadow of some of the world’s biggest guitar manufacturers, but the key for this respected builder lies in keeping it small.

I totally misread that as "Grolsch love" and I would have to agree. Thanks for the straplocks!

As effusive as the piece is, it is still an understatement of how good his guitars are. 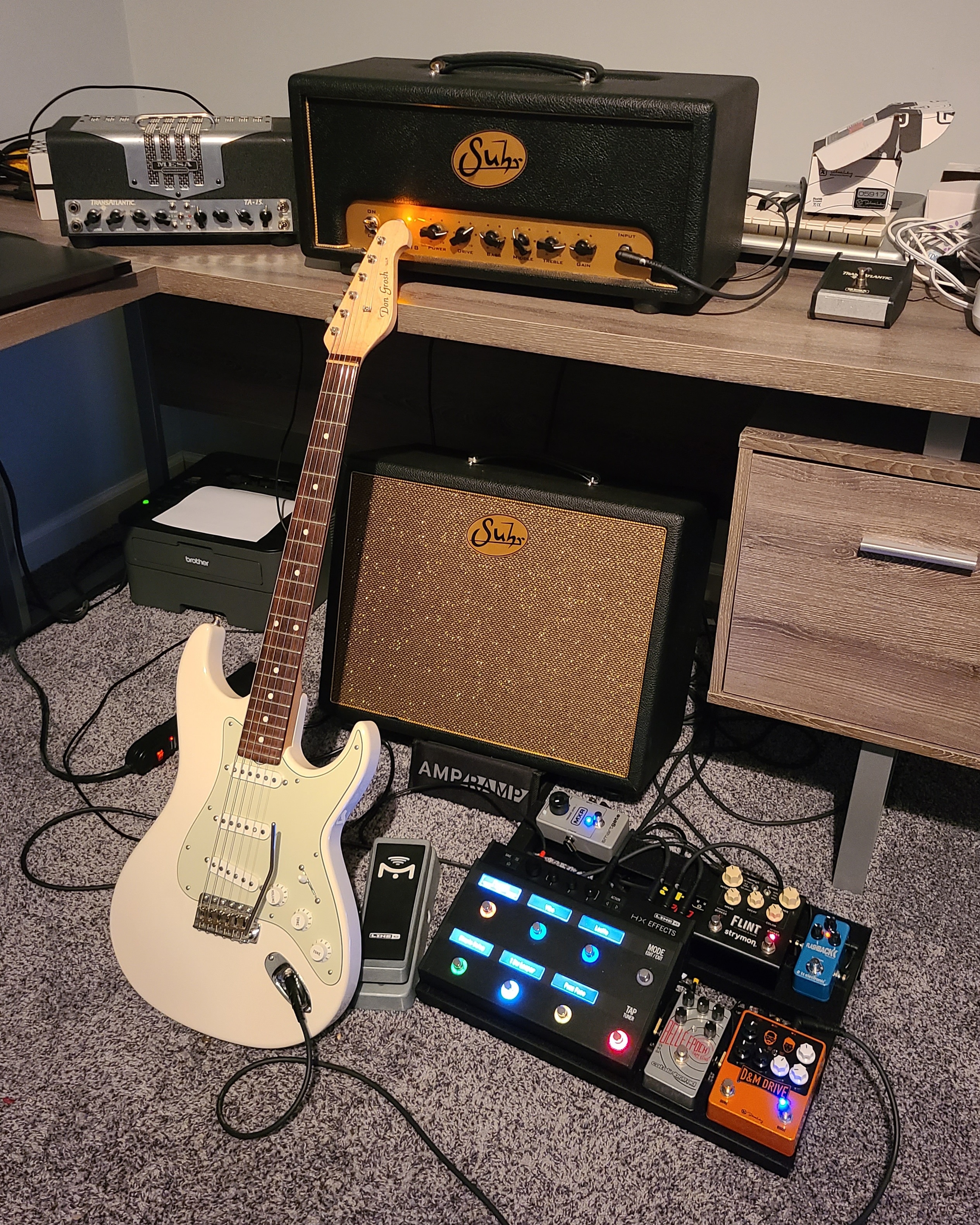 They are amazing! Thanks for the article.... 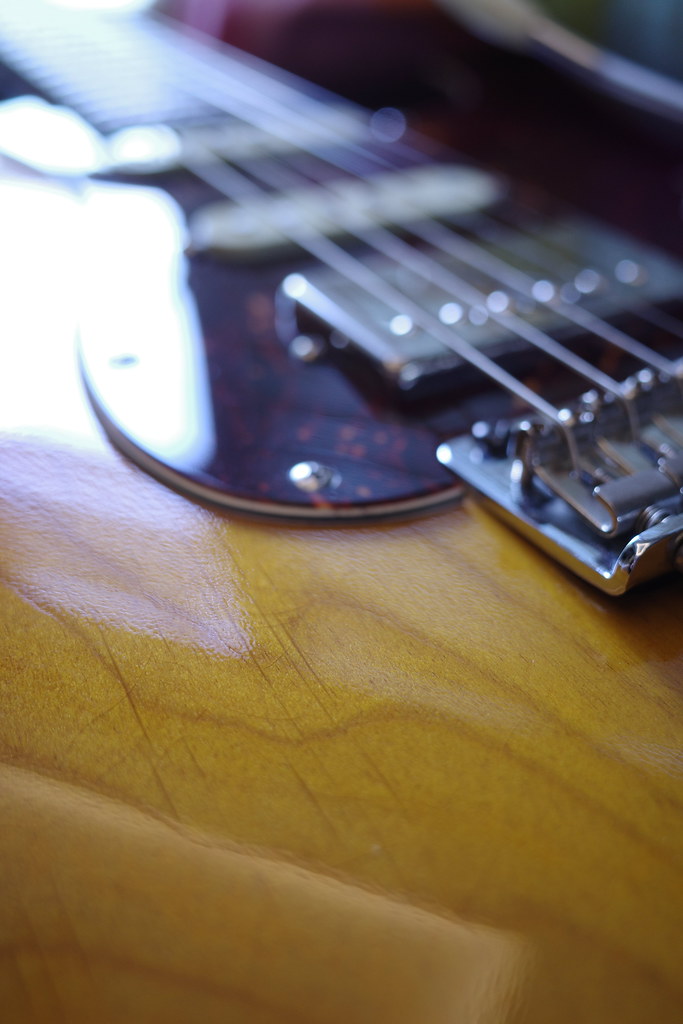 With its latest and 3rd guard: 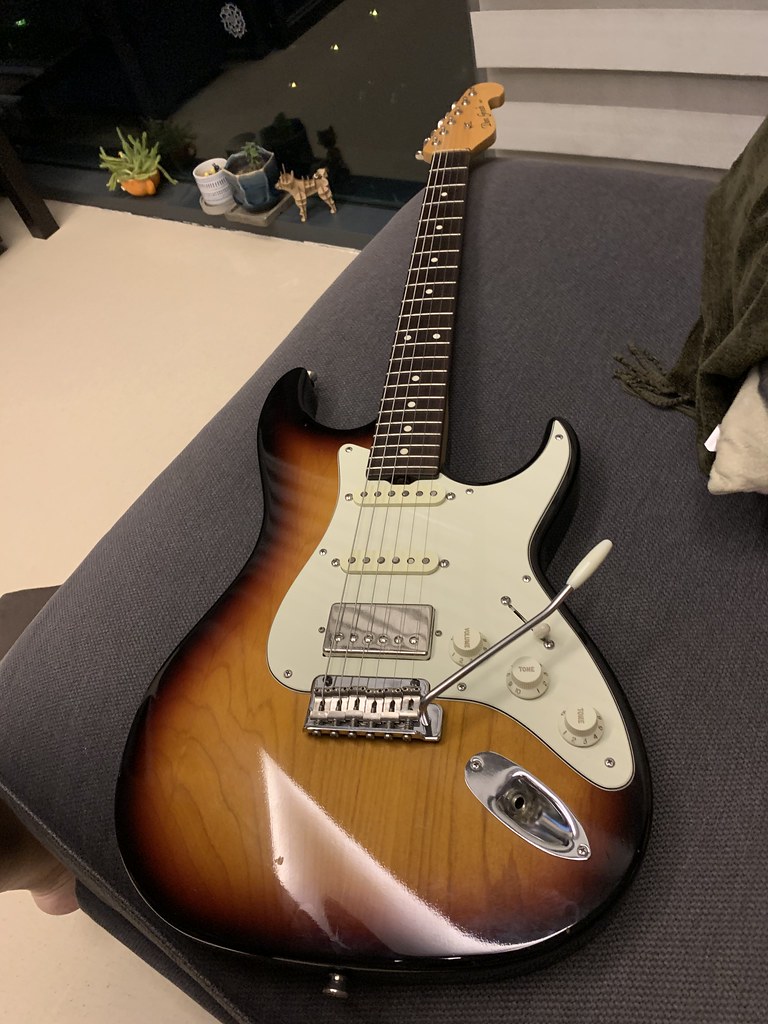 My Set Neck (from the early years)
Q

Great article, thanks for posting! Really captures Don’s innovation and excellence as a luthier. My Retro Classic and Electrajet are simply superb.

Great article. Found this one at a pawnshop 20 years ago. They had it and a red Peavey Strat copy marked at $200 each. I didn't know much about the brand at the time, but I thought it looked too classy for a pawnshop. Anyway, I offered $170 and bought it. It's a '96 Retro.

clmazza said:
They are amazing! Thanks for the article....

That one looks strangely familiar...

Never tried a Grosh but those YouTube demos with Joe Gamble were pretty awesome.

Back in 2009 we went up to Mass Street Music (Lawrence, KS) to pick up a custom ordered Anderson guitar and we were shown this Grosh just as a nicety.

As the case was opened my wife said "that's mine". She doesn't play.

Regardless we left with both the expected Anderson as well as my "wife's" Grosh.

It was (and still is) the most expensive guitar I've purchased.

I have an S-style and a T-style. Don's are as good as any I have played. Really under-rated for some reason

I've owned most of the brands including Suhr and Collings, none compare to Grosh. The look, feel and most importantly the sound is simply inpeccable. No pics at the moment (too busy playing them!) but my Electrajet with twin G-90's and NOS HSH are my #1 and #2 respectively. So yeah.
You must log in or register to reply here.
Share:
Facebook Twitter Reddit Pinterest Tumblr WhatsApp Email Link