Am I out of line?

I've been contacted recently by a rep from what they're calling the Urock Tour. They described it as a way for unsigned artists to get exposure playing with mainstream acts. A lot of it just seems a bit backwards to me though. First of all they tell me that WE don't have to pay for this opportunity (implying that we normally would). Also, we can't sell any merchandise. It also says that they'll talk to us about management, creative teams, development, etc if we'd like the help. If we choose to we can hire them to do this on two different levels; either $175 or $345 a month. Once were paying customers were allowed to compete for a record deal with a major label. Oh, and it's only after we start paying them that we would be able to sell merch at the shows.

So it seems to be "come play for free or pay us to play." I'm not terribly familiar with the inner workings of big tours like this being from a small midwest market, so maybe there's something I'm not understanding here. I know that sometimes getting exposure is more important than getting a big paycheck, but this just seems like a bit of a scam. I look at it this way. Were working people providing a service that costs us money. I'm always a bit irked by being asked to play for free unless it's a charity event. Am I out of line in this thinking?

Who is on thier list of mainstream acts that you get to play with?

sounds like a snake. you should chop it's head off with a shovel.

You pay them and can't sell your merchandise? You don't get paid from the gigs? They don't make a percentage from what you earn but charge a flat fee? Sounds like you get to pay them all your money solely for their benefit. I can't imagine what you get out of it.

Hire a reputable booking agent instead.

you pay them to take a chance on a big record deal....who the hell even wants one of those anymore?

ps: people die from "exposure". The only thing that free gigs ever got me was "more free gigs".
T

Snake oil salesman making money off all of the desperate bands out there trying to get any break they can. There were tons of these guys on Sonicbids selling this sort of service, it's all a load of horse crap. Their websites are always super vague, and their claims are grossly exaggerated... Run.
B 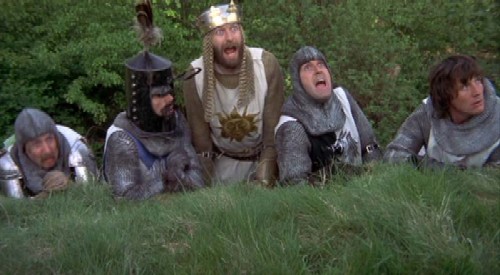 I know someone who was taken by a similar scam. They charged him thousands to record his album, which local radio wouldn't play because they were aware of the scam company's tactics of finding suckers and taking them for all they're worth.

The guy was 40 at the time (2006) and could karaoke-ish sing covers of country hits well and thought this was his big break, so made "the investments" necessary. The company required him to record songs they had written so they'd have publishing and all other rights, and it was on him to market and sell the album on his own. For all I know they could have been the same stock songs they use to scam all the other suckers.

He ended up playing for free opening for a larger act, Little Big Town once.

Of course you really can't catch fire if you are average and older to begin with, but then these scammers use these people as their mule.

It's really sick, and I don't know how any "big act" can be ok working with these leech types, but then again maybe they think it's all part of the same system as the leech contract they have with their own "big record companies".

Now that guy is back to being a manager at Wendy's.

I didn't know about it until he was in too deep. The reality is, some people really believe that you have to hit it big out of the blue, like winning a lottery. They will foolishly trade any amount of money for the ticket for that "opportunity". And these scam firms are set up like any casino really, with bizarre incentives for larger gambles.

I was floored when I heard the whole story. It was 2006-ish and I couldn't believe that someone paid to have all of these physical CDs they would have to sell on their own in that environment.

I just can't see how anyone can fall for this stuff.
These scams have been around in a hundred forms since the sixties.
Pro tip: no matter your level, you never pay to play.
M

woof* said:
I just can't see how anyone can fall for this stuff.
These scams have been around in a hundred forms since the sixties.
Pro tip: no matter your level, you never pay to play.
Click to expand...

Not necessarily true. Especially in the Los Angeles area (pay to play). Unfortunately, people fall for this stuff in part, because there's just enough perceived legitimacy in the scam to string them along in a way that convinces them their dreams can become a reality. It's really cruel.........

Tone is in the Ears

It does remind me of the "we turn your poetry into songs" classified ads you used to see in newspapers before the web came along...

"Are you a poet? We can turn your words into a hit song! Send us your poem and $100 money order and we'll send you a cassette tape of your words in a song, and from there who knows what could happen?"

"Record deal with a major label." Wow, that sounds great.

But unless you understand the terms of the "deal" up front, you could be competing for a major hose-job.

Rather than being your ticket to fame & fortune, it is just as likely (more actually) to be their ticket to squeeze you for every dollar you're worth, and then some.

cruisemates said:
It does remind me of the "we turn your poetry into songs" classified ads you used to see in newspapers before the web came along...

"Are you a poet? We can turn your words into a hit song! Send us your poem and $100 money order and we'll send you a cassette tape of your words in a song, and from there who knows what could happen?"
Click to expand...


If you want to here the results of what happens when someone clowns around with one of those ads, scroll down and listen to the following song, though not at work:

There's more than one way to make money in the music business.

Every time I do some copyrighting, about 2 months later I get letters from "record labels" wanting to put my songs on a "compilation disc" that will be heard around the world.
In order to qualify I have to send them a copy of my songs with a check for a few hundred bucks so they can "properly" record them.
In other words, they have found a clever way to sell useless demos.
You must log in or register to reply here.
Share:
Facebook Twitter Reddit Pinterest Tumblr WhatsApp Email Share Link