I don't know what you'd call this genre of music but when I was in high school and when I started to learn to play guitar one of my favorite bands was Funeral For a Friend. I absolutely loved how they had some punk elements, some hard rock elements and even some metal elements.

Are there any other similar bands out there that have the awesome melodic guitar work going on? I'm honestly not a punk fan but for some reason FFAF's stuff is just awesome. Yeah vocals are whiney and lyrics suck but I think that's standard for the genre.

What gets me is how their rhythm section is like this muted alternate picking technique that you hear in metal and it's AWESOME! What are you favorite bands that are similar? Maybe with some decent vocals actually??

Three songs from one of my favorite Rock records to date:

yelling at clouds from outer space

Check out Thrice and Rise Against!
L

Not the biggest Rise Against! fan but I LOVED Thrice's stuff, even some of their newer stuff is appealing to me.

Even the stuff I didn't like, I grew into liking.

My all time favorite is Thursday. But also check out Frodus, they are a little more thrashy, but their last album was a lot more restrained. Amazing lyrics also. And also check out a relatively unknown band called Trophy Scars. Their first few albums were all progressive post-harcore but they have morphed recently into a progressive, experimental, blues-rock band. I love blues-rock so it was an awesome transition for me but seriously check em out! If you want to get a little more hard than stuff like that, check out a band called Underminded. Also one of my favorites.

And Loma Prieta who mixes in a bit too much skramz to really be post-hardcore, but they're awesome anyways.

voxylady said:
But also check out Frodus, they are a little more thrashy, but their last album was a lot more restrained. Amazing lyrics also.
Click to expand...

LOVE Frodus! They never really got chugga-chugga heavy (although the two songs on the Frodus/Roadside Monument were definitely very heavy), but I think they were just great.

I liked a lot of things about FFAF but I had a hard time getting past the vocals. Some songs were great, but some songs I just can't listen to on account of the vocals.

I like a lot of the earlier-to-mid-period Underoath stuff. I never cared for their image/persona/stage presence, but I still like listening to those albums, whiny vocals and all.

There was another band called Beloved (on Solid State Records) that I liked too. Kind of the opposite of Underoath in that the lead vocalist did the melodic vocals and the drummer the the screaming. Less metal-core than Underoath. Vocals were kind of whiny, but the drummer had a great screaming voice.

I like a lot of the Panic Division stuff--I am mostly familiar with the Versus album--but they are definitely on the more melodic vocals + wall of sound guitar w/ melodic lines on top side of things (then again FFAF had some stuff like that too).

Forgot to add a link to trophy scars so you guys can check them out! Here is what they used to sound like....
www.youtube.com/watch?v=HtPJir2N9bM

And here is what they sound like now...
www.youtube.com/watch?v=HKw9mOaCQpU&feature=relmfu
G

Check out "Nor Am I" for a little local ATL taste from the early 2000's. Favorite post punk/hardcore band of all time! DO IT! 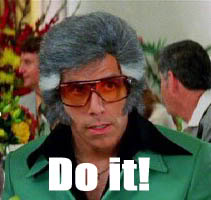 voxylady said:
Forgot to add a link to trophy scars so you guys can check them out! Here is what they used to sound like....
www.youtube.com/watch?v=HtPJir2N9bM
Click to expand...

They sound a pretty good deal like early Converge, the vocalist especially. No surprise considering the name.

The Last Rebel said:
They sound a pretty good deal like early Converge, the vocalist especially. No surprise considering the name.
Click to expand...

Have never noticed before but now that you mention it, I do hear some similarities. But I have always loved their combining of experimental with hardcore elements. They are a very unique band, but if you like psychedelic, and blues, check out their latest ep "Never Born, Never Dead" and while I loved their older harder stuff, I absolutely love their newer more mature stuff.

Refused, Cursed, and His Hero is Gone would seem to qualify here, all great bands. I'm sure a few other artists in my collection would qualify.
N

gallows is more my speed:

too bad about frank carter.
C