Hello Everyone,
Judging from the YouTube clips I've seen, 3rd Power's Hybrid Master technology is really impressive.
Does anybody here know what kind of technology he's using? Is it the same as London Power's power scaling?

I'm not a technical person and don't know much about power scaling. All I know is that it works really well on my British Dream. In fact I rarely go past 12:00 on the Hybrid Master. The video speaks for itself.
T 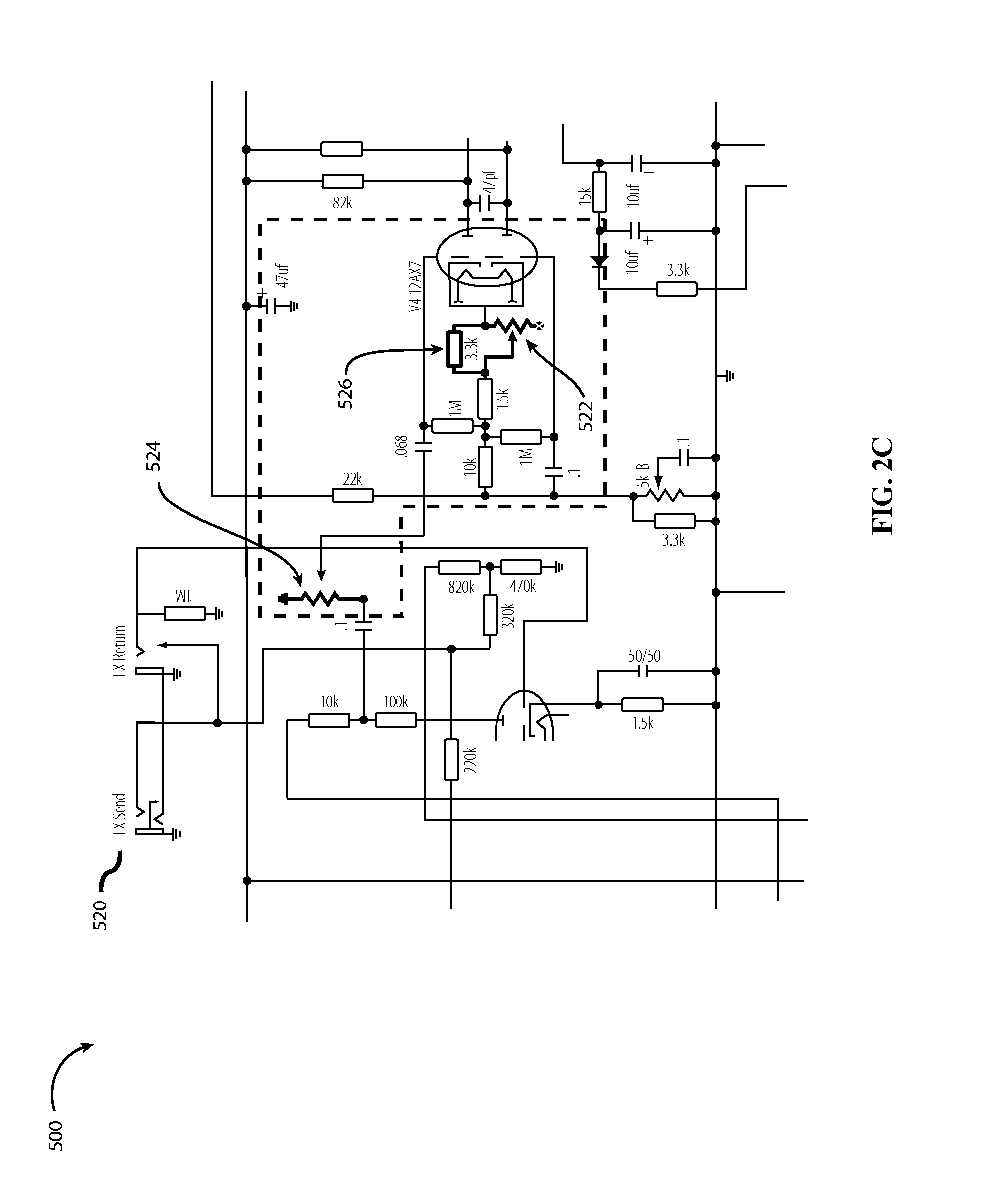 First half of the potentiometer is wired as ordinary "master volume" control: Pot works as passive attenuator before the PI stage of the power amp.

Second half of the potentiometer is wired as a variable resistor and serves duty as the "bias" resistor of the long tail pair PI. Varying bias resistance practically varies PI current and therefore PI stage's headroom as well. So, it's a control that allows reducing PI stage's clipping threshold below the clipping threshold of the power tubes.

Randall Aiken describes the function of the resistor much better than I could:

This resistor will determine both the quiescent DC plate voltage (a smaller resistor equals more current, which results in a lower quiescent DC plate voltage), which determines the symmetry of the clipping, and the "headroom" of the PI. It also determines the headroom of the grid input, which also determines the point at which the PI clips, relative to the input grid voltage. Subjectively, higher currents are usually attributed a "warmer" tone. Too much current results in too much non-linearity, and adds unwanted harmonic distortion even to clean sounds. This resistor is best set to give a fairly decent clip characteristic for the PI, or best linearity, or tone. (Be sure to disconnect any global negative feedback before testing this, as the feedback will tend to correct distortions present in the phase inverter). Since this resistor is the main controller of the current flow, it will drastically affect the quiescent DC levels at the plate, the grids and the cathode. This resistor has a large effect on gain.
Click to expand...

So in effect you get "power amp clipping".... although it's PI stage clipping only. So not quite the same as "real deal". The "PI current starving" scheme is pretty common to us from e.g. certain Mesa/Boogie amps, Carlsbro amps, Mojave amps, etc.

An interesting side note is that 3rd Power Design incorporates a negative feedback loop and a negative feedback -based presence control. Lowering open loop gain via PI bias will hinder their operation and the negative feedback will also "correct" some distortion of the PI stage, but probably with the side-effect that very hard clipping just becomes more abrupt.

Anyone tried this in a blackface style amp, and which values for the dual-gang pot do you recommend? 100k?

I find it slightly odd that this type of circuit could be patented, as I remember reading about in forums like the hoffman board, way back...

No discredit to 3rd power amps, it's simple a cool and simple idea (usually the best kind), but I'd never think of this to be patent material.
Last edited: Jul 24, 2020

riscado said:
... I find it slightly odd that this type of circuit could be patented, as I remember reading about in forums like the hoffman board, way back...
Click to expand...

Funny you should mention it, as I remember those forum-posts! There were a lot of bright ideas passed around on that forum that later appeared in production amps. Hmmmm...

Simply put, anyone can patent anything. Once upon a time, the patent examiner might reject concepts they knew to already be patented. The real test comes when someone tries to defend the patent in court. I don't know whether the open discussion on the forum amounts to "public domain" or "prior art" or if a court would decide that the first person to actually submit paperwork to USPTO gets to financially benefit from the invention.


riscado said:
Anyone tried this in a blackface style amp, and which values for the dual-gang pot do you recommend? 100k? ...
Click to expand...

You'll probably have to test it out & decide for yourself what works best.

I would think the pre-phase inverter section (#524) would need to be 250k-1MΩ. The long-tail bias portion probably needs to have a max value as much as 10x the bias resistor, so maybe 50kΩ? Rough guess is audio taper might be correct for both.

It points to having a perhaps unusual or custom dual-gang pot. You could experiment with 2 individual pots to see what works best, assuming that you would turn each to the same %-rotation.
R

HotBluePlates said:
Funny you should mention it, as I remember those forum-posts! There were a lot of bright ideas passed around on that forum that later appeared in production amps. Hmmmm...
Click to expand...

The hoffman board were and still are full of bright, helpful and experienced guys that were not only willing to experiment circuits and share their findings, but also super willing to help.

I actually remember you from there. And I believe I owe you a word of gratitude as I you helped me quite often, with questions I had.

I also believe and agree that a lot of the ideas discussed, seem to have made it on to production amps out there.

Thanks for the reply, I was thinking about trying it with individual pots, as custom dual-gang pot might be hard to find.
Last edited: Jul 24, 2020

riscado said:
... I was thinking about trying it with individual pots, as custom dual-gang pot might be hard to find.
Click to expand...