An audience of one is a lot for a jazz guy such as myself.

Lots of flatbed gigs. Often with no steps, and the PA is a hobbled together setup with a couple Peavey power amps and a single B52 sub.
Crowd size. yes.

Doesn't seem as bad as a booking agent setting one up on a Sunday morning in the gym of a giant retirement community where a pissed off lady slipped me a note saying "would you please stop what you are doing? We're trying to eat our breakfast."

Kinda. We didn't have a roof: But yeah, "trailer stages" are pretty common for outdoor special events. Cheap to rent, stable(ish) and at least enough room for a drum riser/backline.

What I really like, though, are the real trailer stages: That whole thing sets up in a couple hours with a few extra pairs of hands, then collapses back down to a large-ish trailer. Fully loaded with lights and sound, you're looking at $80k-$120k depending on how nice a system you spec. And this is our stage contractor friend's small trailer: As for playing to the lead singer's mom and the bar staff (none paying cover)? Yeah, been there.
Last edited: May 19, 2022
G

Parks dept stage. Yes.
I saw Buddy Montgomery play in one of those.

Am I the only one who noticed the bass player hiding behind the speaker?

Also, could be that when the sun went down, the crowd goes nuts and the kid suddenly pops up behind the board, pushing the button on a smoke machine while smoking a cigar sayin' "damn right I booked those guys"

I can almost hear Hit Me With Your Best Shot from here.

Cedar said:
I can almost hear Hit Me With Your Best Shot from here.
Click to expand...

This is when learning "Bungalow Bill" pays off

Yes to the flat bed stage.

Yes to the one person listening.

Not both at the same time, though.

The “audience” is probably the lead singers kid.

Yes, on the crowd and the truck. When you gig multiple times a week, it will happen frequently.

Yup. I refer to it as "Paid Practice". 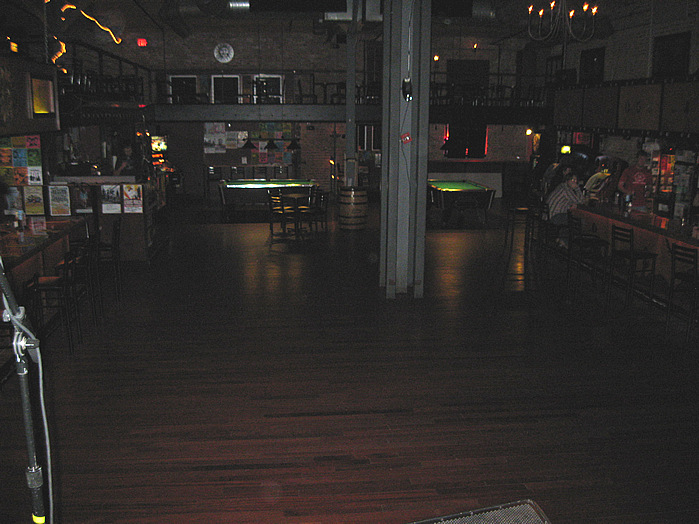 Reminds me of the recent Super Bowl halftime show trailers. Have played on a trailer, never at a trailer park.

Juanito Dedos said:
Reminds me of the recent Super Bowl halftime show trailers. Have played on a trailer, never at a trailer park.
Click to expand...

I played a house party at "Sunny Side Trailer Park" Clearwater, FL sometime in the 90s inside a mobile home. It got out of hand to the point where the guy took a sawzall and cut the back wall off of it to "make more room". The bonfire going out back got out of hand so the cops showed up and it was party over. With the back of the trailer cut out. Hilarious.

Years later, my wife and I are watching a crime show and guess where the gruesome stuff happened? Sunny Side Trailer Park

Where the band outnumbered the audience? I think so.
R

On a flat bed? Many times.

No one there? Oh yes.
Did a ski resort in the Cakskills, mid 70s. Except, there was no snow. None. Friday night, Sar afternoon and night, Sunday afternoon. Pretty much no one. Best part, right when we got done on Sunday, it started to snow, got to drive home in a blizzard.

Doing road gigs, same band, one nighters. Get this gig somewhere in Mass. GREAT place, just built, opening night. The place was set up so cool. It was in an industrial part of town, so the loading dock you could back a truck up to, or drive on if you had a van. Double door opens on to the stage, great load in. Front of the stage was sliding door things, so you could store all your junk unseen under the stage. A place for the board that was protected with a snake already run. Grand opening, the old place which had been hugely popular had burned down, this was the new one. Because of that, we took the door (which wasn't uncommon then, and we often made a lot of money from the door). Well, someone forgot to put the ads out for their "grand opening". Being industrial area, no walkins, no drive by. ONE guy showed up. We did the whole night to one guy, who clapped and drank beers and seemed to enjoy it. He bought one of our albums, which got us just enough money to put gas in the truck to get to the next town.

Did a gig outside, fair in City of Industry, down by LA. It was cold and raining off and on. We mostly played to empty seats. And when we got done, we walked across to the main stage, where Tower of Power came out and played to our band and maybe 10 other people. They kicked ass anyway.

FuzzyAce said:
On a semi trailer, yes. But there were a bunch of bikers there.
Click to expand...

John Waite opened for a band I was in years ago. Well......he happened to do his thing first then we played, is how that worked ;-)
Anyway, the whole gig was on a trailer like that, rolled up to the city square. Wasn't enclosed though.
I ran sound for John for his set.
John rolled up in a limo, then he stepped up on to the trailer from the tailgate of our drummers PU truck. Our drummer said, that's it, I'm never washing the truck again
Last edited: May 19, 2022
E