Bands that you really didn't care for at all early on but maybe years later realized how incredibly talented and brilliant they were ...

One band that stands out for me is The Eagles.

They were up against some tough competition back in their day such as the Beatles (already gone by their time but certainly still in rotation), Led Zeppelin, Deep Purple, Grand Funk Railroad, Aerosmith, Pink Floyd, Lynyrd Skynyrd and about 500 other awesome bands. Listening back now I realize how amazing they were in terms of great song writing and great live performances ... probably one of the best bands live ever!

Personally I think they weren't Rock and Roll or heavy enough for me but now looking back I realize how great the vocals were and how tight they were live.


Ok, so that's just one example, what are some others??

I didn't "get it" for probably the first 20 years I played guitar. Then, I heard Images and Words with fresh ears and was blown away. Now, I can't stop listening to them. And Liquid Tension Experiment.
J

Weird, but....Pink Floyd. I "re-listened " to Animals recently (the first time I was in Jr high & dismissed it), but WOW! they deserve all the fame they received. Just amazing musicianship.

I'm shamed to admit, Stone Temple Pilots. When Core came out I was 15, all everyone talked about was how they were copying Pearl Jam and weren't even from Seattle.

Thankfully now I can look back and hear the incredible catalogue of songs without the group thinking.
S

I hated the vocals of Alice in Chains when they were around. Then, between the time they broke up and before Lane Staley died, it finally clicked for me. Now it's my favorite part of their music.

I also didn't care for the Talking Heads in the 80's. But sometime around 2000, they finally started to grow on me. Now I can't get enough! Same with Sonic Youth, but I think everyone has that experience with that band. You're born hating them, but then you hear one song you like, and suddenly it all makes sense and you see the genius behind what you thought was just noise.

Now that I think about it, I could probably name hundreds of bands like this. Not only do your tastes change over time, but you get exposed to new stuff that puts old stuff in a new light.

It took me a long time to appreciate them.

3 artists I didn’t get or care for until I was in my early 20s: Stones, Bowie, Tom Petty

it took me a while to get in to Bruce Springsteen and Joni Mitchell but I finally did! (I'm not talking about Born in the Usa or Both Sides Now - I'm talking about the majority of their deep catalogs)

It took me a long time to appreciate them.
Click to expand...

If Kenneth Williams had embarked on a rock 'n' roll career and had Noel Coward doing his songwriting they couldn't have managed a more camp piece of, er, genius songwriting. The attitude is all sorts of outrageous. The music is really inventive.

I sort of got them around Live Aid, where they were the best act by a country mile. But it has taken me a long time to get them properly. Same with ABBA. Took decades. Now I really get it.

The '60s and '70s gave us some sublime three-minute symphonies that it took me a few decades to understand. My fault.

Hated them in high school, and thought all my "new waver" friends were stupid for going to see them on the Synchronicity tour.

In the 80's I lived with a bunch of hippies that dragged me out to several Greatful Dead shows. I would never consider myself a dead head and I don't even own any of their recordings But I have a friend who's in a top notch San Fran/Dead cover band and it's very enjoyable to watch live. It's way more complicated then I ever thought.

And…don’t laugh… Bob Seger. And… Jackson Brown. I can’t figure out how Seger and Brown were able to write from, seemingly, an older generations perspective. They both wrote from a nostalgic point of view that didn’t make sense to me as a kid.
Last edited: Aug 3, 2021

I was an early 90's grunge kid, and hating on "old" or, even worse, "fake", came with the membership. I feel like I had an open mind for variety at a young age, but definitely decided against some huge bands and even genres that I came around to later, after losing some of the Young Man Angst.

Petty was absolutely one of those.

Part of it for me is definitely the experience of becoming an adult (and parent) affecting my outlook on life, and how lyrics represented life.

"Simple" or even "simplistic" seemed to gain nuance.

The older I get the more I like them 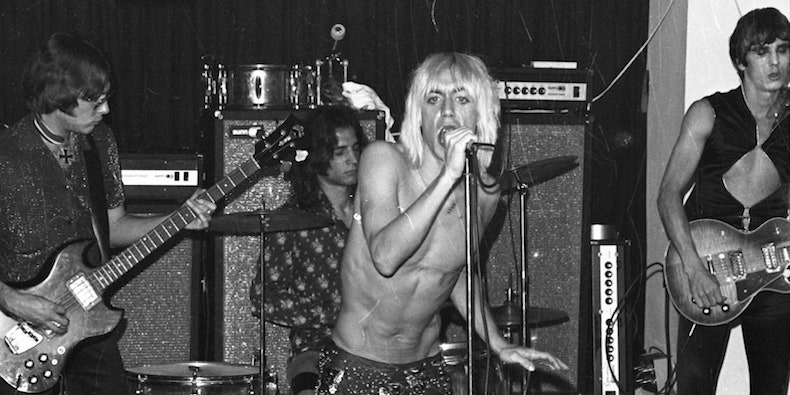 I couldn't get into The Stooges early stuff, but then I bought some of Iggy's solo stuff & loved it so much that I re-listened to The Stooges.
American Caesar is a great album, BTW.

The Rolling Stones, who I hated growing up vicariously through my dad (who convinced me all British musicians from the 1960s were awful, though Led Zeppelin cured me of that delusion and I eventually realized the Stones are just amazing).

Nirvana. I'm still mad at them for killing off the best of the best of the Sunset Strip bands, who were just starting to get discovered (after GnR, bands like LA Guns and Faster Pussycat). But along the way I realized how truly groundbreaking their approach to music really was.