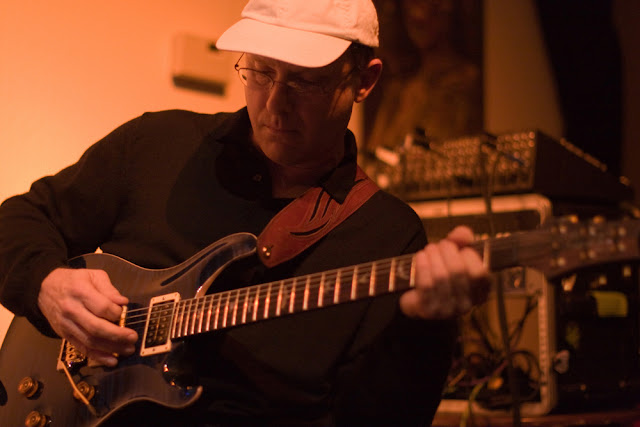 Barry Cleveland is a San Francisco Bay Areabased guitarist, composer, sound designer, recording engineer, and producer.
He also served as an editor at Guitar Player magazine for 12 years, and worked at Mix and Electronic Musician magazines before that. Cleveland’s book Joe Meek’s Bold Techniques has become a cult classic, and he also contributed two chapters to Whole Lotta Led Zeppelin. His latest journalistic endeavor is The Lodge. 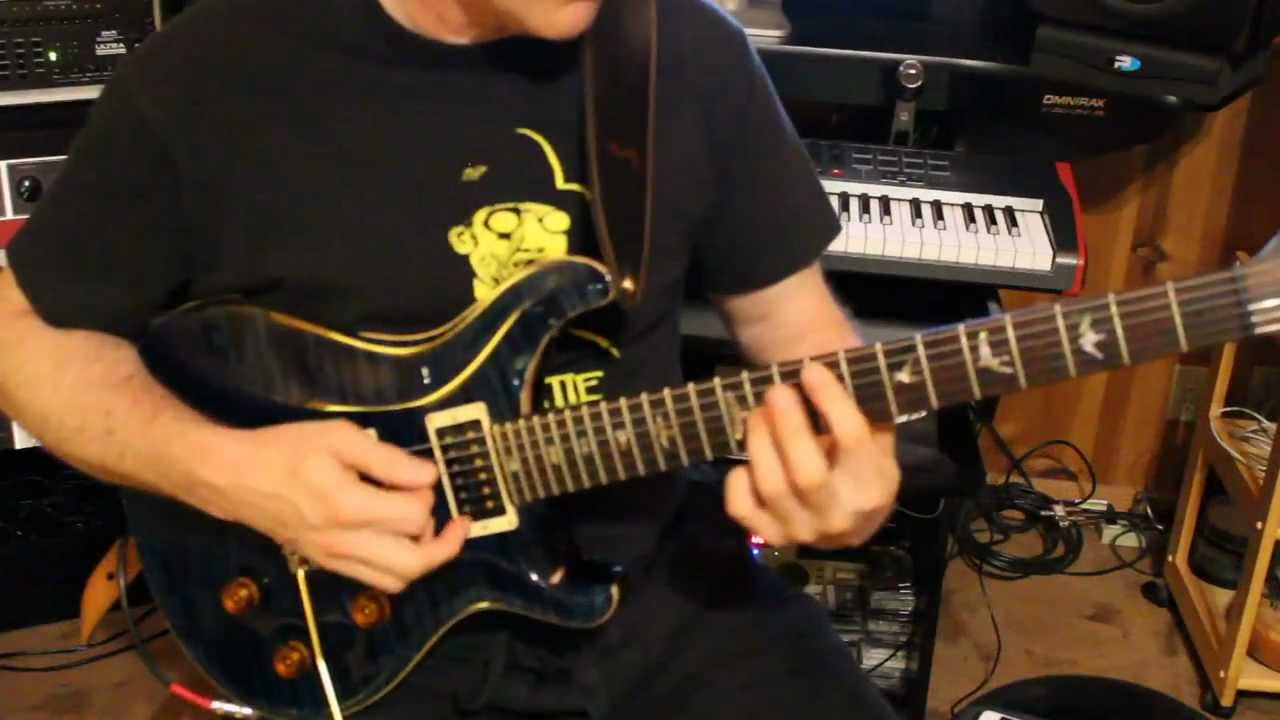 Cleveland’s guitar playing spans numerous styles, ranging from ambient to progressive rock, and spiced with bits of ethnic, psychedelic, and other influences drawn from the entire history of the electric guitar. His personal approach to sound sculpting is based in the deep use of electronic processing, as well as live looping, influenced by artists such as Robert Fripp, Brian Eno, Daniel Lanois, and David Torn...

During the ’90s, Cleveland was a member of the improvisational quintet Cloud Chamber, a group that included Michael Masley, Michael Manring, Dan Reiter, and Joe Venegoni. Cloud Chamber performed throughout the Bay Area for several years, and released Dark Matter, produced by Cleveland, in 1998. 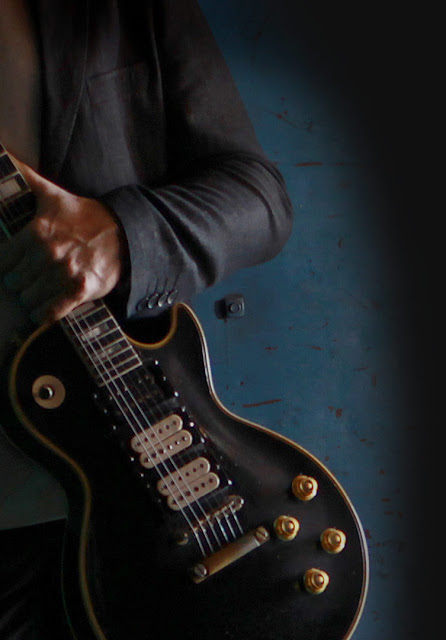 Cleveland’s Volcano (2004), is an explosive mixture of African and AfroHaitian rhythms and progressive, jazz, ambient, and world music elements, featuring Michael Manring, Michael Pluznick, Norbert Stachel, Michael Masley, Max Taylor, Lygia Ferra, and other artists. The 2CD Memory & Imagination (2003) features the very best of Voluntary Dreaming and Mythos on one disc, and nine loopbased improvisational guitar and percussion compositions on the other. 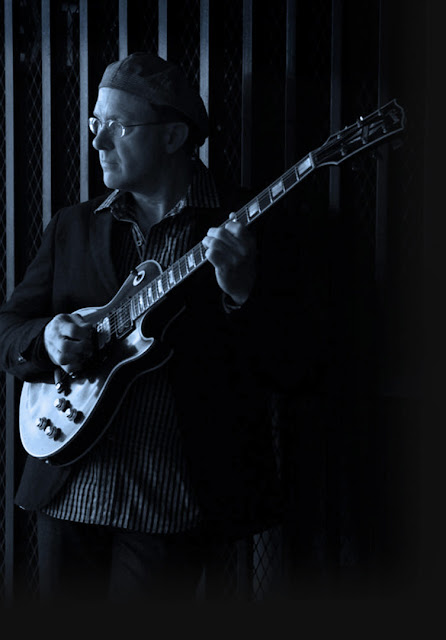 Cleveland’s mostrecent release, Hologramatron, pushes multiple musical envelopes simultaneously. Largely a response to contemporary social, political, and even spiritual realities, Hologramatron may be viewed as a modernday “protest album” that draws inspiration from a musical continuum spanning art rock, psychedelia, avantmetal, ambient, global fusion, trance, and funk—with two early’60s pop covers tossed in for kicks. Cleveland is all about sound—from his guitar playing to his compositions to his production—and it is the deeply layered, highly nuanced, and idiosyncratic sonics that unify this wildly eclectic material. 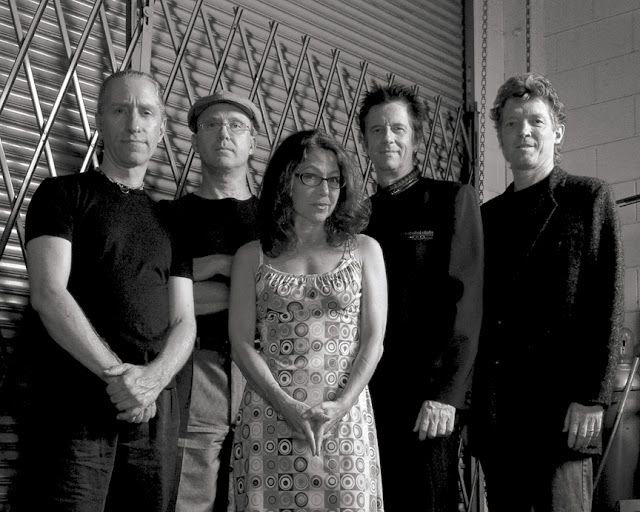 Besides playing guitars on Hologramatron, Cleveland deployed the Moog Guitar and both acoustic and electric GuitarViols—hybrid bowed instruments tuned like a guitar—along with myriad effects processors and devices such as a Chinese erhu bow, Masley Bowhammers, and the Ebow. 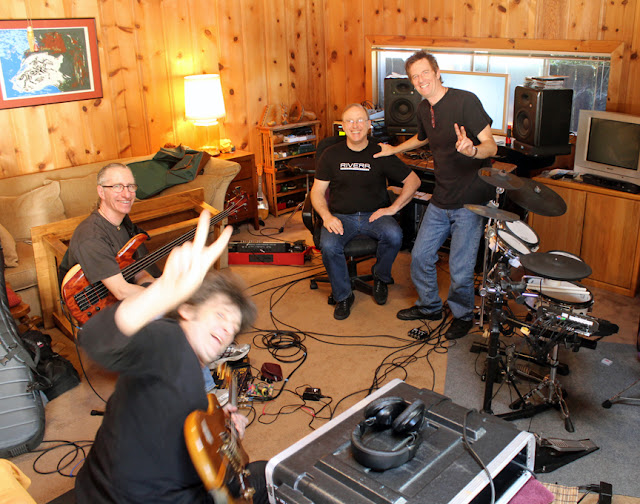 Which was the first guitar that you remember?

My first guitar was a double-cutaway Greco semi-hollowbody electric with a Bigsby style vibrato tailpiece, if that’s what you mean. If you are asking what’s the first guitar playing that I remember hearing it would probably be Les Paul’s, as my parents were fans and had at least one LP, on the cover of which Les was holding a goldtop. My favorite Les Paul & Mary Ford song was Tiger Rag. I was probably four or five at the time. Listening to Les may also have subliminally sparked my fascination with effects and sound-manipulation. My desire to actually play the guitar, however, likely began with The Beatles—though that may have had as much to with the fact that they were hip, rich, and had girls chasing them as it did with playing music.

What do you expect from music?

I would never presume to “expect” anything from music, as that runs counter to my experience of the relationship between the artist and the muse. If anything, I’m more concerned with what music expects from me. In terms of listening to music, however, ideally it will transport me to someplace beyond my ordinary state of mind, expand my awareness, and possibly even alter the course of my life. Early examples of the latter include hearing Jimi Hendrix, Jeff Beck, and Terje Rypdal recordings for the first time, and seeing Led Zeppelin, King Crimson, Pink Floyd, Weather Report, and the Mahavishnu Orchestra in concert as a young man. Music has the power, at least potentially, to transform the mundane into the transcendent, and to provide a glimpse, if only for a moment, of what it might be like if we were truly human beings.

You were an editor at Guitar Player magazine for 12 years. How did that experience affect your guitar playing and your music?

During that time I crossed paths with hundreds of guitarists, from superstars to emerging artists, and I learned something from all of them. Having the opportunity to pick the brains of guitarists whose playing had formed the foundation of my early musical life, such as Jeff Beck, David Gilmour, Eric Clapton, Tony Iommi, John McLaughlin, Terje Rypdal, and Robert Fripp was truly mind-boggling, though I often gleaned as much or more from less-iconic guitarists, such as Nels Cline, Wayne Krantz, David Torn, and Daniel Lanois. And although I did learn a lot about technique and how to, say, go about getting particular sounds, usually the most meaningful things I took away had to do with perspective and what it means to live a creative, artistic life.

Besides interacting directly with artists, I also received about a hundred new releases every month, nearly all of them featuring guitar. Being continually exposed to so many extraordinary guitarists playing in diverse styles was both inspiring and humbling, and naturally affected my own playing and composing.

You also wrote a book about Joe Meek. Did that involve guitar or your music in any way?

Well, a huge part of what I do musically involves using the recording studio as an instrument, so there’s a direct connection there. Joe Meek is an extraordinarily important figure in the history of recording generally, but more particularly he was making very interesting and idiosyncratic records in what was essentially a home studio in the early and mid 1960s. His signature sound involved over-the-top compression, delay, echo, reverb, and other effects, all of which are important in my world, and his obvious passion for experimentation is both inspiring and contagious.

My book, Joe Meek’s Bold Techniques, was primarily written for engineers, producers, and other recording enthusiasts, so it’s fairly geeky, though there’s also a considerable amount of guitar-related material. Meek worked with a lot of great guitarists, including Jimmy Page, Steve Howe, and Ritchie Blackmore, and interviews with Howe and Blackmore, two of my favorite guitarists, are included in the book. There’s also an interview with Les Paul, whose career is curiously interconnected with Meek’s in numerous ways.