Bought used from Dave's Guitars about a month and a half ago. So I'm late! But I've been busy playing, so I don't feel bad!

This guitar immediately became one of my most played instruments. It's fantastic. Credit to Dave's - it arrived set up, polished, and looking basically new. It played beautifully right out of the case.

So the Standard hits a few marks for me right out of the gate. This one has the Pattern Regular neck, which I quickly found to be an ideal carve for me. I can get along with WT and WF necks and their variants from PRS, but this one feels great. The guitar is incredibly resonant. I like the trem bridge because it adds the inherent vibe and the slightest amount of Strati-ness. I actually didn't realize how much I would love that on an instrument like this, but it's so familiar and sweet. Body shape is super comfortable, and the aesthetics are sharp, and pretty understates as PRSs go. Fine with me.

Tonally, I'm really liking it. I know lots of people change pickups on S2s pretty quick, but I am digging these stock pickups pretty well for the time being. They are the 58/15"S" models. They're on the warm side, but have a touch of high end sparkle. They suit the instrument really well, and I'm finding them very workable for a whole bunch of different things. I usually have a hard time leaving well-enough alone, so I may experiment down the line, but there's no reason to mess with them at the moment. The only thing I'm not crazy about with these is the tone of the coil splits. Not my favorite. But that's a pretty small gripe.

Correct! It's not! I've owned a Core McCarty, and it was a great instrument. I felt foolish selling it, but didn't miss it when it was gone. It just wasn't "Me" if that makes sense. I've played a bunch of Core instruments, and they were all impressive. But as far as fitting my tastes, this one is working better.

I've had a few SEs over the years, too. Very cool guitars. Same thing as above, though.

Ultimately this thing will see a lot of playing time. It's a very well made and well appointed utilitarian axe, which, I've come to realize, is very much my jam. Neck is the right fit for me. Fretwork is amazing. Super resonant. Great tones. I dig the look a lot. Successful purchase, ya know? 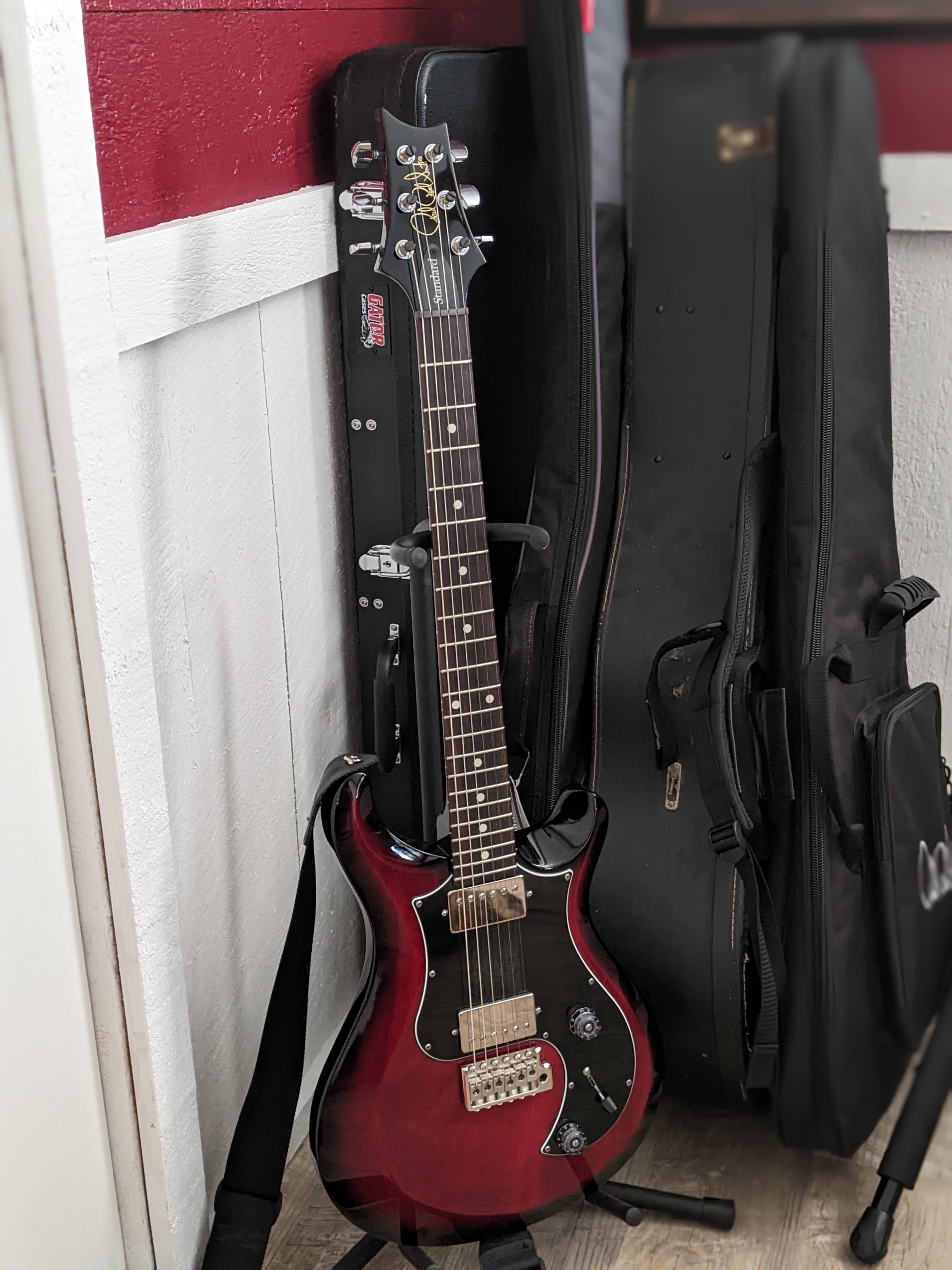 PRS Standards are such great guitars!!

They really are!
J

Oh, boy, that looks lovely. No birds and a plain top? Yes, please. Enjoy it in good health!

Smokin! Congrats! I really dig the understated standards myself.

I don't think the S2s use reistors for coil tap like core. I'd try adding those to see if you like it better.

I had one of these and thought it was a great guitar. The stock pickups are awesome and it felt just like a core standard 24 I used to have in terms of build quality and materials. But, I was offered a vintage Bassman head and matching cab as a straight across trade for it, so… it gone.
You must log in or register to reply here.
Share:
Facebook Twitter Reddit Pinterest Tumblr WhatsApp Email Share Link