Bing Crosby: Will anyone EVER do what he did ever again?

Redefined singing using the new technology of the microphone.

Acted in 87 movies and won an academy award for best actor.

I put it to you TGP: Bing Crosby is the greatest male artist of the twentieth century.

thedroid said:
I put it to you TGP: Bing Crosby is the greatest male artist of the twentieth century.
Click to expand...

I don't know how many #1 hits he had, but it must have been quite a lot. I do know he had an Oscar. He also had more of an attitude. And he did more for equal rights than most artists of his time, not that it makes him a better artist.

Edit: a quick check gives him 11 number one singles and five number one albums.

Not necessarily the greatest. But certainly one of the busiest.

It was a different age...I doubt Bing could do what he did now in the corporate age of faceless non-responsibility.

He could croon, but best male artist of 20th century? I don't think so.

Certainly not father of the century.

Modulator said:
It was a different age...I doubt Bing could do what he did now in the corporate age of faceless non-responsibility.

He could croon, but best male artist of 20th century? I don't think so.

Certainly not father of the century.

Fair point, he "antics" would likely have derailed his career today.

an amazing talent no doubt though.

Redefined singing using the new technology of the microphone.

Acted in 87 movies and won an academy award for best actor.

I put it to you TGP: Bing Crosby is the greatest male artist of the twentieth century.
Click to expand...

In that company of star power Bing was the brown suit in the wardrobe. People loved him though.
G

i would strongly disagree with "Artist of the 20th Century" title.

busy, as someone else stated already.

just on a musical level - Les Paul, any day for technological advances and longevity of career. not to mention his hits and level of profile.

germs said:
just on a musical level - Les Paul, any day for technological advances and longevity of career. not to mention his hits and level of profile.
Click to expand...

LP?
vs the man who brought us White Christmas?
This is a competition...Bing wins.

Tone_Terrific said:
LP?
vs the man who brought us White Christmas?
Click to expand... 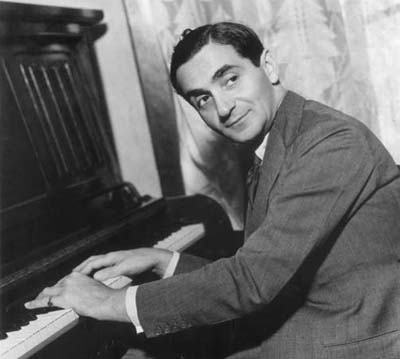 "Artist of the 20th century" is surely a tough call, but I'd throw another into the mix - Charlie Chaplin.

-Probably the most famous person of his time (Film's most enduring icon.)
-Superb actor (probably the most influential comedian ever)
-Superb director (The Kid, The Gold Rush, City Lights, The Great Dictator, Modern Times, just to name a few.)
-Founded United Artists (Hello? Any artist who has ever owned anything they ever did owes thanks to Chaplin & UA. 50 years ahead of his times)
-Great Songwriter ("Smile"; Chaplin also composed the musical scores for his films)
-Played Piano, violin and cello.
_Superb acrobat and dancer
-Generally considered a true genius.

Bing was a pioneering investor in the development of magnetic tape, thus altering everything in the business. He backed the Ampex Corporation who took some German wartime technology and made the first tape recorders. Later they kicked off video tape.

Bing gave one of the first recorders to Les Paul, who took it and discovered how to multitrack. But Bing was one the who gave him the recorder.

Pretty savvy investor all around, actually. The story goes that he and Bob Hope took their money and bought up huge tracts of orange groves in the San Fernando Valley before the war. When people poured into southern California during World War II, and the valley turned into a residential area, they really made out.

But back to Bing as performer. He was a tremendous jazz singer in the 1920s and his earliest recordings are real beauts. He was still good into the mid 30s and then he went kinda soft. Still, his wartime songs were really loved by men at the front. I once heard a guy who served in the Pacific during WWII talk about how important some of Bing's songs were.

I dunno. If I'm in a foxhole, I'd rather be humming Bing Crosby than, say, Megadeth.

Crosby's style was enormously influential. Before him, male singers were either soaring tenors or barrel-chested grandstanders. Sinatra said quite freely that he copped tons of tone and style from Der Bingle. Almost every crooner who followed had a little Bing in his tone, whether it was Al Martino, Perry Como or Elvis Presley.

When I heard the news report that Andy Williams died recently, the first thing I thought of was that he was one of the last of Bing disciples. When I read his obit the next day, I was shocked to learn that Williams and his brothers had a singing group when he was a kid and they actually backed Bing Crosby!

I think you're all correct.

In the first half of the 20th century, there was no one bigger. Bing Crosby was THE ****. If you have any doubt, listen to this (and throw in Bix for good measure):

Built one of my favorite tracks... Del Mar near San Diego. Its been torn down and rebuilt but still a cool place. They still play his song each day "Where the turf meets the surf down in Old Del Mar, take a plane, take the train, take a car...."

Wonder what he did on this days off?

I think he may have had a weekly TV show or a Christmas special.


I'm not a fan of Bing (I liked Bob Hope better) and he was way ahead of my time. but you have to admire what he accomplished...

I have the sudden urge to eat liverwurst by an open fire.

is it Christmas? gotta do some shopping fast!

Sinatra was probably a worse husband...yet a loving Father.
And a thug wannabe. He always wanted to come across as the ubercool/tough guy.
It lessened him as a man to me by denying any vulnerability.
Which is so ironic, because his humanity shined so brightly through his music.
Still, IMO, the greatest voice of all time...Frank, I mean.
Bing is up there vocally as well. And Bing could act/dance Frank under the table.
I have always been of the mind that who an entertainer is personally has no effect on their talent and appeal.
Who among us is without sin? I will hang onto/enjoy the musical body of work from both of these men, and leave the rest to God.