Can we see some of your partscasters?

Dave Locher said:
Not to derail the thread, but what's up with the black LP? I see one pickup but a selector switch? And I can't make out the name on the headstock
Click to expand...

ha... that's my custom Brian Monty 1pu Custom. The switch idea was for unique tone filters.... but it's not hooked up...gtr is too good with just a vol. and tone .

Then what, you dropped it on your cookie jar? 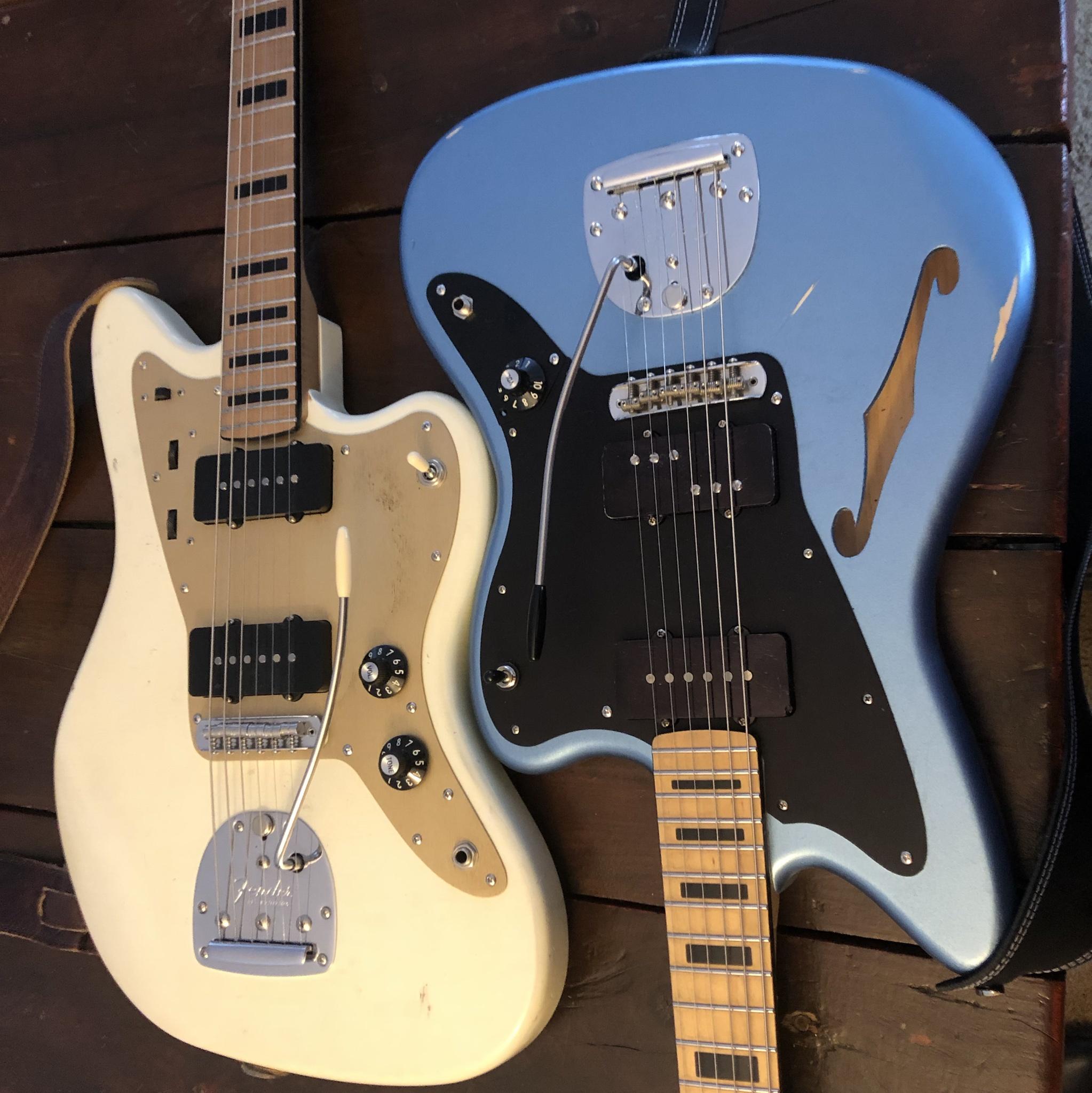 Brothers. One prim and proper, the other a feral beast. Cokeman said:
Then what, you dropped it on your cookie jar? Here’s another build, both are more than 20 years old now and they’ve never left my side. My goal was to have a hotrod Strat to cover Jake E. Lee Badlands style playing and other hard rock and ~NWOBHM, and it does that very well.

Looks great! What kind of finish did you put on the roasted ash? My latest! The body I made myself; black korina core with a hand-carved bubinga top, and I also did the nitro finish. Warmoth Gibson scale conversion neck, bubinga shaft with ebony fretboard. Vineham pickups "Vivid" P.A.F.-style set. 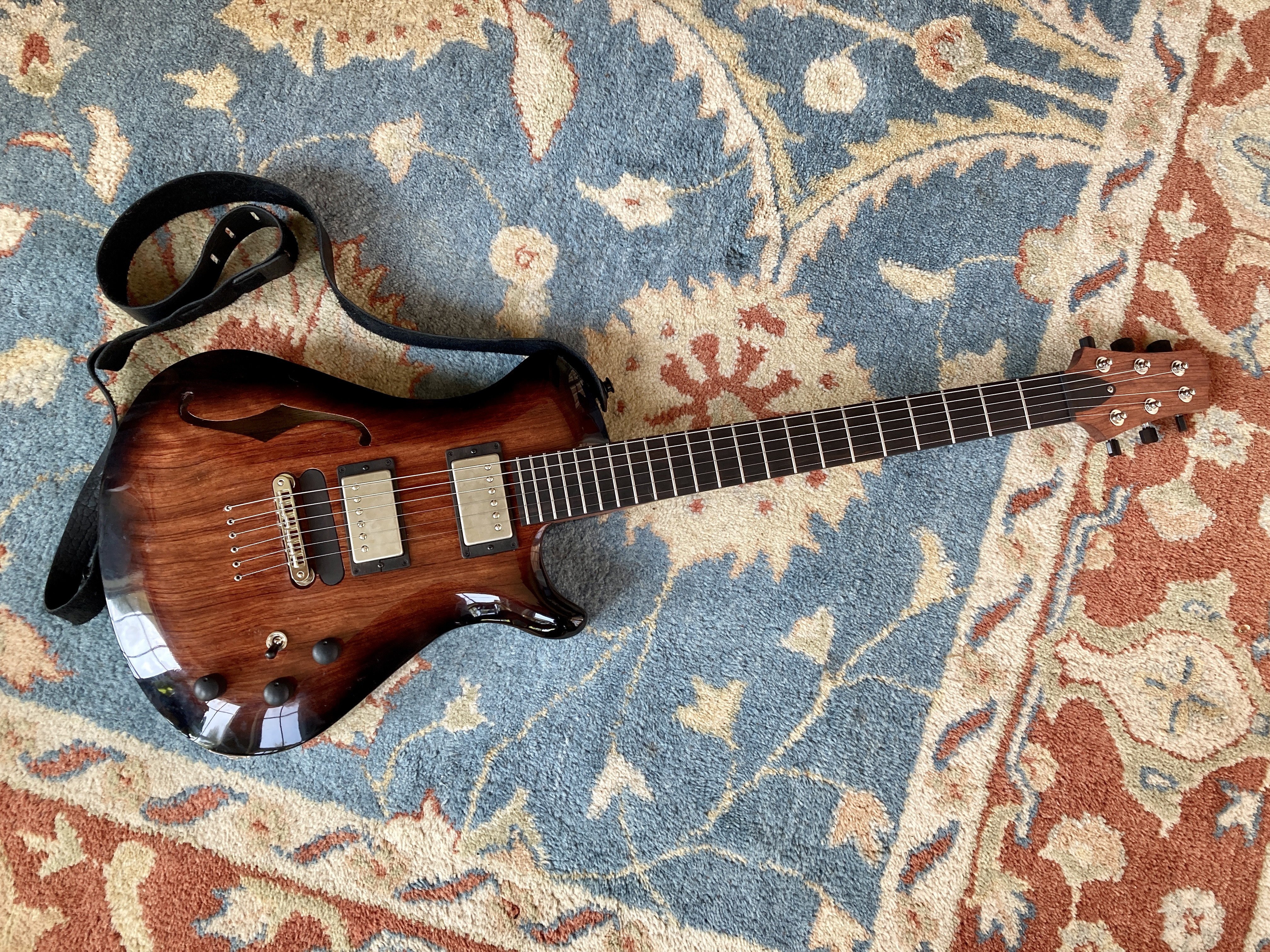 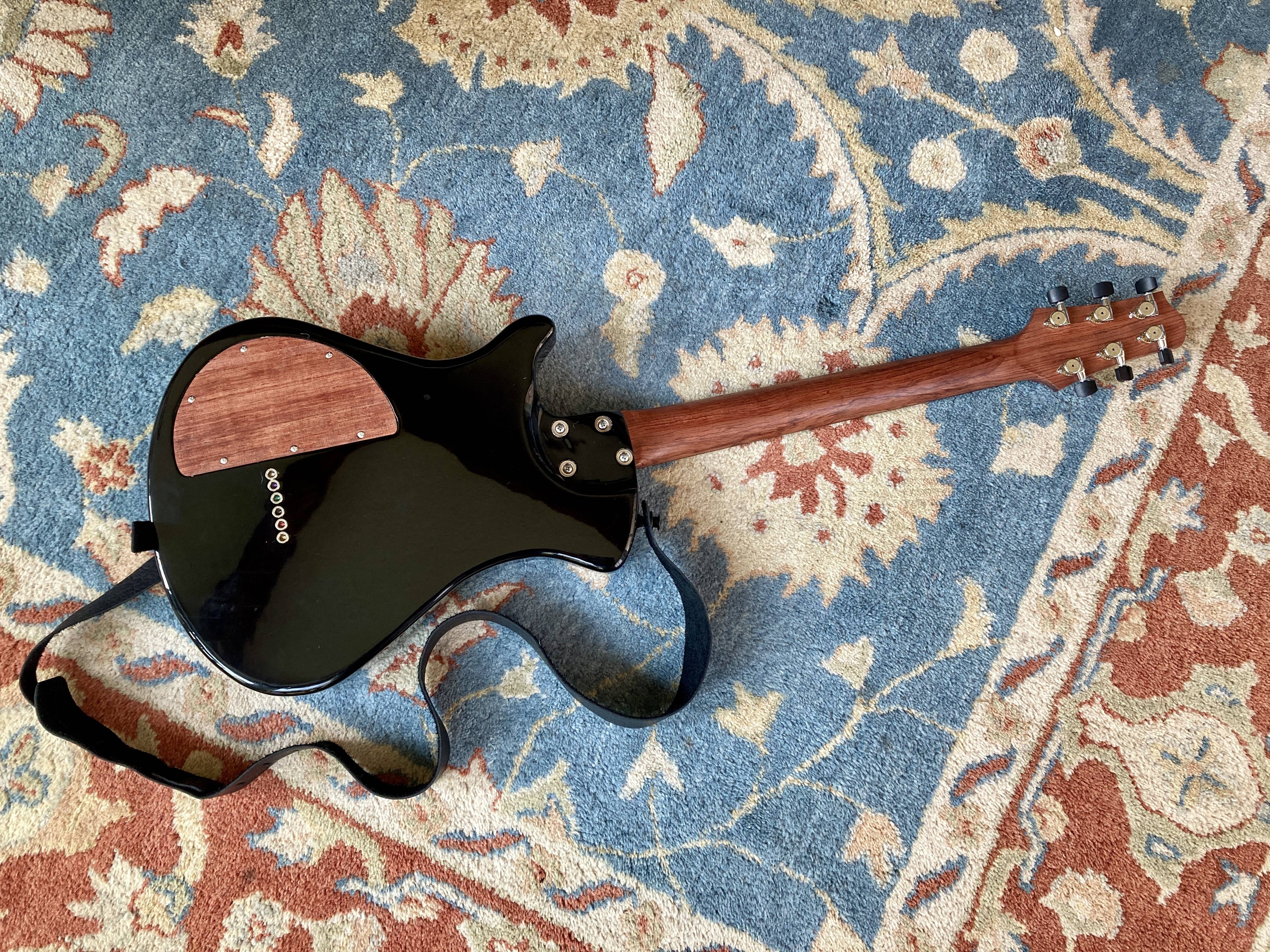 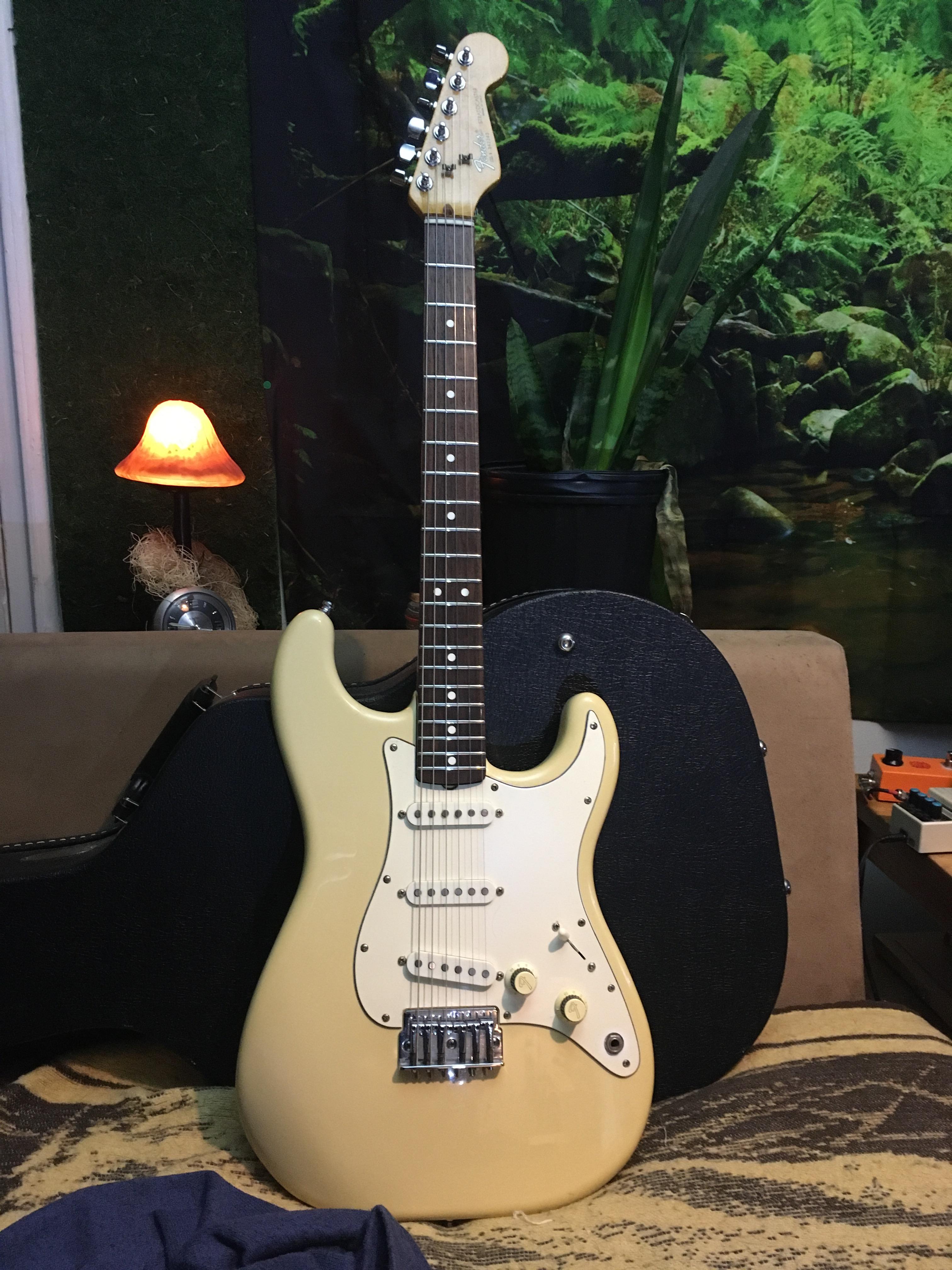 ...and while I was building that one, I had an idea for another one. All of the parts are hard to find, especially because I do not want to route a vintage guitar, but I wanted the space for a humbucker, and the humbucker I wanted is kinda hard to get too. Then one week, all of the parts "fell into my lap." The guitar was listed on CL - cheap, and the pickups appeared on ebay all at the same time. I bought it all, and now I have to put it together.
The body had already been routed, for a SD Pearly Gates, and was routed under the guard for some reason. It'll be hidden, but the ugly, unnecessary route did tell me that the body was Ash, I thought the '83's were all Alder.

This guitar must exist!

The pick guard is the hardest part.
Everything is from '83.
Neck and middle pickups from Elite Strat.
Mini Humbucker from neck of Elite Tele. 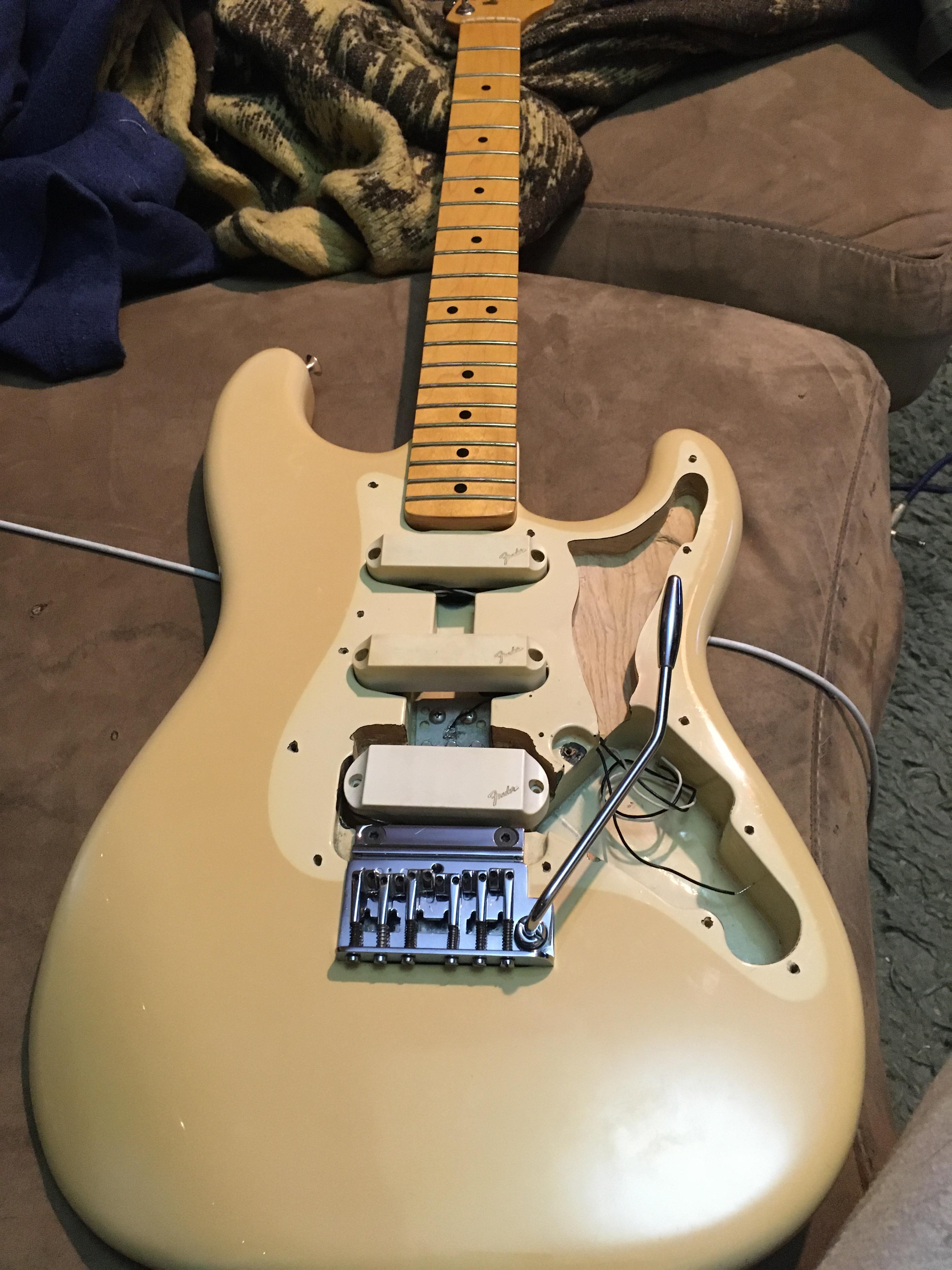 I like your white one. Looks like a Syd Barrett Esquire to me. I will build one after my two next projects are complete. 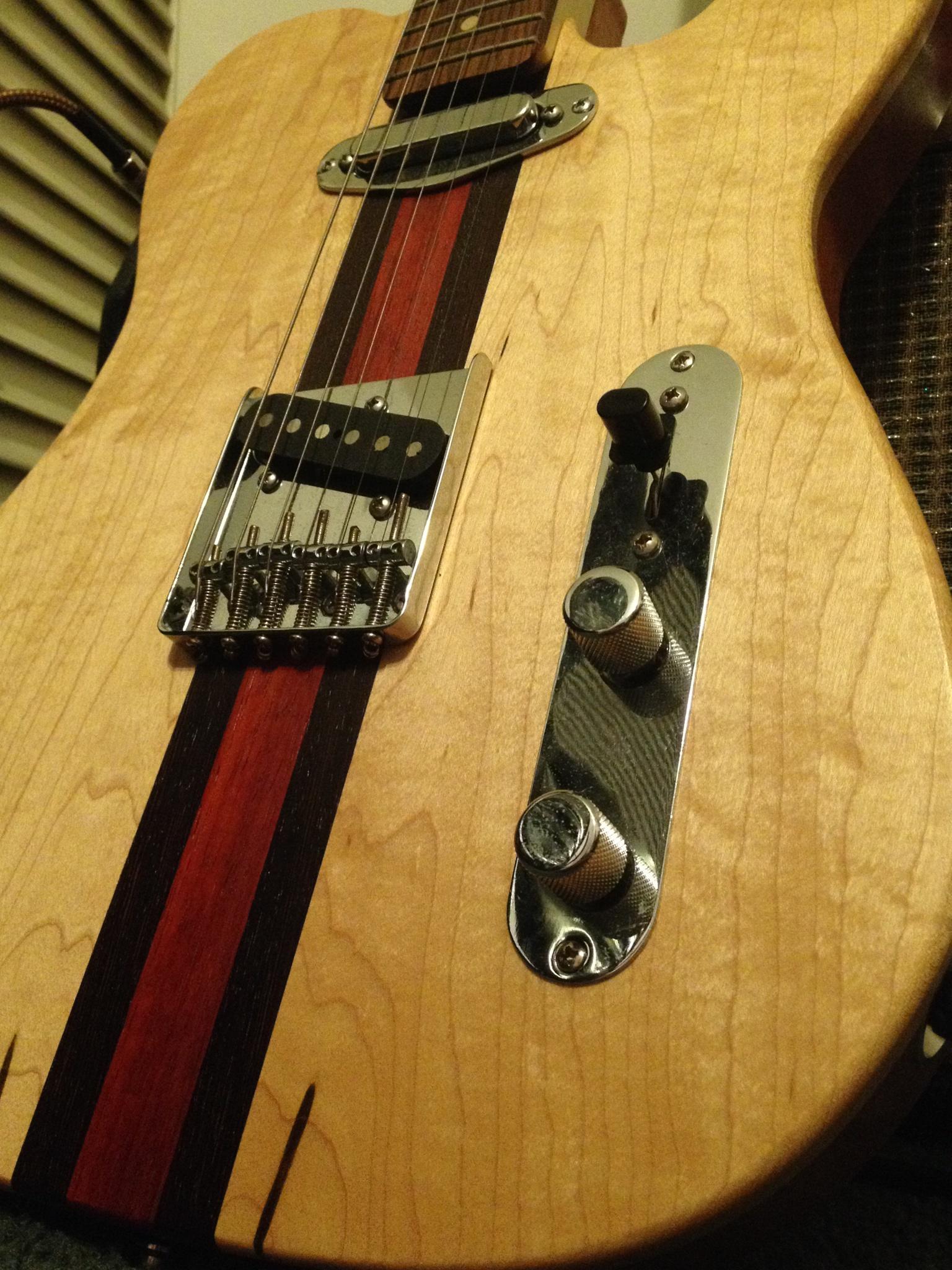 Here are my third and fourth partscasters.

#3 is the one I call the Coronastrat--the second guitar I put together during the pandemic. This one has a one-piece swamp ash body, a Fender Vintera 50s neck with a 7.25" radius, Seymour Duncan SSL-1 pickups, CTS Mojotone vintage taper 250k pots, and a Fender Pure Vintage tremolo. I think the completed weight was 6 lbs 10 oz. Of the four partscasters I've done to date, this was the most difficult one to dial in--I originally had a 0.1 uf cap, and I switched first to 0.047 and then finally to 0.022, and the pickups seem to respond best to .009-.042 strings. The pickup set is unexpectedly aggressive sounding, so I like to dial back the volume to about 5 to find a sweet spot. 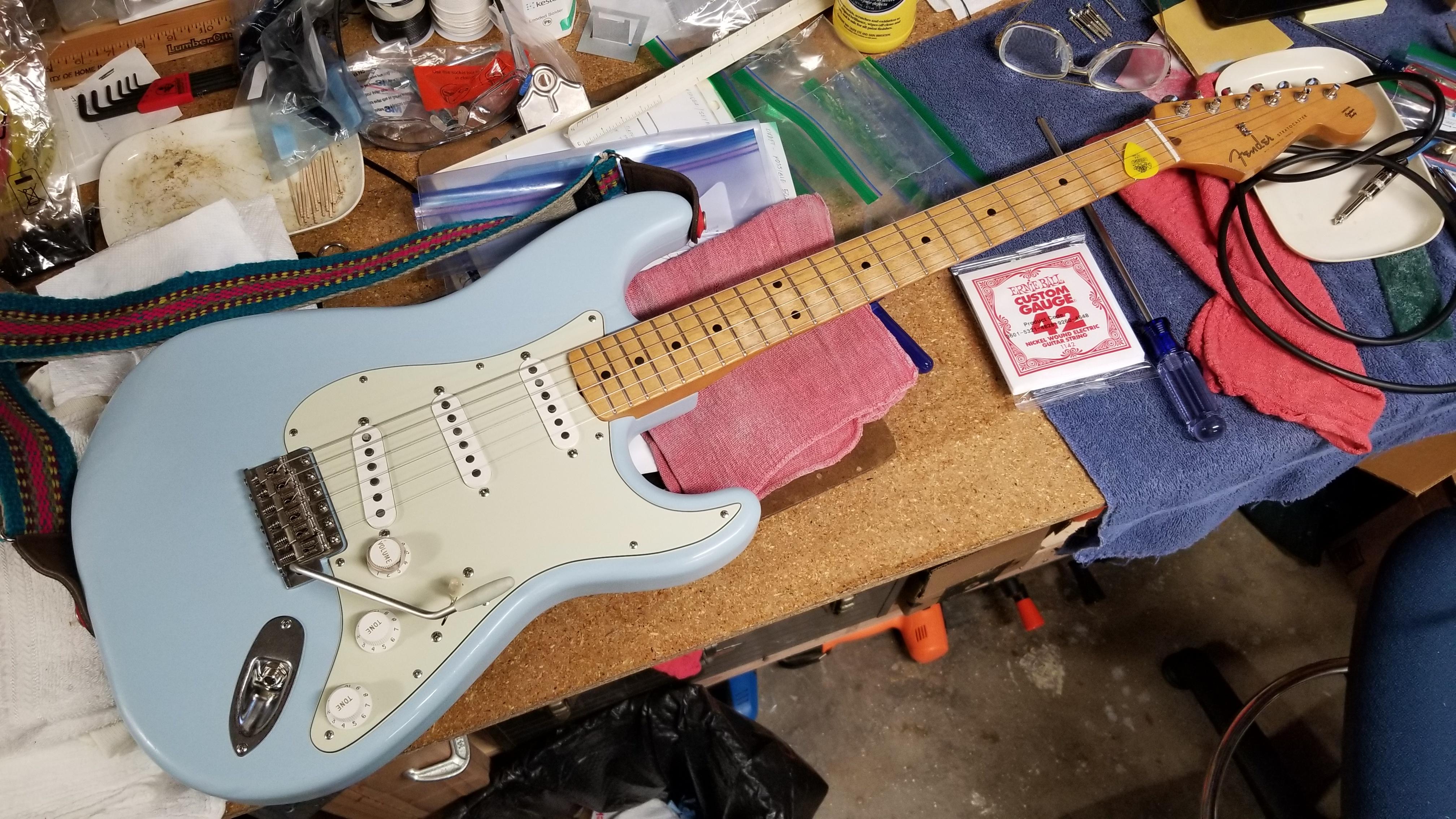 #4 is the pink Charvel Frankenstrat. The neck, body, and neck plate are from a Pro-Mod So-Cal FR HH--I cherry picked everything else. The pickup is a DiMarzio Super Distortion. The pot is a Bourns 500k linear taper, with a Fender Jazz Bass knob on top. The tremolo is an Original Floyd Rose 1984 limited edition (currently with a gold EVH D-Tuna, not shown here). The Buckethead button is a Sanwa Denshi OBSF 24, and it works great. Completed right before Christmas 2021. I had a Charvel Model 2 when I was young, and this one is better in every way. I think this is better than a Charvel you might pull off a wall at your local guitar shop. 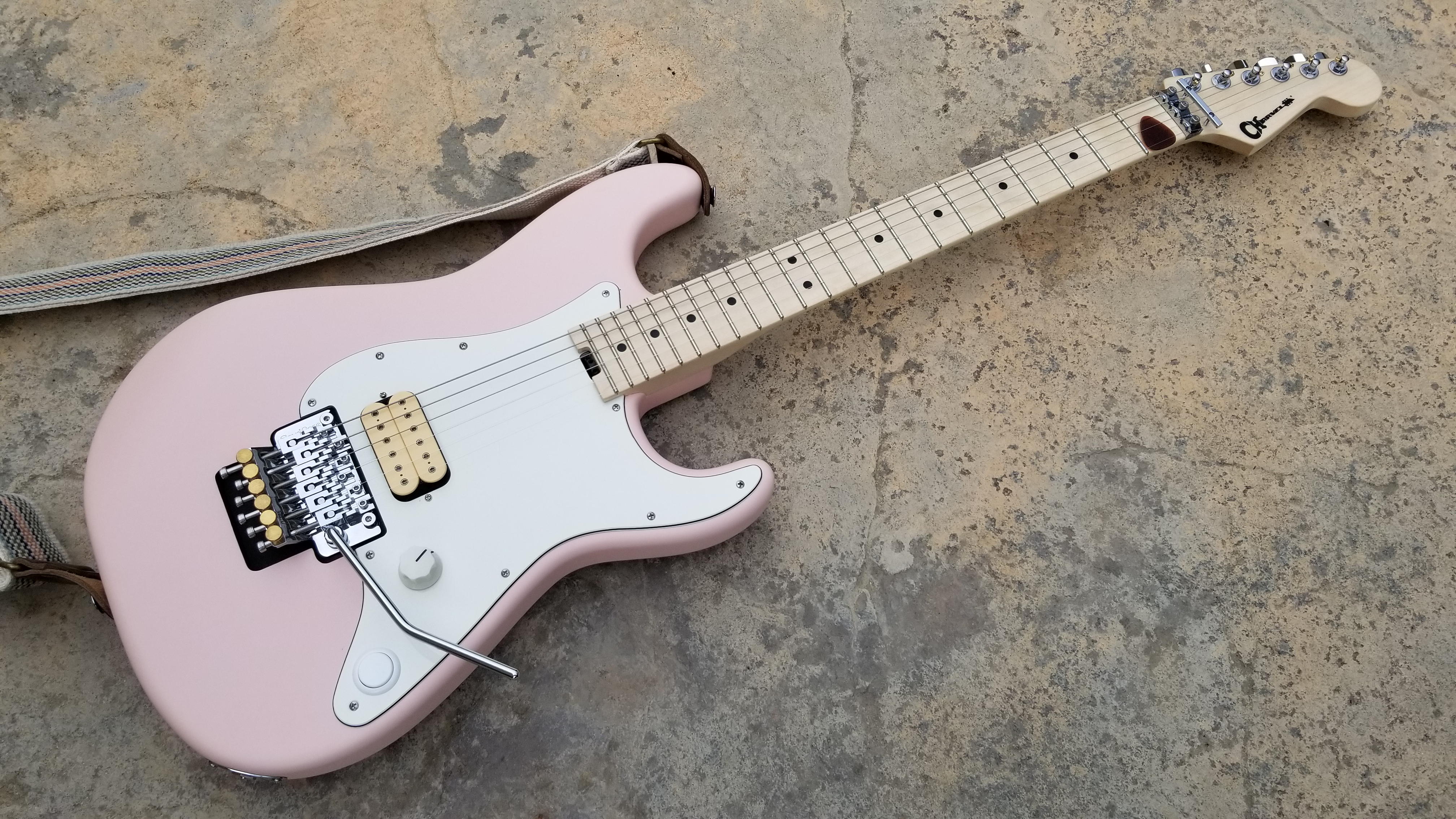