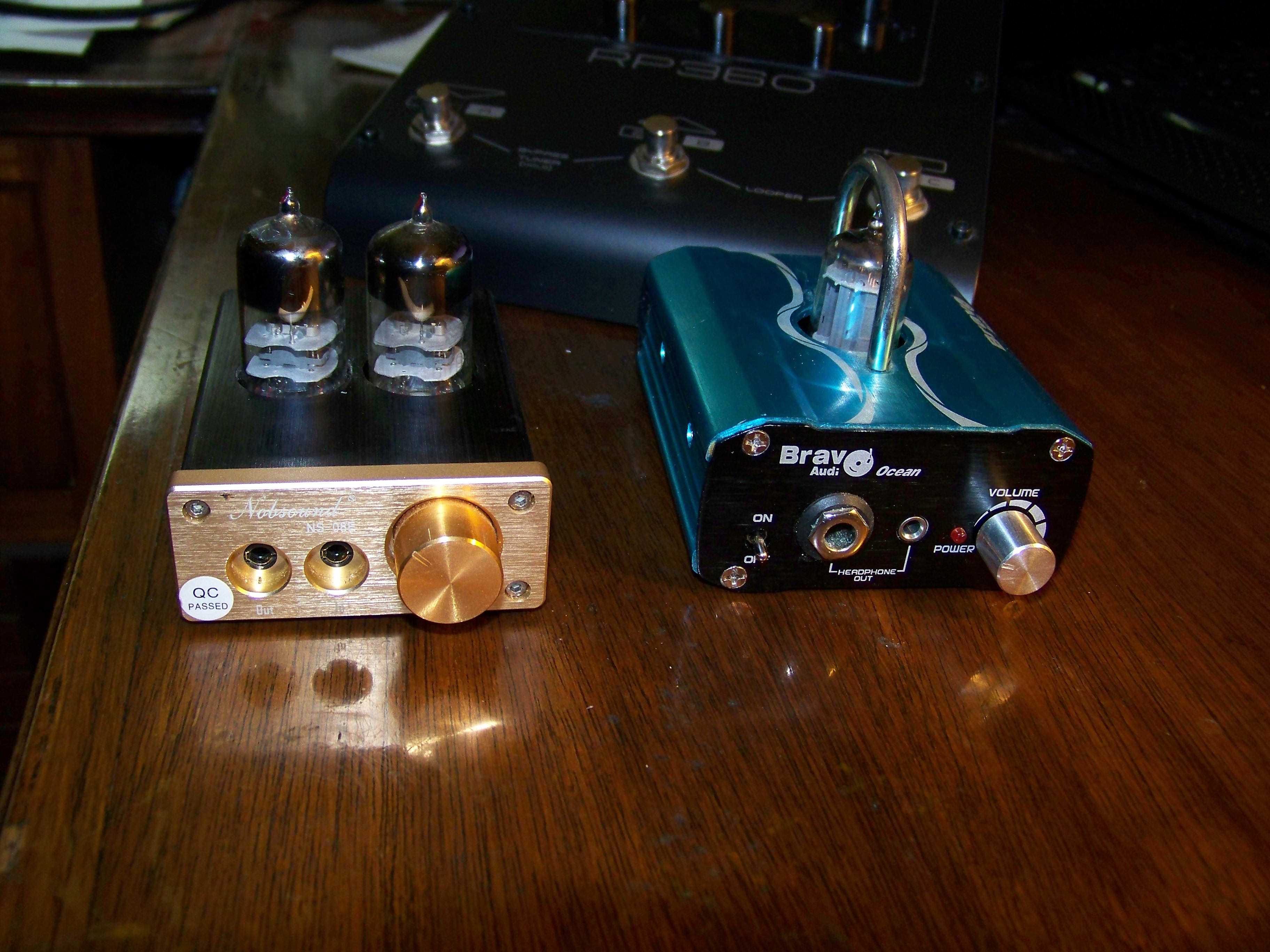 I've tried to use headphones with a few low-fi multi effects pedals, with little success. They sound thin and lame, and don't get loud enough. I was on the verge of tracking down a Helix or something similiar so I could play and not disturb the wife or pets.

I recently piped a Digitech RP-360 and a Zoom B1Four (a bass multi-effect pedal with a wimpy headphone out) through these cheap little "tube" headphone amps, and they absolutely kill.

They can very easily sound like a stadium rig with the RP-360, but they can do clean tones as well. They sound a lot more rich and full than the signal coming out of the pedals, and you can get them as loud as you need to go.

I've read comments questioning the role played by the tubes in these circuits, but I can testify that they pass the ear test! I actually got some NOS tubes for them and I am convinced they made a difference! They use oddball tubes, so NOS is fairly cheap. Clean Sylvanias in the commercial boxes for the Nobsound were only $25 shipped, a legit NOS JAN Sylvania for the Bravo was only $20 or so. The amps are all over the place for about $50.