Check out the Purple People Eater!

Isn't this the funkiest thing you've ever seen? '62 P-Bass refinished in bass boat sparkle purple decades ago. It must have been a custom color bass originally because it still has its original green nitro 'guard that was only used on non-sunburst basses.

I've had this bass for a while. It belonged to Baton Rouge Blues legend Arthur "Guitar" Kelly, and it was left baking in a garden shed in the Louisiana for 20 years after Kelly passed. It was in unplayable condition when I got it. The action was an inch off the neck. 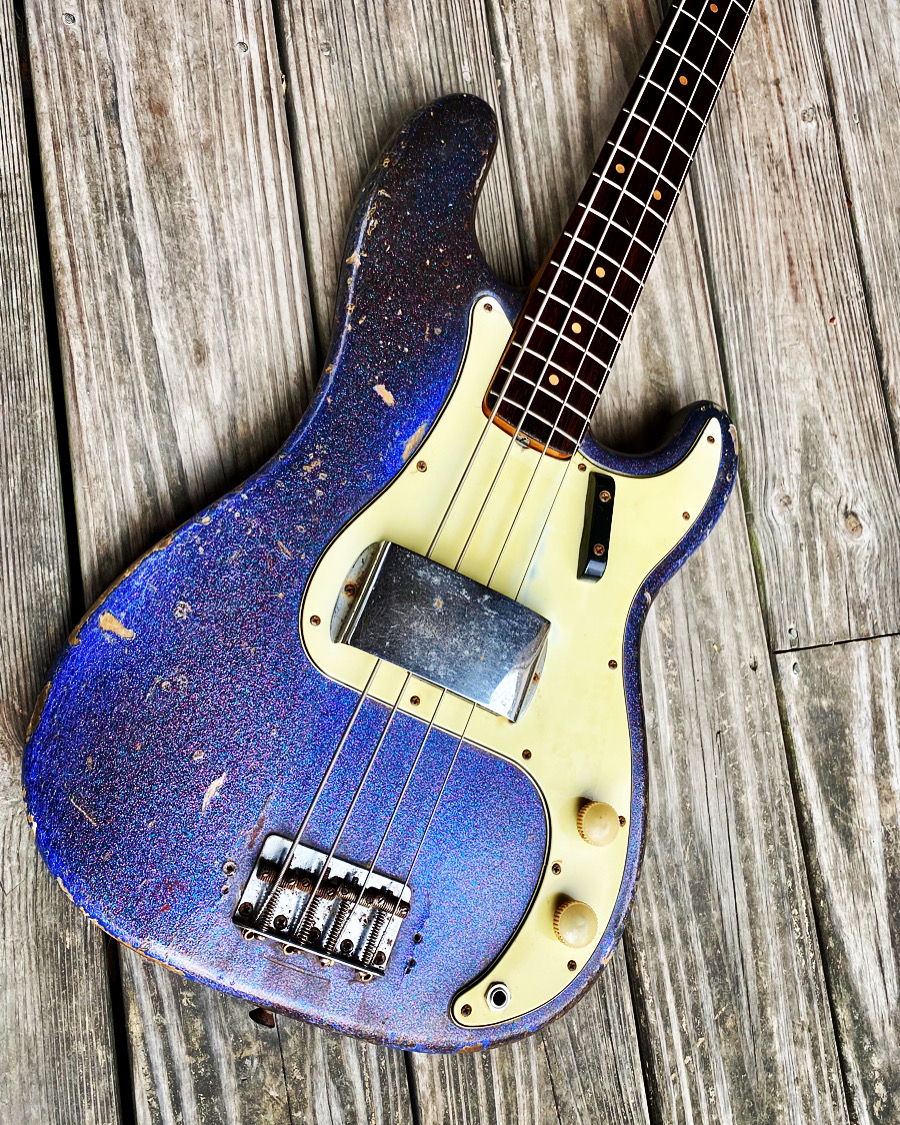 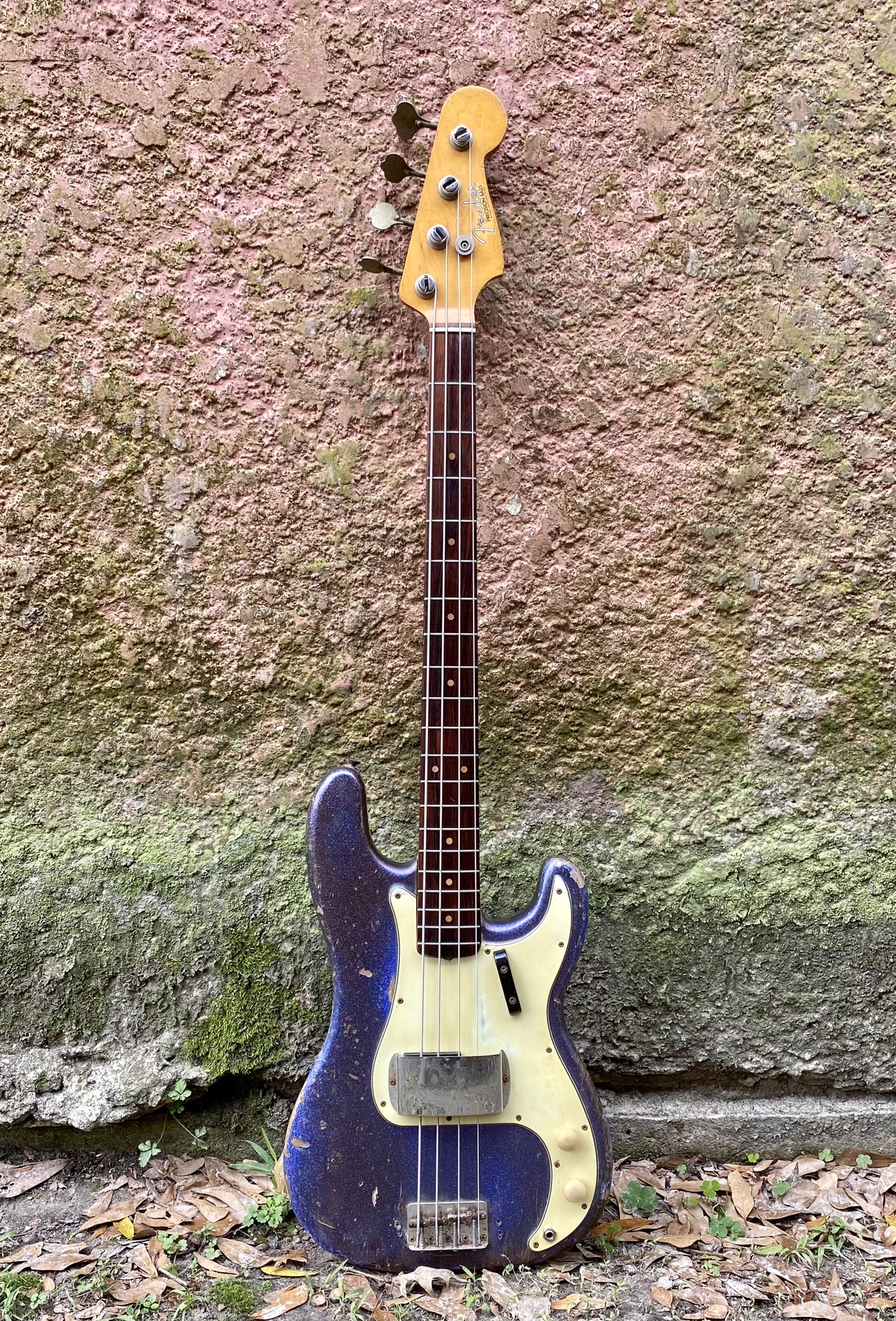 It's back, and it's bad to the bone. I don't understand how the original pickups still work, but they do, and they sound incredible! That decades long heat treatment did something magical. This bass absolutely rattles your rib cage, it's so resonant!

Anyway, here's Guitar Kelly with Silas Hogan. Not on bass, but the only footage I could find. Silas' son Sammy Hogan is still around and playing.

The above clip is from an old documentary on the Blues of my chosen hometown. If you have an hour to blow, watch it. It's worth the time.

I was lucky enough to get to play with just about everybody in this film at some point. Guitar Kelly has been gone for a long time now, but I did get a chance to play with him a few times back in the early 1990s. I was a kid from Germany who moved to Louisiana for the music. Can you imagine what it felt like to play with these guys? It was such a thrill, and I really miss that time. They are all gone now.
But I'll remember them every time I play the Purple People Eater!

Absolutely love sparkle finishes, this one is tops!

Can't beat that for character! Looks very cool - I love old player grade guitars that look like they could tell a story or two.

That bass looks fantastic, thanks for sharing!

What a beast! Another gem saved

So funky. Love it!

Because it was found in a shed in Louisiana, it’s got double mojo.

There are some stories there, thanks for sharing that

bterry said:
Absolutely love sparkle finishes, this one is tops!

I figured this would be right up your alley!

Thanks for showing us this sweet looking P bass. I have a black Classic 50s that I'm tempted to refin in the same color as that one. Looks absolutely great.

That is something... Now I have another bass I want to play.

This is rad as hell!
Double mojo for the story as well.

@hogy awesome story(ies) thank you for sharing - on the doc. you pointed us to: Henry Gray's mastery in the pocket, sheesh - I only wish I was 1/4th as funky

About the bass: the paint area where ever that job was applied must have had sparkles for months afterwards, LOL

Question regarding the condition of the bass (action, for example), what was done to combat that/bring it back? Did just getting it out of the heat and humidity + time settle it enough?

Last thing, those control knobs are cool, were those on the bass when you received it?