so i stumbled across these guitars on rondomusic. Never hear of them before but they seem decent, especially at that price point. I wouldnt mind getting a les paul but dont feel like dropping the dough on a nice one since i mostly play teles.

how do these stack up with a les paul studio. To me the finishes on the agile seem nicer but i wanna hear what everyone else thinks
W

Don't have a Studio to compare it to, but here's a thread in which you may find some more Agile info:

I like em.
Consistent quality and good prices.
B

nosignal said:
i own an agile harm, which i absolutely love. Also, i just ordered the al2000 goldtop with p90's yesterday..... I'm a fan
Click to expand...

I had one of those, it was a very nice guitar, but I decided I just don't like a goldtop finish, but loved the guitar otherwise. I bought my son a sunburst al2000, also a sweet guitar.
I still have an Agile AD-201 and an Agile tele, which when thinning out some guitars, I chose to keep over the Fender MIM tele I had.

As for comparing with an LP studio, sorry, can't help there, never had one, I just know I've always been happy with the Agiles.

I have two Agile 3000's. One with mini humbuckers and a goldtop with p90s.

They are unbelievable. As many people who probably would have a hard time swallowing this next statement, all well. Both Agiles play and feel so much better than any Gibson Les Paul I have ever owned or played. I had an early Les Paul studio, an old Classic Goldtop and have played way too many vintage Les Pauls and new High end models to name, just to compare to the Agiles, and none of them hold a candle to the Agiles. I even played the new Gibson Slash Les Paul as a friend of mine works at the local GC. Its a $6000+ guitar and felt good, but I still wanted the Agiles. Im not saying Gibson are horrible, they are great guitars, but the Agiles to me, just feel and play better. Could just be that they fit my hands better than Gibson. I dunno, but they feel great!

They seem to resonate better and have great sustain. They are a touch heavier which will give them an edge in that category.

They have models for all price points, but the 3000's are only $100 bucks more and I freaking love them.

You really will be surprised by these guitars. They are a diamond in the rough of "cheap guitars" I have slowly watched their prices rise. In a few years, I know they are going to be expensive guitars.
You have nothing to lose by checking one out!!
R 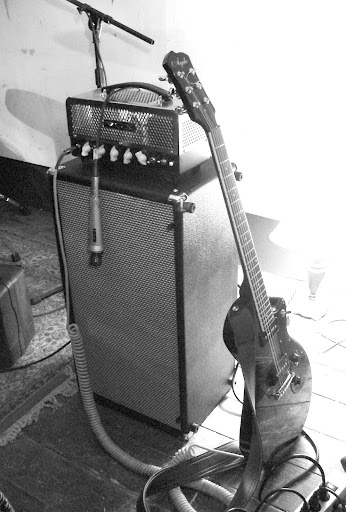 @blueshawk1 - tell me what you didn't like about the Agile goldtop. I'm seriously considering one soon!
P

there are dozens of threads on these already.
do a search, you'll find more than enough info
V

I've got an AL 3100 that is just outstanding. I spent about 3 hours on it yesterday and just love it. I swapped the pickups out but that was a matter of preference, the stock pups were just fine.

I'll give you the price part but I've played three that were all terrible. My buddy had to put a few hundred bucks of work and parts into making them into decent players. After that they played and sounded pretty good.
Z

Mine was a total dog. I had ordered, and returned two ALs before the dog. I decided I wanted one with a Floyd.

Lock nut was too high

I fixed all that but eventually the neck came unglued from the pocket, out of warranty. Couldn't win with this thing. It was a 2000.
T

I've got two, both lefty.
Got an AL2000. What a nice guitar. These are not cheap guitars. They just happen to be inexpensive. I don't own any Gibsons (I mostly play Fenders), but have had a 335 and a couple of SGs in the past. Those were nice, so is this. I hear the 3000 is even better but I like rosewood better that ebony so I got this. Stock pickups were good but I did change them, nothing else though. Put GFS Classic IIs in it, then tried some Duncan 59s. Both good but put the GFS back in. They seem made for this guitar. I use it live. Only problem...they didn't have blue or green in lefthanded when I bought it.
Got an AL2500 12 string. Don't use this a lot but it's great. Amazingly well built.
The 2000 needed a good setup but this one didn't need a thing.

great guitars for the money I have a few lps copies and AD models, play and sound great .The lps are heavy and no they are not as good as my historic but beat a epi hands down
get one