'Coolest' Guitar That You Own

An alcino 8 PAF HB that a friend wound. Thing screams. This Roscoe screams for attention.

Plus it was the catalog cover guitar back in the 80’s! Lawrence Arps said:
one of my own builds.

now that IS cool!
C

After seeing all of those inspiring guitars, I feel obliged to actually post my pics now:
(I still cannot believe how cheap I got this...) Byzanteen Spirit said:
I was dating my GF for five years before I found out that the gnarly, generic-looking Jaguar she kept in an even gnarlier case in the back of a closet wasn't some Asian copy from the early 80's but an actual pre-CBS 1963 Fender. At the time I was into guitars but didn't know much about vintage ones, and this had been so poorly modified (and treated) by the previous owner that I just didn't think much of it. You might be thinking I'm a moron (you'd be right), but the decal had fallen off the headstock, there were two different kinds of string trees, some of the dot inlays were crooked, the knobs stuck out like a half inch above the body...the only thing recognizable was the Fender tremolo, but I just thought that was added on like the aftermarket 80's tuners that the headstock had been drilled out for (ouch).

I posted a pic on a forum about it and someone noticed that the side dots were clay. I was encouraged to take off the neck and look at the heel. Whaddya know... The 5-digit serial number on the neck plate made a lot more sense all of a sudden
View attachment 645239
Click to expand...

so do you Herman Li it on stage to show everyone the manufacture date? Matching Baranik RE-1 and B-1 What is your 'coolest' guitar?

Nothing to do with actual ability.

Nothing to do with cost, or 'look at how rare this is'.

For me it is my daily drive - my Schecter Hellraiser.

Yes, it has a name. No, I am not telling you what that is. But it is the one that makes me want to play every day.

Wait !!! Jagger does not play guitar, so does that mean my air guitar ???

Five Horizons said:
View attachment 644342
This was one. Sadly, the neck fit had some issues (needed shims badly) and the soft coat body covering showed flaws and was a pain to clean. That and liking other guitars better tonally made me sell it, but it was really cool!

I’ve been a Gretsch fan for a while (I’m a big guy and large Hollowbodies are my comfort zone), this is my favorite ready to throw down guitar:

I’m sure people are sick of me posting it, but I don’t care. I’m obsessed with this one. The chunky neck, the Dynasonics, the Bigsby, the relicing - it rocks and I pick it up every single day.
Click to expand...

I have a fierce shark too! I think it's awesome especially the headstock. 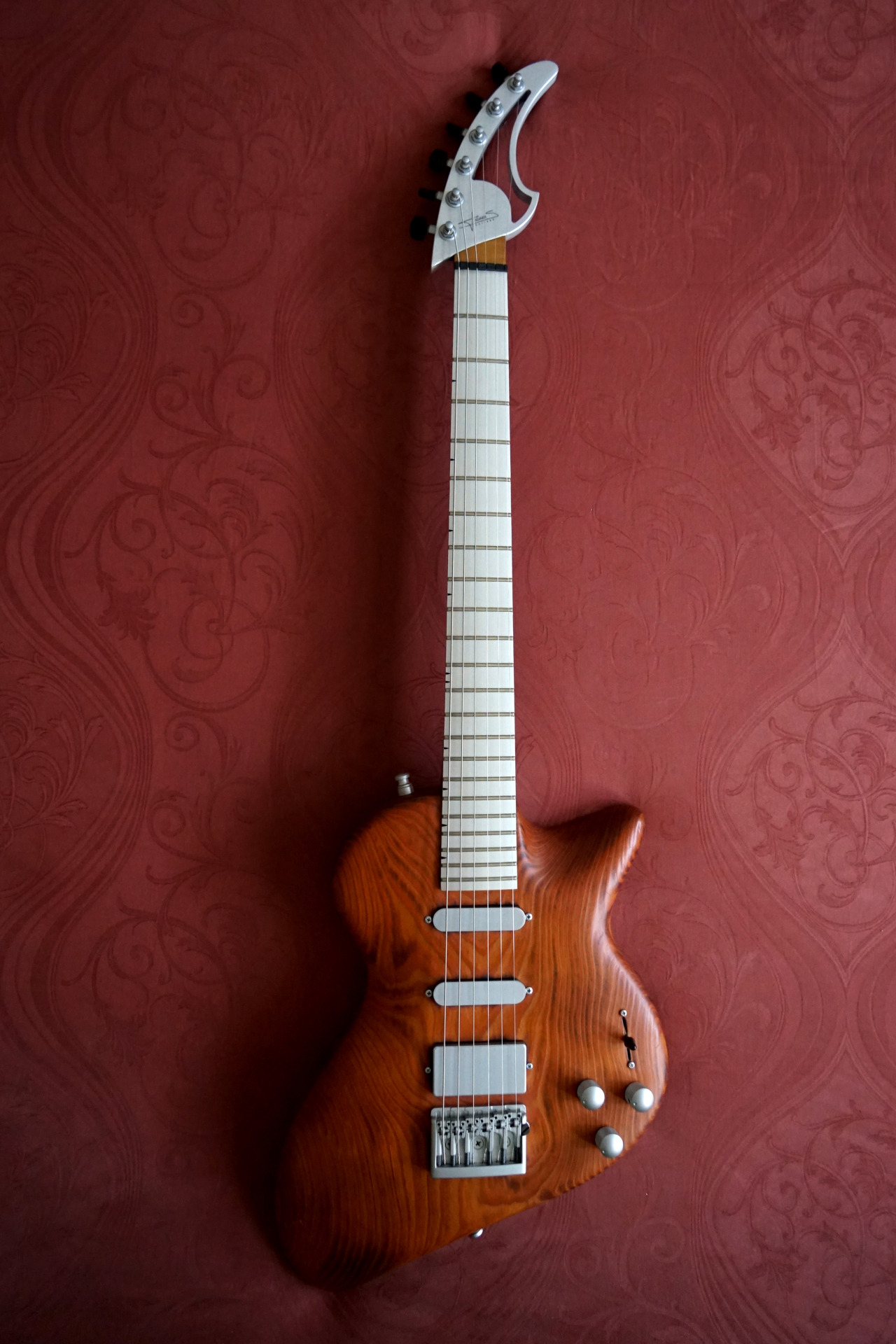 This is one of my coolest 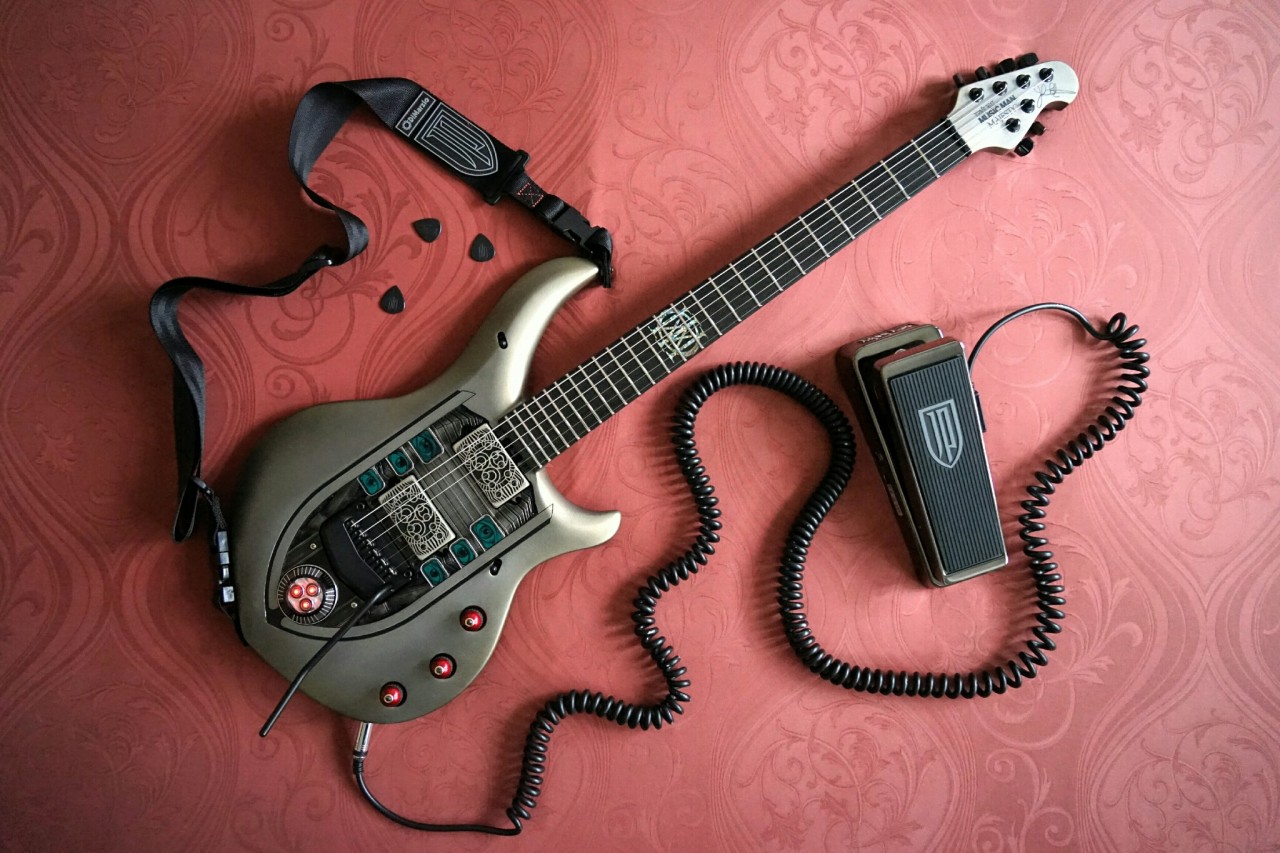 I'd have to say I'm pleasantly surprised that there aren't dozens of 10 top PRS guitars in this thread. Some really amazing looking guitars here. Here's a selection of my favourite guitars in my collection.

My '61 ES335. Best playing and sounding electric guitar I've ever owned for sure. 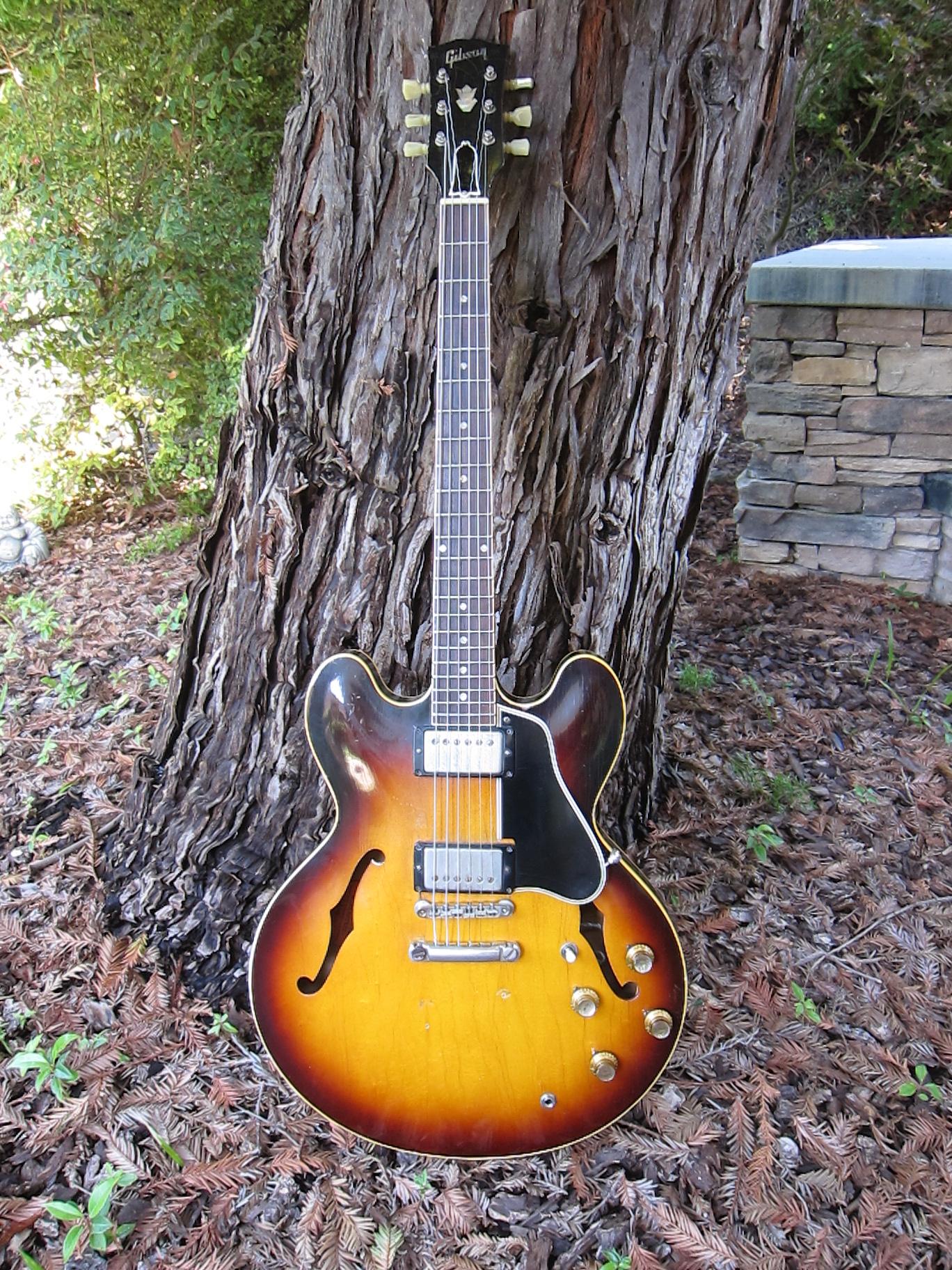 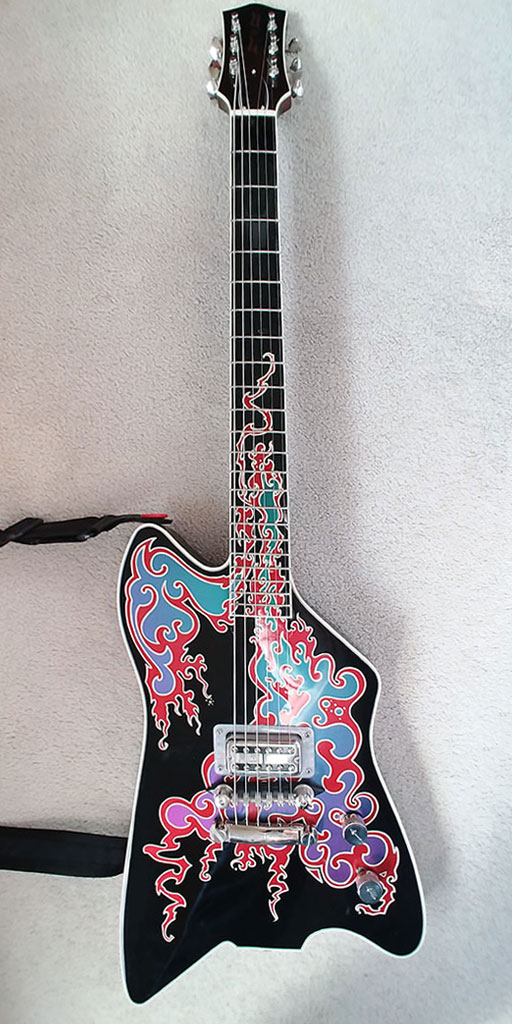 I’ve had a bunch of great guitars including a couple of fantastic Suhr’s, but my favorite three are now headless with this one probably taking the number one spot.

splatt said:
unfairly, i used this thread to post some TofP, because they inhabit their own House of Badassery.
Click to expand...

Maybe you can get NPR to correct the spelling of Doc Kupka's name in the description then?

Also, to actually contribute to this thread, the only guitar currently in my possession:

To me, a guitar being "cool" is about the guitar itself. It is not about me looking "cool" while I am playing it. I would much rather somebody think that I am "cool" or "awesome" because I played some interesting stuff. That might be one of the reasons, but not the only reason, why I drill and practice regularly. Another reason is so I will like my own guitar playing. And another reason is because I want to consistently level up as I get older.

The most awesome guitar I have ever played is my Les Paul TV Model. I reckon I think it looks cool because I like the design. But its awesomeness is about how it plays and sounds. It is also one of the guitars I have on which I can play all of the music I would ever want to play on an electric guitar. This guitar is cool, I reckon, because it was previously owned by Dexter Romweber who played it with Flat Duo Jets. I have this Aria. I also have this Bradley. But I took the sticker off of it. It was made by Fujigen Gakki in about 1976. Other than the headstock shape it is identical to a particular Ibanez Les Paul copy that was available at the time. I have these Guilds. I have always thought tobacco sunburst Gibson hollowbodies looked cool. So I got some. chankgeez said:
Maybe you can get NPR to correct the spelling of Doc Kupka's name in the description then?

Also, to actually contribute to this thread, the only guitar currently in my possession: