Crazed, skinny-assed, diaper wearing chick has a rather catchy tune

yeah agree, 6-3 I think she just turned 20 so she’s probably just growing into her body. She’s skinny yes, but has a lot of attitude!! I like their stuff!!!!


jimijimmyjeffy said:
Some things never change with many older people's music disapprovals. It's just so easy to tick them off and push their buttons. Throw on some controversial wardrobe item like wearing underwear outside your pants, lol, gyrate a little bit, and make a scream or two. Voila. Formula successful. Now you have your punk cred, or emo cred, or goth cred, whatever the case. Worked for Elvis, Little Richard and James Brown. They all had lots of haters.

I try to just focus on the artistic side of it. But there still are a lot of people in my extended family who would hate any kind of music like that, if they saw the video especially. A lot of them liked things that greatly angered their own parents, at least at one point. Maybe Taylor Swift is OK, as long as she stays in her lane.

That woman is 6' 3''. Not sure how fair it is to make negative comments about her body or presumed health. It can take a while to grow into a body like that.
Click to expand...

Do you have kids?

Are any of them motivated by the arts?

<This is not in any way a judgment thing. I am askling sincere questions. I admit a POV and prior kid-raising bits..>
T

I ****ing loved it. Listened to both albums out fishing last night. Thanks for sharing.

Is THAT what that was?

Fatboy666 said:
I hope I never become so old or jaded that I don't find things like this cool

They’re bringing the rock! We need to knock off the body comments though. My weirdest morphology was age 17, 6’4” and only 160. Gangly as F.

I'm appreciative of 'new' band discoveries, especially when rock-ish. All Them Witches was the last 'new' band that struck me right.

Also, I agree that we shouldn't judge body types. I have a solid metabolism and have stayed slender well into middle age, but don't respond well to people mentioning it to me. It's no different than calling someone chubby. Not being sensitive, but being mindful and honest.
/rant
Last edited: Oct 18, 2020

For those who missed the guy pointing it out several pages ago, she has marfan syndrome. It's a genetic disorder, not anything she has control over or can fix with a few square meals.

A little sensitivity when you see someone who's not a shape you consider 'normal' goes a long way, you don't know what they're dealing with and this woman will have to put up with people speculating about eating disorders or making crass 'needs to eat a few pies' comments her whole life - let's be better than that.

Gave a few of their tunes a listen - cool enough music, nothing groundbreaking but nice energy and they play it like they mean it.

This is getting rich. In my opinion, this stuff ranks among the most unlistenable dollar menu music I’ve ever heard. (That they ripped Cobain vocal melodies in two of the three videos I watched is the least of their problems.) But hey, taste, who can account? The real cake taking happening here, though, is the moral scolding, by some of the band’s ostensible fans, in the face of how this band presents itself visually. That’s some flex.
H

If you choose to work in the entertainment business, you WILL be judged on your appearance, get over it. Stop body shaming? Gtfo and grow up.
J

IMO - that was nothing special, except maybe for the diaper. I don't think I've seen that before.

jackson said:
IMO - that was nothing special, except maybe for the diaper. I don't think I've seen that before.
Click to expand... 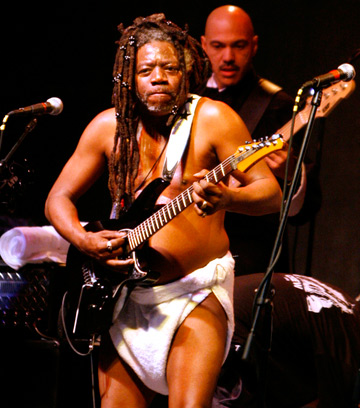 LOL, what a maroon. Isn't shaming people's bodies actually "growing down"?
Weren't you told that as a child?

I thought that was really great...and they're very engaging performers (especially the singer). Thanks for sharing it!

Sheesh!
Meaning that she’s as skinny as a pole

bigtone23 said:
I'm appreciative of 'new' band discoveries, especially when rock-ish. All Them Witches was the last 'new' band that struck me right.

Also, I agree that we shouldn't judge body types. I have a solid metabolism and have stayed slender well into middle age, but don't respond well to people mentioning it to me. It's no different than calling someone chubby. Not being sensitive, but being mindful and honest.
/rant
Click to expand...

Yeah, fat people call me skinny all the time. Im not, Im 5'10 and 74kg and have been around that weight since I was 18, Im 56 now. But if I call them fat! man, Im a bad person for saying the obvious.
"Wow, youre skinny!" if I turned around and said, "Wow, youre fat!" Imagine how that would go down. I would be run out of town.
It would be a slow run with regular breaks for snacks and rests.