I apologize in advance for my lack of knowledge - digital multi-effects units and modeling are completely foreign to me!

I recently started playing on my church P&W team and we don't use live amps in order to keep the stage volume controllable. The regular guitarist runs his EJ Strat into his Line 6 POD, and direct out to FOH (Lincoln Brewster-style). My pastor has an older Line 6 Pod Live that I've been borrowing. I've been running my normal pedalboard into a basic patch thats composed of a Fender Deluxe Reverb model with a bit of spring reverb, then direct to the FOH from the POD. That's been getting me a sound that I'm really happy with.

Since I suck at working with a multi-effect unit and and, therefore, lack the ability to create a sound I like, I've just been using it as an over-glorified DI box. Now I'm shopping for something simpler. I'm looking for something along the lines of a Tech 21 SansAmp that is a DI box or has an XLR output that also has amp simulation built-in.

I originally thought of getting the Boss '65 Deluxe Reverb and then just running that into a DI. Though I'm not opposed to that, it would be a bit more ideal to have one unit that can do both!

Does anyone have any recommendations or ideas of what would fit the bill? I'd like to keep the price under $200 but if there's something I really like, I'm willing to go higher!

This is above your price point, but it looks awesome and I want one:
Effectrode Blackbird
http://www.effectrode.com/blackbird-vacuum-tube-preamp/

You can get some usable sounds out of the POD, you just have to spend time with it.

Come on over here
https://www.thegearpage.net/board/index.php?forums/digital-modeling-gear.53/

I use the HK Redbox; works perfectly with my Mesa VTwin.

The AMP+ SERIES are unlike any other devices and represent the cutting edge of our new pioneering design technology in allowing you to "experience the difference" when hearing and recording guitar tones that have made rock and roll history.
You can now Plug 'n Play 'n Record your choice of classic British or American flavoured guitar tones or SVT inspired Bass tones into any Recording Device, DAW or Sound System at home, studio or at a live gig with the minimum amount of fuss and equipment.
They are actually amplifiers in the own right that share the same structure, multi stage architecture and equalization as their tube counterparts.
They operate and feel just like a tube amplifier with controls all having similar function and feel. The input gain is the same as regards to distortion and the guitar behaves just as you would expect. Having real control knobs makes dialling in your sound fast and simple just treat the AMP+ as an amplifier.
Your effects pedal train can be connected into the AMP+ just as normal with no unexpected interface problems.
They are 100% Solid State with a completely DISCRETE ANALOGUE SIGNAL PATH that has ZERO LATENCY and a better DYNAMIC RANGE than that of a CD resulting in a noise free output that follows every subtlety and nuance of your playing style perfectly.
There is no question that the OUTPUT DYNAMICS are more detailed and exhibit more PRESENCE than obtained from the traditional setup of a microphone in front of a speaker or by using a plugin with your DAW.
The OUTPUT SECTION distorts in a similar manner to classic output tubes and exhibits the compression and harmonics that people love. The AMP+ is more detailed in this respect as it does not have any amplifier lag, phase smear or microphonics that a tube amp has when cranked. You can now experience the full detail of your guitar at any operating level.
The OUTPUT TUBE COMPRESSION is there as well adding to the natural playing experience and you now also have a very effective PEAK LIMITER controlling final output level.
This DYNAMIC SOUND with the full presence and detail that you have not experienced before will be a surprise and require a new evaluation of your previous guitar tones. It will inspire you to play better than ever. The added detail also enables you to better place the track in the MIX as it can now be heard with more clarity. Having the luxury of always creating full range HD AUDIO makes further manipulation easy and successful. Post Production - Speaker Simulation - EQ - Delay or other effects can be applied to this full range sound to obtain the best possible results.
TOTAL ISOLATION is obtained with the AMP+ and multiple tracking of instruments is easy in any Location Enviroment. The ability to record these professional quality tones anywhere will change the way songs can be recorded or created. There is no need in most cases to re-record a great idea or feel if it has been captured using an AMP+ and recorded onto a digital recording device. A minimum amount of equipment is needed and it is a great advantage of having a small compact unit that interfaces with any Recording Device, DAW or Sound System be it a home, studio, backstage or live at a gig.
LIVE PERFORMANCE You can use the AMP+ as an addition to your backline amplifier or replace it altogether and feed to the front of house and stage and side fill monitors. In our road tests we have found when using it live the guitarist not only enjoys the increased dynamics and detail but a great sound on the PA System. In addition the on stage volume can be reduced and a repeatable consistent tone created without the wild variable of mic'ing an amp onstage.
SETUP SPEED AND REPEATABILITY It is as easy as plugging into any amplifier and adjusting the controls. The Peak Limiting making recording level adjustment a one step process. Consistent sound equals better performance not to mention not having to lug around heavy amps.
COST SAVINGS Eliminating excess tour gear is becoming the norm as airline fees have risen and it costs a lot to achieve the same sound as the AMP+ using traditional setups with an amplifier and microphone. 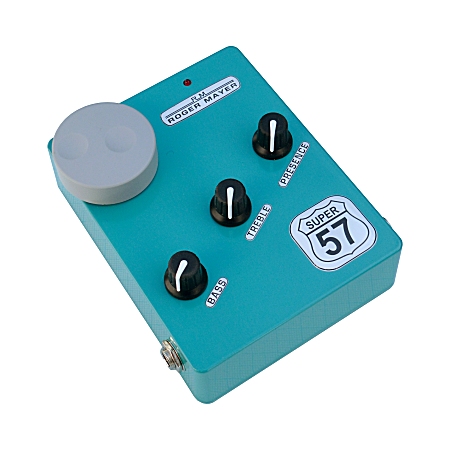 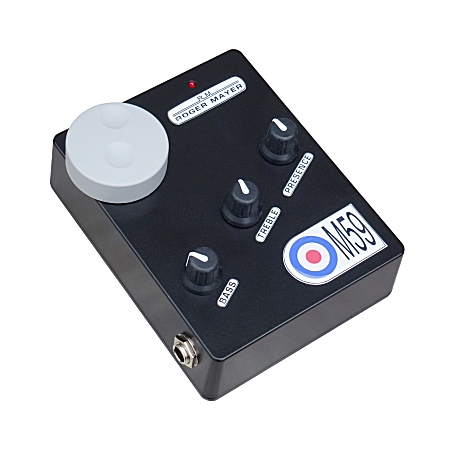 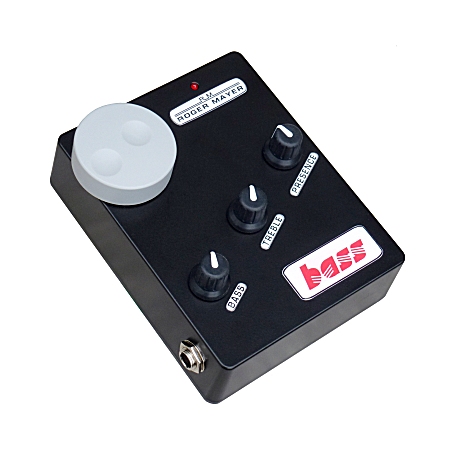 I would just get one of those sansamp Tech 21 character pedals with the XLR out. 1 pedal, problem solved.

I have a Groove Tubes Brick single-channel tube DI/Pre-amp and a Demeter VTDB-2B Tube Direct Box that I’ve used with a POD. You put the Brick or the VTDB-2B Pre-amp between the POD and the PA console and it will add a tube-like feel and warmth to the POD. You get a nice clear, warm sound that retains all of the natural characteristics of your guitar and the signal to noise ratio is also optimized, which reduces noise to the console when using one of the high gain patches on the POD. You can use a much less expensive DI/Preamp like the Presonus TubePre V2 single-channel Tube Pre-amp/DI Box (about $130) and get similar results.
You must log in or register to reply here.
Share:
Facebook Twitter Reddit Pinterest Tumblr WhatsApp Email Link