Did you ever miss a guitar so much you had to get it back?

Yes, this one, my first electric guitar ever.

Sold it around 12 years ago, tracked it down and bought it 2 years ago. 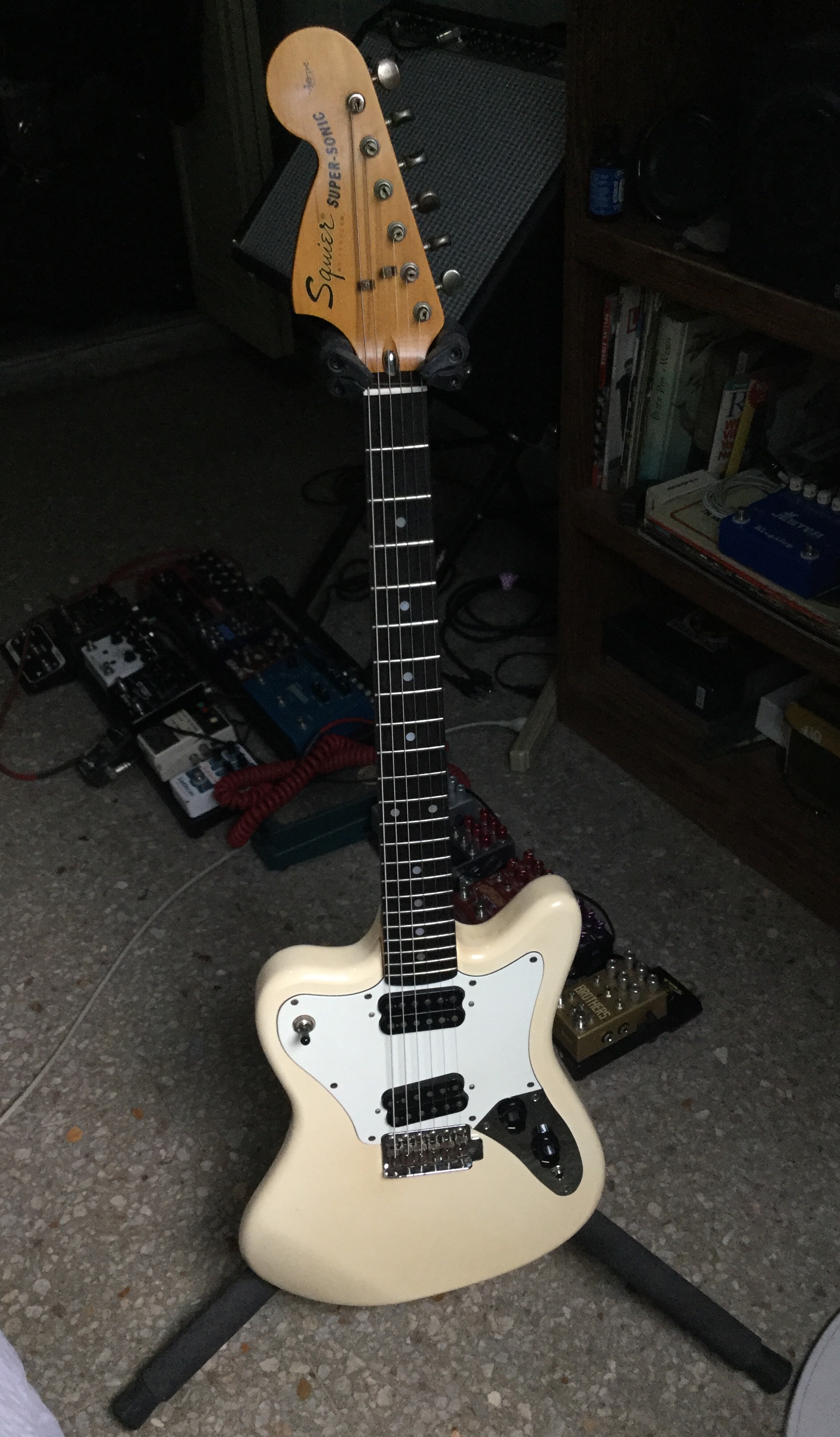 Yes, but haven’t been able to locate it ’87 MIJ ‘57 Reissue sold in the Seattle area circa early 2000’s, if anyone out there has it I’ll buy it back for a nice price! If I could ever find out what happened to my white 1995 Les Paul Studio, I'd buy it back tomorrow.
R

I haven't, but I did buy a Les Paul Special from a buddy back in 2010 and I kept that guitar for several years. I ended up trading it with a guy on Craigslist for his American Standard Strat. My buddy ended up wanting his LP back, and we tracked the guy down and traded a tele to get it back. That one was a surprise; I figured it was long gone.

macrossgeorge said:
Yes! My main (and only electric) guitar from 1992-2008 I sold in 2010 to a friend. I finally bought it back from him last year. So glad to be reunited. Currently it is not my main though but I am still stoked to have it. 1979 antigua Fender Stratocaster with rosewood finger board and hardtail bridge. Amazing tone! Chaoschoir said:
Sold a 1976 Antigua Strat which I regret to this day. The owner of the mom and pop music store that I sold it to knew I was strapped for cash. He told me he would hold the guitar in the back for six months and if I came back within that time, he would sell it to me for what he gave me.

I remember Antiguas on Hee Haw in the late 70s
I didn't like 'em then . However, now , I think they have aged beautifully

Haven’t gotten it back yet, but I keep my eyes open for one. My first guitar was given to me by a friend of my mom named Johnny Payne. It was a white 80s Hamer Standard just like Lita Fords. I was young and dumb and absolutely shouldn’t have had it. My family moved a lot and during one of the moves it went missing. It was all taken apart at the time because I decided to paint it (like I said, young and dumb). Someday I’ll get another. Some day. Sadly the prices on the few I’ve seen keep going up and up on them.

Yes, and got it back and realized that I didn't and never looked back.
R

In 1973 I bought an Ibanez Concord 754 jumbo, inspired by the Gibson Everley Brothers. Great instrument that was probably better than many Norlin era Gibsons. I played it around the London folk club curcuit for a couple of years until some b&stard stole it. I spent years trying to find another one but only about 100 were made so they are as rare as rocking horse droppings. I finally replaced it with a Martin D18, but have regularly kept my eye on various sites ...... just in case.
Finally, after 46 years, I found one in the UK in February and arranged for a friend who lives locally to collect it as I live in France. The guitar had no case so after talking to Gibson Europe about dimensions, I ordered a quality case and had it shipped to me just outside of Paris. When it arrived I suddenly felt like I was 18 years old again and hundreds of happy memories came flooding back. With new strings it's a dream to play and will never leave me
The second trip down memory lane was buying a 2005 Custom Shop NOS in sonic blue to replace the 1962 one that I had to sell in my impoverished student days - my first quality guitar. Well done the Custom Shop, it's a great copy of a classic instrument.
The final event was to replace the 1964 Vox AC30 Top Boost that I sold at the same time as the 1962 strat. I couldn't justify an original so I opted for the Quilter Superblock UK which also has standard AC30 and Marshall JMP voicings. Plugged into a Toob 12S speaker assembly with an AlNiCo Jensen Blackbird 40 (think Celestion Gold) I can get sounds very close to those I had in the early 1970s - with an incredibly small footprint.
Nostalgia is worth chasing
Last edited: Saturday at 2:32 PM

I had an old 70s MIJ Les Paul custom which was awesome and stupidly sold it to pay some bills at the time, I decided to keep my Gibson because of the brand name. Should have sold the Gibson (and got more for it!) and kept the MIJ. I still sort of know who has it so hoping one day they have a clear out.
You must log in or register to reply here.
Share:
Facebook Twitter Reddit Pinterest Tumblr WhatsApp Email Link