Do you ever ask to play someone else's guitar?

I would never presume to ask to play someone else's guitar. And pretty much nobody plays my guitars. Only very rare occurrences, at home, very close personal friends but even then it feels weird to watch somebody else play one of my guitars. It's like somebody else asking to dance with my wife. Not going to happen.

I played a show one time, and someone actually brought in an early 60s Strat and wanted me to play a song with it on stage. I thought that was weird. But I did it at his request. It's about the only time I would feel comfortable playing someone else's guitar. The other night somebody came up after the show, very complimentary about the show and my gear and asked if he could play one of my guitars. I thanked him gratefully and forced a subject change. Cuz that's not going to happen.

Am I the Oddball here?
C

No problem giving a guitar-playing friend a shot of a guitar - nice to share with someone else and hear their opinion of it.

Strangers... hmmmm... would depend very much on the circumstances. A few years back when packing up after a gig I had a guy approach and ask me to take my Strat back out of its case for a look... he'd had a drink and was a bit persistent, but I wasn't comfortable with the idea so declined. I felt a little bad because he was clearly genuinely enthusiastic but I didn't want the thing dinged, scratched or dropped on the floor... I suppose in the end if he wanted to hold an American Strat bad enough he could call in at his local guitar store the following day and ask (soberly) to play one of theirs!

As for me asking to play someone else's - yeah, sure - if I know them personally. Worst that can happen is that they decline (and we never speak again).
Last edited: Sunday at 9:06 AM

If I know the person, then I'd let them play my guitar.

I wouldn't ask but I wouldn't refuse if offered.
O

I don't ask, but I have played others' instruments when offered. 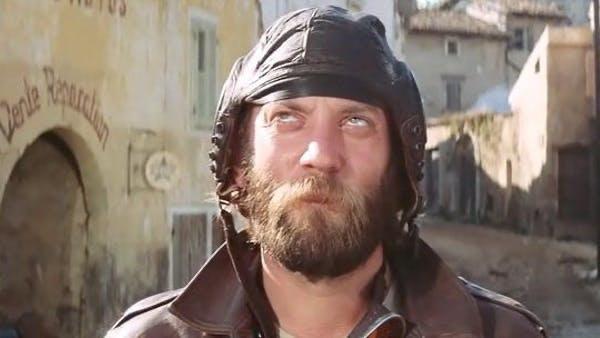 Not the oddball at all in my book. I’d always wait until asked before trying anyone else’s guitar; the only other ones I’ll freely play are my dad’s, and he’s more than welcome to pick up any of mine when he’s around.

Otherwise, even with band mates/friends I’d feel truly awful if any accident occurred whilst I was holding their guitar, and vice versa - if anything’s going to befall mine, I’d feel (slightly) better if it were my fault than anyone else’s.

Another aspect (even with careful friends) is how their hands/skin chemistry can affect your guitar. A close friend (& old band mate) has really corrosive hands (he’s on a fair bit of medication too) and back when we used to be a lot freer in lending out guitars in a session, I’d always find I needed at least a string clean (sometimes a change) and a clean down of the fretboard & neck before it felt like mine again. A small but practical point.

Depends on circumstances, if it's appropriate and we're geeking out on gear anyway though, sure. I wouldn't go up to someone I didn't know and dive straight in, it'd have to be in context of a conversation.

I often gig with vintage Gibsons so I occasionally have someone come up after and ask about it and if it's still out (and they appear reasonably sober, obviously) I'll pass it to them so they can have a look while we're talking - I occasionally get some horrified looks as if it's some sort of sacred antique and I tell them don't be silly, it's just a guitar. If I can gig it someone else can hold it for a few minutes without it dissolving into dust.

I have no problem with giving a friend a play. When I was taking lessons, I would go to my teacher's apartment, and play one of his guitars, but by then, I had known him for years. One time, I was working at a place, and one of my coworkers brought in pre war Gibson 00, and he let me play it a little, what a lovely instrument.
S

Nope. It's almost as awkward as asking someone if you can drive their car.

My good friends? Yes.
Some random schmoe? Go kick rocks.
I don’t perform much but I’ve been to those jam sessions where the ding dong who looks like he just put down his crack pipe runs up to the guy with an vintage or expensive guitar: “Hey, dude, can I play that?”
Sure, when monkeys fly out my butt.
R

If I know them, sure. I've played plenty of other people's guitars, and people have played mine. Sitting in with a friends band or them sitting in or at the house or in the studio or whatever. Stranger? No. I've been the host of jams and generally I did not let anyone play my guitar. Though I did let a guy I didn't know play my tele at a jam I was at (I knew the house band), they were a band from out of town, did a show in the park that day and so their gear was packed, they were just hanging out, I met the guitar player, nice guy. He played the tele.

I have an old strat, I've actually offered folks a chance to play it, and they said no, they were afraid they would break it of something. Plenty of people have played it though. I played a guys '60 strat, and a buddy's '60 pbass.

It's just a guitar.
E

I really can't relate to this, its a guitar. If someone wants to try it, great, enjoy it. Im not saying just anyone can take it home for a month, but if you what to see how it plays and feels,

I have 3-4 guitar buddies and we swap and borrow each other’s guitars all the time. I can’t see how this would be a concern. They are just guitars. Anybody I know/trust is welcome to play my guitars or amps. They’re just material objects.

I have three rules. Don't ask to borrow my truck, don't bum my cigarettes and keep your freaking hands off my guitar. I give these courtesies to others and I expect them in return.

If someone wants to play any of my guitars, have at it.
If I want to try one of theirs, "mind if I give it a shot?"
If my wife wants to dance with someone, have fun, this song sucks anyways.

Strummer9 said:
Nope. It's almost as awkward as asking someone if you can drive their car.
Click to expand...