Do you own Celeb gear?

I used to own an old plexi Marshall that was apparently used by Lindsay Buckingham on the Rumours tour.

close call:
i was bidding on a triaxis preamp owned by adrian belew. had to leave around the time the auction was to end and asked a roommate to snipe it out for me. he ended up buying a newer triaxis somehow, paying $50 more than belew triaxis went for.
i still own that preamp, though
A

I used to own a Marshall head that (I was told) was sent to Alex Lifeson's house but returned.

Recently I was given a guitar as a gift from a client of mine who has become a very close friend. He is a collector and has a few guitars that have celebrity associations. One of them is a red Hamer prototype, very early with the short horn body shape, triple coil pickup, and a bright red finish. It is stamped prototype, was built for and used by Rick Nielsen. I had a poster from a Creem magazine on my wall as a teenager with Rick getting all spastic with it. I mentioned this to my friend-and I always liked that guitar.

This past summer my wife became I'll, went into a coma and died. It was sudden, she was young. I didn't know how to cope. I kept working even though I was at the hospital every day. About a week before she passed, I returned about a dozen guitars to my friend, ones that I had cleaned and serviced. I asked him where he wanted me to hang a 64 firebird V. He told me "take down that red Hamer -and take it with you, I know you like it, and I want you to have it. I was very touched, he was just doing anything he could think of positive for me.

A year ago I traded a Gibson SG plus cash for a cool Les Paul Standard. The owner said he had gotten it from Richard Fortus of Guns N Roses.

The other day I ran into Richard Fortus at the park, and went over and said hi and asked about the guitar. He confirmed it was his and talked a little about what had been done to it. Cool guy, and now a cool story to go along with the guitar (which is absolutely fantastic).
S

Wow I don't get why a few guys sound cranky about others owning a piece of gear once owned by a celebrity lol. I don't own any gear that is celebrity owned but I am really enjoying this thread and find it cool both ways. What I mean by that is the guys who have a celeb related piece or someone that sold a piece to a famous player. The latter would sting me a bit though, because that must of meant it was a hell of a guitar lol. I have read many interviews with some of the worlds most famous players talking about their guitars and mostly all of them have a favorite guitar they bought from a fan after a show especially during the 60's and 70's. Nice thread-keep them coming!

A used and very beat up Mesa Recto cab that I got direct from Mesa in the mid 90's. The thing literally had chunks of tolex and wood missing, but sounded great and was a nice deal price wise. Came back to them that way from a then new endorsee. Soundgarden.

I own Matthew good's old fender tone master, almost bought a casino and tele that belonged to robert Quine, and had a guitar signed by and photographed by the members of 38 special, but thankfully My luthier was able to get all the signatures off and make it beautiful again...

My main flat-top was commissioned from Gibson by Larry Carlton. For whatever reason, upon delivery he decided that it wasn't what he wanted and sent it back. Gibson sat on it for a couple of years before sending it to a local dealer where I found it. I just bought one of Lincoln Brewster's main Custom Shop Heavy Relic Stratocasters. The guitar is incredible. I am already thinking about selling some gear and buying a similar backup. The guitar I bought is the sunburst Strat near the 0:30 mark in this video.

These were owned by famous players previously. The burst at the top is an early '60 that belonged to Roger Hodgson from Supertramp beginning from at least the mid 80's. He sold it to Norm Harris who flipped it to the dealer I bought it without knowing it was Rogers in '01.

The '56 Conversion below it was a restored Goldtop that I restored back to a burst conversion....look at that top...how could I not..But apparently it was previously owned by former TP & the Heartbreakers drummer Stan Lynch. That's according to the dealer from Florida I bought it from. I didn't pay more because of its history. I wanted a conversion candidate that was as light weight as the '60. 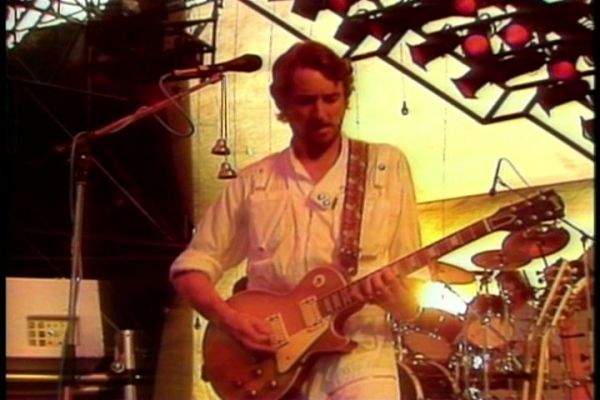 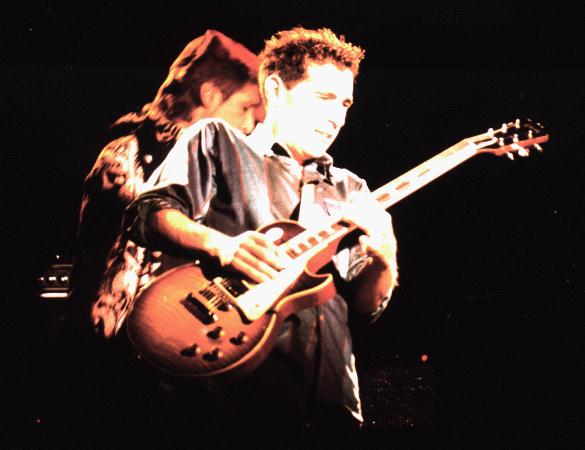 I sold it 6 years later because it wasn't as good as my first burst, 9 0421, that I still had and preferred playing. It was previously owned by a local guy Billy West who became famous doing cartoon voice characterizations. (Ren & Stimpy, Futurama, Warner Bros.) 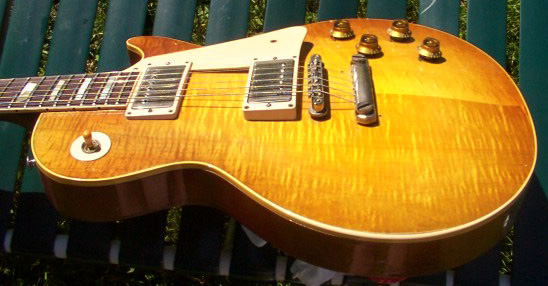 a few months ago this guy answered a CL ad I posted for this Martin D16M, which he bought. He also grabbed a Blues Junior amp that belonged to my nephew. 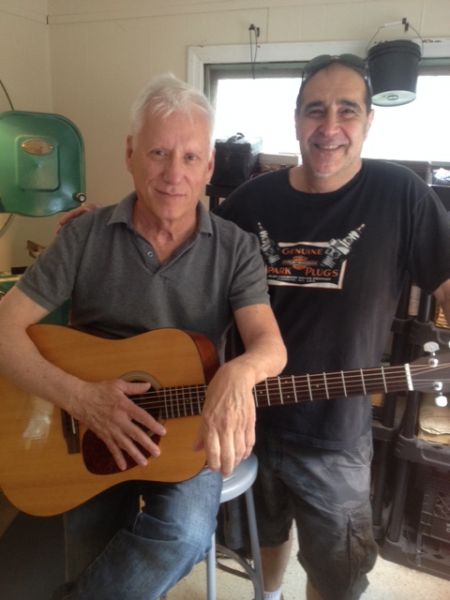 I have a Retro Channel fuzz that Lance Keltner (AKA: Wichita on TGP) recently sold to me. Sadly, while it sounded awesome in his YT demos of it, it's not working too well in my rig and is now for sale in the emporium. Probably more my playing ability (or lack thereof) than anything else.

My story's not as cool as most, but it's all I got.

I responded to a Craigslist ad for a vintage Peterson strobe tuner (450). When I got there, the seller had two to choose from, along with other tech gear and a couple guitars.

I asked if she was a guitar tech, to which she replied "More my deceased husband, me and him toured with Merle Haggard in the 80s and 90s as his guitar techs." I asked if one of the guitars belonged to Merle... sure enough, but it was a gift to her hubby and not for sale.

IIRC, her name was Cecilia. That was about 6 years ago. I still have the Peterson 450, and the memory.

I bought Tom's 59 Gretsch 6120 from him last year. Great guy and guitar player.

I had something i should have never given up.
Years ago a friend of mine walked into a store in Oklahoma City that had rented gear to Hendrix the night before as his was delayed.

Jimi was going to keep some of the cabs and heads and they had already spray painted his logo on the back.
HE played through those cabs, blew some of them and the blown cabs were sent back with payment for the blown speakers but with the Experience logo on the back.
My pal saw them rolling those in, bought two, and years later sold me one which was a mint 1969 Marshall cab with the Hendrix logo on the back and no speakers.
Of course in the 70's I could still get great celestions so I ended with a killer cab.

Years later a friend of mine who was sick with cancer really wanted that cab and I sold it to him cheap under the guise that I would get it back someday. He passed, his wife moved, and I never saw the cab again...

That would have been a neat thing to still have right?

When I was a kid I wanted a Floyd Rose in the worst way. My Step Father is a luthier has a shop and was peronal friends with Bruce Kulick and when he got the Kiss gig he got newer Floyds installed on some of his Charvels in place of the original non fine tuner ones.

His got a new Floyd on his red Charvel and I got the old one installed on my Tokai...A win for him and a HUGE win for a kid.

IbanezRokr said:
No, but a celebrity has my gear.

Mark Tremonti stole my amp! J/k! But he did want one in a rush from the same small builder that I had ordered from. So the builder sent mark mine and compensated me with a bunch of kick ass schwag, only a couple days more in waiting and a bitchin story about it. And the builder is a friend of mine, so I didn't mind at all. I believe the next 3 serial numbers after mine went to some fairly famous people too.
Click to expand...

I have Mark's AB foot switch.. With COA.. But i bought it because I needed one, I really didn't care who owned it.. And it was a good price..

i can't fathom this, but I can't fathom having the $ to afford to do so in the 1st place. Maybe then I could entertain the idea. At the moment it doesn't interest me in the least.
You must log in or register to reply here.
Share:
Facebook Twitter Reddit Pinterest Tumblr WhatsApp Email Link