trap said:
I don’t get the slacked truss rod thing
Click to expand...

I don't know about this. Let me call Eric Johnson.

Leo Fender didn't want to use a truss rod, but his sales guy was told without one the dealers wouldn't want the guitars.

Fingers said:
Leo Fender didn't want to use a truss rod, but his sales guy was told without one the dealers wouldn't want the guitars.
Click to expand...

Leo didn't do "tone"...Leo did $$$. It is likely that he didn't want a truss rod because without it the guitar would be cheaper to build.

Correct. He was/is a pure genius as we all know.

eddie101 said:
Correct. He was/is a pure genius as we all know.
Click to expand...

He was an engineer first and foremost.

Having a baseball bat bolt on neck with no truss rod is a sound engineering solution. I mean, the thing is not going to move. And if it does, you can just swap it out! And it's way cheaper to build than a neck with a truss rod.

But he needed someone to guide him with the reality of the market.

CharAznable said:
And if it does, you can just swap it out!
Click to expand...

Many collectors just wet their pants with that remark.

I have a 2007 D'Pergo Vintage Classic (neck only with recovered wood) that I understand to be possibly an early AVC (body and neck with recovered wood) as the weight of the guitar is consistent with the early AVC alder versions (slightly heavier than the VC alder guitars). I bought mine in mint condition for the same price as a typical used fender master built Strat. It took me a while to get used to the headstock, but the rest of the guitar was so well done and comfortable to play, that I've actually come to have a positive association with the shape, funny how things work that way.

Last year, I came very close to selling it and replacing it with two less expensive guitars. Since I've made the same mistake as many others in the past, i.e. sold guitars I really liked in hopes of something better before finding the replacement, I decided I would "look first" and sell the D'Pergo after. Over a few months, I literally played close to 3 dozen Strats from a range of builders and simply couldn't find another that I liked as much as the D'Pergo, so I've kept it and don't have any plans to sell any time soon. I've written this before and will say it again here... its not that the D'Pergo was necessarily superior in all ways. Here's some of what I found:

Was it clear that the D'Pergo had a much higher level of attention to detail? Most times, yes.

Did it sound better than every guitar I tried? Not necessarily, though I felt it was as good as the best I played (this included an original 65 Strat)

Was the playability better than every guitar I tried? First, the shape of the neck is either something you love or you don't, I love the shape so in terms of the feel of the neck, I didn't play anything else like it. That said, I played some other guitars where the action was better than mine is at its best.

Does the D'Pergo make me a better player? I wish, but no, but it does inspire me to pick it up and play more.

Did I buy it as a status symbol? Not even in the slightest. I have been playing on and off for more than 4 decades (and still suck, but that's another matter) and was at a point in my life where I could explore this as an option.

Would everyone else out there feel the same way about the guitars I've tried? Absolutely not, D'Pergo does something different and the "different" thing they do is something I happen to like. Of the many other guitars I tried, there were a few really good ones, a few that immediately went back to the rack, and a few that were squarely in the middle. Of the really good ones, the features that caused me to lose interest had more to do with specs than build quality.

Would I buy another D'Pergo? Up until 3 weeks ago, I was considering buying a D'Pergo tele at then end of the year. This was dependent on my business numbers hitting a certain point and if I could find a used one under $8K (my limit for a bolt-on at the time). I was also interested in looking more into Lentz guitars as they look like they have a similar level of 'perfectionism' in their attention to detail. Like the majority of folks out there, my business is taking a brutal hit and went from best to worst year in the course of 10 days. The one I own is likely to be it for a good while. I count my blessings daily that there is still relative peace in the world and that I even have enough attention and time to write posts on this site.

In summary, even if they were only $2K or less, just like there are certain guitars I don't care for, I don't think that D'Pergo guitars are for everyone. Like other really well made boutique or master built guitars, you pay more for great attention to detail at an OCD level. It's pretty cool to have an instrument that was built with the care that goes into a really well made guitar. Theres a lot that might not impact what your audience hears or how good the guitar sounds, but neither of those things were the sole factors in my personal decision to buy the one I own. The finishes and fret work (especially as his work evolved) are unlike any bolt-on (set neck wise, my Ruokangas is even better) I've ever had in my hands over the past 40 years, but I haven't played a Lentz (and I've read they do a similar level of work). Does this matter? Only if it matters to you. For this purchase, it was part of the whole package I was after. Oh... I've tightened the truss rod on mine and didn't notice any perceptible difference in tone.

Be safe and healthy people! I know music and my connection with others will matter greatly to me as we traverse what lies ahead.
Last edited: Apr 3, 2020

UliM said:
I own two D‘Pergos and they are my favorite guitars. The first one is from 2011 and an AVC with an early version of the French Floating Tremolo (the first one was in the guitar originally owned by David Torn and now Dan Phelps, I guess).
The other one I got last year and that one is even better. Do they justify the price point, I honestly don‘t know, what I know is that they are fantastic instruments and I didn‘t have any issues with Stefan. Just my 2 cents...
Click to expand...

yes!, i agree.
back in the day, i played well more than a few really stellar D'pergo guitars.

i can also say that i gravitate towards builders who do something differently with their guitars that is recognisable to me, somehow, and whom are also willing to try "new" ideas that reflect my current needs: these are folks who might even relish a little bit of reasonable (or, not: lol) challenge.
(eg, but not limited to: i want pickups that do this: i need a tornipulator circuit in the guitar: the vibrato bridge must do this: zero inlays in the fretboard: this guitar also needs an input jack: etc)
these are the primary reasons i don't usually play off-the-shelf electric guitars.

over the past few years, i've sold a number of guitars that i'd wished to keep, primarily in order to pay my (now deceased) father's mortgage & his years of unpaid US back-taxes; these problems were uncovered progressively as he became more and more ill..... and then demented.
apparently, sh*t happens; sad-lol.

my D'pergo green lantern, with the french-cut carved for the custom 6-screw floating vibrato, is an effing great guitar, but i had to let it go. (thankfully, it went to @Furilla, an incredible guy & musician.)

it was my favorite of stefan's guitars that i'd played, until i played one a few years later: one of his instruments which had no truss-rod.

my current happy Ronin strat-styles aren't strats at all, other than in general shape, scale-length; one of them has my 2 original custom Foilbuckers innit, the other has 3 MiniFoils and a "magic button". they both have Tornipulator circuits in 'em, of course.

i've played some amazing Lentz strat-style guitars --- much closer to vintage strats i think, somehow --- and one JG Astrocaster that blew me away, among others.
one of my immediate truly Strat-style favorites of ever was made by TGP'er @Laurent Brondel; no sh*t!
i had a very, very nice Tao guitar, here.
i've played some stunning Healy guitars. an excellent JM-style by Creston Lea.
i've also played a fantastic MIM Strat (under $250.!) that needed some work done, but was on-the-cusp-of-awesome, while not being nearly on the finely-crafted level of any of the aforementioned folks.
one of my favorite guitars, here, is an early '70's Borisova Futurama II short-scale "surf guitar" that was resurrected by TGP'er Pete @Malinoski Guitars.
so.
Last edited: Apr 4, 2020

The D'Pergo Buyer Beware thread is apparently completely gone. Not even old Alerts in my que. Like it never happened?

Maybe it was getting into litigious territory for TGP. Sucks! I wanted to hear that amp.

Well, if I spent that kind of money for an amp, I'd expect the ground lug on the power inlet to be connected to something, like perhaps the chassis. The electrical tape on the fuse holder was also a nice rustic touch.

I imagine those gut shots were the deciding factor. I wish the OP, the best of luck with the sale. At least we got a peek !

D pergola amp for sale in the emporium...

It moved to that great zip code in the sky. 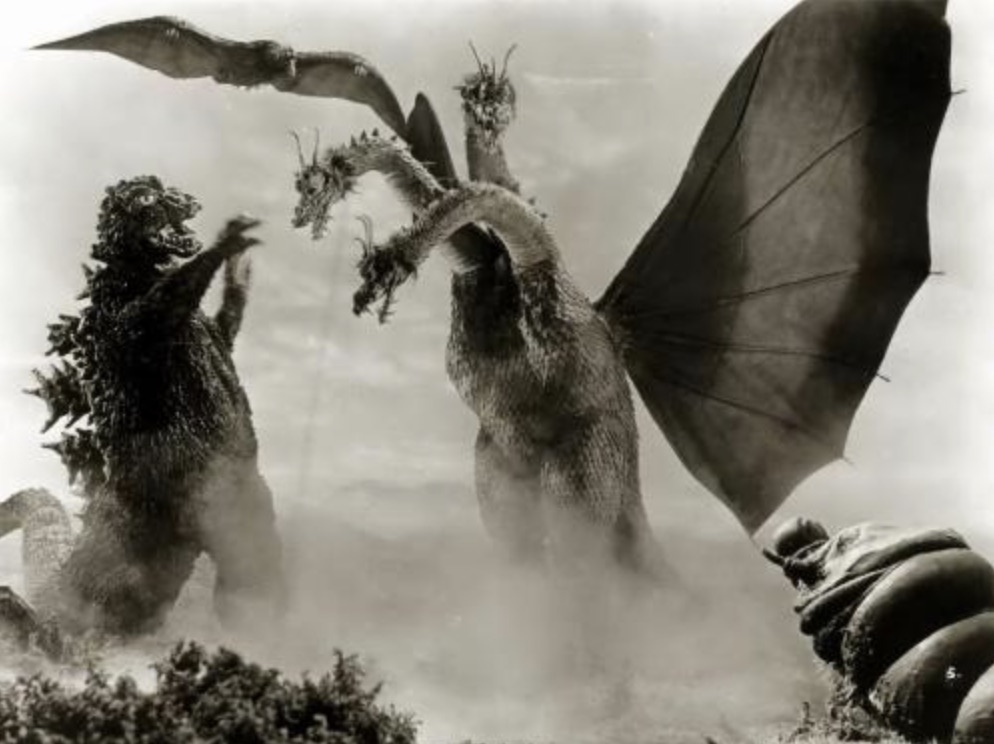 damn, I missed the gut pics!

They are all on the Reverb listing, botched grounding and all.

In the Great State

I'm a longtime D'Pergo owner and supporter, and I didn't know about the case vs. Sweetwater. Spent a good chunk of this afternoon reading through those docs, rulings, etc and really made me re-think my prior opinion on Stefan and the company.