are these Made in China and only finished in Japan? Read something like this somewhere and they do tend to be cheaper than MIJ Tokais.... still look pretty nice thou, but what's under the hood?

Do a search, there's tons of threads on Edwards. I'm not sure what they're doing today, but the 2005 Edwards I have I was assured was 100% manufactured in Japan, at least that's what I could make out from the sign language conversation with the salesman. He didn't speak English and I don't speak Japanese.
R

I went to jaPan a few months ago and wanted to come back with a guitar. Found a used Edwards 335 copy for super cheap. Played it for two mins. Done!! The thing smoked!! Tried to spend more money on guitars but just couldn't find one that compared to that Edwards. I was ready to drop another 2k on that trip but that Edwards was just too good. I have custom shop Gibsons and this Edwards kills them. Paint, hardware, pickups, neck, playability, all of it.

It says made it Japan on the label so I'm sticking with it. If China is making guitars like that, good for them. My opinion is esp/Edwards would never jeopardize there business by lying about something like that. Either way I don't care. It's a killer guitar and that's that.

I don't believe in made in USA anymore. I just don't. I'm kind of embarrassed of being American right now. That's a whole other conversation though.

The only people still claiming that Edwards are being made in China are either salespeople or retailers who want to discourage you from buying a for-Japan-only brand as it cuts into their sales, or fanboys that misquote that thread from MyLesPaul what first discovered that they had shifted part of the production of Edwards to the ESP China factory around 2009.

This is probably because their ADHD or spergy-ness keeps them from reading all the way until the end of the post, where it states:

The bottom line is that complete production of Edwards has returned to Japan after a brief interlude (at least 2009 maybe longer) when the initial phase of the manufacture (woodworking through painting) was done at the ESP China facility. While Edwards falls a little short of the Navagator line, the fit and finish are superb making Edwards guitars the most under-rated guitar brand in Japan. The bang-for-the-buck makes them one of the best buys around.
Click to expand...

From that same thread, someone posted a video from ESP Japan's Youtube channel of the guys from Anthrax visiting the ESP Tokyo factory. At 5:11, at the lower right, you can see a row of Edwards guitars off the assembly line.


Same dude what started the thread and inquiries to ESP concluded that production of Edwards had moved back to Japan after 2009, and the ESP China factory now produces LTDs and various for-Chinese-Market-Only brands.

Most of my contacts in Japan and the various retailers I've had them contact maintain that Edwards is currently MIJ, and I tend to trust them more than weirdo randoms on teh internets and some guy who wants me to spend money on an E-II so he can get his commission.
Last edited: Dec 29, 2016
F

That's good to hear, I've been lusting after various Edwards models for a while and was wondering how to tell MIC from MIJ. Not that I have a problem with MIC as such, my first dreadnought was a Chinese Blueridge and everyone loves that thing.

Anyway, does anyone know if it's possible to fit a two-screw truss rod cover on the LP and SG models? I don't want to change the logo or anything, but the big one-screw plate they use is the only thing I don't like about them.

^No, not really. While the E-LP is very Les Paul-like, there are a few things that distinguish them from their Gibson counterparts, one of which is the way the truss rod channel is cut.

You CAN kind-of try and Jerry-rig it, but the Edwards only has one screw keeping the the truss rod cover in place. I know some people have screwed in the top screw and either left the bottom one out or used a cut-off screw for cosmetic purposes (there isn't any wood where the bottom screw would go, so you'd be hitting the truss rod itself if you used a full-length screw). Personally, I don't think it looks right, although someone on the MyLesPaul forums did something similar and it looks okay (but it's just one picture in a certain lighting)

Some others have jerry-rigged an epiphone-style TRC with three screws, that may work for you, or not.

Ferrous_Wheel said:
That's good to hear, I've been lusting after various Edwards models for a while and was wondering how to tell MIC from MIJ. Not that I have a problem with MIC as such, my first dreadnought was a Chinese Blueridge and everyone loves that thing.

Anyway, does anyone know if it's possible to fit a two-screw truss rod cover on the LP and SG models? I don't want to change the logo or anything, but the big one-screw plate they use is the only thing I don't like about them.
Click to expand...

it's possible but you would need to stick a small piece of wood under the spot where the lower screw goes. Not a big deal, I saw a guy on youtube do this on an Epiphone.

Ok, this sounds like a good Gibson or Tokai alternative as the MIJ Tokais have become somewhat pricey as well. And the Edwards often come loaded with Duncan pups.... I have never tried one in person, but they look very nice on pictures and the specs are promising as well.

I have an Edwards Goldtop copy that is REALLY good...I did update the SD P90s with Lollars though. ;-)

My Edwards Tele-Gib is AMAZING! 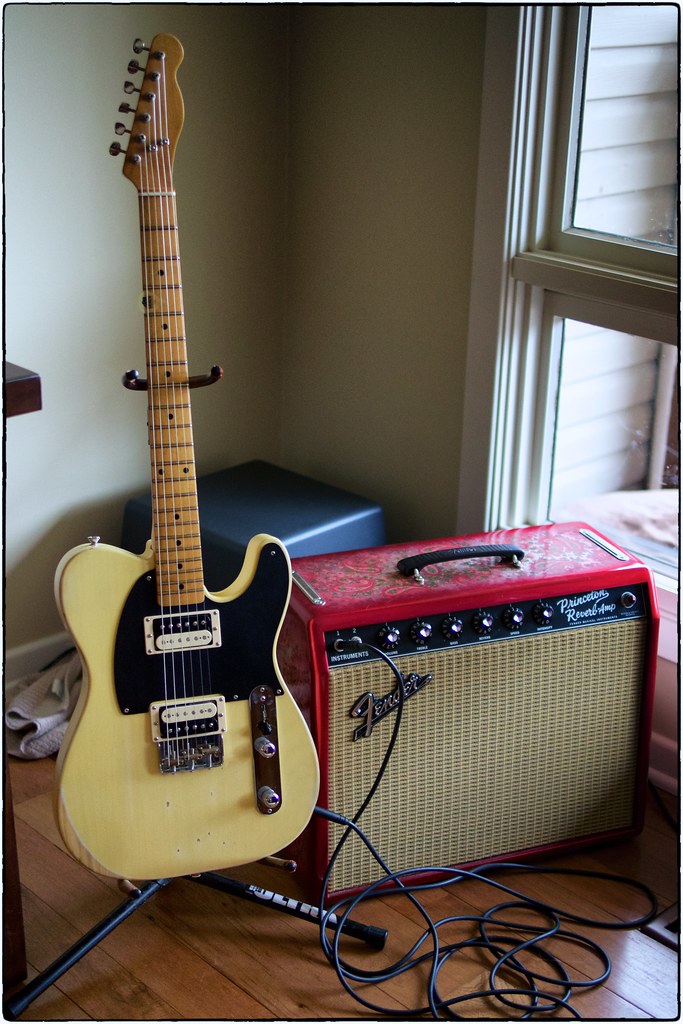 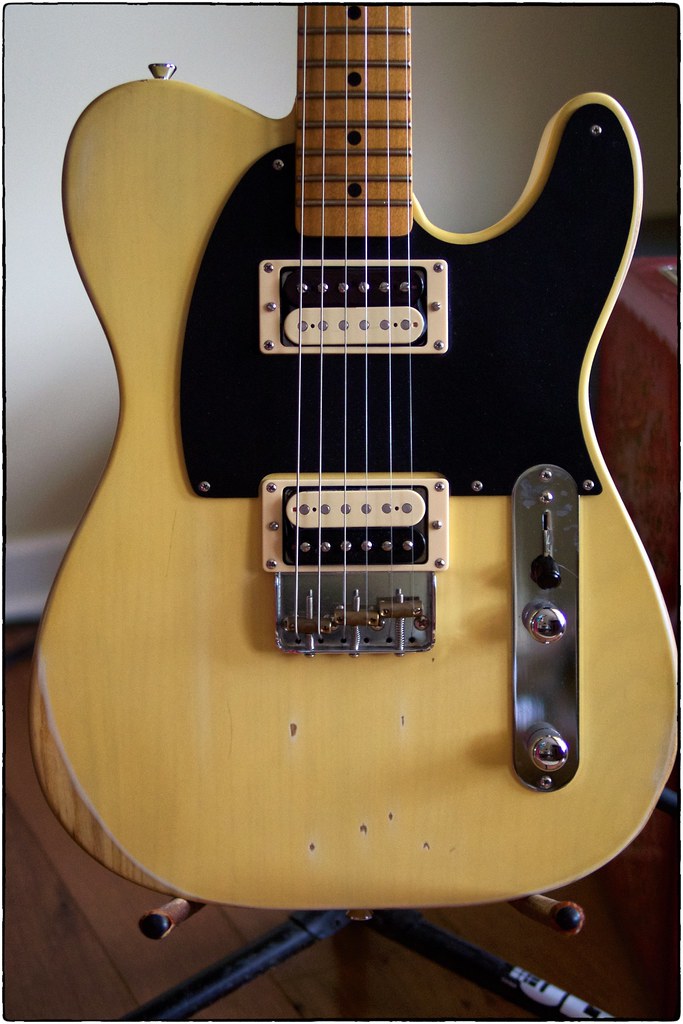 Just got a MiJ edwards strat. It is very well built! The only thing that could be a bit better is the finish, which on the body is not polished entirely smooth. There is a tiny bit of "spray" look to it if you look closely.
Otherwise it is very high quality!

I been gigging with an Edwards Les Paul for over 6 years. I've always figured it was an entirely Japanese operation. That said, I do not care where they are made, these are quality fiddles and will show up against any comparable Gibson.

Loved my black beauty Edwards- which some lucky TGP'er probably still has... had to get a real Lester, which is cool, but that Edwards was a true player.

i have real pauls. lots of em.

i have a few edwards too.

frankly i play and gig my edwards way more.

i love everything about em except two things.

frets are lowish like my 68 les paul custom. yes, a real vintage one, not a reissue.

If I was going to buy another Les Paul, Edwards would definitely be my first choice. And they are MIJ. Based on the couple Edwards I've played (which were both bought sight unseen, something you should never do with a "real" Les Paul), compared to all the Gibsons and Epiphones I've owned and/or played, the Edwards guitars are just better. The Japanese just have better build quality and attention to detail imo. They come with Seymour Duncan pickups, they sound and play great, you can get them with poly or nitro finishes, and they also have the lacquer taste finishes. All they really need, imo, is bigger, stainless frets.

to me they seem to be built with just a little more attention to detail and i do think the finish is a bit thinner and breathes alittle bit more than the non lts, the als is my favorite

Edwards LP's are simply amazing. Here is a little soundclip i made for myself for jamming at home:


Guitars are recorded via BIAS FX, no eq or any other processes on tracks, just raw guitar sound.

This surely is what you will get when you Plug your Edwards directly to your soundcard.

Nice guitar! Is this a poly finish? Was the guitar already reliced or did it happen by playing?

My Edwards Les Paul is a great guitar, one of my favorites, and I've had it for more than 10 years now. Fit, finish, and hardware are all superb. And yes, they usually come loaded with Duncan pickups, so you're good right off the bat.

I bought an Edwards LP custom, and it is a wonderful guitar. I found the neck width at the nut to feel a teeny bit wider then a Gibson, but other then that, the guitar is great.
It has a long tenon, and the top carves more like the vintage 50's LP's have. You won't see that on the Gibsons unless you look at a True Historic...maybe!