taez555 said:
Other than You Can Call me Al, none of those songs have lasted though. I still hear Me and Julio Down at the School Yard, or Kodacrome on the radio every day. Proof? I couldn't hum it if you asked me.
Click to expand...

Now you are just a crazy person, imo.

steven turner said:
I can't help how Billboard categorizes sh*t, man. I am not sure if you noticed, bu Paul Simon and Metallica don't really sound very similar, or have similar fan bases. You could say Metallica is music for stinky pot-filled vans filled with drunken, drugged metalheads getting ready for their McDonald's gig. Insults are easy. C'mon dude bro.
Click to expand...

The point just sailed over your head. The AC chart is designed by labels to promote chart success of acts within a strictly limited genre - in the same way the Mainstream Rock chart does. If it doesn't break on the Billboard chart - IT WAS NOT A HIT. Just because you hit 70 Homers one year in AAA doesn't mean you are better than the Babe.
Last edited: Nov 17, 2021

Well, I've seen BJ and EJ on stage together and EJ won that. As far as body of work, PS and EJ are pretty equal. But EJ has some shlock in there that PS doesn't. Nod to PS.

steven turner said:
"Graceland became Simon's most successful studio album and his highest-charting album in over a decade; it is estimated to have sold up to 16 million copies worldwide. It was lauded by critics, won the 1987 Grammy for Album of the Year, and is frequently cited as one of the best albums of all time. In 2006, it was added to the United States' National Recording Registry as "culturally, historically, or aesthetically important".[1]"

The singles listed below were all top 20.

Grammy's and congressional accolades are motivated by media more than anything else. So, for that matter, are chart listings. Did Brittany Spears or the Spice Girls ever release a song worthy of a Grammy or placing high on the charts? It's all who gets paid by who and judging talent on such things is pointless.

Jollyb said:
...Married to Christe Brinkley in her prime?
Click to expand...

This is critical information that I forgot when I voted for Elton.
S

I'm going to have to go with Elton John, purely because he's the only one to have played on an Alice in Chains album.

Kinda funny. Just this Monday I was telling my bandmates that I didn't think Joel had a catalog that stood up to time. Bass bro started naming songs...Rocket Man? Me: That's Elton John, lol. He named 3 other John songs while we laughed. Drummer bro says "The Stranger?" Me: only when the wife's out of town.

Personal taste aside, and trying to answer which has the most "impressive body of work"...I think maybe Simon, if only because he seemed to at least try to change lanes even if just a swerve with his African influenced stuff.

If the question is which I prefer, or which had songs that I think stand up 50-60 years later, its Elton John.


Finally? Who has a cool motorcycle collection!? Married to Christe Brinkley in her prime?

Answer: The Piano man hands down.

Simon had Edie Brickell in her prime. That, to my mind, is more impressive.

iamdavea said:
Simon had Edie Brickell in her prime. That, to my mind, is more impressive.
Click to expand...

You must certainly be using your mind, not your eyes.

ArtDecade said:
You must certainly be using your mind, not your eyes.
Click to expand...

The mind is a very powerful sexual stimulant.

iamdavea said:
The mind is a very powerful sexual stimulant.
Click to expand...

Well, there is a fetish for everything.

ArtDecade said:
Well, there is a fetish for everything.
Click to expand...

I'd be surprised if you've had a woman finer than a 29 year old Edie Brickell.
M

Elton is automatically disqualified because for most of his body of work he did not write his own lyrics.

So Billy because he has had way more popular chart hits than Paul.

iamdavea said:
I'd be surprised if you've had a woman finer than a 29 year old Edie Brickell.
Click to expand...

Look, mate. Get both of your hands back on the keyboard. This isn't that kind of forum.

ArtDecade said:
Look, mate. Get both of your hands back on the keyboard. This isn't that kind of forum.
Click to expand...

Your responses keep getting weaker. Shame.

iamdavea said:
Simon had Edie Brickell in her prime. That, to my mind, is more impressive.
Click to expand...

To that end, Simon was also married to Carrie Fisher for a moment in the early ‘80s. 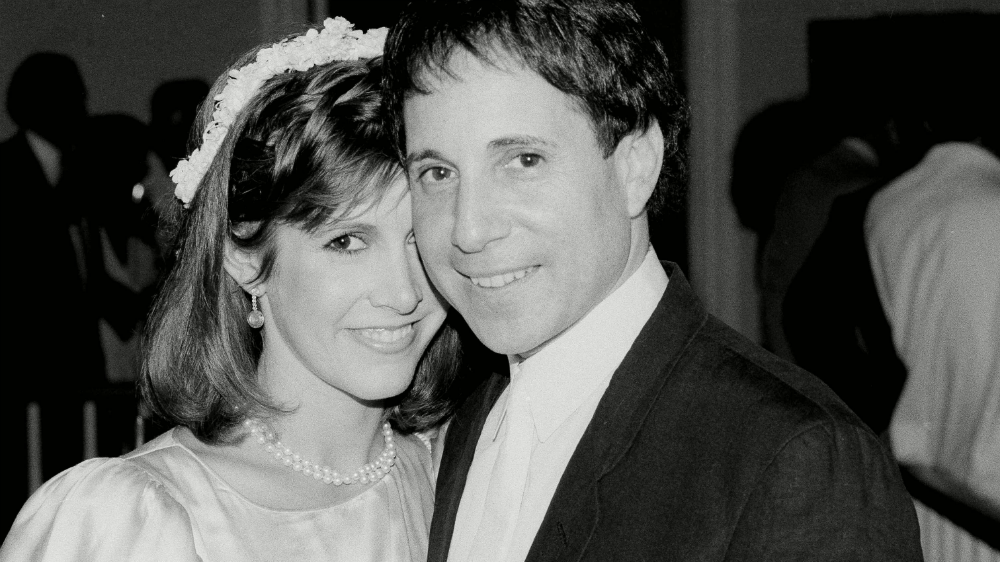 That's your best reply yet.
T

ontariomaximus said:
Been thinking of these 3 artists and their music. Who do YOU think has the most impressive body of work? And why?
Click to expand...

Good question Mr. OP and then the thread turns into who had the most hits which has nothing to do with most impressive body of work. Personally I put all three in the upper tier of great songwriters of the 20th Century.
You must log in or register to reply here.
Share:
Facebook Twitter Reddit Pinterest Tumblr WhatsApp Email Share Link