bermuda said:
yep agree 100% - I love tweed 3x10 bandmasters and Eric knows how to get the sound out of them. For such a simple amp they are crazy versatile.
Click to expand...

Well, that and having Dumble make and tweak them…
J

I wouldn't trust a single thing I read in the media about Eric Clapton from here on out. I know enough already, he's not my favorite, the funny thing is the more they smear him the more kind my opinion becomes.
I'm just waiting for them to insinuate that he's responsible for his son or SRV's death. I'm surprised they haven't already sank that low.
J

Jeffw5555 said:
I don't really care about all the drama surrounding whatever Clapton said or currently says. He has been an idiot his whole life. Idiots say stupid stuff. Watch the early videos from the 60's on how he "invented the Woman tone". He has only gone downhill since.

Regarding the rig rundown, I would only watch it to learn what NOT to use, as Clapton's tone has sucked since around 1970. It almost seems he goes out of his way to seek a lifeless, zero sustain tone from his guitars and amps.
Click to expand...

Man, dude, some people REALLY, REALLY care about vaccines. I dont believe that rant was about EC as a musician one bit.
J

sws1 said:
Haterz hate when they are bombarded with negative news about something. People are lemmings. It's how the business model works.

He has done nothing this year to spin a positive narrative. His choice. But clearly he is not concerned with preserving a positive legacy and is content with all the negative.
Click to expand...

Maybe it's a bit disorienting to see people acting like something out of a dystopian sci fi if you've never experienced it before. Maybe any PR person in their right mind would tell you not to respond to the negativity, a sort of miranda rights are in effect. Any response will be used against you.

Cymbaline said:
His best rig was the simplest, when he was in Cream. Fool SG, wah, curly cord, Marshall stack.
Click to expand...

I’m good with this rig except for the coil cords!
J

frijoleghost said:
as a clapton fan since 1964/5, in 2021 he has killed my eric buzz for good - dead and buried for all times...his kids should have a nice packet eventually though
Click to expand...

I'm sorry you let the media manipulate you like that. That is a buzzkill indeed.
J

fishleehooker said:
Clapton has been the biggest buzzkill this year. Sorry.
Todays morning storhy in Rock I just read: 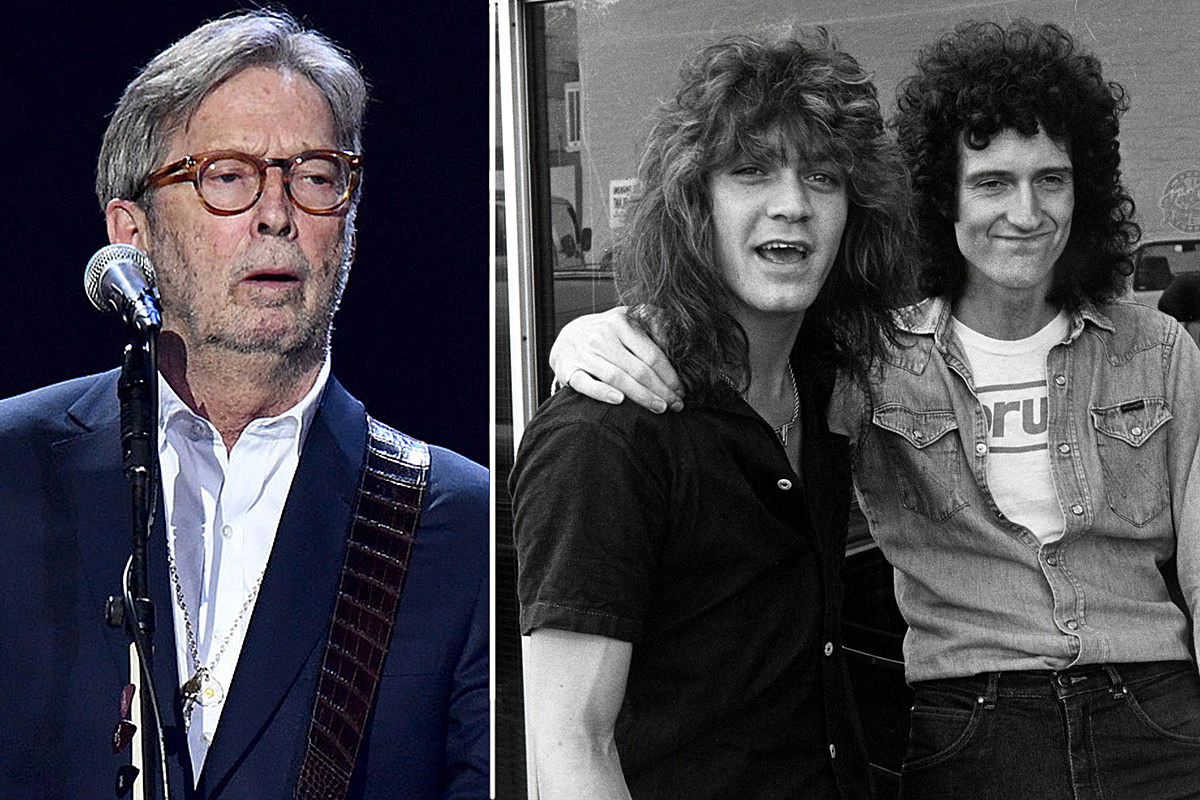 They hoped Slowhand would enjoy his ’Star Fleet Project’ dedication - but he didn’t.

Man that was some hair metal ass butt rock right there.

Joelish74 said:
I'm sorry you let the media manipulate you like that. That is a buzzkill indeed.
Click to expand...

"the media", huh...that's weird, cause i only watch the pro-COVID-19 channel...
actually, decades of increasingly rote and uninspired guitar playing dulled my buzz considerably before his anti-science caterwauling killed it double dead...can't wait for his new album though, entitled, "OUCH! WAAAHHH!"

This is my favorite version of this song.

I think its nice.

How can Clapton have said that about EVH and May when he sings about getting off on screamin guitars.....?
T

Really hits how a few generations of Burst adulation were based on Clapton's use of them, but he went to a Strat for most of his career.
J

frijoleghost said:
"the media", huh...that's weird, cause i only watch the pro-COVID-19 channel...
actually, decades of increasingly rote and uninspired guitar playing dulled my buzz considerably before his anti-science caterwauling killed it double dead...can't wait for his new album though, entitled, "OUCH! WAAAHHH!"
Click to expand...

My opinion of him today is no different than it was 5 years ago, that's all I'm saying. Not my favorite player or anything but I dont find his Covid statements the slightest bit controversial. The rigid way people are acting about Covid and the attempts to silence and smear are much more disturbing.

Funny, I swear I thought this was a thread about Clapton's recent rig rundown. Guess this one is queued up to be the latest casualty. Also, I've started noticing a correlation between low post counts and COVID-related thread derailments. Do you guys just come here get into pissing contests over a virus in a thread that's clearly about gear?

Not sure why I popped into this thread as I don't really care about EC, but this was one heck of a toilet break derailment read by the end.

Sometimes old men become churlish and turn into curmudgeons. It is best to ignore their bad behavior if you can.

Same guy in both cases. Not wrong to adore and admire him, not wrong to be disappointed in his ignorance.

i quote a great man, “Shut Up and Play Your Guitar!”

(Warning: this post is not about Clapton's rig. It does seem relevant to the covid-related tangents this thread took. Please skip if not interested in that.)

Robert Cray was stunned when he first heard “Stand and Deliver.” Eric Clapton, his onetime musical hero, who became a mentor and friend, had released his first protest song in 56 years of recording. Only it wasn’t about George Floyd or global warming. Clapton’s midtempo shuffle, a collaboration with Van Morrison released in December, went full anti-lockdown, taking aim at the government for trying to control a global pandemic by temporarily shuttering restaurants, gyms and concert halls.

What grabbed Cray’s attention was the second verse.

Cray — one of the great blues guitarists of his generation, a five-time Grammy winner and Black man born in segregated Georgia — emailed Clapton immediately. Was the 76-year-old guitar great comfortable singing Morrison’s words, which compared the lockdown to slavery?

“His reaction back to me was that he was referring to slaves from, you know, England from way back,” Cray says.

That didn’t satisfy Cray. Neither did their next email exchange. Then Cray stopped replying altogether. The next time he wrote was weeks later to politely inform Clapton that he couldn’t, in good conscience, open for him as planned on an upcoming tour.

After that, Cray watched as Clapton released two more lockdown songs, conducted a lengthy interview with vaccine skeptics, and pledged to perform only where fans would not be required to be vaccinated, or, as Clapton said in a statement, not “where there is a discriminated audience present.”