Ever buy a guitar, then sell it, then buy a 2nd time?

I've done this a few times. Sell it, think you're GASing for something else, then to realize that what you had, was actually the sound you wanted? I know I can't be the only one, lol.

We talking the same guitar or same model like an LP, strat or tele?

If the latter, then yes, if the former, no.

buddyboy said:
This one:

That's a beaut. I did it when I bought, sold, then bought and sold again the Gibson Midtown Custom. Then bought a PRS SE Cu24 Sweetwater exclusive and thought, "well, maybe I want another singlecut", returned it. But that Cu24 was great, just thought the grass was greener.

jordans0nly said:
That's a beaut. I did it when I bought, sold, then bought and sold again the Gibson Midtown Custom. Then bought a PRS SE Cu24 Sweetwater exclusive and thought, "well, maybe I want another singlecut", returned it. But that Cu24 was great, just thought the grass was greener.
Click to expand...

That exact SG was the same guitar I bought, sold and then bought again! I had sold it on Reverb and found it a year later here on the Emporium. I made money on the sale and bought it for less the second time!

I once sold my PRS Swamp Ash Special to fund a Heritage H535. I sold it to my buddy, thinking that I might want it back. The neck of the H535 was small for me, and my buddy liked it. So, I swapped the H535 for the SAS. 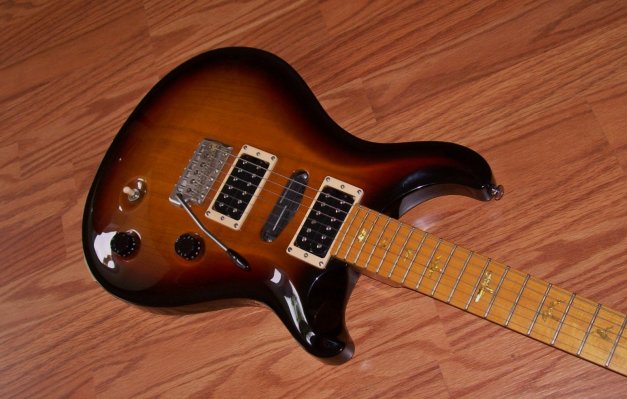 I later re-sold the SAS to buy my third (and best), PRS Starla. I still have that Starla, and have sold the other two that weren't as nice.

Nope, I’ve never sold or gave away a guitar I liked. If it got sold or given away, it was because of some issue I was having and either didn’t want to fix it or it just wasn’t worth it.

Did something similar with an amp. Traded cash and amp for a guitar. A few months later I see my amp on CL, for the same price I paid originally, along with a stand and padded cover, so I bought it back and still have it.

Same type? Yes. Same color as prior model? No. Same exact guitar? No, but I'd sure like to!

I’ve bought and sold the same model Chandler RH-2 lap steel FOUR times....and if I found a deal on one I’d buy it a FIFTH time.

My Epiphone Broadway.
Sold it, remorse set in, several years later bought a new one again.
I'll keep this one forever! 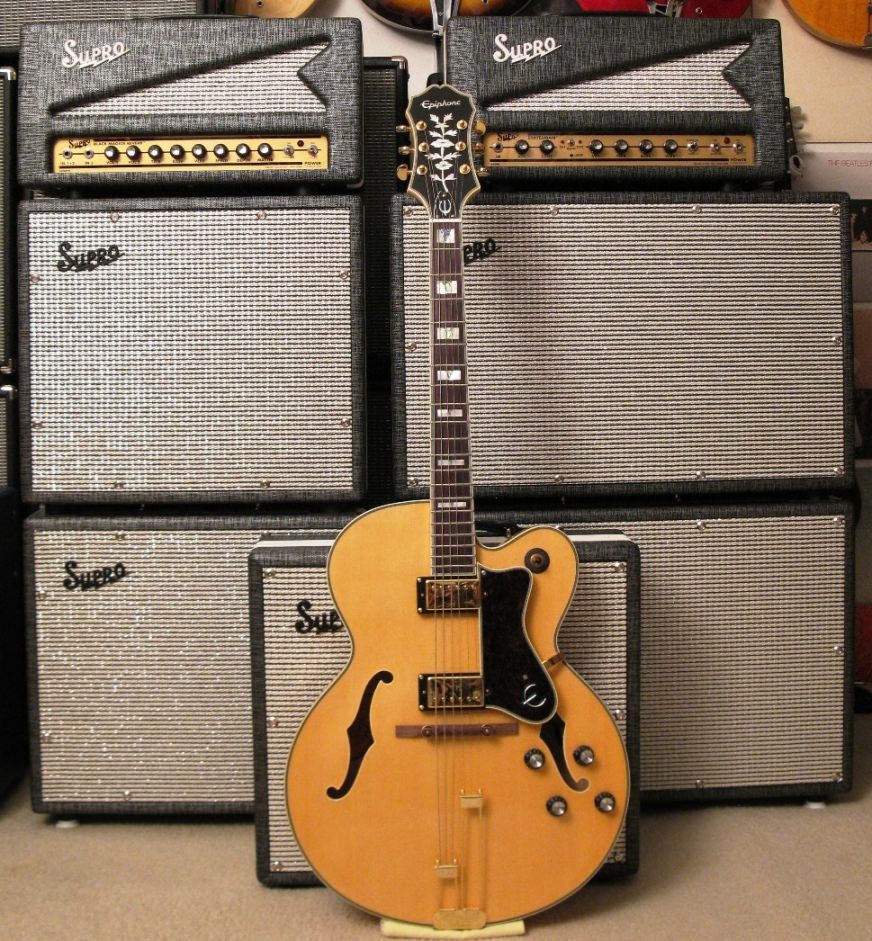 There are a few I would buy again, after the lamentation of selling it, but they don't come up for sale, which is probably the main reason I regret selling.

jordans0nly said:
I've done this a few times. Sell it, think you're GASing for something else, then to realize that what you had, was actually the sound you wanted? I know I can't be the only one, lol.
Click to expand...

I've found that generally when I sell a guitar, there's a good reason for it (it's not getting enough play for one reason or another, I have another guitar that does the same thing better or is higher end, etc). If I think I might regret letting something go, it always stays in the stable.

I have bought, sold, and then bought back guitars about 3 times over the course of many years playing...in all 3 instances it was actually the EXACT guitar I sold (two popped back up on Craigslist and one I grabbed at GC when it changed hands there), and all 3 of those guitars have since been sold again.

Of course this is just my experience as someone who luckily hasn't ever really "needed" to sell a guitar, so my decision to part with them was purely based on what I mentioned above. I imagine if you had to get rid of a guitar for financial reasons my experience wouldn't apply and someone would be thrilled to get that guitar back later on down the line.

Hefalump said:
Actually 3 times for a Les Paul with P 90 pickups, and 4 times for a Gibson SG.
Click to expand...

Ha, you've got me beat! But, IIRC, you have a Marshall VM, so ya gotta keep a herd of proper Gibsons on hand!

I owned a Eric Clapton Strat 10 years ago and sold it, ever since I have missed that guitar and one came up for sale last week that was was identical to mine so now I have a EC Strat again and loving it.