Over dinner a friend and I were talking about Mustangs and couldn't think of many soloists or blues rockers who play them. I'd love to hear one used for that if you can hip me to some players...

I think Johnny Winter played a DUO-SONIC (which is a lot like a mustang) live in the late 60's....never a big fan of mustangs.
T

Here's Hajime Tachibana playing one with the Plastics.

Adrian Belew sort of counts. He played Mustangs on the last King Crimson tour in the '80s, on his own projects, and with the Bears. However his were heavily modded, including adding Kahler trems.

Lots of clips of this cat playing a Mustang:

Jimi Hendrix used a Duo-Sonic with the Isley Brothers. He also used a 1966 Daytona Red Mustang on the Axis: Bold As Love and Electric Ladyland albums. Todd Rundgren use to. And he used the vibrola,

Mike bloomfield used one i think when he was with electric flag or something.

McLaughlin used a Mustang on Miles' In A Silent Way. 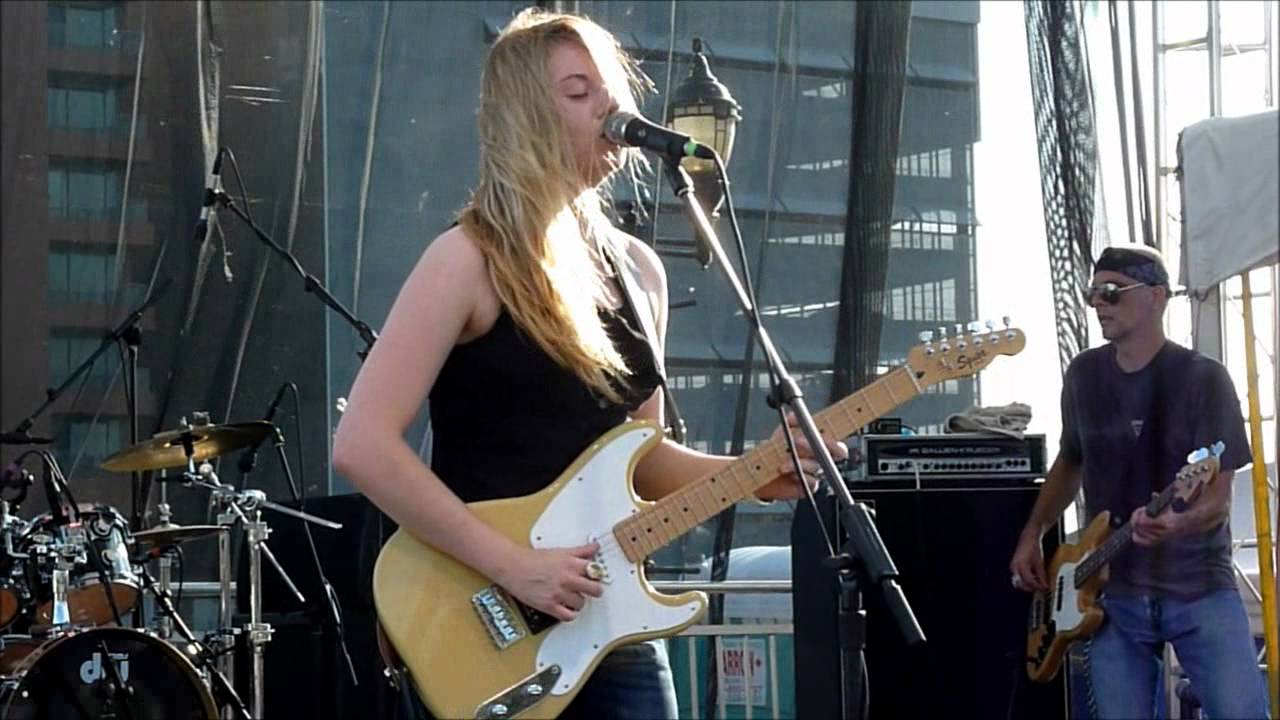 55GibsonLPJR said:
I think Johnny Winter played a DUO-SONIC (which is a lot like a mustang) live in the late 60's....never a big fan of mustangs.
Click to expand...

Winter actually did play a Mustang, not a Duo Sonic. He modified it with a trapeze tailpiece and a 3-way switch on the lower horn. I believe he played it on Johnny Winter, The Progressive Blues Experiment, Second Winter, and some of Johnny Winter And....

He used the 'stang for standard tuning stuff, in addition and a Fender Electric XII (strung with 6 strings) that he played open tuned slide on. There's some footage of him playing other guitars too, like an Epiphone Wilshire.

I have a tab book with some interview in it where he says the Mustang was like his main (standard tuned) guitar for those first several albums.

Great info. and pic's on Johnny winter! "Second winter" is a GREAT album and is the only 3 sided LP I've ever seen

Good classic Mustang tone all over the first Captain Beyond album.

An underappreciated heavy psychedelic gem from 1972. Guitar player was Rhino, of Iron Butterfly. It had Lee Dorman on bass, also from I.B... Singer was Rod Evans, original singer of Deep Purple, who sang "Hush." Bobby Caldwell on drums, fresh from his stint with Derringer & Johnny Winter And. The first record was very cool.


Check out "Raging River Of Fear" around 13:00. But the whole album is worth a listen. My original record got played so many times on the cheap stereo I had back then, it's pretty much wrecked.

eclecticsynergy said:
Good classic Mustang tone all over the first Captain Beyond album.
Click to expand...

I love that album, but was under the impression Rhino played a Strat into 100 watt Marshalls, both on the record and live. I could be wrong.

Here's an article from Vintage Guitar Magazine about Rhino that mentions his various rigs: http://www.vintageguitar.com/2922/larry-reinhardt/

Ah, didn't know that. I'd assumed the hybrid had always been his main guitar. It was a buddy of mine in the 80s LA music scene who told me Rhino was a Mustang man, but that probably was just a knockaround guitar he used when they jammed together. The article mentions his favorite Strat & Les Paul weren't there when the house was burgled and his gear got stolen. That's fortunate. The albums do sound more like Strat I guess, and now that I think of it the one big deep divebomb towards the end of Raging River Of Fear couldn't have been done with a Mustang whammybar.

I sure loved those records, the first one especially. Played several of those tunes in my very first band when they were newly released.
K

I learned on a Mustang. I think the scale length doesn't suit sustaining notes as much as 25.5"

Even when compensating for the scale with 11s it still didn't wail like I wanted it to. I miss it though.

istantodf said:
Mike bloomfield used one i think when he was with electric flag or something.
Click to expand...

I know he played a late-'50s Duo Sonic at his first solo studio session at Colombia. He got it at a relatives pawn shop or music store because he didn't have an electric guitar for the session, and it was cheap. I'm not sure about after that though, when he was in Butterfield, Electric Flag, and beyond. I've seen footage and pics of him playing that white Tele, his famous 'burst, a gold top, a Strat, and whatnot. Never a Mustang, but it's certainly possible.