I believe i'm mistaken. It was a duosonic, which is really clear in this photo.

Thanks for clearing it up.

65DuoSonic said:
I know he played a late-'50s Duo Sonic at his first solo studio session at Colombia. He got it at a relatives pawn shop or music store because he didn't have an electric guitar for the session, and it was cheap. I'm not sure about after that though, when he was in Butterfield, Electric Flag, and beyond. I've seen footage and pics of him playing that white Tele, his famous 'burst, a gold top, a Strat, and whatnot. Never a Mustang, but it's certainly possible.

Not blues but my favorite mustang player.

My '66 Mustang is my main guitar. In fact, so good, that I've since sold all my other electrics and have whittled down the collection to just it and another acoustic.

Now, obviously this is a little extreme, but I'm also trying to simplify things in my life quite a bit. That's a whole other story.

Point being, the lowly Mustang is BY FAR the most underrated guitar in the Fender lineup. Especially the vintage pieces. With the right eyes, you can find a good example for under or around $1k. I found mine (although expertly refinished by a local guitar company) for much lower.

These guitars just rock. They're unique, nobody else plays them, and they have an absolutely massive array of tones. I really believe this is more useful than the strat that it replaced. While the 24" scale was something I was worried about, all I can tell you is what has been repeated by many a player before: GET IT PROFESSIONALLY SET UP. This thing has the absolute lowest action I've ever seen on a 7.25" guitar, and is probably even lower than I would feel comfortable with a 9.5" radius. The trem springs have been replaced with much stronger and tighter springs, meaning the bridge and pretty clunky trem system is stabilized. All this leads to a very killer and very tight playing guitar. It feels no different than a 24.75" in my hands, and has plenty of sustain. I don't think there are many mustangs out there that have a decent set up, leading to the massive amount of hate that these guitars often get on these forums. Honestly, I wouldn't have ever believed it before I got this one. But I'm officially a convert. If you want something cool and weird, get a Stang and get it set up. I don't think you'll regret it.

Here is my old gal btw: Wow guru... that is super nice!

Adrian Belew sort of counts. He played Mustangs on the last King Crimson tour in the '80s, on his own projects, and with the Bears. However his were heavily modded, including adding Kahler trems.
Click to expand...

I think those modified Fenders Adrian Belew played were Musicmasters.

Not really a fan, but Lindsey Troy of Deap Vally plays a Mustang:

Not exactly Mustangs, but our very own Tomo Fujita has some seriously nice Duo-Sonics, and boy can he ever play them!

Do Jazzmasters count? ...Nels Cline tears it up on his. 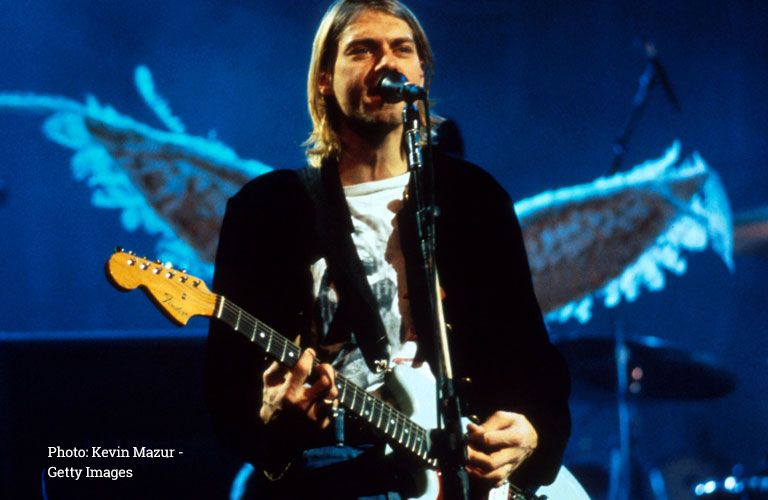 eclecticsynergy said:
Good classic Mustang tone all over the first Captain Beyond album.

An underappreciated heavy psychedelic gem from 1972. Guitar player was Rhino, of Iron Butterfly. It had Lee Dorman on bass, also from I.B... Singer was Rod Evans, original singer of Deep Purple, who sang "Hush." Bobby Caldwell on drums, fresh from his stint with Derringer & Johnny Winter And. The first record was very cool.


Check out "Raging River Of Fear" around 13:00. But the whole album is worth a listen. My original record got played so many times on the cheap stereo I had back then, it's pretty much wrecked.
Click to expand...

Wow...having flashbacks...I have this one in my record collection. We used to love this album!
B

It's a '70 competition and, though I've had it on the market a few times, I think that it's safe to say that it's staying with me. Whenever I play it with a band, they comment that it really cuts through but not in an "ice picky" way and they always suggest that I keep playing it. I always find my way back to a Les Paul but the Mustang is a great single coil guitar that is a ton of fun to play.

Dave Alvin on the early Blasters stuff I believe was a Mustang.

duckbunny said:
McLaughlin used a Mustang on Miles' In A Silent Way.
Click to expand...

Or was it some kind of acoustic with a pickup (one of those Guilds?) on In a Silent Way and a Mustang on Bitches Brew?

Very cool footage. It appears that he's playing a Mustang with the shorter 22.5" scale length (21 frets), as opposed to the 24" scale (22 fret) version. Great tone and playing.