Kevy_Metal said:
The "R" is silent.
Click to expand...

...but slowly reappears as you turn up the volume knob.

Could this be a clip-on tuner eventually wearing off the R?

Made of the finest chinesium?

onwingsoflead said:
Back in my GC days we got an Alvarez acoustic fresh from the factory that had the headstock logo spelled Alevarz. It somehow made it through QC. IDK, ish happens
Click to expand...

Amazing...that means that either an entire batch of decals were wrong...made it through incoming QA....made it through production and WIP quality checks....made it past final QA. Or, if it was an inlay then the routing program would have had to had been changed (unless it was a first article that made it through QA, and then all the manufacturing operations...WIP inspections and final inspection.
What are the odds?

That's pretty awesome, screw up from the factory most likely and wouldn't stop me from buying it. In the future you can post it on Reverb as a "special limited edition!"

xmd5a said:
There is nothing wrong with the head stock, it's all the decal. The nub is the correct size. The tuners and string trees are correct. Use the letter "S" in "Telecaster" and the last tuning post as reference, you can see that these two are placed differently from the factory. The way it's almost overlapped by the tuner looks crappy. I'm really surprised that Fender doesn't seem to have a decal placement template, because it's common to see the decal's laid differently from one Fender to the next. We can guess all day about how they happened in the factory, but no theory I can come up with seems like an innocent mistake. It's unlikely that the letter "R" would be so neatly missing from a run of decals.

You know what guitars I never see such errors on? Fender Japan models. Heck, I don't even recall seeing a Squier from China with a defect like this. This might have been sold as a blemish, but IMO it wouldn't have killed them to do it over or throw that neck out, for the price they're asking for these models. We're seeing more examples lately of MIA product being inferior to imports.

I also wish Fender would stick with the vintage Klusons and string trees for their vintage inspired models. Fender Japan gets that right, too. 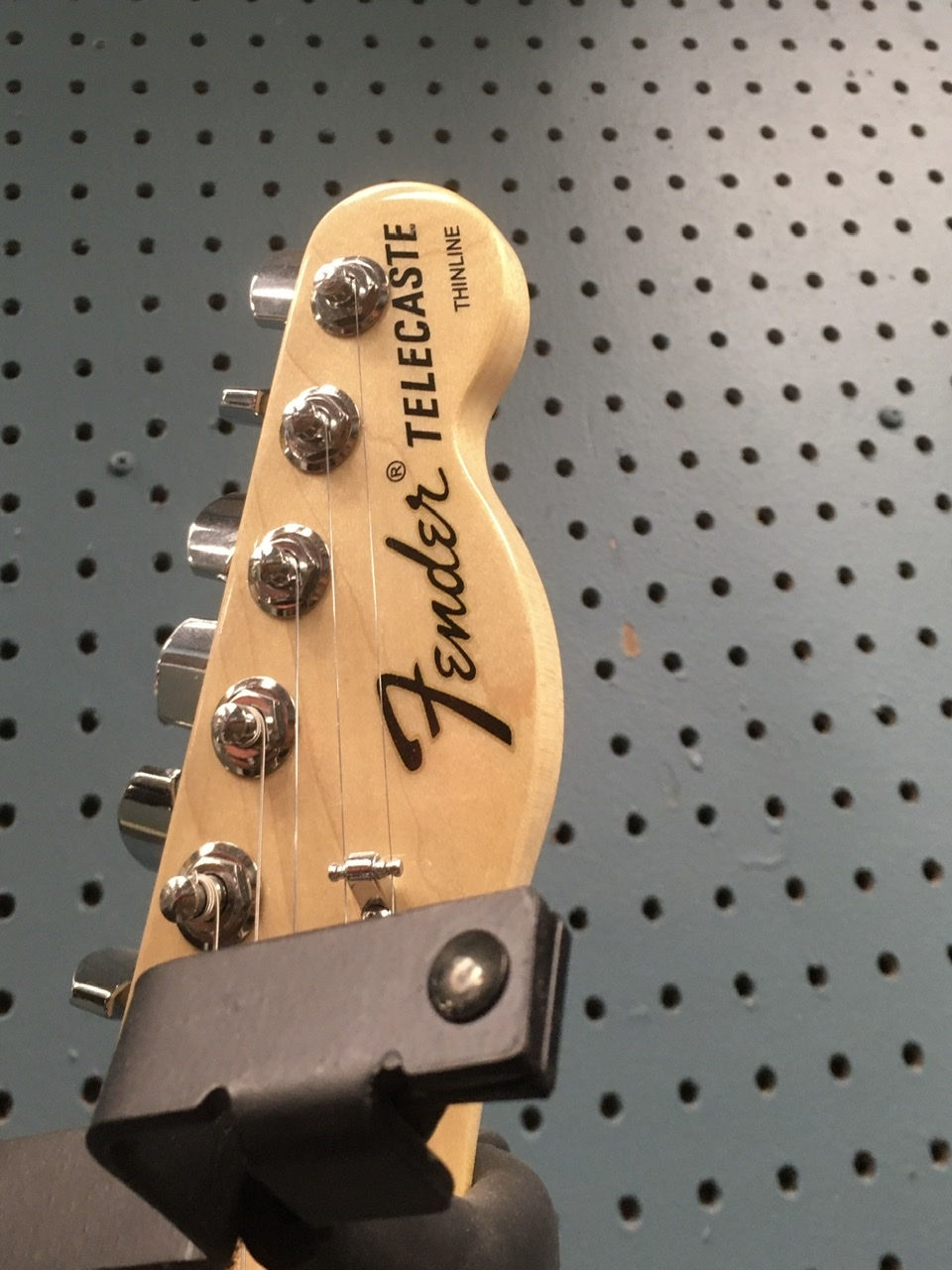 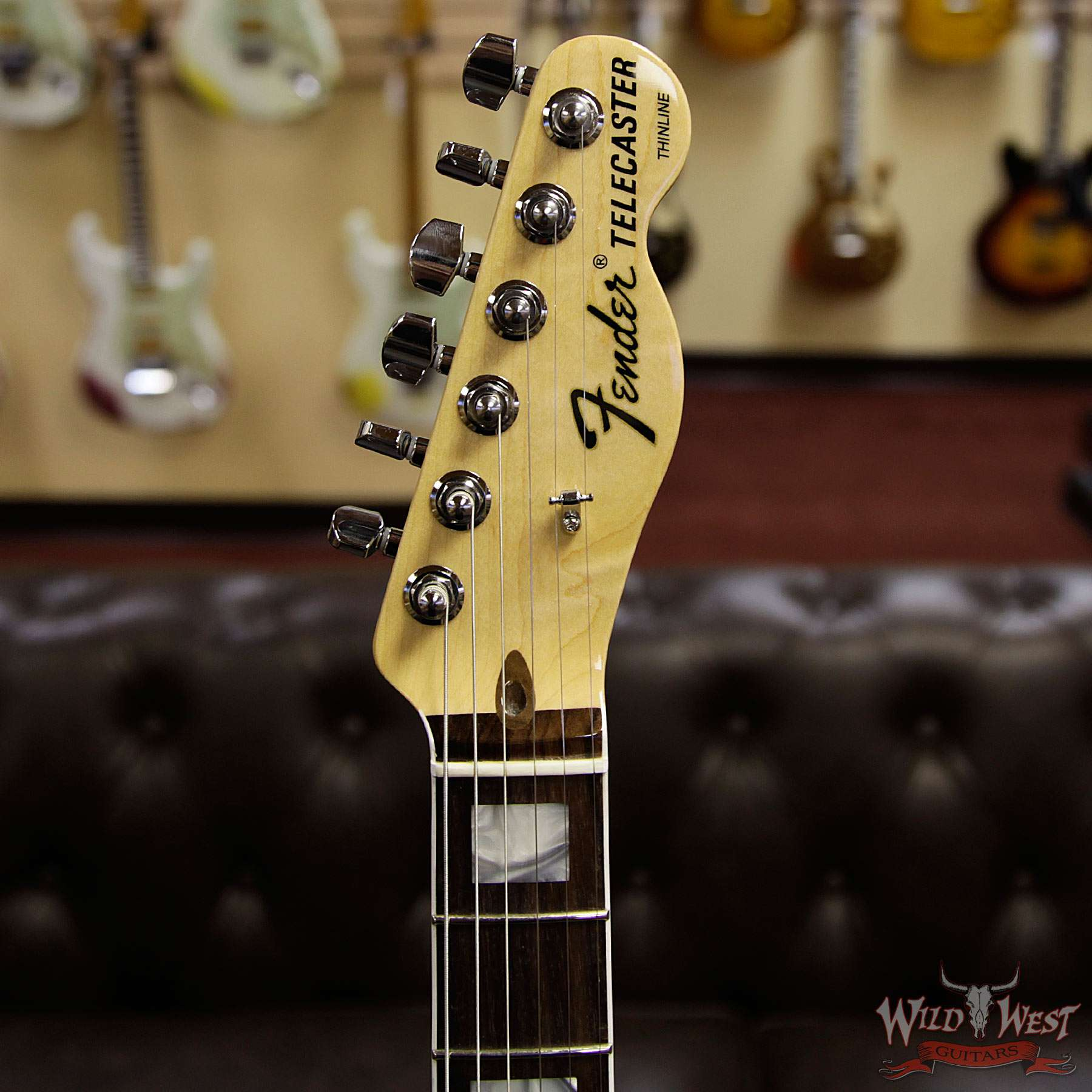 Now that you showed the difference the decal is definitely off, not the headstock being shaved down.
Oh well, I hope whoever does buy it either makes it right or writes the R in backwards with a red crayon.

The “r” is a custom shop option only

Serial number and Corona California on the back.

I'm sure its Gibson's quality control again... can't they get anything right?

If the logo made it past QC in that state it doesn't bode well for the rest of the guitar's faults, if any, being picked up by QC does it.

What did the shop say when you pointed this out to them?

That is the precursor to their new caste line. It's more of a system really.

The poor can only buy squiers, while the custom shop stuff is saved for those making 7 figure salaries.

Have a nice day!

You have good tast
B

If it is a Fender and it is a mistake this can become a collector's item.

or the decal was damaged prior to sticking & no one noticed

I figure there was a shortage of Rs due to the ever increasingly popular pirate day.