Had a fantastic day at my good buddy and member here @Mac Daddy 355 house. He has quite the guitar and amp collection to say the least. One guitar that always knocks me out is his 56 Telecaster, and I'm really not a vintage lover. It's the perfect balance of punch, clarity, weight, and playability. It does not twang like some of the vintage country clips you hear, but instead, has punch and a thickness of tone that is totally addicting. NO WIMPY thin tones anywhere to be found!!

That guitar is what steered me to Fralin overwound Tele pups. Not exact, but as close as I can find to that stunning guitar!!!
Anyway, the focal point was getting my new Louis Electrics Cobra against yet another Quinn TKT 183. This one was actually the very first one Shad ever completed and is serial #1. (But my EL34 is #00) (Long story) First off, both amps are complete tonal monsters, and powerhouses of volume if you want it. My old Marshall Major and Mesa Boogie Coliseum are the only amps I can think of that produce this type of push and power. Mind boggling, blow the speakers out of the cab, windows out of the house, eardrums out of your head type of power.
Good news...the MVs, like most (not all) Dumble MVs work to perfection. Beautiful, rich, smooth, violin, wooden cello like tones at almost any volume. First up was the MIGHTY QUINN, and MIGHTY is a massive understatement!!!
HUGE, 3D tones, with those incredible 183 haunting lower mids, and scooped, almost hollowed out, thick upper notes. Yes, I know the controversy about Shad, but the man was a flat out genius builder, there is NO debate about that.
Next was the Cobra. This amp Lou voiced right between my EL34 and 6L6 Quinns, or as close to that goal as possible, and it showed right away.
The Quinn has a giant lower push and extended highs, while the Cobra is more even from bottom to top. The Quinns treble cuts more and is a bit clearer, while the Cobras is thicker and rounder. Boosting the bass and treble on the Cobra, or jacking the mids on the Quinn make them extremely close. Of course both do "Politician" and the famed Robben Ford Blue line tones in their sleep. 183s are always a bit bigger and smoother than 102 types builds, Dumble got better with age.

Choosing one over the other would be next to impossible, or purely up to the individual player. Both kicked arse with Humbuckers, Strats and Teles. (With a Strat bridge pup, the big key for what I like is flipping on the midswitch) Mcdaddy does that a lot with Humbuckerd too, but he generally goes for a more classic rock tone, while I go for Robben Ford or my own take on that.

As much as I would like to say one is better, it's not to be. Both of these beasts will hang with any of the many Dumbles I have played, and both are superior to any of the other clones I have owned or heard. You still have "Not heard nothing like THE MIGHTY QUINN" unless you have been bitten by a LE COBRA of course! 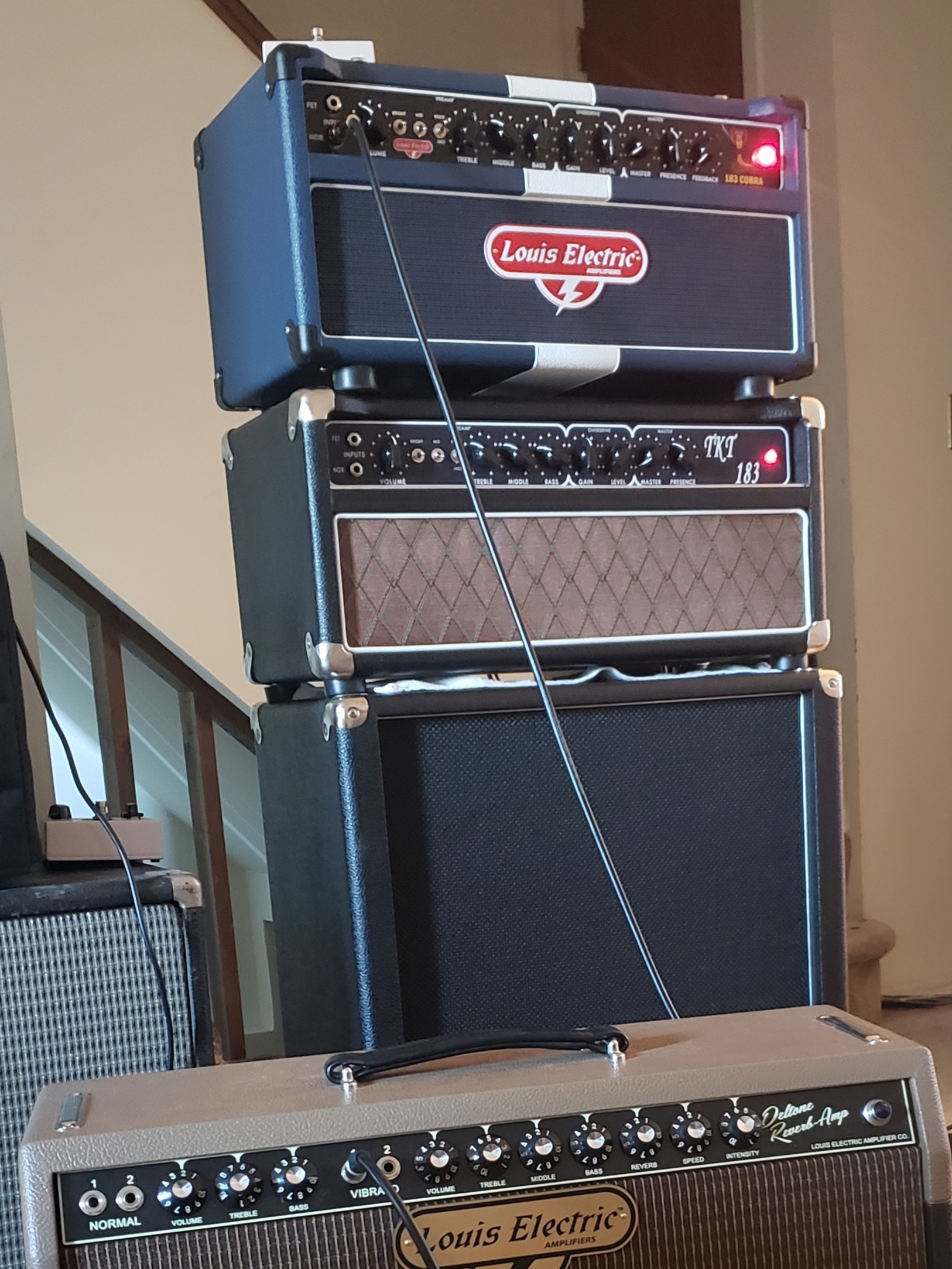 Grammatico just made an incredible one.

Selling the sizzle! Thanks for the review!

indiemojoe said:
Grammatico just made an incredible one.
Click to expand...

Of which Dumble? Comparison clips?
This was of 183, all parts needed were removed and measured, from input jack out.
Shad then made his own 6L6 version. Lou had full access to 3 Quinns, and all internal pics and measurements of the Dumble.
More info will be forthcoming when I have time.
(Work is insane)
Here is what the amp sounds like. A/B clips of it the Quinns, and the Dumble will also be forthcoming.

Listen to the HOWLING!!

Listen to the SIZZLE!!!

I can never get the year right!!!
AWESOME Tele!!!

Good to see you on here Macster!!

I can never get the year right!!!
AWESOME Tele!!!

Good to see you on here Macster!!

Dang Tag!
First I lust after the HB 594, now this!!! My amp tone neighborhood for sure!

Yours was most likely an SDO, (Shad Damron Overdrive) not a TKT 183 (Tag knows tone)
Model. Here is a pic from the back of the amp I am speaking of. (Unless Shad mistakenly labeled 2 TKTs 001!) Do you have pics?? 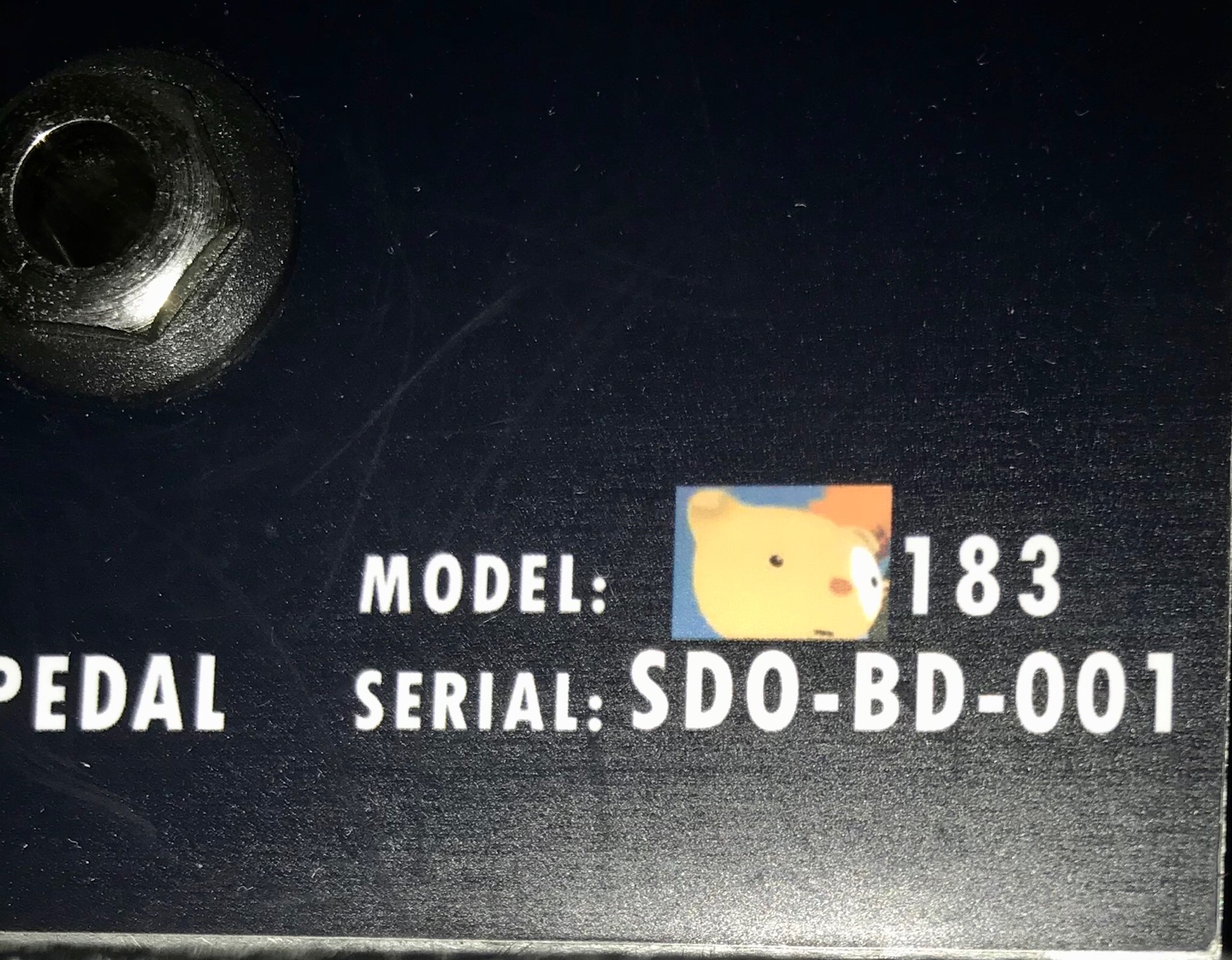 TNJ said:
Dang Tag!
First I lust after the HB 594, now this!!! My amp tone neighborhood for sure!

odourboy said:
I have some pics. Not the same. Mine is SDO-CB-001
Click to expand...

Got it!! The SDOs were Shads D style amps before I flew him here for the 183 project.
The SDOs are the amps that put Shad on the map. I owned one, and it was great! It's why I chose Shad for the project!! That's the amp that won the mega TGP Robben Ford Politician tone Dumble clone challenge!!!

Clearly an early Quinn , not a 183 voicing

Yours says TKT on it??