blast the fuzzes into really good Analog delay's
a Hughs and Kettner Rotosphere can also add a nice touch
a good tube amp with a good speaker such as a Swart, Tungsten, 65 Amps, ...
Last edited: Dec 27, 2017

Not necessarily the original pedal $$$, Lots of awesome clones for most of these.
I’m waiting for the Opamp Muff reissue, so stoked. I’ve been checking everyday to see if it’s shipped.

I started out the year with a Danelectro Cool Cat Fuzz v1, which is a Frantone Peach Fuzz clone.

I picked up a Barber Trifecta in a trade from a TGPer with a warning that it'd just make me want to try more.

Since then, I bought an EQD Hoof, Walrus Audio Jupiter v1, traded for an EQD Park Fuzz, bought a JHS Muffuletta, and now I've just bought another Hoof.

The Park Fuzz is different than all of those, but isn't the type of fuzz that my ears prefers, and it's on the block to help fund the new Hoof. I probably should keep it just to have a different sound available, but I don't run fuzz as my primary gain type, so I'm not sure I can justify that. 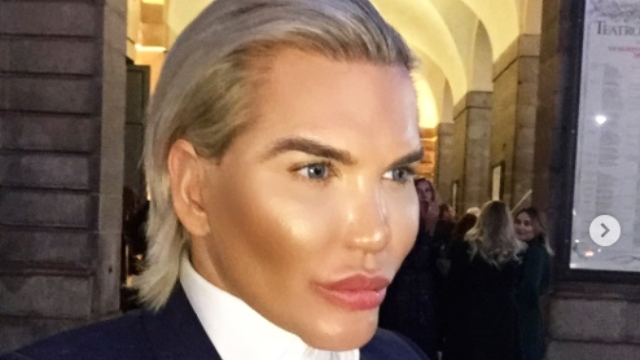 Yeah, I definitely prefer silicon in my fuzzes. Silicone is just a bit too “smooth”, as you can see...

Superfuzz and Muff are my favs


Castledine V2
All the Skreddy(s)?​

I may have missed it, but I don't believe that I saw a single Spaceman pedal on anyone's list ....
Hmmmm .....
Maybe they are not as essential or encompassing as many have previously professed?

Don't pass the Strictly Fuzz thread by. There's a lot of useful stuff. And you'll have fun reading it.

forget about fuzz faces and all that other trash, you don't want that.

In addition to the great pedals already mentioned, I would add the Mojo Hand Crosstown (a great fuzz), and the 65 Amps Colour Face (superb). I think the Wren & Cuff Germanium Your Face has already been mentioned, but I will agree that it is tremendous!

KCWM said:
I picked up a Barber Trifecta in a trade from a TGPer with a warning that it'd just make me want to try more.
Click to expand...

Ha! The Trifecta was my gateway fuzz. You were appropriately warned!

musica23 said:
Ha! The Trifecta was my gateway fuzz. You were appropriately warned!
Click to expand...

I was. Thing is, the Trifecta is actually a really good pedal and I love the way it records.
I

Lt Dak said:
I'd like to pick up an op amp. I like the Corgan demo. Generally, I'm hot and cold with muffs. There are times I love them, and times where it's the total opposite. I need to find one with a mid knob.
Click to expand...

I love my Arctic White Fuzz. Best fuzz I've had to date. I'm also digging my BYOC Large Triangle muff. I like my Classic 108 MXR fuzz, too, but not as much as the others.

Blanket Jackson said:
I may have missed it, but I don't believe that I saw a single Spaceman pedal on anyone's list ....
Hmmmm .....
Maybe they are not as essential or encompassing as many have previously professed?
Click to expand...

I’ve owned well over 100 fuzzes at this point and have, I think, about 30 around right now.

The Titan II is still one of the most regular that goes out on my board, versatile, cleanup, and you can boost it from in front or behind. Plays well with most everything and you can put it pretty much anywhere in the chain.

Nothing does what the Sputnik does, either.