KISS rock is dead, pretty much
Aerosmith rock isn't dead
ZZ Top rock isnt dead
( see what I'm doing here/)
Rock is legend and timeless
He (Mr Klein) has marketed himself out of rock music and into Circus marketing
I'm not popular anymore then nothings popular anymore
Gene is not rock - he is an average guy who got luck doing something ordinary with a LOT of gimmicks
No one seems to be stealing Kiss music

The Love of money is his rock now


Grubgoat said:
Stop being followers. If you dig rock music, go buy a record or see a local band, and don't worry what these "experts" are saying. Its like the stock analyst telling you to ignore an issue because "it's at its 52-week low, it's dead". Listen to him and you'll be kicking yourself in 8 months, when the stock surges back to an all-time high, and you could have had it for next to nothing...

There's *tons* of brilliance out there, and kids are buying guitars at a similar clip to Xboxes.
Click to expand...

Amazing amount of ageism and vitrol directed at the man ; he specifically pointed at that life had been good to him and that he was only speaking out because of concern for following generations of musicians .

He continues on about how he feels for this lost generation of kids who will not have the same opportunity that he had with Kiss. Its very sad for new bands. My heart goes out to them".
Click to expand...

I remember Don Henley got the same treatment around here ... Just doesn't pay to get older does it ; just wait , it's also coming for you ! (... if you're lucky enough !) ....Some of you disrespectfull youngins need a ...... 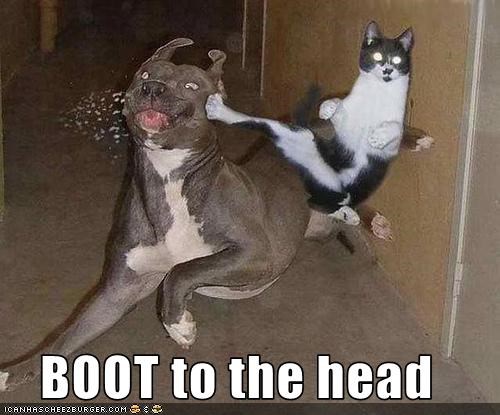 Now if you'll excuse me,there appears to be a great bounty of defiant young whupperSnapper clouds out there that need a good lecturing or two ....

Heinz57Pep said:
Paul gets it:

Paul Stanley seems to be like one of the most even keel, cooler rock legends out there. However, I think he maybe didn't read the article and is just reacting to the (misleading) title. Gene Simmons is pretty much right on on this one. Although maybe the title should've been "Independent Rock Is Dead". It's not sour grapes or old man pontification to say that the music industry, as an industry, is totally screwed from here on out. Everyone thought castrating the big business labels would make it easier for the little guy to get a crack at things. Turns out it was the total opposite. The big money companies (what's left of them) are still the only ones able to create and maintain popstars with gigantic tours, awards shows, and publicity machines. Meanwhile, there was a time when an independent artist could put out a product, sell it, and earn decent wages from hard work. No more. Putting something out independently now means simply giving it away for free, and that's that.

Rock isn't dead, but the ability to make tens of millions of dollars as a current rock artist pretty much is.
Click to expand...

I agree with this. There is a lot of opportunity for breaking acts to tour, but they are barely scratching out an existence from it. My nephew is currently touring with a national act. He's having a blast and getting some great experience, but it's not much of a living.

Pastor of Muppets said:
Most of the people posting didn't read it. On TGP you have to be 100% anti Kiss to be cool.

If Gene Simmons said animal abuse was bad 90% of the tan pants crowd would go home and beat their pets.
Click to expand...

I agree.
I like the first 4 KISS albums. They're raw and sound great. Gene is correct. Where is the creativity? And listen, playing a 38 year old song to sell luxury cars is not rock and roll.

I read the article (haven't read the comments) and have to say I agree with him, just not his motivations.

He claims file sharing is bad and that it has destroyed the music industry. He says he feels bad for the next generation because they don't stand a chance, because of file sharing. Bull snikey! He doesn't feel bad for upcoming musicians he doesn't even know. It's just caring about his bottom line ( I think he has enough money) and then he tries to spin it like he ONLY cares about file sharing because it is killing rock and opportunities for upcoming generations of kids wanting to become rock stars. Pfft!

Gene Simmons has proven time and time again, he doesn't care about musical integrity and is more about just using music to fatten his wallet. So why would he care if rock dies? My old drummer is a massive KISS fan. He talked about how Gene openly admits to selling out. He would play polka in a tutu if he thought that was the best way to make money. There probably isn't a single item in existence that doesn't have an officially licensed KISS version of it.

Don't get me wrong, I do agree with what he is saying. I plan on finishing up my first album within the next year and am really worried we won't be able to sell any because of file sharing. Rock is dying because of file sharing. I miss the days of going to CD stores like FYE ( we used to call it "F*** Yeah Expensive ) and others to look at CDs and discover new bands and getting out to the car, open it up, put it in and look at the inlay art and lyrics and actually hold something in my hands. It just irks me that someone as Rich as him constantly fighting over file sharing because he wants even more money. I know he deserves that money just as much as a small, new band or my band. It comes down to it being like a billionaire oil tycoon saying he wants the right to drill for oil in the Alaska nature preserve because he wants to boost tourism for Alaska and raise awareness for the animals in the nature preserve. No, he wants that oil to become even richer.

I know I will probably get blasted for this post, especially by
KISS fanatics, but o well. I hate when someone tries to trick people to get behind their position on an issue by misrepresenting their motivations.

Trying is the first step towards failure.

Americas Worst Generation: Only One Of My Three Nephews Knows Who Ace Frehley Is

Call me out of touch, but I really dont keep up with youth culture these days. In fact, Id say that much of what is currently in vogue is lost on me. However, I had a shocking wake-up call this past weekend when I brought up Ace Frehley in front of my three nephews (all members of the so-called Millennial Generation) and only one of them knew who that was.


This only solidifies a belief Ive held for several years now: Millennials are the worst generation in the history of the United States.
Click to expand...


phil_m said:
Americas Worst Generation: Only One Of My Three Nephews Knows Who Ace Frehley Is

Gene Simmons has always come across to me as a John Lennon wannabe. He ain't no John Lennon.

ewheel said:
Gene Simmons has always come across to me as a PT Barnum wannabe..
Click to expand...

Brutus said:
Plus you have to figure that 20000 person total
against what it cost to buy a Les Paul Custom back in the days when music was
worth listening to. Let's see... That would be 60's 70 's pricing divided into what
they cost now, take that number and get a ratio, minus the number of people
looking at their cellphones instead of the concert... Okay. They actually had an
audience of 6 people minus whoever got in free. Rock and roll, baby.
Click to expand...

"Back in the Day' there were much different costs involved in 'making it
and touring'. So yes a LP Custom cost .1% of the take when 'music was
worth listening too'. But touring cost about 20 times what it costs
today - now days there are dozens of inexpensive hotels, contract riders that get
followed because bands have real lawyers, restaurants
that have decent food and are open during musician hours, PA systems that work,
Lighting Systems that work, Techs that can actually operate the systems they were hired to operate
etc...ticket sales are cleaner and the money can be tracked easier and on in on......

Back in the 70's it cost a crap load to tour - try getting a low priced hotel
in a town - try eating half decent meal when nothing was open past 6pm etc..
try finding a hotel that had room service that the band could afford...only to have
it shut down at 9pm or just was shut down for the 'rockers' who the hotel didn't want to serve.