Gibson = Dad Rock? Has Gibson miscalculated for the future?

I just popped into this thread to see how many times Gibson's was used as plural.

BigPapiFan said:
Well, the sky could fall. Couldn’t it?
Click to expand...

Yes, I know there a MiM Fender options below $1000. Those are better compared to Epiphone IMHO.

Gibson’s management of Epiphone also pales in comparison to Fender’s management of Squier. Fender understands that aesthetics matter to most guitar players, whether they’re seasoned players or just starting out. Gibson stubbornly refuses to give the Epiphone copies of iconic Gibson guitars a Gibson headstock. Why? What purpose does changing the headstock serve? Squier headstocks look like Fender headstocks. New players and players on a budget get to play a guitar that looks just like their hero’s guitar, minus the logo, instead of playing a guitar that is deliberately made to look different and much cheaper than their hero’s guitar. Gibson even deliberately ensures that the binding is thinner on Epiphone LPs. Other LP copies from other companies have that nice, chunky Gibson-esque binding that stands out when you look at the guitar head-on. Not Epiphones! Gotta keep ‘em looking cheap, see?

Just the fact that owning a Gibson gives off Dad vibes,is a turn off.I’ll stick with my Fender’s. 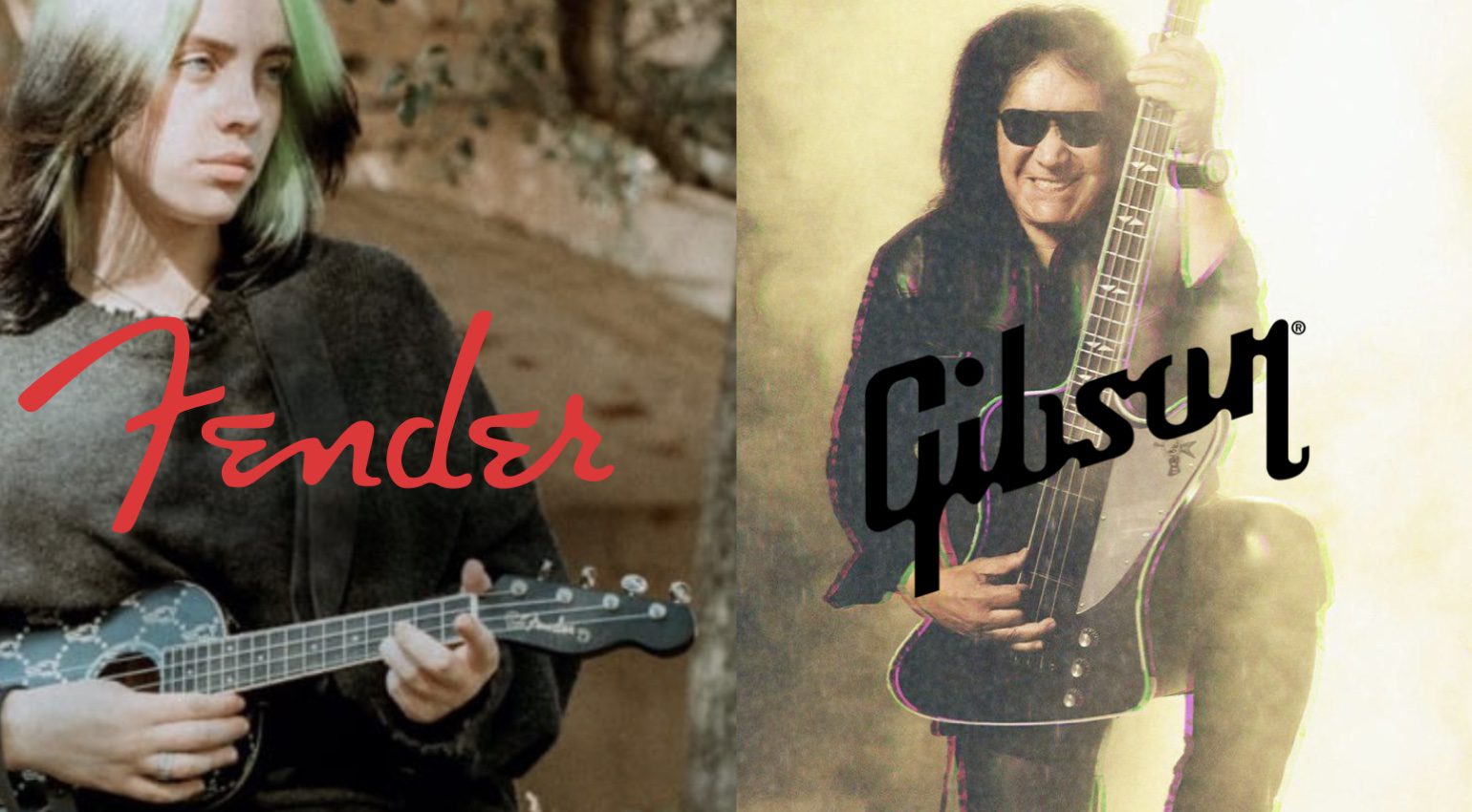 Gibson = Dad Rock? Has Gibson miscalculated for the future? - gearnews.com

YouTuber Rhett Shull thinks that Gibson mostly appeals to Dad Rock players and that the brand may be headed for trouble in the future.

What has Rhett done besides post click bait to have any viable offering on guitars ? He and Music is Win are two peas in a pod...

I'm neither criticizing nor defending Gibson; just an observation...
In every one of these threads, when it's brought up that Gibson may no longer be viable going into the future, there is invariably a contingent of people who are quick to say, "Gibson is doing just fine! They sell plenty!" But - this is not the premise of the discussion. The thing being discussed is the future sales of Gibson, not how things are right now.
Currently, there are a large number of players who have a certain nostalgia for the guitars they saw their heroes playing - but in the coming years, a lot of those players will be gone. Many people who dreamed of owning a real Les Paul because of Clapton or Page will no longer be customers, and Gibson will have to rely on sales to a younger - and different - generation.
This is not to say that the company can't adapt and rise to the occasion; they most certainly could. For now, though, it seems like Gibson doesn't want to adapt - yet. What they have right now is just too profitable. There are simply too many older players buying their instruments as luxury items and status symbols for them to be concerned. And it seems to me, at least, that Gibson is hell-bent to milk absolutely every drop from those people until the well runs dry - and are prepared to wait until that happens before worrying about where the next new customers are coming from.
Last edited: May 16, 2022
C

JohnK24 said:
What has Rhett done besides post click bait to have any viable offering on guitars ? He and Music is Win are two peas in a pod...
Click to expand...

To be fair, I imagine most YouTube guitar influencers would rather be a musician. Talent and luck have driven them to YouTube.
J

Benz2112 said:
Gibson's entire marketing strategy is predicated on white men over 50. It is almost as if KKR is only interested in short term growth. I am shocked.
Click to expand...

You can even see the CEO hanging out and playing rock star with KISS and other old dudes.

No. Don't listen to YouTubers.

Ha, lots of comments on my Gibson pricing post.

For the record, I'm a dad. And I have two Gibsons (R7, R0), and a Fender (Jimmy Page Mirror Telecaster). Plus a kit-built (not by me) double cut Junior and a Partscaster Esquire (built by me).

I'm at the age and stage of life where I can buy what makes me happy.

I am the living embodiment of this entire thread's supposition!

John Quinn said:
Whatever Gibsons Market is I'm not really sure - perhaps the relatively older player with some cash to spend - but conversely Epiphone is the budget guitar and Gibson owns them - I don't think the company is in trouble at all - and Fender doesn't have anything that approaches Gibson.
Click to expand...

I would say Fender surpass Gibson. Better marketing, more selection, more available price points, and better guitars. I've owned and played a lot of guitars over the years and I don't own a single Gibson any more. I'm not saying they are bad guitars, but for my money, I've always preferred the Fender experience. Just look at the number of artists who have chosen Fenders over the years, and the diversity of their music, and the Fender models they choose to use. Gibson are good guitars, Fender are better. Of course this is only my opinion. And Jimi's. And Stevie's. And Keith's. And Mark Knopfler's. And Bonnie Raitt's. And Eric Clapton's. And Dave Murray's. And....

How much did your grandfather pay you per hour?

All that, and a bag of chips

I reckon epiphone largely keeps Gibson afloat. Their historic lines my dry up when people aren’t trying to to relive their heydays, but by then I’ll be old and jonesing for an $10,000 84 Les Paul reissue.
Nostalgia isn’t going away

I want to know at what point in our culture did being a dad become a derogatory thing? At what point were we emasculated like this, do we have a date? I did not get the memo that my nuts had been chopped.

Real men don't stick around for all that uncool parenting stuff.

It's a very big deal for many people actually , Gibson needs to make it known and it should be noted on every individual guitar that it is indeed weight relieved.

If you bought a car thinking it had a V8 engine and never questioned it because it had a very powerful 6 that's still a huge problem .

If Gibson advertises a Les Paul as having a "SOLID" mahogany body with a carved maple top then it better not have holes drilled throughout it's body for weight relief .
Last edited: May 16, 2022
J

Im not just a Life long Lp player but im a dad and a grandfather. Lol. Maybe I should become a dentist so I can by a PRS . All this labeling of what kind of people, play what kind of guitar is stupid. Rock what you got.

budg said:
Young people ARE buying Epiphones though. Guess who owns Epiphone? Yep. Epiphone is the candy cigarettes of the guitar industry. Will all of those Epi users become Gibson users? Maybe not , but a lot of them will.
Click to expand...

What I find interesting about this is that Epiphone offers a lot more in colors and options than Gibson does, and I believe this is an often overlooked point. I am a younger player, and I dislike SG’s. However, some of those solid color metallic Epiphone SG’s are damned good looking… And if I were to buy an Epiphone, it would definitely be one of those. The fact that Gibson won’t dabble in that on their tribute and studio lines (entry level stuff) is probably a big missed opportunity with us younger folk.