No, they accommodate for faster string changes and eventual slipping around rhe string post because you need fewer winds. Doesn't change the issue with binding on the nut.

vbf said:
I have several LP's and don't have tuning issues.
Click to expand...

Same. Every LP I have owned has been rock solid. I wish some of my other guitars were as stable as the Gibsons

I used to get frustrated by strings binding in the nut slots of my brand new Gibsons , especially the G and B strings. Finally realized what an easy fix it is . The nut sauce, graphite, etc only works temporarily . Just widening the offending slots just a tiny bit is all that is required. You can use torch tip cleaners or a guitar string and you wont have that problem again. Works on every Gibson ive had the problem with.

apeekaboo said:
No, they accommodate for faster string changes and eventual slipping around rhe string post because you need fewer winds. Doesn't change the issue with binding on the nut.
Click to expand...

I don't even have one full wind on my guitars with locking tuners. A half wind maybe.

This topic needs a sticky— and lube only treats the symptoms.

One of the reasons I eventually came to the conclusion that I am a Strat guy was because of tuning and intonation issues on every Gibson or Epiphone I ever owned. However, in my case, tuning stability represented only about 25% of my complaints. Intonation was always the bulk of it.
K

It is physically impossible to make string bind in slots of Nylon nut. It has 'self lubricated' surface.

But why bother. Let the customer solve the non issue, while spending more money and doing these forum threads.

Ask youself a simple question - why you never read that original LP nuts were made of Nylon 6/6?

Surely, you can estimate what you just read in this post is irrelevant and by doing so you will prove the claim by which free market operates is correct- there is no exploiting the ignorance, it is nothing but a punishment well deserved.

Do not believe. Go play any post 2009 Gibson Custom Shop LP and make it's factory stock Nylon 6/6 nut bind string in it's slots.

Free market is desgned with intent to exploit incompetence. It is customer's obligation to self protect and prevent it by becoming competent.
H

Guppie said:
Nobody is thinking it's by accident but I've never heard a compelling reasoning to why they do this. Maybe it's because some people think more break angle equals more sustain or something (it doesn't). I personally think the strings fanning out is much more of a problem.
Click to expand...

It is curious. I'd say it was a holdover from the pre-pickup years, but they flattened the angle in the 1960's for a while. It looks unusual to not have that Gibson step angle but they have less issues. And then they went back to the step angle - for a reason?

One word and a couple of initials - Tusq XL

So after 11 minutes, the point is to keep the string moving off the tuner at the top of the winds. If that's it, this could be a 30 second video and is easy enough to try.

Dr. Tinnitus said:
So after 11 minutes, the point is to keep the string moving off the tuner at the top of the winds. If that's it, this could be a 30 second video and is easy enough to try.
Click to expand...

That and I've always assumed that this was fairly common knowledge since the day that I learned about it in 1968.

I still use pencil graphite in nut slots. I don't have any bad tuning issues.

otaypanky said:
There have been a lot of times when a G string gave me a problem. Often times I had to use my teeth to get them out of the crack ~
Click to expand...

You must have an extendible jaw like Alien.
D

Dr. Tinnitus said:
So after 11 minutes, the point is to keep the string moving off the tuner at the top of the winds. If that's it, this could be a 30 second video and is easy enough to try.
Click to expand...

Yeah, that's guy's videos have increasingly become loaded with filler material and BS. He's clearly a decent player but he's falling into the clickbait trap, like so many others.

Not a terrible idea presented- a simple way to lessen the break angle.

Mack72 said:
Basically, when you string the G, B, and E string, you simply string/wind up rather than down...
Click to expand...

It's more of a problem on Gibson because of the high angled headstock (17deg), less of a problem on Epiphones (12deg), and even less on PRS (9deg). This changes the downward pressure in the nut slots. It also reduces the propensity to break the headstocks off.

Avoid greasing the nut slots -- greases attract dirt and grit that over time increase the friction. Use dry graphite 'lock lube' or the #2 pencil trick, as a better long term solution.

Gibson guitars main early products were mandolins .. then they just carried over the headstock/neck design to steel string instruments -- so it wasn't designed to hold up against the modern rigors and thus they snap easily. Gibson needs to redesign against breakage and tuning but are fearful... and enjoying the number of players who buy replacement instruments.

Whenever I see Gibson guitars being played ... they have begun to take on the appearance of the antique Lutes for the super high headstock angle compared to PRS and Fender necks. 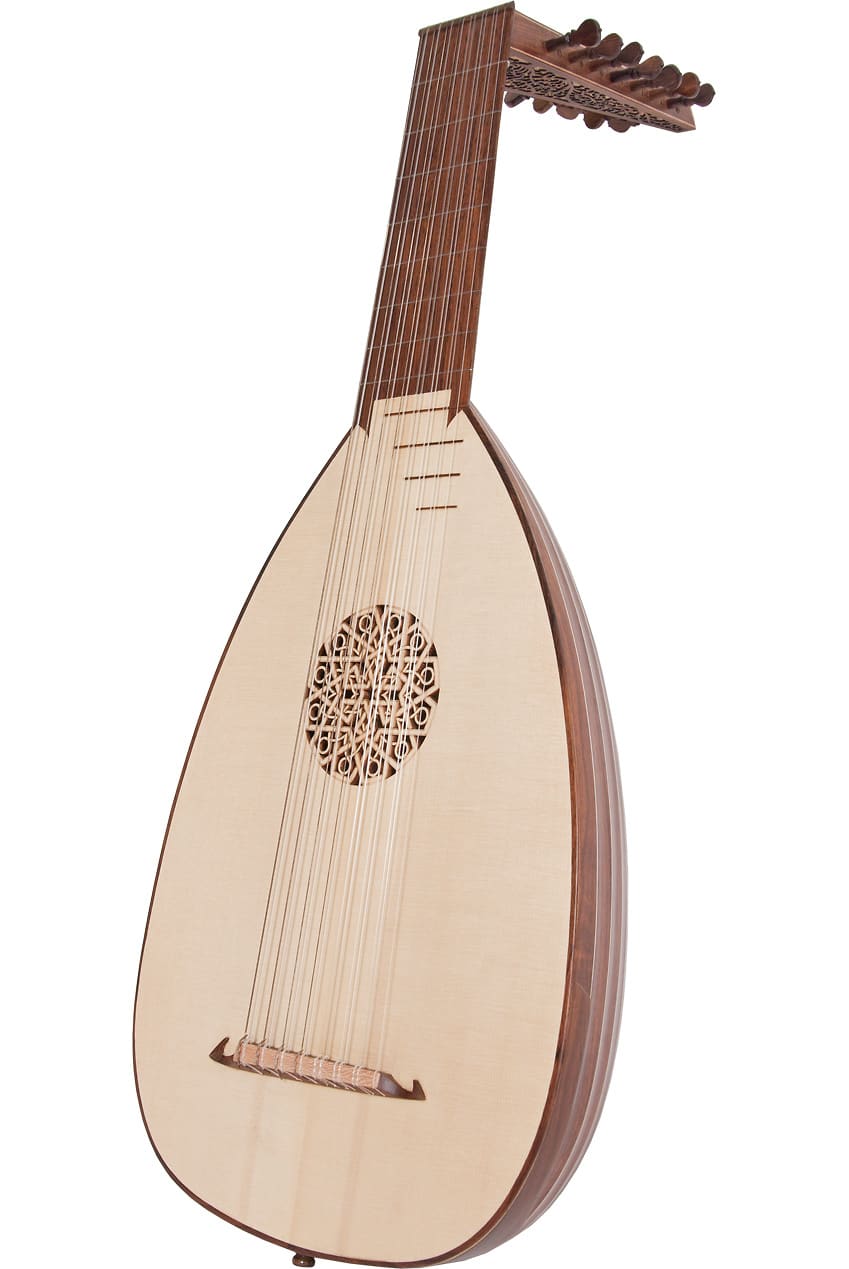 Most youtuber's know that Youtube pays the most for videos that are over 10 minutes long. So they edit all content to fit just over that minimum or longer.

Austin_Taunt said:
There are far cheaper ways to sound out of tune!!

Just teasing. I played a Gibson classic for a decade and I loved them and had no tuning issues. Not sure what happened but now I much prefer the 25.5” scale. I’ve had 4 different Gibson’s the past couple years trying to bring back that love I had for them. Weird how preferences change.
Click to expand...

I understand how preferences change, and although I'm full on Les Paul fan (I own three historics R4 R7 R0, and two Heritage H150s), I have been playing my Zemaitis guitars lately which are 25" scale, and a PRS Custom 22. The neck position tones are quite a bit different than Les Pauls, not better, just a fun diversion...

I did change the tuners on this one, not because of instability, I just didn't like the way they work or look 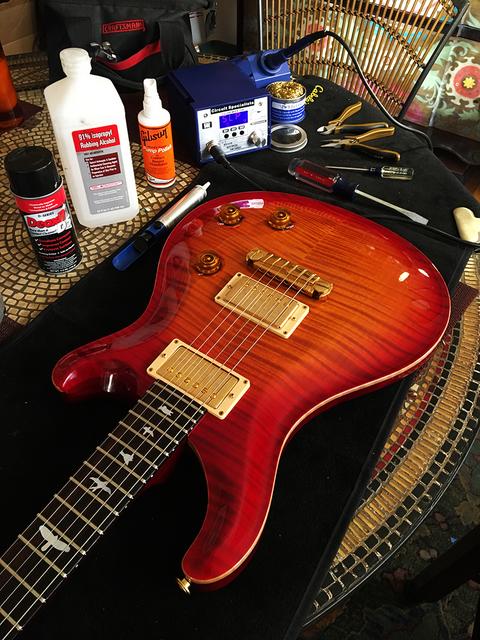 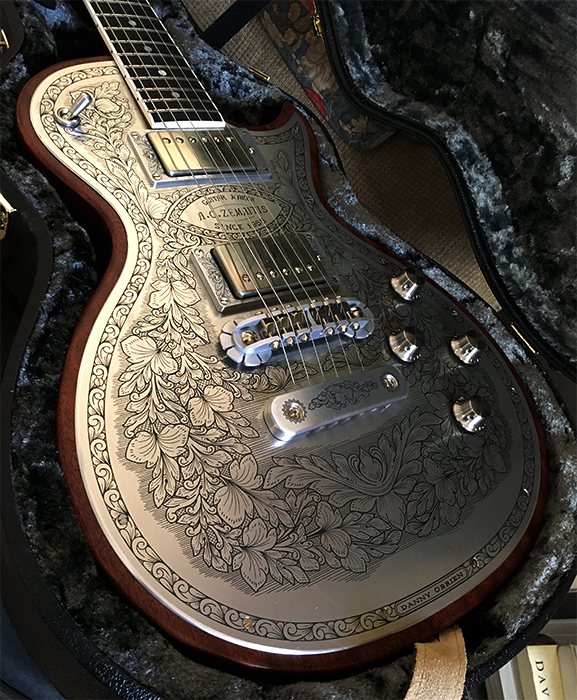