After watching several bands this past weekend at Coachella, one thing was obvious -- none of the kids these days are playing Gibsons. I saw a couple Les Pauls, but they were only used for a few songs. The vast majority of bands were all Fender. A fair amount of Teles, Strats, and Mustangs, but Jazzmasters dominated.

There was more variety in amps, but Fender dominated again. Distortion, in general, seems to be on the outs. Most of the bands were playing clean to overdriven.

Special mention to Pheobe Bridgers for rocking what looks like a custom BC Rich Warlock. 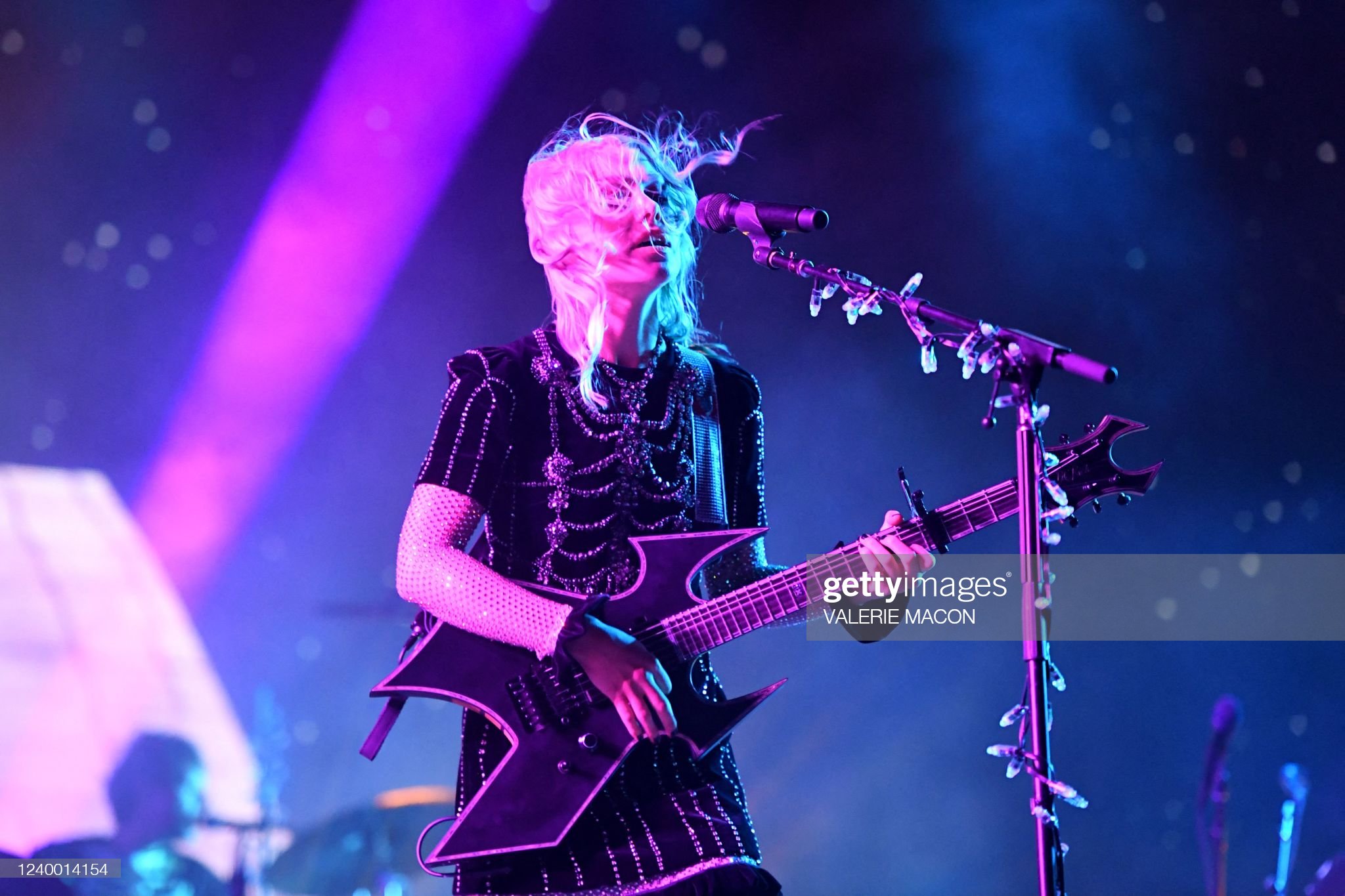 I was noticing the same thing.

Much like Mark Twain, reports of Gibson's demise are always greatly exaggerated

Granted, there are a LOT of bands on the lineup I don't recognize.. but based on the comment about distortion and clean/overdriven sounds I'm guessing that Fender / single coils are probably more suited for that type of music specifically.

I'm not sure you could make any assumptions about the music industry at large based on this.

Let me know when people want to give away their old gibsons...

I'm not usually a fan of that style of guitar but Phoebe makes it look pretty damn good!

It's not really a new thing this, it's stuck me for the last half decade or so that while Fender put a huge amount of time and effort towards marketing their guitars to young players and to demographics outside of the traditional ones, Gibson seem to be content to market ever more expensive high end product to the same aging demographic. You can see it in the Rolls Royce/Rolex rhetoric, Gibson aren't for the plebs. A good long running example are the looking running XEXP sessions where you can watch a ton of young bands performing, and the ratio of Fender to everything else is astonishing.

It's not that they don't try at all, for example the Melody Maker series did a reasonably good job of offering a cheap US made Gibson product, but you don't really see them embracing those guitars, pushing the marketing and trying to get them out there. They could go after this market if they wanted to, but the attitude seems to be we can make this stuff but there's no need to push it because the kids will be falling over themselves to buy them anyway and be grateful they get to own a real bone fide Gibson. They do a slightly better job with Epiphone, admittedly, but I'm not sure it's enough to push back the tide that Fender are riding on.

And Fender really are hoovering up pretty much everyone under the age of 25. All those 'what are they thinking' threads in which TGP gets tied up in knots about Fender offering a signature model to some pop star they've never heard of, understanding the needs of women as well as men in the guitar market, free/loaner guitars to YouTube and IG influencers, attending music festivals with a truckload of guitars and backline to help out whenever a band needs something, running cinema ads before Bohemian Rhapsody... it's all geared towards putting Fender at the forefront of the market wherever young people are taking an interest.

I'm a huge fan of Gibson guitars and they could have a slice of this market if they wanted it - it's frustrating.
F

Coachella is kind of the absolute sweet spot for fender. “Mainstream trendy”

If you go to something like Sweetwater 420 fest, you’ll see a lot of Gibsons.

I went to my local market today. I noticed nobody is wearing a Rolex. Damn Rolex is in trouble. I love Fenders got 8 Fenders to 4 Gibsons. That doesn't mean Gibson is in Trouble. Its different demographics. I didn't own my first Gibson until I was in my 40's.
Last edited: Apr 18, 2022

young people can't afford Gibsons as they learn to play so they start with a fender and stay with it. All the doctors and lawyers that have 25 Les Pauls in their collection are keeping Gibson afloat
J

And that is all that matters.

Plenty of Gibson’s in the country realm which represents a bigger slice of the pie than is represented in Coachella imo. Used to be teles and Gretsches at country shows . Things have changes a bit I suppose.

Only thing thats going to kill Gibson, is Gibson. They did their best over the last decade, but it hasn't happened yet.

I don’t see any Chinese people in my apartment building either. Therefore they don’t exist. All 1.4B of them.
B

Telecaster Deluxes with humbuckers weren't uncommon. Gibson was losing in that space, too.

And just to be clear, I'm not saying Gibson is in trouble today, but older people think Gibson's are "cool" today mostly because it's what the pop stars of 30-50 years ago were playing. It's not a good sign for Gibson's future.
Last edited: Apr 18, 2022

bodolza said:
After watching several bands this past weekend at Coachella, one thing was obvious -- none of the kids these days are playing Gibsons. I saw a couple Les Pauls, but they were only used for a few songs. The vast majority of bands were all Fender. A fair amount of Teles, Strats, and Mustangs, but Jazzmasters dominated.

There was more variety in amps, but Fender dominated again. Distortion, in general, seems to be on the outs. Most of the bands were playing clean to overdriven.
Click to expand...

It would appear the gear used is due to style of music. As in "Distortion, in general, seems to be on the outs".
Guitar fads have been around since the Beatles. Play what your heroes play or what ever is stylish at the moment. That appears to still be in force.
If I was playing Coachella I'd probably bring a solid beater guitar. Why take a good Gibson on stage when its 100 degrees plus?