Gibson would sell more guitars if...

Not a good idea.

biffoz said:
What's the weight of that beauty? I like the Epi headstock and would hate to have it Gibson-ized. Been pondering an Epi semi-hollow forever.
Click to expand...

nmiller said:
No. Ted McCarty didn't even realize he had purchased all of Epiphone; he thought he was just getting the bass-building business and was confused when all the guitar-related tooling showed up in Kalamazoo along with the bass tooling. For the next 12 years, Gibson reworked Epiphone into a subsidiary brand built in the same factory and to the same standards as Gibson, but with a separate dealership network in an attempt to avoid competing with themselves. It was only in 1970 that Gibson sent Epiphone production overseas, and that was to compete with the cheaper imports already impinging on Gibson's lower-end sales.
Click to expand...

This is correct... it was the Norlin company who purchased Gibson in 1969 that sent Epiphone overseas. In the earlier 60s, Epiphone was every bit as good as Gibson... my 66 Casino and 67 ES330 were from the same assembly line and should be nearly identical, but the Epi is actually a bit nicer!
Last edited: May 9, 2019
T

I can’t imagine changing the headstock on a couple models would propel Epiphone a past Gibson’s. It’s just the les Paul and SG anyway right? They already match headstocks on explorers, Vs, thunderbirds. And a quick scan of reverb has MIJ Gibson shaped headstock epis listed at right around $1000. I can get a Gibson les Paul for less.
J

p.mo said:
If Gibson changed the Epiphone name to Gibson they would sell a lot more guitars.

It would be an overseas-made Gibson. Ta-da!

Does anyone have any brand-desire for an Epiphone... maybe a "Casino?" But you'd take the Gibson CS-330 (C for China)!

I hope the new CEO does this. This has been the biggest no-brainer for at least a decade.
Click to expand...

Unfortunately I think it would cheapen the Gibson brand by doing that. Also, the Epiphone brand does have some unique models of their own like the Broadway and Sheraton. I think its good to separate the two. It can get a bit convoluted when they had the Epiphone Elite line. Those were Japanese models that were as good or better than many of the Gibson's for a lower price.

If they sold Fenders...

Perhaps I have missed something along the way but Gibson is the parent of Epiphone. Hence when Epiphone sells guitars, Gibson makes money.

Epiphone is to Gibson what Squire is to Fender 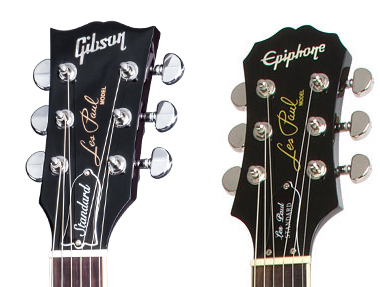 I don't have an issue with the Epiphone headstock. The bound one on the Les Paul Custom looks great, the non-bound is a bit bland but it's a functional headstock. There are also no wing tips to get dinged, for those who like pristine guitars. It looks better than the Telecaster flaccid wang, and that one is functional too. Headstock outrage is pretty much an internet goober issue, not so much a real world issue.

Goldie Glocks said:
Perhaps I have missed something along the way but Gibson is the parent of Epiphone. Hence when Epiphone sells guitars, Gibson makes money.

Epiphone is to Gibson what Squire is to Fender
Click to expand...

No one is disputing anything you said. Actually, it's fairly obvious. The question is whether the Gibson company -- which includes Epi -- would sell more guitars overall if they changed up the branding. I personally don't really care one way or another.

And it's entirely possible that Gibson doesn't want to increase volume at this time.

I don't see why people lose their minds over the Epiphone shape, it's not terrible. The Epi is not my favorite shape ever, but then again neither is the Gibby. I suppose they're both simply okay
Last edited: May 9, 2019

Gibson and us would be a lot better off if they'd stop cutting corners and doing crap lacquer finishes on their mid to lower priced guitars. Orange peal and grain suck all over the guitar just doesn't cut it. If they're not going to do them right then they should just go to poly and have done with it.

Ferg Deluxe said:
I don't see why people lose their minds over the Epiphone shape, it's no terrible. The Epi is not my favorite shape ever, but then again neither is the Gibby. I suppose they're both simply okay
Click to expand...

It's not about the shape. It's about the bragging rights.

Hot In The Shade said:
What is the difference between Gibson and Epiphone headstocks? I can't see it.
Click to expand...

I like them the way they are. Keep the imports in the Epiphone line.

I like having the choice between a top of the line Epi or a low end Gibby for the same money.

Ferg Deluxe said:
I don't see why people lose their minds over the Epiphone shape, it's no terrible. The Epi is not my favorite shape ever, but then again neither is the Gibby. I suppose they're both simply okay
Click to expand...

I think they'd sell more if they used the same headstock shape because people would buy them to put fake Gibson logos on them. No question about that. It's no wonder why they use a slightly different shape for Epiphone, and one that can't easily be converted into the Gibson shape.

And for the set that is too worried that people might see them with "Epiphone" written on their headstock and judge them, they could then tell themselves that most people won't even know that it's not a real Gibson.

For Gibson, keeping Epiphone separate keeps from diluting their brand image, just like Fender keeping Squier separate does. Fender of course differentiates at a lower price point, but Gibson has chosen to position themselves so that every Gibson guitar is made in the USA. Historically, it has served them fine.

Imerkat said:
Yes I do and no I wouldn't take a Gibson, Casino's have much hotter pickups for their sound 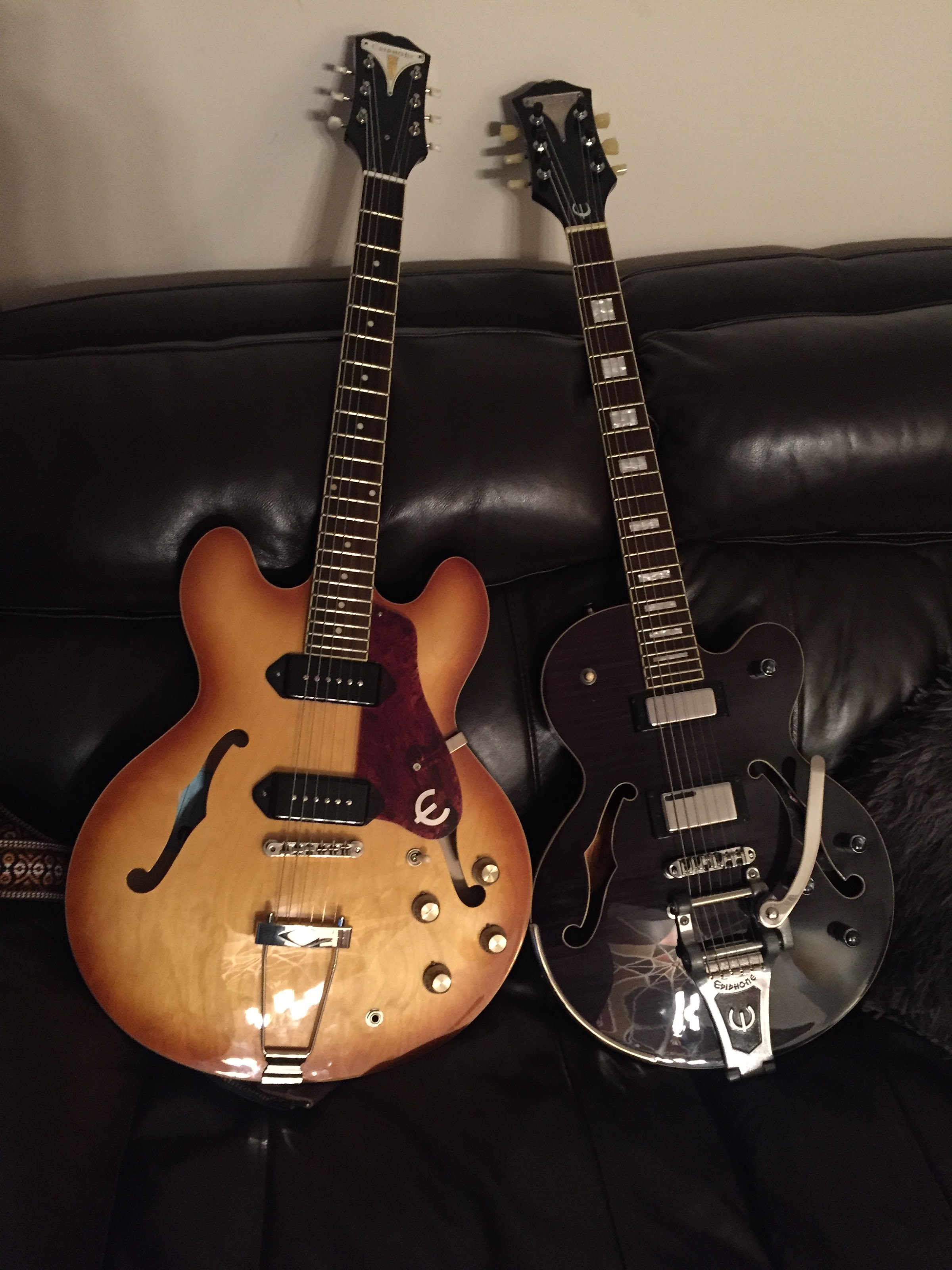 No they wouldn't. Gibson garners about 40% of the market for electric guitars over $2,000. You're telling us they would do better if they copied the other companies that do not have that market share? I'm pretty sure they went bankrupt for thinking they could put their name on imports to make sales: If they completely switched to THAT headstock with the bikini badge, I believe it would be a tremendous step in selling more Epi guitars!

BEACHBUM said:
It's not about the shape. It's about the bragging rights.
Click to expand...

There's an awful lot of people referencing the shape specifically. Even saying Epi should change the shape and keep the Epi name. That tells me it's about the shape more than the name.

Again, I have no dog in this fight. I'm just surprised that so many dislike the shape in comparison to the USA Gibson shape. It's not like we're talking about James Tyler headstocks here!

To answer the original question...

I think Gibson would sell more guitars if they brought back the Midtown line for all models.