Gigs you attended, so loud it sounded like white noise and songs hard to identify ?

One of the most perfectly volume balanced gigs I ever attended was a thin lizzy show post Phil Lynott where John Sykes and Scott Gorham fronted the band. The volume levels were very very crowd friendly and you could hear every note of every song clearly and the whole crowd was singing along enthusiastically........just fantastic.

Dont get me wrong, I am a HUGE motorhead fan and Lemmy is one of my rock idols, but the volume at Motorhead shows was just ridiculous in the extreme. I attended just the once and Im astonished the plaster on the ceiling of the venue didnt collapse around us. Once the support band had been tolerated the keen crowd was eager and willing for the boys to come out. All it took was one single note from Lemmy's bass and I nearly crapped my pants, I thought a 1 megaton warhead had gone off in the building. When guitar and bass joined in it was just white noise and felt like standing 6 feet from a jet engine. It could have been Rebecca Black singing " Friday" for all anyone would have known. There were no clues as to what they were playing, just a wall of jet engine white noise with a pause until the next wall of white noise. Pains me to say it, but the show was $hit, just far far too loud and the guys at the front must have destroyed their hearing. We left early , just too risky and not worth sticking it out and ruining our ears.

Thats my story, keen to read yours and remember the thread is all about shows where you just couldnt even identify the songs because it was just too freakin loud and did you stay or leave ?

Loudest show I saw was Sons of Freedom in Winnipeg in early 1990. That was loud, but I could identify all the songs. We stayed. Me and a few friends dancing in front of the stacks. Probably some hearing damage, it took hours to hear normally again.

The Mahavishnu Orchestra, opening for Frank Zappa and the Mothers of Invention at the Nassau Coliseum in spring 1973. The Coliseum was enough of a pain in the acoustics ass without the Mahavishnu Orchestra going to ear-splitting volume. Except for "Trilogy" (still new in their sets) because of its comparatively quiet opening, and even that sounded more distorted than it should have been, I couldn't tell you what else they played that night. My sole saving grace was sitting in the upper level. The Hare Krishnas outside the Coliseum chanting and selling the books by their master Prahbupada (odd enough, considering John McLaughlin was still a Sri Chinmoy follower then) sounded more clear and made more sense.

By contrast, Zappa and the Mothers seemed to know what they were up against in the Coliseum and adjusted accordingly. They sounded reasonable as well as playing well.

I actually had to walk out of a Clash concert once. It hurt.

I took my young son to a "Sting" concert many years ago...
The sound was so loud that I had to go in a restroom and get toilet paper to wad up and put in our ears....
I mean it was painful to be in the arena.... and I love loud music all my life! I had been to a hundred concerts before, they were loud but nothing like that...

Went to a "Three Doors Down, Daughtry" concert with my wife many, many years later...
The sound guy had the Bass levels so high I could have strangled him... ruined the concert.....
Last edited: Jun 30, 2020

I saw ZZ Top in the 80s at the LA Sports Arena. It was so loud I could not tell what song they were playing, seriously. The sound was just bouncing around in an untreated basketball arena.

I saw Jackson Browne, The Pretender tour, at the Santa Barbara County Bowl. This show prob had the best sound I've heard at an outdoor venue. Don Henley Solo shows always had incredibly great sound too as I recall.

I remember one particular Brian Setzer Orchestra show in the late 90’s that felt like wall of noise at times. Blaring. I don’t know if it was the venue or the sound guy, or both. Painful.

are others that stand out

Brooks and Dunn, believe it or not, but from onstage and back. Ronnie Dunn’s monitor mix was louder than FOH.

A couple of years back I was at a Scorpions show at our local Ampitheatre. The sound was absolutely atrocious. For some reason, they had the subs way too loud and it was just pummelling everything. I could barely make out guitar and vocals. I walked around and heard it from other spots and it was still lousy. Just a bad night for sound.

I saw Motörhead in a small club in T.O. It was extremely loud but at the same time, strangely enough, you could hear everything. What a show that was!

A lot of shows that I have seen at Exit/In are like that. It’s just too small of a club and many acts try to play at arena level volume in there.

Ive walked out of a few and sat in the lobby
lastest one about 5 yrs ago Wide Spread Panic They were so loud in a 400 seat the theater it was pathetic
even the lobby was too much for me. They played so well and sounded so good but ruined it for so so many unable to enjoy it

The loudest I saw was probably Nine Inch Nails in a mid size club. Piercingly loud.

I think some of the pain at loud and ugly concerts is also derived from sloppy playing, and zero dynamics from the band.

I was at this show:

The whole show was about as loud as I've experienced anything live, but they deliberately push the boundaries for this section - I was prepared for it and took ear plugs but it was quite something to experience. I tried a minute or so with the plugs out and it really genuinely felt like standing in front of a jet engine, unbelievably physical.

Canadian band Big Sugar in small clubs in the 90s (as well as side band Grady in the 2010s). 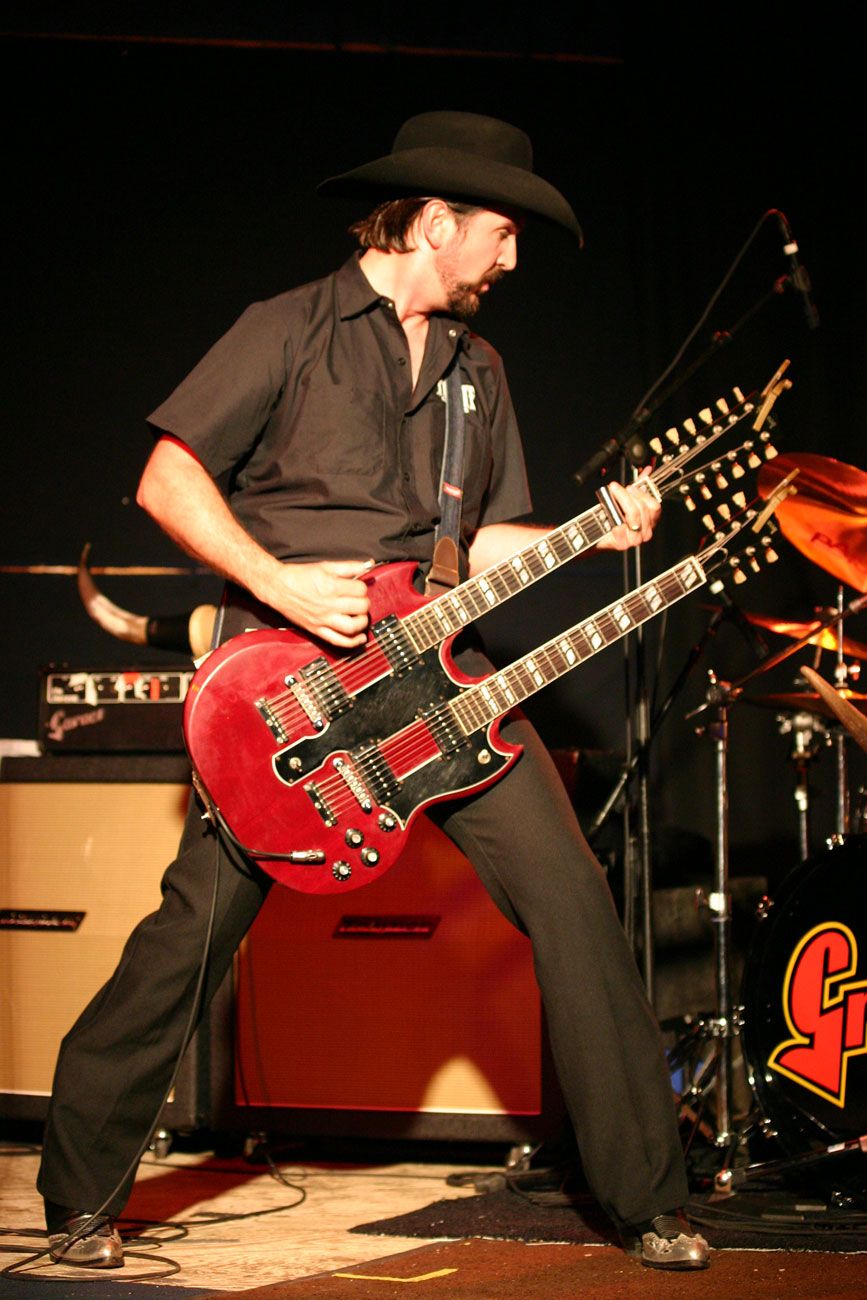 Motley Crue sometime during the 80's. The PA sounded like a fuzzbox. I know Vince was up there talking about ***** and getting drunk, but we couldn't understand a thing. He had this look on his face, like "Can they hear me?". About the 3rd song people started heading for the doors.

I think it's a bad combination of the FOH guys having way too much power, and being deaf.

Jayyj said:
I was at this show:

The whole show was about as loud as I've experienced anything live, but they deliberately push the boundaries for this section - I was prepared for it and took ear plugs but it was quite something to experience. I tried a minute or so with the plugs out and it really genuinely felt like standing in front of a jet engine, unbelievably physical.
Click to expand...

When Ive seen High on Fire and Sleep it was the same thing . I was prepared and tried a few mins without ear plugs and quickly put them back . I swear my fillings were vibrating at Sleep

P Funk at The Millennium Center in Winston Salem NC mid-nineties. Ridiculously loud. George Clinton had to tell the sound guys to turn it the f*** down over the mics.

the only time that was painful to me was when I had to take one of my younger brothers to a Cheap Trick show after he was begging me for a couple of weeks ... Miami Jai Alai Fronton, May 1979

later we worked quite a bit with them, I should have asked them for reparations ... I still give my brother grief about that show ..... obviously the band was feeling like they had to be brutally loud to counteract the bubblegumminess of I Want You to Want Me ... which was of course a futile ploy ....
You must log in or register to reply here.
Share:
Facebook Twitter Reddit Pinterest Tumblr WhatsApp Email Link