Give me a cool double humbucker guitar for $1,500

Ok so I know this is WAYYY too broad so let me give you some context:
I love my Les Paul Standard and I know some will disagree but I'm too scared to gig it. I know they are meant to play but its just too precious to me to risk it getting messed up (like a broken headstock). I used to gig my Taylor acoustic and it got a nice scratch on it because of it, so please don't say "just gig the standard." I have an epiphone les paul that sounds good but it just doesn't have the juice for me.
I'm more of a gibson fan and I really like flying Vs and explorers so I'm thinking about one of those. Firebirds are the coolest but don't feel good to me. I picked up an eastwood flying V that I like a lot, so thinking about that. Also like the RD style guitars that are out there. You get the idea that I want something kind of funky, not just a superstrat and not just another les paul like a classic or something (though I am thinking about that too).

What do you think?

balaguer guitars has several models that would fit the bill and you can pick a lot of the specs.

What kind of music does your band play?

Lobotomie said:
What kind of music does your band play?
Click to expand...

SG, Explorer, or V would all seem to fit the bill.

sleewell said:
balaguer guitars has several models that would fit the bill and you can pick a lot of the specs.
Click to expand...

I was in Chicago this past week and I think I played that EXACT one, played great.
S

Checked out a Hamer Studio or Special. Great guitars, only available used but well worth looking around for one.
H

Yamaha Revstar. Keep the change for a good setup and some pedals.

Get a used USA Hamer Special!

Used EBMM Albert Lee. Or one of the new St. Vincent HH models if you can find a deal on one.

My Gibson Midtown is one of my all time favorite guitars. I actually prefer it ergonomically to an LP, and it will give you that sound. You can probably find one used for well under a thousand. 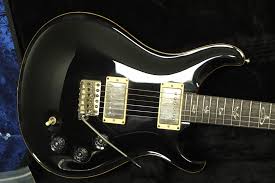 came here to say reverend. played a bigsby’d warbird rt, had to run out or i would have bought it.

sonic1974 said:
Checked out a Hamer Studio or Special. Great guitars, only available used but well worth looking around for one.
Click to expand...