UPDATE: This is not a photo of my guitar. My guitar is a typical P90 gold top with white/cream plastic. This is a random internet photo of a P90 gold top with black plastic for everyone to judge whether or not this is a good look.

I just picked up an Edwards gold top with P90s super cheap on Facebook Marketplace. It has Bare Knuckle Pig90 pickups currently, which are not really my thing. Thinking about swapping the pickups out and changing all the plastic too black. What do y'all think? Do you like this look? I would also swap out the knobs, and my guitar has a stop tailpiece/tune-o-matic. 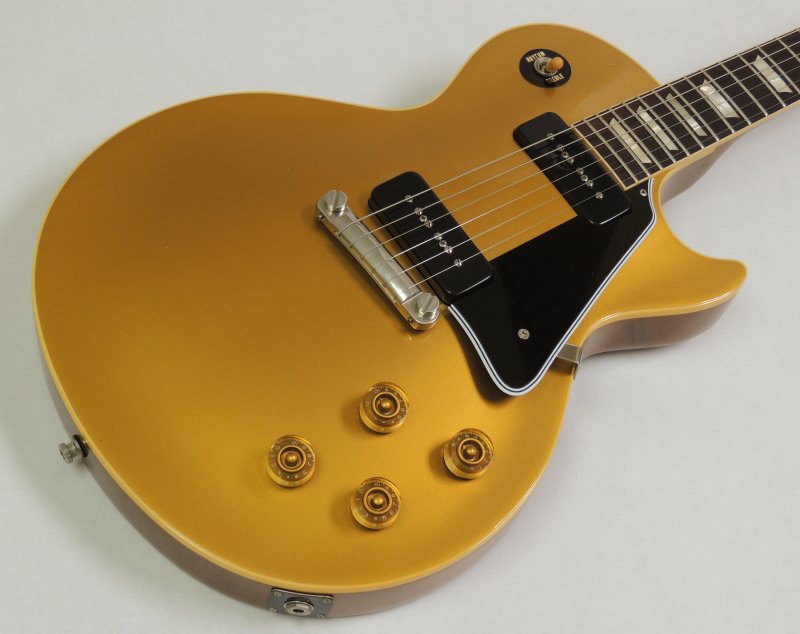 I'm digging it. I like the black pickup covers with the black pickguard. I might even leave the knobs as is, because swapping them for black knobs might be overkill.

I think add black reflector knobs with the black but cream all around would look good too.
F

I am very against black and gold LPs if you’re soliciting opinions. But we should do what we enjoy with our own guitars.

I think it looks good, but best on a darkback goldie. 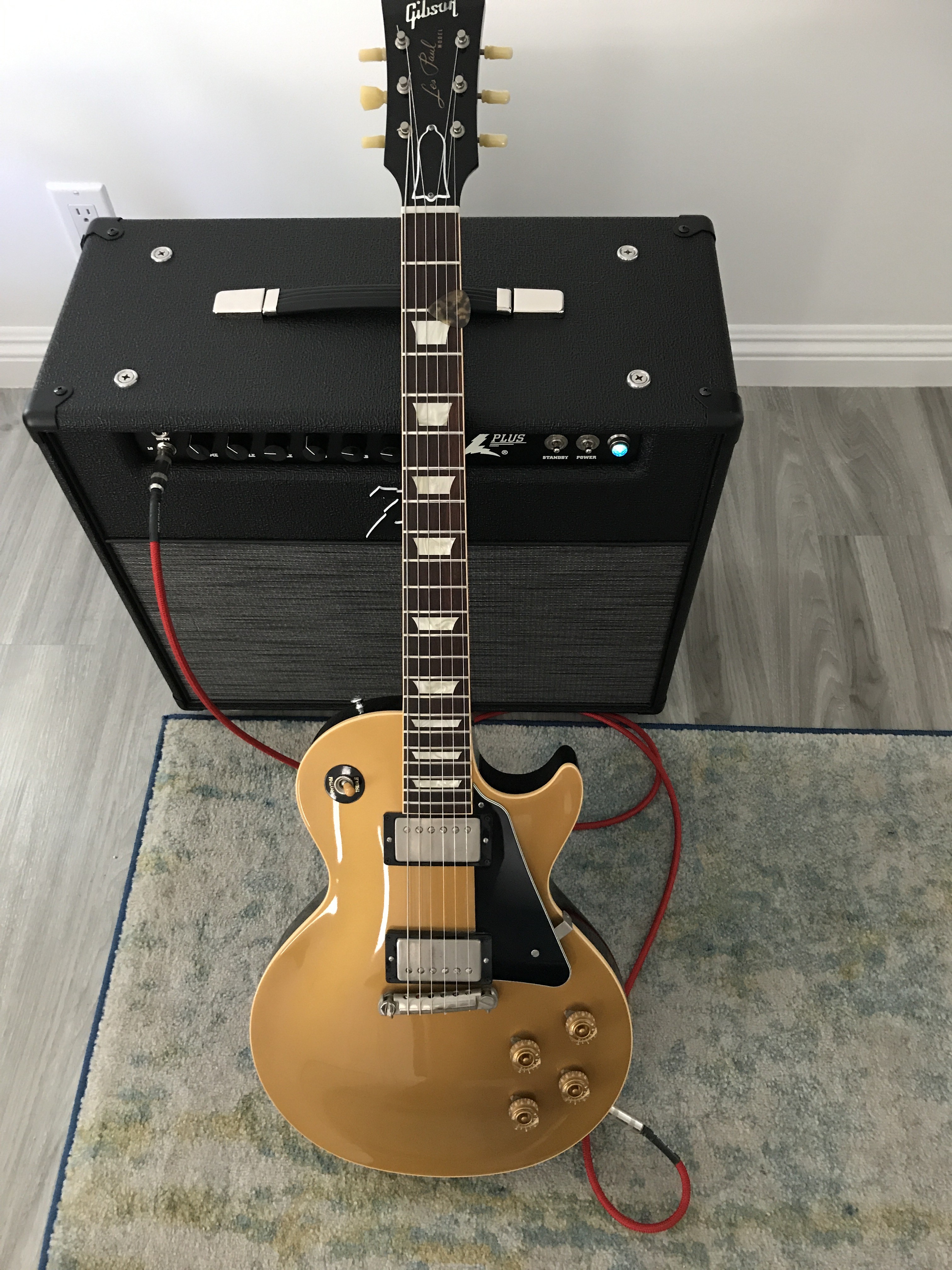 Looks great with the black plastics. Everyone has cream plastics on their goldtop, mix it up.
U

I think it looks great as is.

I would leave it alone and play it as is for now, until you've had it awhile. Sometimes, changing things out to quickly, after getting a new piece can be a mistake you find out about later on, after having it awhile.

I usually go about 6 months of live playing and practice to make judgments about pickups, hardware and other factors when I get a new guitar.

Lately, I am just finding that leaving them as is, is the best decision, since with the guitars I have, most of that stuff has been thought about at the company, prior to building that model, anyway.

No feelin’ the black.

VintagePlayerStrat said:
I think it looks good, but best on a darkback goldie.

I bet this gibby and Z make pretty good friends

I like it, and that dark back looks great too.

I vote looks great as is! Nice guitar!

Yessir. Now if my chops could only live up to the tones. : )

It looks nice enough with black, but the cream plastic look on a P90 Goldtop LP is IMO one of the best looks in guitardom.

It's totally subjective: if you like it, keep it black. Personally, I prefer cream parts w/exposed double white/cream humbuckers on a Goldtop. To each their own.
T

All black plastic on a Goldtop is a sharp look. Enjoy. I hated the cream on it from day one 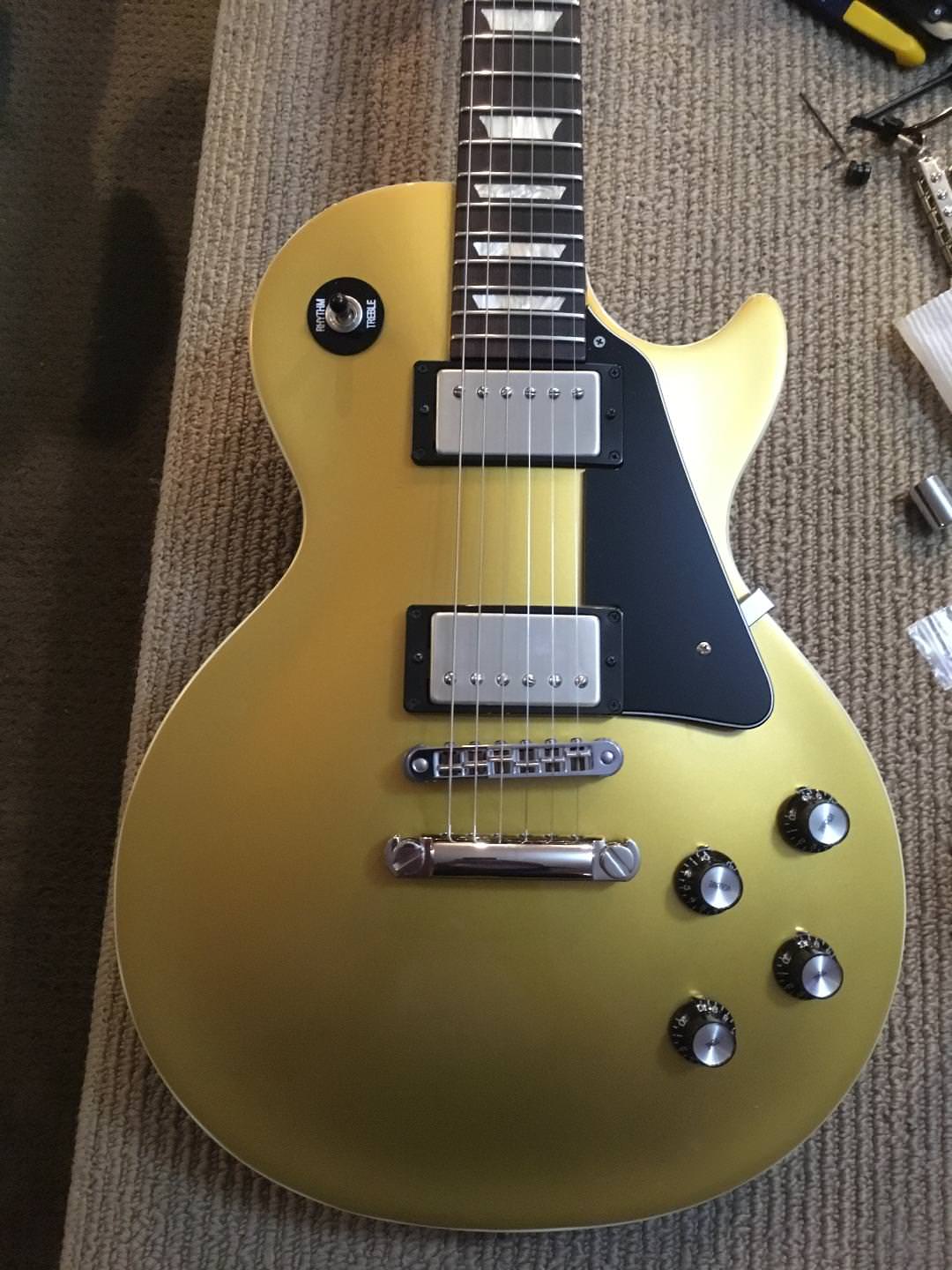