Guitars you're fancying, but can't or won't get?.

I have owned a couple of Les Pauls over the years, but I have let them go simply because they are not comfortable for me. It’s tough, because I’m a big Allman Brothers fan, among other Les Paul greats. I would love to have another Lester one day, but spending the money on a guitar that I ultimately will not use as much keeps me from pulling the trigger.

I want a used high-end laminate jazz box without an overpriced brand name on the head stock. Eastman or Ibanez, probably.

there's a shell pink custom shop strat with a gold anodised pickguard and a solid rosewood neck on reverb.

it's utterly ridiculous, and failing 4 grand just falling from the sky into my pocket I will never get it.

if someone here hunts it down and buys it just post some pics at least.

A custom build to my specs. It's just too @#$% expensive, unfortunately. 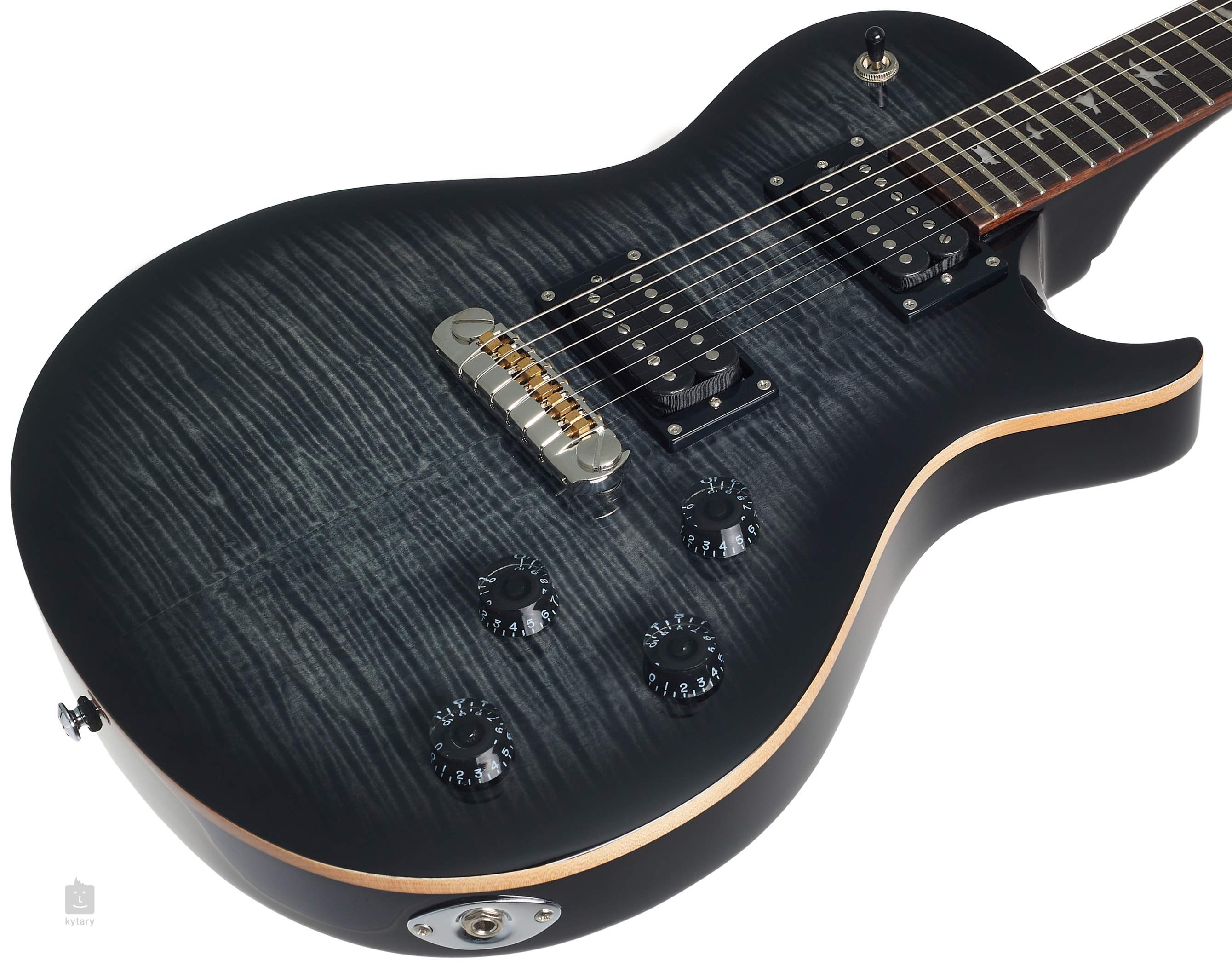 Nice guitar, LP-ish but "fixing" several of the common issues with Gibbies, we know PRS are well-made even in the SE series, and the SEs are less than a grand new, so very affordable as guitars go. So what's the problem?

The problem is I have 8 guitars and no guitar gig, the ones I have more than cover the tonal bases, and I'm really not keen on selling any of them to fund this purchase. So it's kind of hard to justify a ninth axe relating to necessity in any way, especially one rivalling my primary gigging bass in cost (and second only to my custom Warmoth build on the six-string side). Sure, I bought most of my stable with no paying gig, but now that my gear, at least the bass gear, is somewhat paying for itself, this whole practicality thing has entered the equation.
Last edited: Nov 19, 2021

I know these were laughed at pretty hard on here when they were released, but if $ fell out of the sky, I'd be into it, but only in this color scheme. If Epi ever makes one, I'll be all over it. It's ridiculous. but so am I.
S

I want one of the new korina Explorers or Flying Vs. $10k is too much for me though.

Maybe dipping my toe into the PRS game...one of those Suhr Asatos perhaps...just can't find the nerve to pull the trigger...would have to sell a guitar to make room and that's a hassle...i'm sure I'll get around to it at some point!

I loved my Thunderbird but won't buy another no matter how often I think about it...

These are the only 2 guitars I'm still jonesing for. Can't afford it at the moment, at least not without selling other stuff that I don't want to sell.

Unfortunately I really don't see prices of these going down anytime soon, so I'm not sure if I'll ever grab em, but.. I will not be buying any other guitar unless I have those 2 first.

Parker Fly. I play southpaw and as far as I know there were not any made.

I can afford it, but it’s hard to justify spending that much money on a single instrument. I’ll buy the Epiphone version if they come out with an “aged” cream LP custom (like the old blackback custom run) with the Kalamazoo headstock, because the finish on the current arctic white LP customs will stay blindingly white for too long. GraceToo said:
I can afford it, but it’s hard to justify spending that much money on a single instrument. I’ll buy the Epiphone version if they come out with an “aged” cream LP custom (like the old blackback custom run) with the Kalamazoo headstock, because the finish on the current arctic white LP customs will stay blindingly white for too long.

Exclusively at MF. In stock.

Damn! I had no idea. I’m in Canada, so a little leery of ordering online (no easy returns), but it’s tempting.

GraceToo said:
Damn! I had no idea. I’m in Canada, so a little leery of ordering online (no easy returns), but it’s tempting.
Click to expand...

Understandable. This one's been tempting me, too, but thus far I've been able to resist.

JukeBoxRat said:
Understandable. This one's been tempting me, too, but thus far I've been able to resist.
Click to expand...

Those gold open humbucker covers are tasty, and put me in mind of my favourite famous white LPC: If they’d gone with a white back instead of the black back, I’m not sure I’d have been able to resist, even with the hassles of international shipping.

Honestly, a Fidelity Guitars instrument. Beautiful things. Quirky and relic'd and wonderful pickups and hardware. But they're made in the UK and the cost here in Oz won't hold value. Those TGP members in England should seriously consider them, though.
https://www.fidelity-guitars.co.uk/

would love this.. cant justify the price 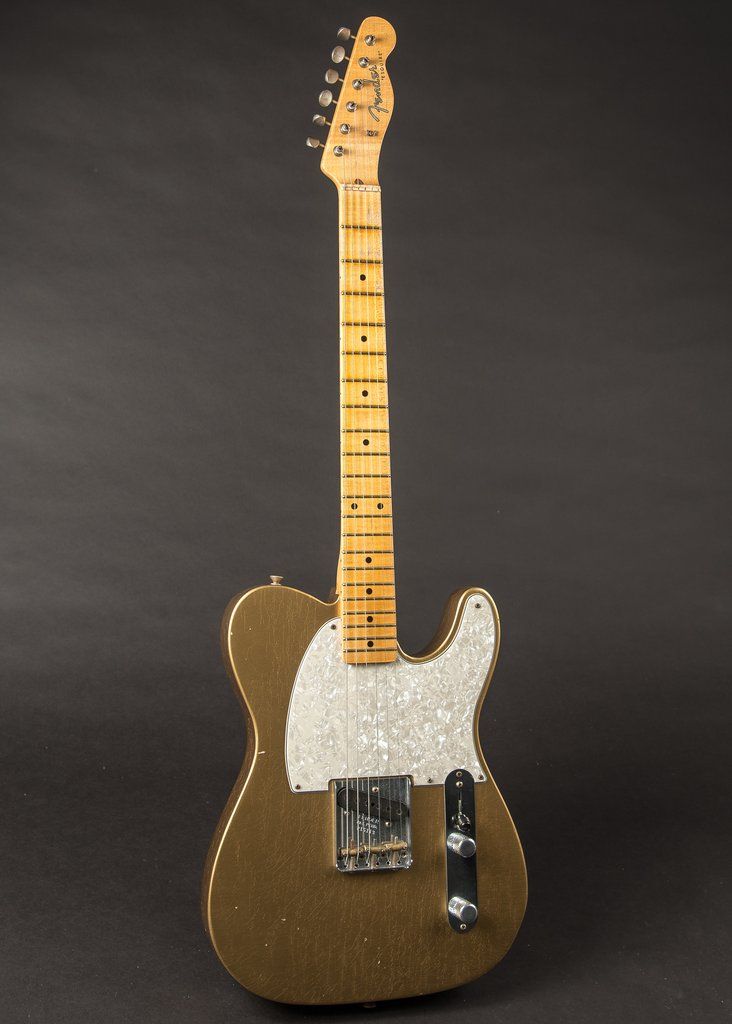 to contribute something on topic...a gibson wes L-5 (with one pickup) in sunburst. dont play jazz anymore, dont need a $8k+ jazz box.
Click to expand...

This x1000k. It is perfectly ok to not like something.

Imagine hating a guitar company so bad that you have to hang on a to an "authentic" meme. ...that's like three years old. So old you gotta scrape the mold off of it in the world of the internet.
C

Actually there are 3...would live to have an ash body strat, two tone burst, an alder body tele, vintage white, and a semi hollow, either a Collings I35 LC or PRS Mc Carty 594 semi hollow. It's just at my age, 71, and not gigging, I have a hard time justifying spending the money on myself.
You must log in or register to reply here.
Share:
Facebook Twitter Reddit Pinterest Tumblr WhatsApp Email Share Link