Hello from the gutter! (not yet Killed by Death)

I compared the Rumble 40 & 100 side-by-side at the local Fender dealer. I wanted the Effects Loop of the 100, but the 12" Eminence driver is muddy compared to the no-name 10" driver in the 40.
Later I moved to the Studio 40, the modeling amp, but then I found the VOX NuTube hybrid, which sounds like the best model on the Studio 40, only more tube-like. 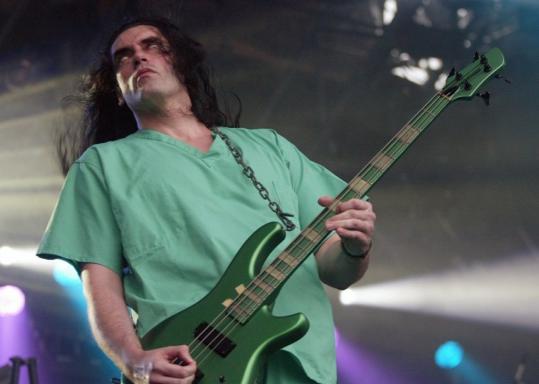 Here's my face when I'm reading some of your posts: 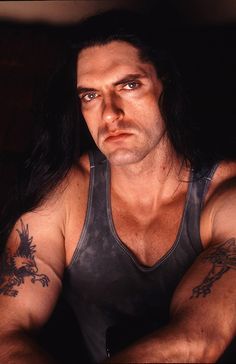 bright green is a better Summer shade, not as warm as black or dark blue
Scrubs are great as well, because if you have to kill an idiot out in town, the blood cleans off easily.


Anyway, I'm reborn now, a friend of mine is a guru of sorts & we're on the path to Enlightenment!

a shot of my current rig: 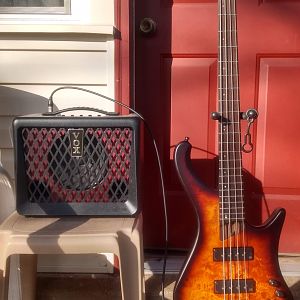 Awesome rig. And that BTB on the first page is nice as well... flatmate borrowed me his, a 5-stringer, and it was pretty hard to give it back..

Speaking of Peter Steele, there's a shop nearby which had two ESH stingers up for sale.. i think they're gone, now, luckily.. not the most ... ergonomical thingys, but man.. that EMG on mahogany sound haunts me, still...

I wish thee a GAS-less path to enlightenment, oh brother in bass!

Since getting the Ergonomic Headless, my Soundgear has become the Type-O-Negative bass, tuned B-Standard: 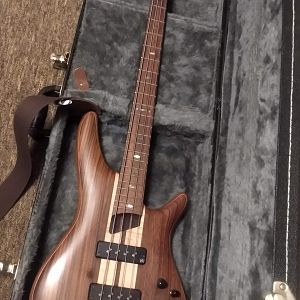 Killed_by_Death said:
Since getting the Ergonomic Headless, my Soundgear has become the Type-O-Negative bass, tuned B-Standard:

As it should B!
I totally dig those Nordstrands, truly a lovely beast!
I think that light forms of envy are not as bad as other sins..

I love the Fender Rumble series. I really enjoy them for guitar as well. Glad things are going well for you, mate!

TBH I got very disenchanted with Fender when I owned their Rumble Studio 40.
I got both the footswitch & the expression pedal for it, but I couldn't use the expression pedal like I wanted, because there was no ZERO. If you set it up for pitch shifting, there was no way to get it back to zero when you moved it.
Fender must not have a resolution, because they would not respond.
Sold it & haven't owned a Fender product since. The little VOX above does a great Geddy Lee sound, exactly like the model on the Fender Studio 40, which to me was the best model on there.

The VOX just sounds better, to me.
and it's smaller, lighter, & it's plug & play, no effects to muck about with, or a 45 second boot time when you turn it on

Nobody discusses making music here, so you are safe not discussing it.

Not even a two on the Hawkmeter.

Killed_by_Death said:
I'm done trying to discuss it with people who think their opinions are facts.
Adios!
Click to expand... 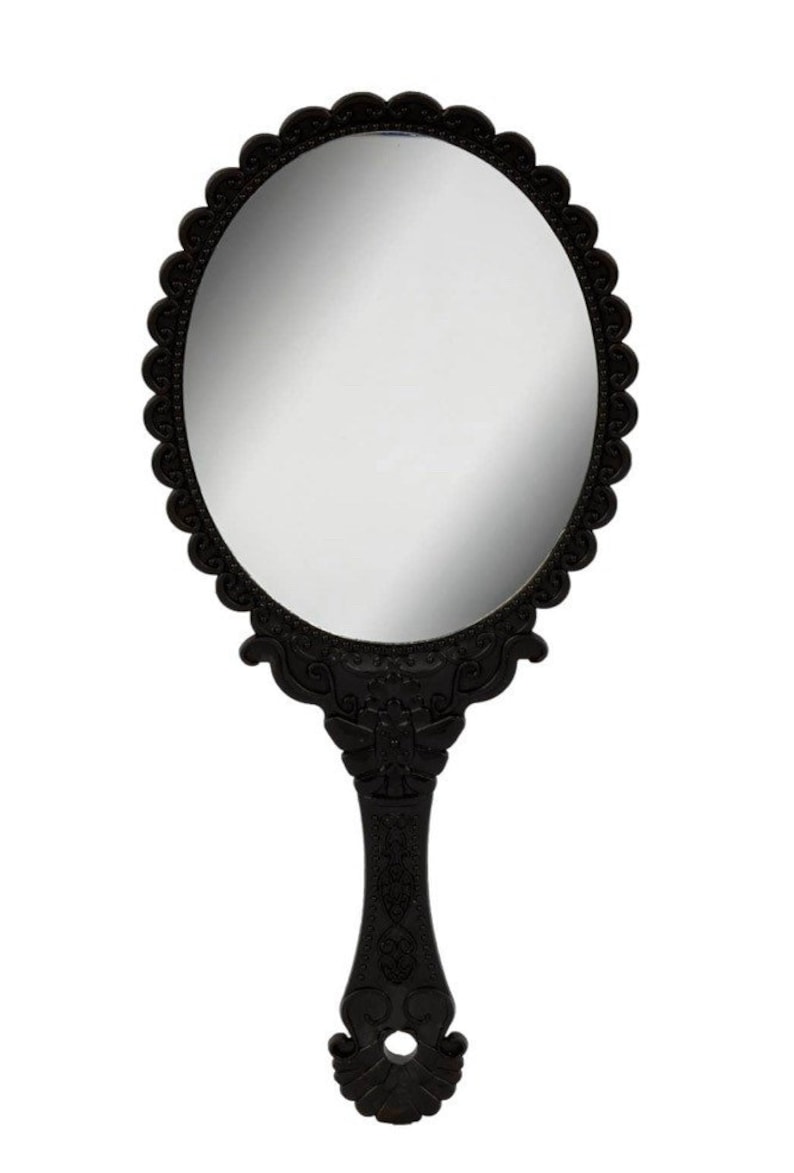 That's great. Shame this thread will get deleted when he comes back.
G

Killed_by_Death said:
A little (or a lot) about me...
Last Winter, not this current Winter, but last Winter,
my doctor realized I was low on vitamin D.
Of course, no sunshine during Winter.

In the meantime I had developed an aching arm from trying to play & had given it up, not to mention the lack of vitamin D made me really irritable.

A few months later I was feeling better & a friend showed me some stretching exercises he learned from Victor Wooten. I got a bass ukulele, just to test the waters:

I enjoyed playing again, and went ahead & got two 34" scale basses soon after: 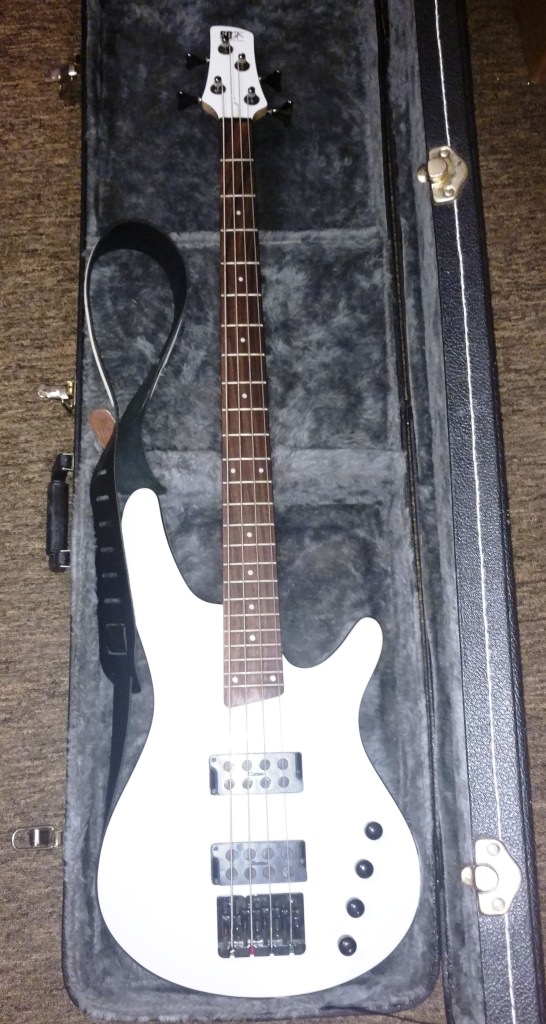 Ah, I also got a little Rumble, which I'd previously tested out with guitars as well as basses.
My original goal was to play guitar, so after becoming acclimated to playing bass again I got another guitar: 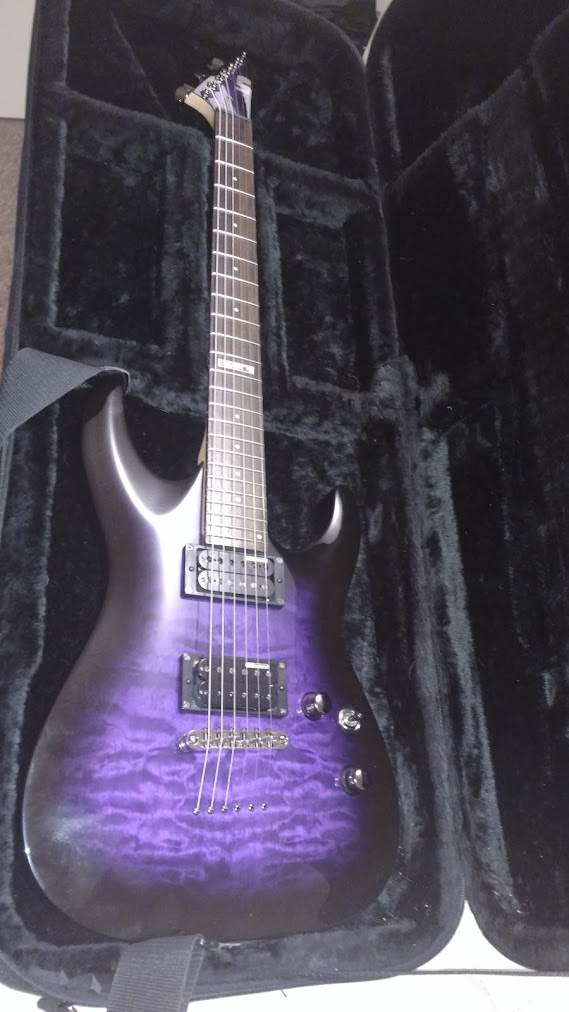 Those ESP-Designed pickups are pretty high output, but TBH they're kind of harsh when playing chords.

When my birthday rolled around I decided to upgrade some things in my life -
new tires on my ride
nice Bose speakers for the computer
sold the BTB (black bass) & bought a better, lighter bass
bought a better guitar:

That one's got a set of S.D. pickups which sound much better.

This bass makes me smile every time I play it: Still trying to love my guitar as much, but maybe that will come as I get better at playing it.

So, that's me summed up for the past year!
Click to expand...

A trauma surgeon on a talkshow stated that Vitamin D was a crucial aspect of his treatment and recovery regimens, with all his patients getting it to a high level, and technically, it's not really a vitamin. Nice to hear a great comeback story. When life pitches you 'chin music', you smash the next pitch out of the park!

If that's your real take on it, I feel some pity for your sense of perception.
However, I believe that's the other trouble, people being contradictory for the sake of it.

You actually let some comments here bother you? They just amuse me.
B

How is he wrong when you constantly start threads to proclaim who “isn’t metal”, only to throw tantrums when people disagree with you? I’d quote the posts but you delete your threads when they don’t go your way.

You realize that deleting your post claiming you're leaving doesn't help if it has been quoted several times?

I had the over/under on you coming back at a week. Just missed.

Of course, the over/under on this thread surviving is much lower.

Friend of mine keeps saying to me "when are you getting a bass?"...maybe he' trying to tell me my guitar playing sucks...try bass....hmmm