Hey guys, I was watching a video of Nashville session guitarist Derek Wells playing through this Marshall head and it sounded incredible.

Can anyone help me identify what Marshall this is? I’m not really a Marshall guy, but I’d love to find out what head this is. Looks like an early plexi? 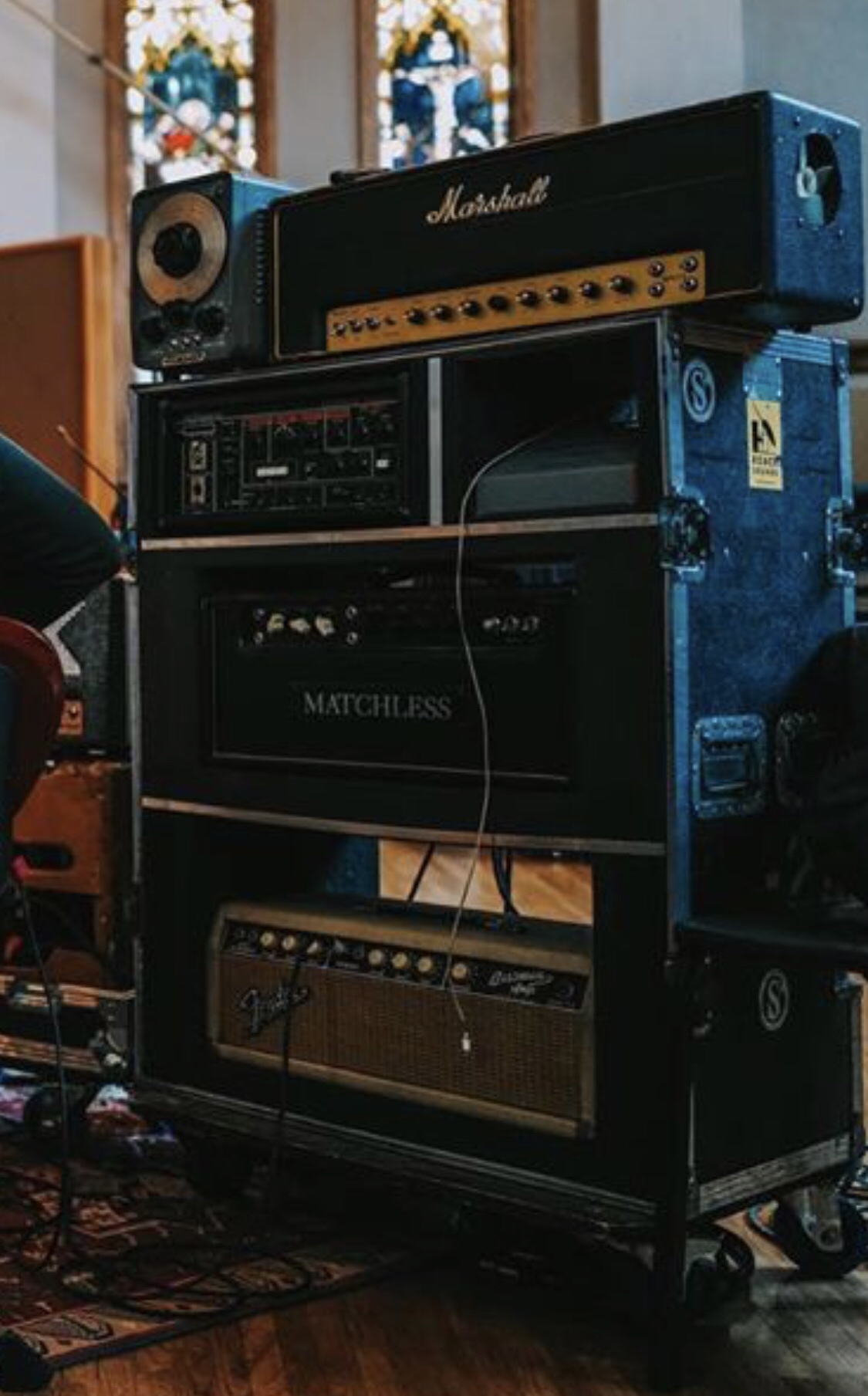 It looks like one of those old Plexis with tremolo. Interesting.....
L

Difficult to narrow down whether plexi or metal panel without a more clear pic, but it is a super tremolo as noted above. Looks metal panel to me if I had to bet.

i wonder what the signal generator is for.

I think your answer is Fender Bassman, cuz he definitely ain’t playing thru that Marshall in that pic!

WTF is the hole in the side of the cab for?

Bluesful said:
WTF is the hole in the side of the cab for?
Click to expand...

Bluesful said:
WTF is the hole in the side of the cab for?
Click to expand...

A fan, we used to do this with amps that were running more than 16 hrs a day in rehearsal studios.

What you’re looking at is a small box 50w Marshall Tremolo. Super Tremolo was the 100w version. We need gut shots to be able to identify whether it’s a 1986T or 1987T. With it being a small shell makes it no later than 1971. Hard to say with just one picture, but it looks like it may actually be a plexi. These amps were more or less identical to their non-tremolo counterparts. Many of these tremolo heads have had their tremolo circuits converted to extra gain stages, so that may or may not play some part of what you heard. If you heard the tremolo functioning, then that’s a pretty good indicator it’s a stocker.

Nice rig. Our church only has a single person playing an acoustic 12-string...
D

Sorry, I’m just seeing this now... it’s a ‘68 Plexi 50 watt Tremelo. The fan is just left over from an old mod, but has been disconnected. Thanks for the kind words.

It didn't even get hot when I first got it.