Help me figure out what OD I played once in 1997? Impossible challenge!* 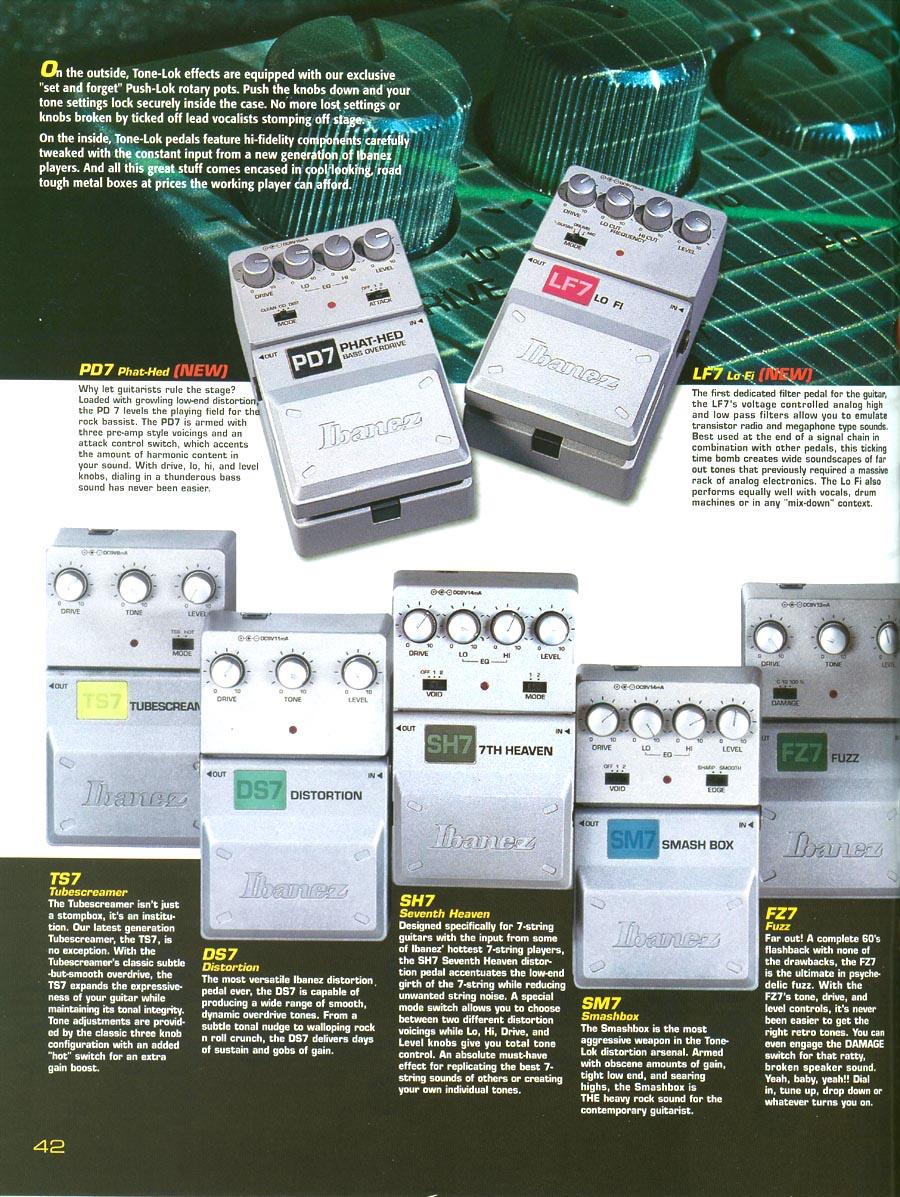 glumlord said:
Oooh! Was it maybe the matchless Hotbox?
More knobs than you remember it being but pretty bare bones in the looks dept.

That is too shiny. This was all dull/brushed. Great guess though!

my guess is that is going to be an endless search... you don´t even have any clue about the brand... and then there´s a chance that might be some custom build from some geek by that time.

guitarnet70 said:
The first Hermida ones have looked like this (here a Dover Drive)

Dave Locher said:
Here we go: in 1997 I recorded a bunch of tracks for a friend. I used what they had, which included an overdrive or distortion pedal that was a bit loose for my taste at that time but would work great for me now. Here is what I know:
It had two or three knobs only
It was not a Boss, Ibanez, MXR, Ross, DOD, etc. Nothing really common, popular, or "classic"."
It was bigger than a typical 1590, kinda wide, and I believe it was in a folded metal enclosure like a Rat or Big Muff, not a cast aluminum box. I believe the top was slanted so the back was taller than the front.
It was not colorful. I recall black knobs and the pedal itself was mostly metal (maybe stainless or aluminum? ) It was bland looking, no wild graphics or anything.
The face was flat, with the knobs right on the face.
It was not new at the time, but not vintage either. Just used. Maybe 1980s?
It had a lot of volume on tap. With the gain pretty high unity volume was like 9 o'clock with my SG running a Super Distortion humbucker. But not super high gain and definitely not a fuzz.

All I really know is what it was NOT: not a Rat, not a Klon, not a Big Muff Pi, nothing I had heard of at the time and nothing I recognized. Not a Guv'nor or any other Marshall. More like an EHX knockoff or something?

Anyone here with encyclopedic knowledge of lesser-known dirt pedals of the 1980s and early 1990s?
Click to expand...

Did it have a tube?

Al Starded developping the Zendrive in 1997, though market launch was 2003, theorethically is possible that a prototype was around....a bit of a strech, I know...

Doesn't quite match your description but maybe this?

Oh man! I’d forgotten all about that line of pedals! (I had the Vibro-Stomp. Got rid of it because of low end cut. Sounded sterile.) Those are great looking. Wonder how they’d hold up against what’s out today? I was into a whole different dirt quest back then and didn’t try them out.
Last edited: Jan 12, 2021

Dave Locher said:
Not gold like the Rocktron, not long and skinny like the Suzz. I don't think it was an EHX, it was more compact that the old ones but bigger than the Nanos. NOT a Tube Driver.
I'm gonna hit up the database and see what I can find.

Like I said in the title, I realize this is an impossible task but it is interesting to try and if we happen to find that needle in the haystack it will be amazing!

If I could wander around Josh Scott's room for a few minutes I bet I could spot it!
Click to expand...

There was an earlier Rocktron Austin Gold that wasn't as gold.

OP mentioned that the Fender Blender posted above is the closest so far in terms of appearance. I have been scratching my head trying to think of any pedals that had that sort of look.

2 pedals that would have likely been around at that time but don't really check all the boxes are: 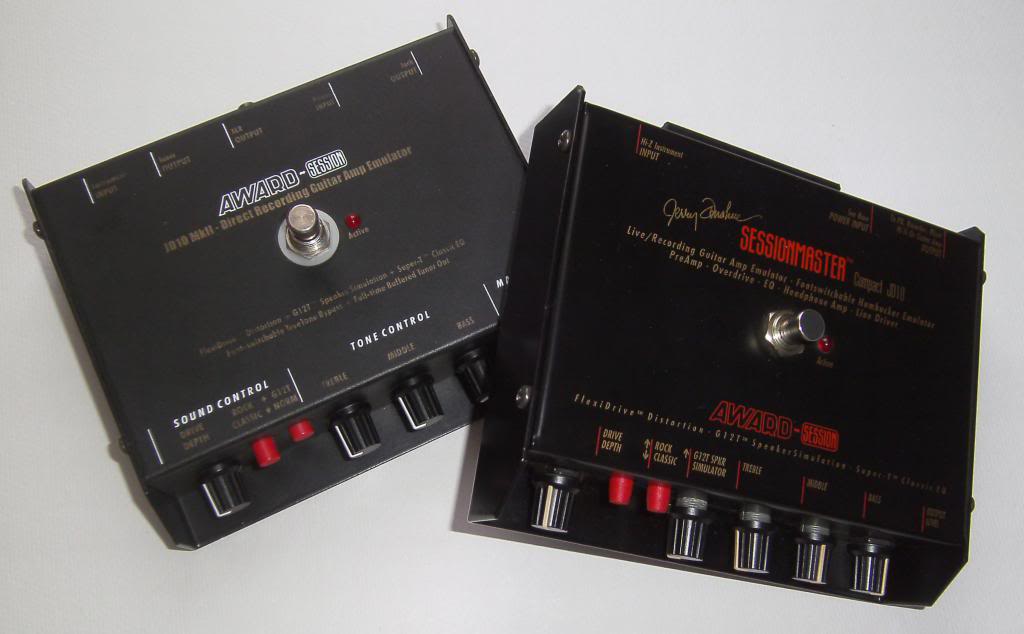 Dave Locher said:
These are all genuinely good guesses. I know it wasn't the full drive because I never saw an overdrive with a separate boost button until a few years ago. I know it wasnt the double muff because it was wider, shallower, and I would have recognized the name because I had played an original Big Muff and owned an EHX octave pedal at one point. EHX was a known quantity to me.
Fender Blender is a great guess, closest so far to the aesthetic.
Now imagine a cheap knockoff, like Washburn or something...
Click to expand...

You mentioned Washburn. Could it have been this? 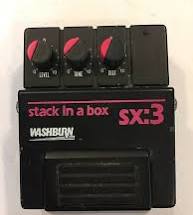 I'm positive it was not homemade. It didn't look like a science experiment, it looked like something cheap you'd buy at the local music store because there was no internet.
It was probably some off brand unit.
The more I think about it the more I realize it sounded a LOT like my Ross Distortion. So it was probably some knockoff with a DOD 250 circuit.

Thanks for trying, everyone! Some of these pedals looked very close and a lot of them I had never seen or heard of before.

Kind of a long shot, but here are my guesses... I'm giving up and just assuming it was in the DOD OD250/Ross Distortion circuit family because it sounded a lot like my '80s Ross Distortion.
But everyone is welcome to keep throwing out suggestions. Even ones that can't possibly be correct! (It was not a Rat/"Was it a Rat?", it was old in 1997 "Was it this pedal that didn't come out until 1998?" etc.) We can call it the "pedals you forgot existed or never knew about" thread.
You must log in or register to reply here.
Share:
Facebook Twitter Reddit Pinterest Tumblr WhatsApp Email Link