Humans who rock!! and/or did once

The other thread, about a subcategory of the category in this thread, got me thinking.

Wouldn't it be great to make a big list of humans who rock or did once rock!!

I think we, all of us who are members of said group, can take special pride in being one of the 100% of human's in humanity some of whom have attained that rocking achievement.

BTW: I am a little too tired to start the list but I think it won't be hard to be kinda inclusive.

Ok, I'll start . . I am pretty sure that Jimi Hendrix was human, at least half human . . . the rest could be maybe God-ish

The guy who invented Velcro.

mockoman said:
The guy who invented Velcro.
Click to expand...

Mike Nesmith's Mother may not have rocked herself, but she did invent White-out
M

Actually, I don't think he rocked, even though velcro rocks

Definitely human, maybe did some quiet Rockabilly up there Minnesota ways . . . a dubious blog has him claiming that he founded the Replacements!

Though what exactly is and isn't a quality of said aforementioned category?
That's a whole nuther thread

I think it has to do with the mother thang
well, and maybe father too
D

I would say Jimi, but was he actually human? Sometimes I wonder.

I feel like naming yet more members of this special exclusive club of human humans: i here Eddie Vedder is human And Jonathan Richmann is human
and Billy Zoom
and Janis Joplin was human too and they sure rock/ed
I

Wow, the "Jews who Rock" thread really seems to have pressed some people's buttons!

and who said I had pressed buttons: I just like to think about the Big Tribe.

If I am going to be tribalistic I just don't want my tribalism to be grounded in qualities of race or religion. Any other form of tribalism is just that and that is, even if its all familiar and hunky dory, a form of making special clubs with rituals of exclusion and inclusion.
Now I know that we live with those exclusions/inclusions thrust upon us from outside: just because I say I don't want to be thought of as 'X' doesn't mean that you won't think of me that way - but I can hope to transcend that someday at least.

So perhaps thinking of the Big Tribe can help in that direction. Besides it does reveal a certain something that we are all so afraid of either being labeled racists or too PC to admit, doesn't it?! Namely that gleeful adoption of tribalism has a touch of racism in it.
I

Spoken like a true Portlander (former Portlander, myself, BTW).

Is that my tribe?


Anyway, other humans who rock: Patty Smith has been known to rock
Steve Howe at times
The Beatles too
I think there are others (they may be other from one-another, other in many ways, but are not other from the Big Tribe) Hey, I just realized, many of the philosphical thinkers who have influenced me the most (most of whom were Jews BTW - which, of course is entirely besides the point!) might have subtle problems with the idea of the creation of a unitary category under which to lump us all - asking of the category: who's idea of the Big tribe is it anyway? and such questions as: isn't my idea of Human, with a capital H, different than your idea of Human with a capital H? And who's idea gets to build the buildings for those qualified and what about those that don't? Nevermind the universality of it after all, who's universe? . . . and such thoughts
T

Who says we can't derail the thread?

and not to forget: 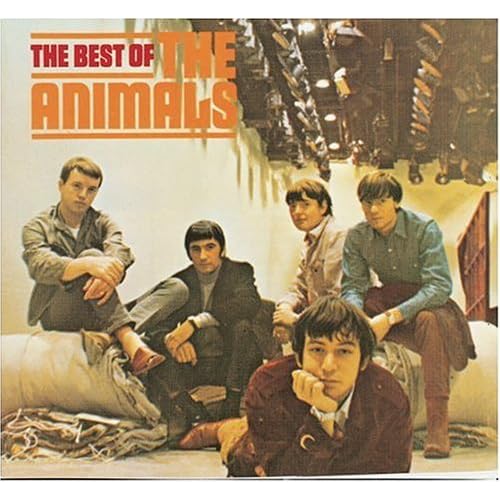