I still have doubts about my guitar

InkStained said:
I promise you, their strings go out of tune, and they retune them. Or they pay people to do it.
Click to expand...

Their techs do it of course, but Vai has a trem stabilizer in all his touring guitars.

I don't know if Satriani has them, but I wouldn't be surprised
F

Alan Dunn said:
Neither did I but the EMG's in the Schecter have changed my mind.
They are horrible through a clean amp - but when you hit the drive / distortion they are magnificent.

So definitely a one trick pickup and best suited to the heavy stuff more so than clean.
Click to expand...

I mean the only reason I wanted one was for the sustainer and the nice green color but $800, I bought the Ibanez genesis instead

their floyd rose special, seen so many bad experience with that trem on youtube and everyone hates it lol

Fowleri said:
Their techs do it of course, but Vai has a trem stabilizer in all his touring guitars.

I don't know if Satriani has them, but I wouldn't be surprised
Click to expand...

I don't know what a trem stabilizer is. But there is no device that makes a guitar string impervious to aging, stretching, strain, use, overuse, abuse, elements, the laws of physics, etc.

kafka said:
Maybe guitar just isn't your thing. Not everyone can handle it. Quitting is OK, too. It's not like the world needs another guitar player.

Your comment immediately made me think of this Tombstone movie quote (Ba-Ha-Ha-Ha!)

"Why Ike whatever do you mean? Maybe poker's just not your game. I know, let's have a spelling contest!".
Click to expand...

Have you tried putting peanut butter in the FR bridge yet?
D

itchyfingers said:
Have you tried putting peanut butter in the FR bridge yet?
Click to expand...

Ok so I can see this guys got some followed hate with him. I will say a few things. First off, I don't mean to be one of those "my guitar always stays in tune" people, but I WILL say this. I've got a 2008 Epiphone Les Paul custom, and as long as I play it everyday the same way, it holds tuning. Granted I use graphite in the tusq nut (literal ground graphite, not just a swipe with a pencil) and all except the frets are upgrades.

If this guy is being serious, then it's a set-up problem most likely. I used to have a stetsbar tremolo on my Les and it was an ok tremolo. (Except the bars felt cheap and I could feel them bending when diving.) Now when the trem was good, it was great. However, I packed the knowledge and patience for a set up. So I ditched it. My problem, not the trem. (Well kinda. The tremolo was further forward than the original bridge and I could not intonated the gb or e string.)

When I stop playing for a day or two, the guitar strings will "tighten" back up I guess? Then after bending and returning a few times it's perfect. Now I don't know much about this guy, but most say from previous posts, he's kinda off. It doesn't matter to me, I'm just tryna help. But seriously, the fix is mostly the easiest things you can do. Personally, for a guitar under a grand with a tremolo, the first thing I think of is Floyd Rose special, then the second the I think of is replace with Floyd rose original. I've never seen affordable guitars with trmolos stay is tune perfectly from the store/factory or even used. If you really think it's a knife edge problem, then it might be best to just buy another trem new. Test that one and see if you are right. I've heard Floyd roses having pitted knife edges causing problems, but not MAINLY that they go out of tune all the time. My bet is either a problem with your locking nut (if it has one) or a set-up problem with either the bridge itself or maybe in the spring adjustment itself. I'm more of a bigsby fender and Floyd guy, and honestly don't like ibanez. They are amazing playing guitars, but I don't like the headstock. I also prefer set neck. Technically the bolt on is better because it can easily be shimmed and repaired/removed if need be, but I just prefer set neck. The headstock isn't my favorite either, but I was surprised by a $500 ibanez in gc a while ago, so playing wise I enjoy but the exact opposite in aesthetics. Well that's my piece. Hope you find what you need. Bunker down man. These roasts are getting harder by the minute!
D

Please pardon my English. Realized that most of this stuff was misspelled. Sorry. Sleepy and typing on screen. (in other words I'm too lazy to edit and fix them).
W

Back in my day, this was called “trolling”. You guys are “feeding the troll” as they say.
F

InkStained said:
I don't know what a trem stabilizer is. But there is no device that makes a guitar string impervious to aging, stretching, strain, use, overuse, abuse, elements, the laws of physics, etc.

Guitar strings go out of tune.
Click to expand...

The Hipshot Tremsetter greatly improves guitar performance by stabilizing your tremolo. It automatically returns your full-floating tremolo to its exact "zero" neutral position, eliminating flutter and sag, so your guitar remains in tune.

With the Tremsetter you can bend strings, play bridge harmonics, aggressive rhythm parts or mute strings, and the bridge remains stable.

The Tremsetter installs on your tremolo guitar in the back cavity where the springs are. When you put the cover plate back on your guitar you will never even know the Tremsetter is there doing it's job. The Tremsetter automatically brings your guitar back to its "zero" or starting position.

Ordinarily, your tremolo relies on string tension pulling against the springs in the back of your guitar. It's a delicate balance similar to the way a teeter totter works. If one side is just a little out of balance, your guitar will be out of tune. The Tremsetter overrides this precarious balancing situation and brings your tremolo back to the exact "in-tune" position.

You can still push down and pull back on the tremolo to raise and lower my stings. The Tremsetter works very similarly to a double hinged door; i.e., the door can swing both ways, but comes to rest in the center position. When you let go or your tremolo arm after you have raised or lowered your strings, the Tremsetter automatically returns your tremolo to it's "zero" position.

The Tremsetter stabilizes your tremolo to minimize "tremolo sag". "Tremolo sag" is what you experience when you bend a string, increasing the string pressure causing your tremolo to rock or sag forward. This puts your adjacent strings out of tune. This is especially annoying when you are trying to play country or blues style double stop bends. Also, when your tremolo sags forward, you have to bend farther to raise the pitch of your strings.

The Tremsetter will give you all the advantages of a fixed bridge guitar while maintaining the versatility of a full floating tremolo instrument.

Expect too much from a $680 guitar. According to your other post. You shouldn't.

Strings need to be tuned sometimes. On every guitar. Sometimes mid song. Strings stretch over time, slowly becoming looser, like nearly any other thing in the known universe that is kept under tension. Like a leather boot that is tight and stretches and eventually forms, or the metal cables on a ski lift that need to be re-tensioned every so often.

You're not going to be happy with the trem setter. 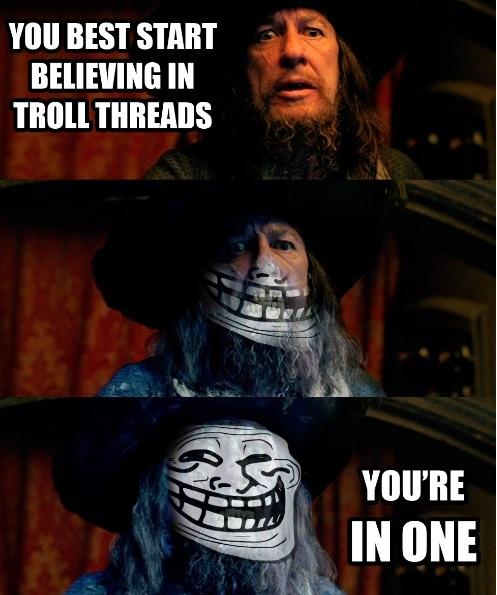 The way the OP is going off about the benefits of the Tremsetter you'd think he was speaking from experience.... except having been a user of the Tremsetter for a few years long ago I can say without absolute certainty it doesn't do it's job without unwanted side effects. Ya it makes the trem move back to a zero point but at the cost of completely ruining the feel of a floating bridge. If that's what you want then you are not a candidate for a floating system.

Perhaps one day he'll realize you can't change the laws of physics. Either live with the little tuning idiosyncrasies of the instrument or take up butterfly collecting IMO

Guitars have tuning machine heads for a reason.

Brad8008135 said:
I still have doubts that @A-Bone will maintain the number one position at the end of the year.

Holy smokes!! Is that list real? Have those people really posted that many time in a year? I’ve been on here 13 years and haven’t reached 1000 yet. My Internet cred ain’t worth anything.

To the OP...I check my tuning about every 15min of playing out of habit. I play country and constantly bending strings so they fall out of tune. It’s just part of playing the guitar. I suggest accepting that a guitar needs tuned and not throwing money at a problem that isn’t there.

Fact: guitars go out of tune.

You can never be perfectly in tune even with a Floyd.
There are design deficiencies with guitars in general (blame pythagoras).

If the tremelo isn't perfectly level you'll have issues.

Anyway, why are you expecting things to be in tune 100% of the time anyway?

Just because a pro says they're in tune all of the time, well, they are pros and pay people to have their
instruments set up perfectly to their specs.

Anyway, don't worry about it so much. That's what fine tuners are for - to adjust minute discrepancies in tuning.

My guitars have never stayed in tune.
Minutes after tuning them, they are off.
I've tried vaseline + graphite in the nut slots but didn't notice much of a difference.

Used to dream higher but now I just want a guitar which stays in tune > Headless (~ $1500).
Humble dreaming