I think I've got issues...relics make me angry

Relic used to make me angry too! 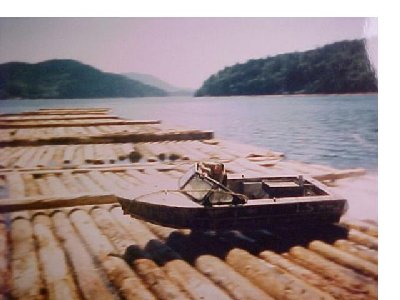 I liked his jet boat though...
B

All I can see when reading through this thread anymore ... 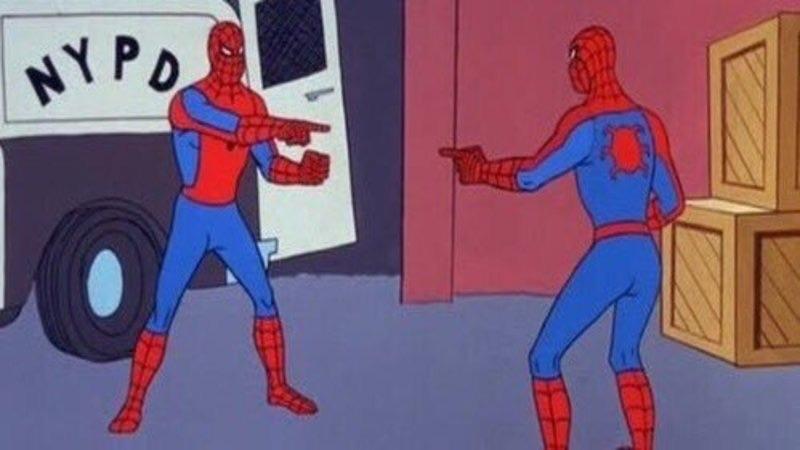 I’m kinda indifferent about it.. some though are over done.. if I was buying a signature model like a Pearly Gates Les Paul that’s relic’d to be just as the original one is then I would welcome it... now if it looks like it’s been dragged behind the car for a few miles then I’ll have to pass... some of the Fender stuff looks that way. I like the dulled finish of the VOS stuff from gibson.. the aged hardware and so on.. looks like it’s just been sitting in a case for decades rather than used as a weapon in battle.

xmd5a said:
That's a bit like saying black face is a makeup choice - and it has happened!
Click to expand...

xmd5a said:
Maybe they do like the aesthetic, but you make preference out to be some meaningless superficial thing, like cultural appropriation, where you adorn yourself with something that has special significance to other people, without regard for that significance.
Click to expand...

Obviously you're enjoying this seemingly unlimited well of for-the-lulz trolling potential, but the way you've presented yourself to get your thrills is disgusting.
G

And we are so impressed with your insight! Get a ****ing spine and use your real name.
G

mattmccloskey said:
And we are so impressed with your insight! Get a ****ing spine and use your real name.
Click to expand...

Wow, no need to get so emotional about a damn guitar finish dude. I was just kind of making a tongue in cheek joke. Now how about developing some originality and creating a username besides the one that's on your birth certificate. Again, I'm not actually being serious. Just being sarcastic.

Again I say, carry on my good chaps.

Superstick said:
So it’s not about relics? It’s about playing old guitars. Got it.
But if I own a relic and state publicly that I understand that old guitars have a special significance to others then I’m cool right?
Or am I pretentious? Or is my relic’d guitar pretentious? Just trying to figure it out.
But to satisfy you 15 years ago I should have just been reckless with the care of my guitars and beat the crap out of them if I liked that aesthetic.
Or just played one guitar exclusively for 30 years. A nitro finished guitar.
Click to expand...

It's really not that complicated, it's about fake and not fake. In some music genres, there's a lot of pretense, but rock and blues was "supposed" to be pretense-free. An old beat up guitar either meant, "I'm so down and out this old Strat is all I can afford" or "I'm doing so many drugs I can't not trash this Strat." Even if the damage was fake or somewhat deliberate, in theory, it wasn't supposed to be, or it wasn't supposed to be so obvious. My issue with relics is that they don't even try to hide the fact of their fakeness. "heavy relic" or "road warn" are right in their names. And the people who buy them are playing dumb, like "what? being fake is a bad thing? I had no idea! I just like the looks!"

I am too old to relic anything naturally, it takes too long.

I am with the folks who say they like what they read and then get to relic... no dice. I could be less nice, but it isn't my business. But speaking of business I will say, no one will never sell me something that has an upcharge because it looks beat up.

What I really have a "why?" issue with is the rusting of guitar hardware. Like bridge screws and stuff. Let me tell you, where I live, that happens fast enough and if I bought something like that it would just not be good.

GenericUserName said:
Wow, no need to get so emotional about a damn guitar finish dude. I was just kind of making a tongue in cheek joke. Now how about developing some originality and creating a username besides the one that's on your birth certificate. Again, I'm not actually being serious. Just being sarcastic.

Again I say, carry on my good chaps.
Click to expand...

I’m not emotional about a guitar finish at all, ‘dude’. I just find it pathetic that people can be so rude, condescending, and cavalier when hiding behind an alias.
G

You could be right. Perhaps I did come off as a bit crass. That wasn't my intention and I'm sorry if I came off that way.

There's no vocal tone in written text, so I have to remember to be careful with my replies because I like to joke or be sarcastic. If someone doesn't know me personally then my reply might be misinterpreted.

Sorry if I offended anybody. I get it. But I still think you need to relax a bit and consider how sarcasm and jokes work...especially when dealing with an entire planet online. Different cultures and such.

mattmccloskey said:
I’m not emotional about a guitar finish at all, ‘dude’. I just find it pathetic that people can be so rude, condescending, and cavalier when hiding behind an alias.
Click to expand...

When people get fly-off-the-handle angry like some have in this thread, I think a person has legit cause to worry about IRL reprisals. Not "find you and slit your throat" as someone mentioned a few pages back, but look up your linkedin profile and send nasty messages about you to people in your business, or even "swat" you, which is actually a serious problem.

Look, some guys, some gals mistrust things that may appear to be for images, for presenting something not genuine. For instance, fake eyebrows gross me out, so do heavy tatooes or overly white teeth. Becuase it IS about how things look, you guys even say so, so you do care about image.

On the one hand, a lot of relicing seems silly, but at the same time I don't really care how pretty a guitar is (though I do like pretty things) over how it plays, feels, works, sounds. I am content with my Modest Hagstrom. Some have the need to check their hair before they go outside, or wear clothes that are "fashionable" because, regardless of what they say or think, image matters to them. I don't like the fashion industry and I don't like influencers, I like women that go their own way and even heavy makeup seems like a show job. Yes, makeup can be pretty, so can some guitar wear, but when it becomes "look at me, look at me" I get turned off. Like Tammy Faye's makeup, that was bizarre and a sign of distorted perceptions. There is an artist commentator on AXS channel and she has these fake eyebrows and wig, I just don't take her seriously, neither do I with men with shiny white teeth or hair implants. I'm bald and prefer being bald. I just don't give a damn, I wear t-shirts to dinner.

But that said, I'd own a relic, BECUASE I don't care. Just get me a good guitar that others fail to appreciate and I will give it some love. You should see my Epi Les Paul Standard, it IS a relic, been snappef off at the neck heel. A guitar someone gave love and new life to, so I love it.

Just think genuine and honest, and above all things be real, but sure, get a relic, if you aren't posing, because, well: "Stop that, that's silly!"

I also avoid blonde women and flashy women like the plague. Give me a sweet natured homely girl any day, someone capable of loving others more than herself. Give me that guitar others don't want but is a diamond in the rough. But I know image is important to most people. Look at the men who wear gold neckaces and flashy cars. Girl birds are attracted to flashy stuff, some of them that is, and all the power to them, I don't want them anyway. I don't need bottle blonde for TV. I cared about it when I was 20, but not now.
G

xmd5a said:
When people get fly-off-the-handle angry like some have in this thread, I think a person has legit cause to worry about IRL reprisals. Not "find you and slit your throat" as someone mentioned a few pages back, but look up your linkedin profile and send nasty messages about you to people in your business, or even "swat" you, which is actually a serious problem.
Click to expand...

I have no idea what you're talking about. I'm an old f#@k...."irl", "linked in" or "swat" means nothing to me. I'm sure linked in is some sorta forum like this, but other than that you're speaking alien to me....illegal alien! Jk.

I play them all regularly, at home, at practice with 3 bands, on stage on a regular gigging schedule, and occasionally in the studio.

Those who listen to my music don’t know whether I play a relic or not, nor they care. Those who watch me play don’t care either.

Call me a poser, a superficial wannabe who willingly buys in a fake ethos, whatever, and on most days you’ll get a smile, a hug and maybe a free beer. On rare ones, I will punch your nose.

Be happy, and let your music do the talking.

I've got a few 'detonators' on hand.....
Ought to blow some of you guys up 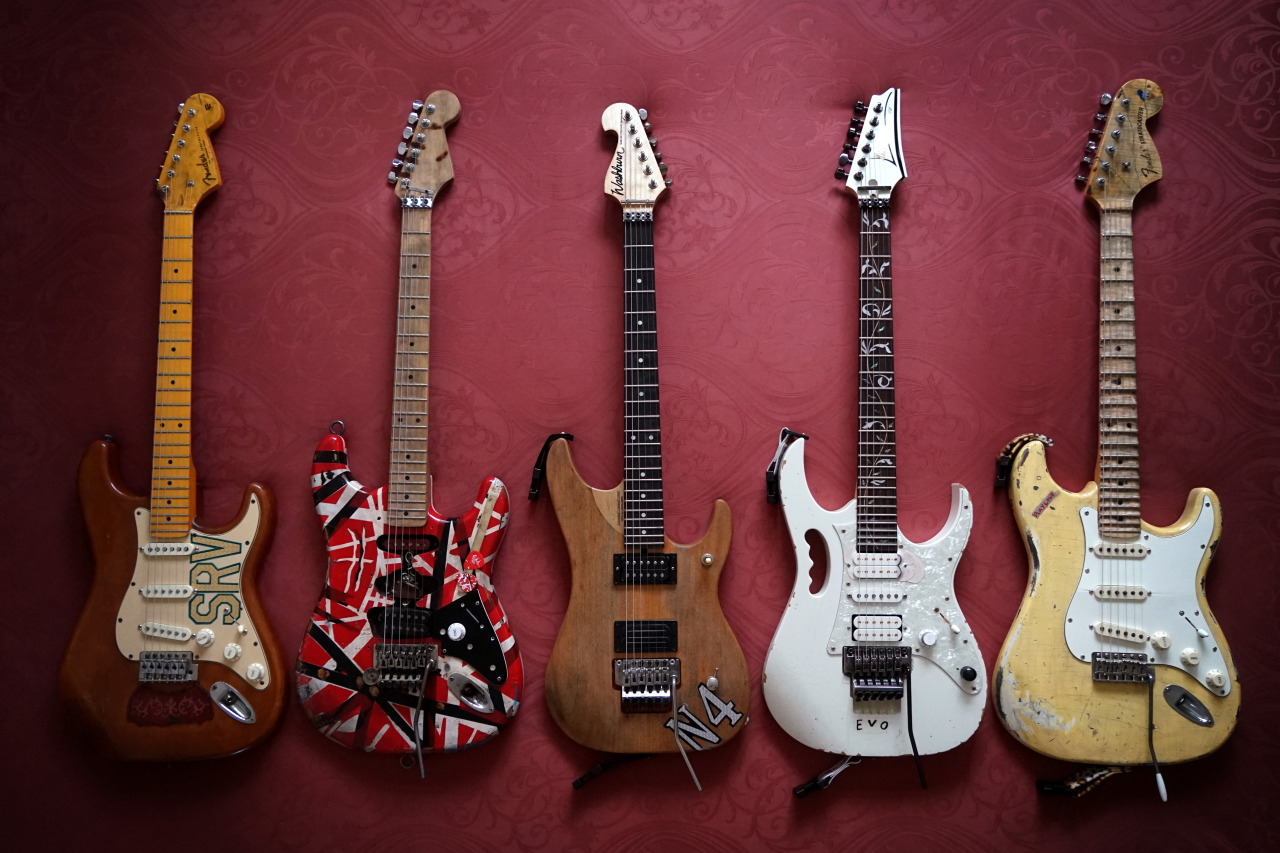 chrisjw5 said:
Who are you to speak for the hundreds of thousands, if not millions of people that own relics and their intentions? Shame on you and your ignorance.

It was, and now I wonder. I was out last night with my wife and when she went to the ladies room, this guy came over who knew her from her last job. He was very polite but talking a million miles a minute and, in the end, he wondered if I'd ask her to talk to him a minute, as she was an influence on his life (she admitted him to college).

He was very polite, but clearly Autism Spectrum Disorder for a hundred reasons that aren't worth listing here. Before DSM-5 changed diagnoses, he would have been labelled as Aspbergers. I work with ASD kids and, reflecting on this thread this morning after last night's interaction, our hero here appears to have a lot of the trademarks - a laser sharp focus or fixation on a very specific detail with an inability to read social cues or broader context. He sees what's been mostly back-and-forth busting as 'deep anger'.

Anyway, I'm not making fun of the guy, and maybe I'm wrong. If I am, no problem, but I'm not engaging with someone that I think might have a legit disorder. And maybe you all should think about that too. If I'm right, it makes me sad.

Very sobering. I’m out of here.