Is my guitar a write off?

This is my guitar that my ex girlfriend smashed a few years ago and has since been hidden away in its case like some kind of jumanji-esque bad mojo secret. I’ve desperately wanted to be able to play it again all this time but I haven’t been able to afford to spend the money to repair it and I’ve been avoiding confronting my grief (telling myself that I didn’t deserve such a nice and expensive guitar in the first place).

The damage is mostly to the neck, snapped headstock, dented fret, missing tuner bushing and the skunk stripe has moved through the finish leaving the seams very rough.

I understand that a replacement for the neck is probably the way to go as the damage is quite extensive but I am concerned about the cracks in the body. One particularly worrying crack extends all the way from inside the trem cavity down to near to the lower strap button. I am unsure if the cracks on the body are just in the finish or actually penetrate into the wood. Are there any techniques for assessing this without stripping the finish?

I’d like to hear your thoughts on the viability of salvaging my guitar.

I’m ready to accept that I can’t just keep my broken guitar hidden away forever and I want to know if saving towards repairing it is a futile effort. I have a personal connection with my guitar, I brought it for first guitar and I love it but I understand that it’s possible that it’s just not meant to be. In retrospect I would tell my younger self to get a cheaper guitar but at the time I thought that the idea of buying a “beginner” guitar to then buy a “proper” guitar a couple of years later was silly and more costly than just buying a “proper” guitar from the start. 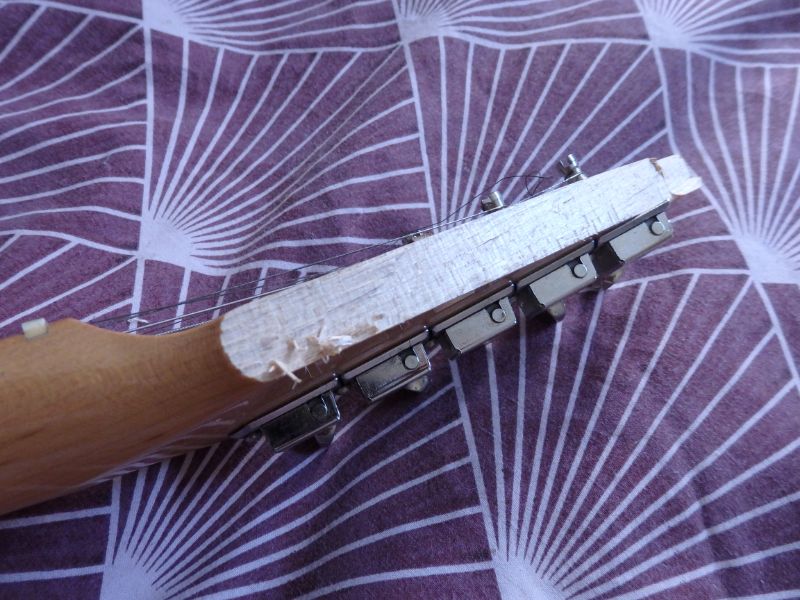 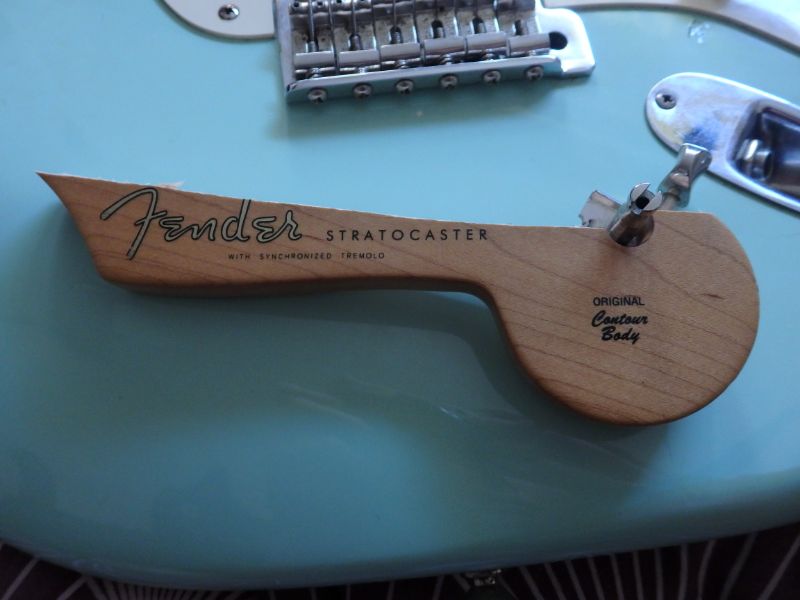 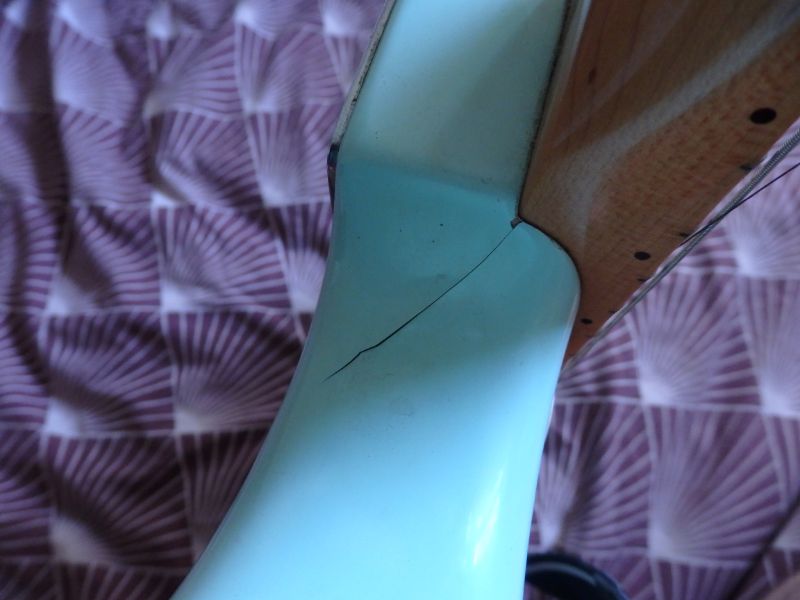 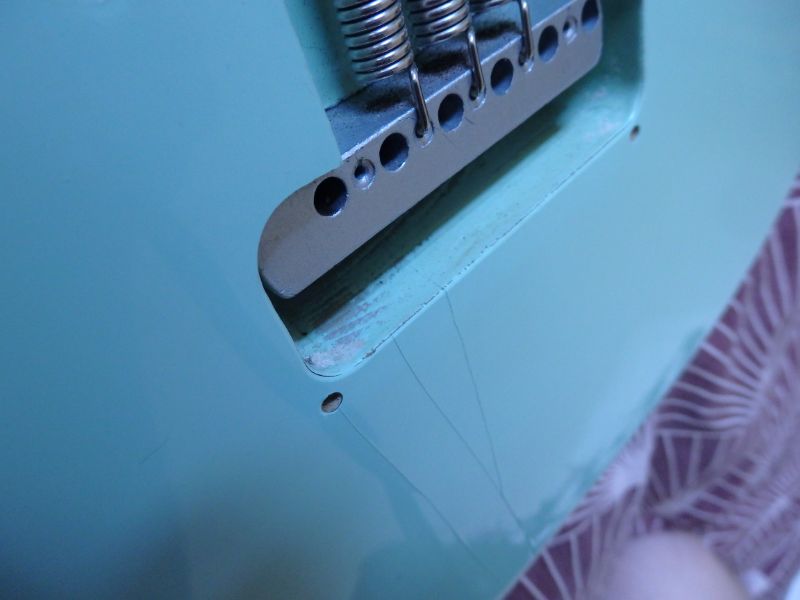 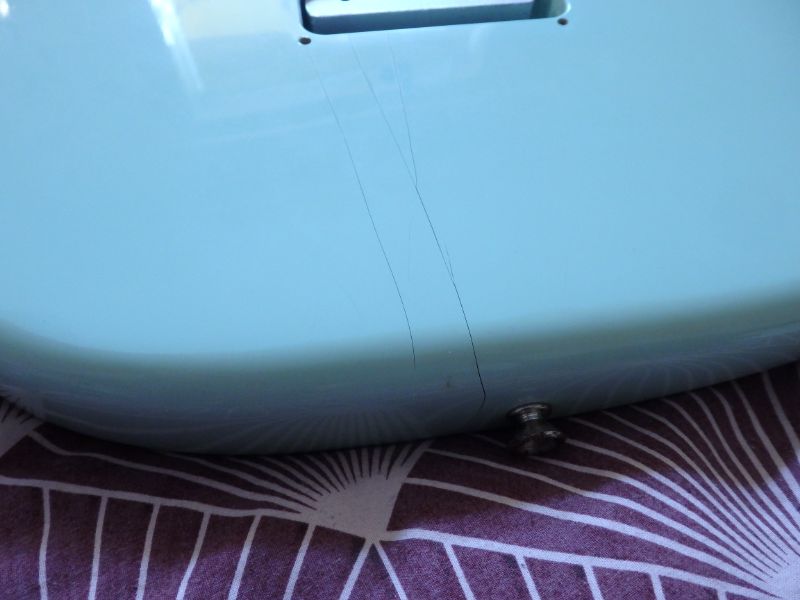 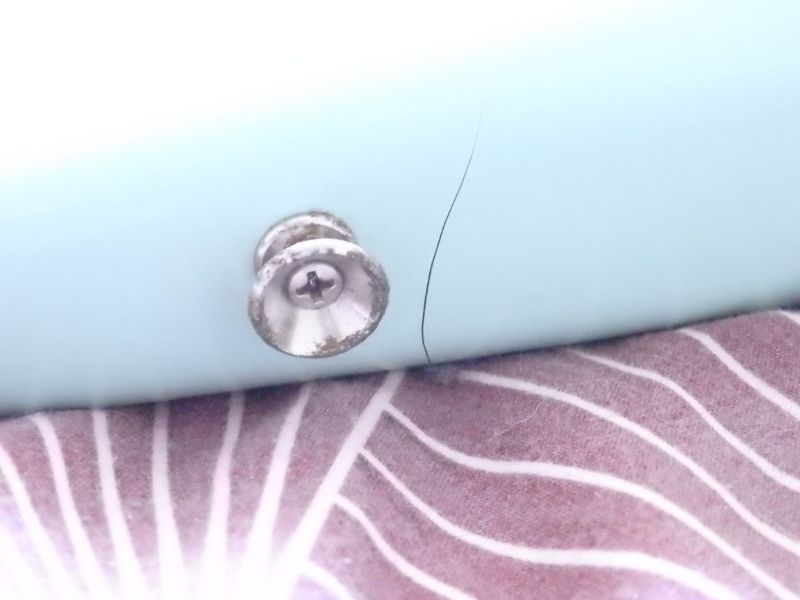 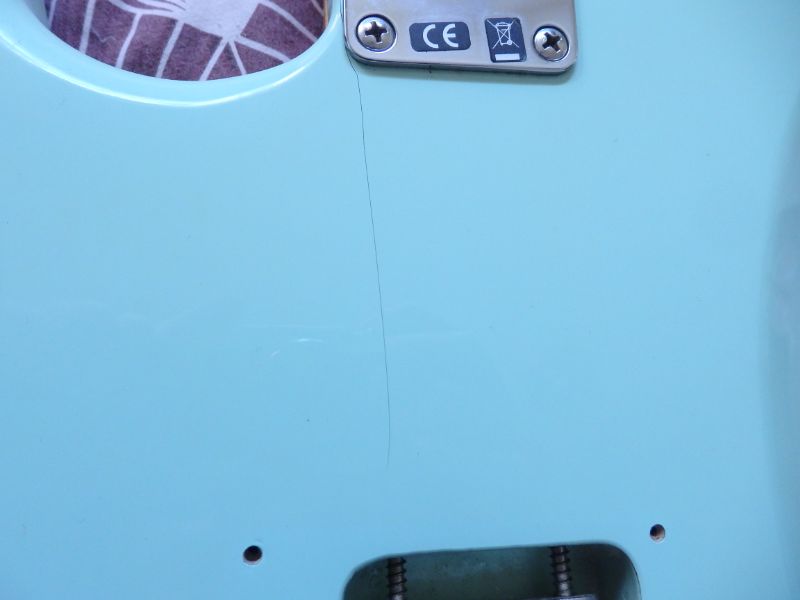 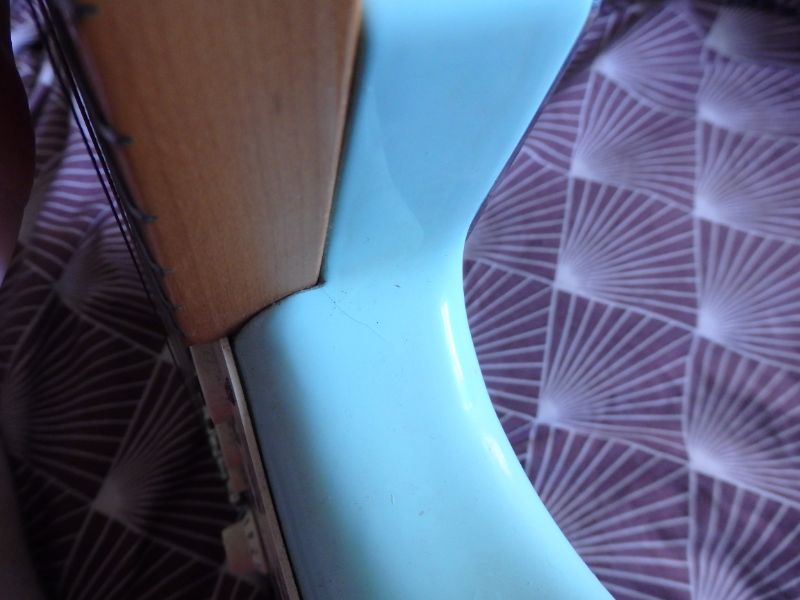 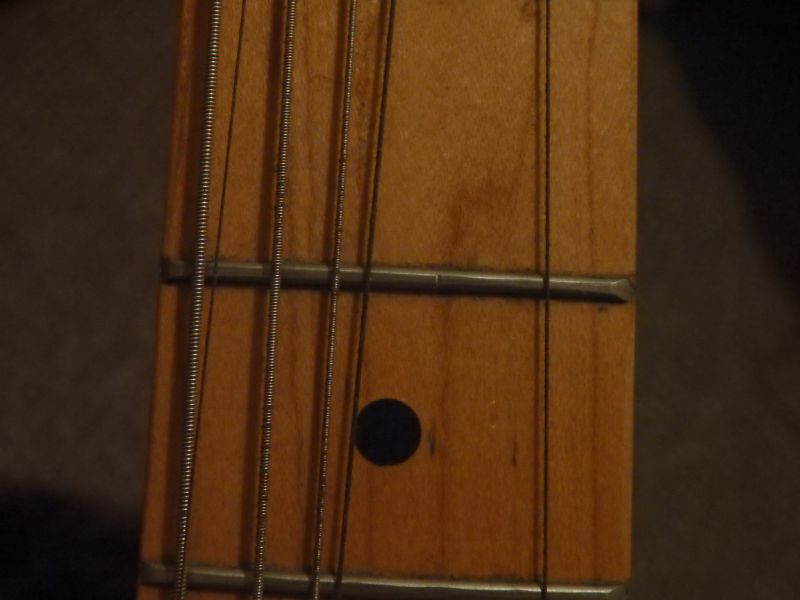 You can write off the loss if you make your living in music. Otherwise if the cracks aren't structural, get a relic neck and keep playing it battle scars and all.

actually the neck is relatively easy to repair.. and nothing else is of any significant consequence..

What did she do? run it over with a truck!
The neck isn't worth the cost of repairing it, but the hardware may be salvageable, the body? it depends on those cracks, I would take it to a repair shop and ask the luthiers opinion.

Ron Kirn said:
actually the neck is relatively easy to repair.. and nothing else is of any significant consequence..

Agreed the damage looks worse than it is. Not to hard to fix that back up and get it in playing condition.

Might help you exorcise her bitchiness just by getting it fixed.

Be prepared to pay the price and take it to the most excellent highly recommended luthier you can find. Turn it into a beast.

p.s. lets hope she sees you playing it again one day.

I hope she didn't hit you with it! - the neck can be repaired or replaced. the rest doesn't look that bad
I replaced a single fret on my Strat copy.....it wasn't that hard to do if you have the right tools. the dent in the fret was like yours only much deeper.

I would replace the body and neck, myself. I'd sell the body & neck to the highest bidder, replace them with something different, put everything back together, and resume enjoying it.

I've encountered my share of psychotic past girlfriends but have luckily never endured a guitar smashing. I don't retain bitter reminders or dwell on unpleasant memories. I would dump that painful emotional clutter and open a new chapter with that guitar. I would not sense any urge to right that wrong by way of repair.
B

So you were dating Pete Townshend?
G

By the time you get done repairing the neck and Grind and Polish on the frets you might be close enough to the price of a 2nd hand neck where it would be worth it not to "see" the repair on the neck. Your call. Good quality second hand necks can often be found on the cheap and you could sell the original neck to make up some of the difference.

What did you do to piss her off that bad? Bang her sister or mother?
Click to expand...

interesting. what made her smash it. was she hot?
M

The only body pic that is a little concerning is your 3rd pic (next to the neck joint) because it's hard to tell how far through it goes and it's right in the area where the neck bolts on. If it's mostly superficial then you should be fine.
S

Take it to a luthier and see what they say. This is in the realm of something many people could do themselves (I have), but not everyone. On a scale of 1 to 10, it's about a 5. In other words, it's something a regular guitar player could accomplish if they were into woodworking and DIY stuff. But it's not something worth attempting by someone who isn't very handy with that type of stuff. You could easily ruin it if you don't know what you're doing, or waste your time trying to fix a guitar that is beyond fixing. And if you can't tell if it's repairable or not, then I'm thinking you're probably in that second camp.
D

Write it off and destroy it further by pulling a Keef at altamont on her.

I’d toss the neck. Not sure on the body. I have concerns that it has a structural split rather than cosmetic. The crack around the neck pocket is concerning, and it seems to connect to a crack that runs the length of the body. I’d take it to a good tech for an estimate, but my suspicion is that fixing it would be cost prohibitive
B

I'd just replace the neck as well. That also takes care of two other issues; dented fret and tuner bushing too. The rest is just battle scars.

One nice thing about solid body guitars is their structural integrity. In most cases angry spouses and lovers were engineered for.

DonP said:
What did you do to piss her off that bad?
Click to expand...

Obviously asked by someone not married for more than a dozen years.. A great example of how to piss of a woman... she asks, "How do I look?? you answer, "Fine..." and Bingo..... you can feel the temperature in the room drop 25 degrees......