I'm so tempted to put these in my Epi Dot. Has anyone tried them in a humbucker equipped guitar with great results? I have read so much about the cap value that really matters not some boutique hype. $45 is too steep I think. Any cheaper alternatives or are these real deal?
D

tonepro54 said:
I'm so tempted to put these in my Epi Dot. Has anyone tried them in a humbucker equipped guitar with great results? I have read so much about the cap value that really matters not some boutique hype. $45 is too steep I think. Any cheaper alternatives or are these real deal?
Click to expand...

Angela's used to have some caps they called Sequa's that are PIO and work great for guitar. Aluminum foil is fine...copper is overkill, and can sound almost sterile. No need to pay big bucks for Jensens, IMHO. YMMV. I think the Sequa caps were around $8 a pop.

Try the Sozos! they work much nicer in the guitar. I never liked Jensens in a guitar. They are great for amps though!

Paper in oil caps aren't stable. They can dry out over time. And then the sound can change because the specifications can change. People who repair radios won't install them. Mylar and ceramic are better.

I've used Jensen Copper Foil PIO in a Strat. Great cap, very clear, but sounded almost too 'hi-fi' with single coils (I now use Paper In Wax, which is a much better match IMO). I feel it would probably sound better with humbuckers but haven't tried it myself. Now I know many people think all caps of the same value sound the same, but I tend to disagree

I got mine direct from Tobias Jensen in Denmark and although I can't remember how much I paid it was nowhere near $45 (more like $25 + ship). Anyway, my take is that unless you're looking for a super-clear sound there are other PIO alternatives that can be had for much less and that might actually sound more musical. If it has to be Jensen I would just go for a 'regular' aluminium foil PIO.

Jensens are Great in a Strat. I also like Hovland Musicaps, But they are hard to find. Otherwise troll Ebay for some older Cornel Dubilers, or Vitamin Q's. If your deaf, just put a ceramic disc in your axe = Ignorance is bliss!

If you know exactly what you want and that a $45 cap is going to give it to you....well your ears and wallet.
I'd sure like to hear them against 45 CENT caps before buying.

There is a very easy test for anyone who wants to know what different types of Capacitors will sound like installed in a Guitar. - Take a Standard Telecaster - Disconnect the Neck Pickup from the 3 way switch completely. Next use the 3 way switch wired to the Bridge Pickup to 3 different Cap's. Use all .047 Caps - First position a ceramic disc, 2nd position try a Electrolytic (Mallory M150) 3rd position use a Paper/Oil cap like a Jensen or Pio.
If your somewhat handy with a Solder Gun, This can be done in less than 10 minutes without removing the Strings on your Tele. You can instantly switch between 3 different types of capacitors while your playing. Roll the Tone Knob down about halfway so you can hear each Cap's taking effect. = Proof is in the Pudding!
D

tonepro54 said:
I have read so much about the cap value that really matters not some boutique hype.
Click to expand...

"Value" being the key word.

If you have money to burn, go for it. If you believe or want to hear a difference, then you probably will.

If you have money to burn, go for it. If you believe or want to hear a difference, then you probably will.
Click to expand...

And if you don't want to hear the difference, just don't do any A/B testing. Simple...we can ALL be happy!

If we're going to talk about objective, well controlled testing, you're really arguing with the wrong guy here.

OP-Run the ol' search check on this topic.
D

To repost the same ol' -

In real time blind switching between different types of caps of the same tested value, 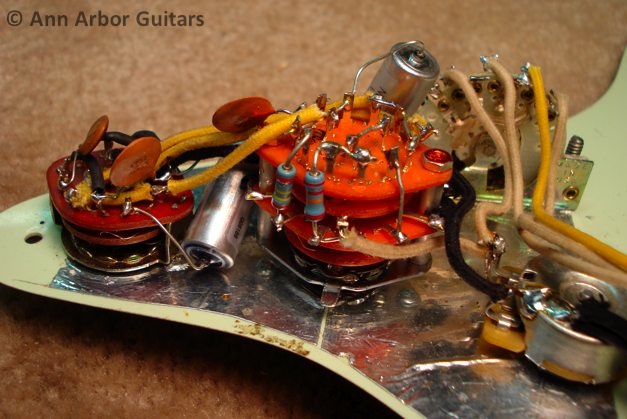 Or in this universal test rig, 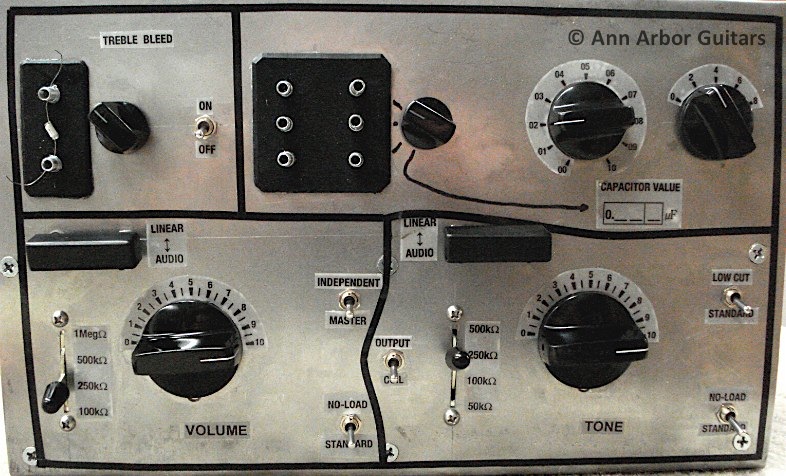 Or in this cap test box, 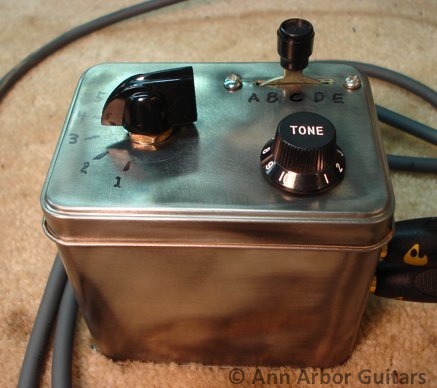 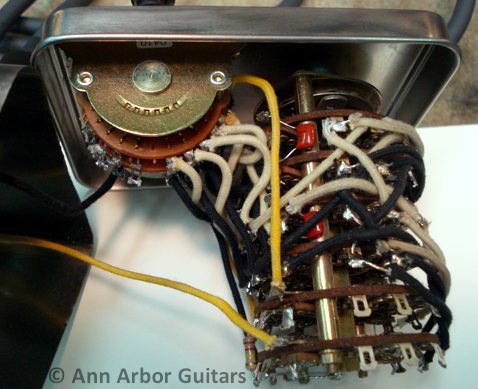 No one as of yet, including some players with great ears, tested through a wide variety of pickups, amps, settings, styles, etc, has been able to demonstrate the ability to hear a difference between caps of any different types, so long as they test at the same value.

The tests have all been arranged along similar lines. Several positions to switch between, with all having the same type of cap except for one with a different type. The tests have all been set up to switch where the odd position out falls to repeat testing for more reliable results (some may get it right once by luck, but no one has ever identified the right position each time in consecutive tests).

Blind testing, designed to eliminate any bias on the part of the surveyed or the surveyor, all done in real time switching. All the tests I've seen that purport to demonstrate a noticeable difference have had one common flaw, that being that they have not been blind tests.

The testing methods, and the power of suggestion have been discussed ad nauseum. If someone else does some truly objective and reliable testing which shows results different from those I've observed, then I'll be more likely to take them seriously. Until then, all reliable evidence I've seen points quite clearly and directly to it being all in the mind.
D

David Collins said:
The testing methods, and the power of suggestion have been discussed ad nauseum. If someone else does some truly objective and reliable testing which shows results different from those I've observed, then I'll be more likely to take them seriously. Until then, all reliable evidence I've seen points quite clearly and directly to it being all in the mind.
Click to expand...

Try factoring in that the human ear has a very short memory. A/B testing is really the only fair guage as to weather or not one can hear a difference. Pardon my comment, if that's what you did...but it certainly doesn't appear to be what you did.

Each test that I've done has been designed so that you can switch between caps instantaneously. The internal mounted design of course usually involved the player having to stop their picking long enough to flip a switch, but with the external boxes the player can keep on going uninterrupted so a second person can switch positions without missing a beat.

In any case, I tried to design each test to do everything I possibly could to favor the odds of someone being able to hear a difference if there were one to hear. I've really tried to create the perfect storm, so that if there were any slight difference, even the tiniest little bit, that the players/listeners would have the absolute best opportunity to hear it.

What kind of circuit are you using?
D

Again, if you WANT to hear a difference in caps, the tone-stack of a simple amp (like a blackface fender) is ideal. The bass and mid caps share a common point right after the 100k resistor. Use that point to switch a pair of the blue-molded (original) caps in and out, opposing a pair of metalized mylar caps of the same value, for example. Your ear likely won't have to have any memory at all for that one. Of course, if you don't want to hear a difference, you can avoid that circuit altogether.
D

Long story short, there are certain circuits that show up tonal differences in caps more so than other places in an amp. If you WANT to hear a difference, that's where you start....and if you don't, you don't.
K

Paper in butter capacitors have the tastiest tone.
D