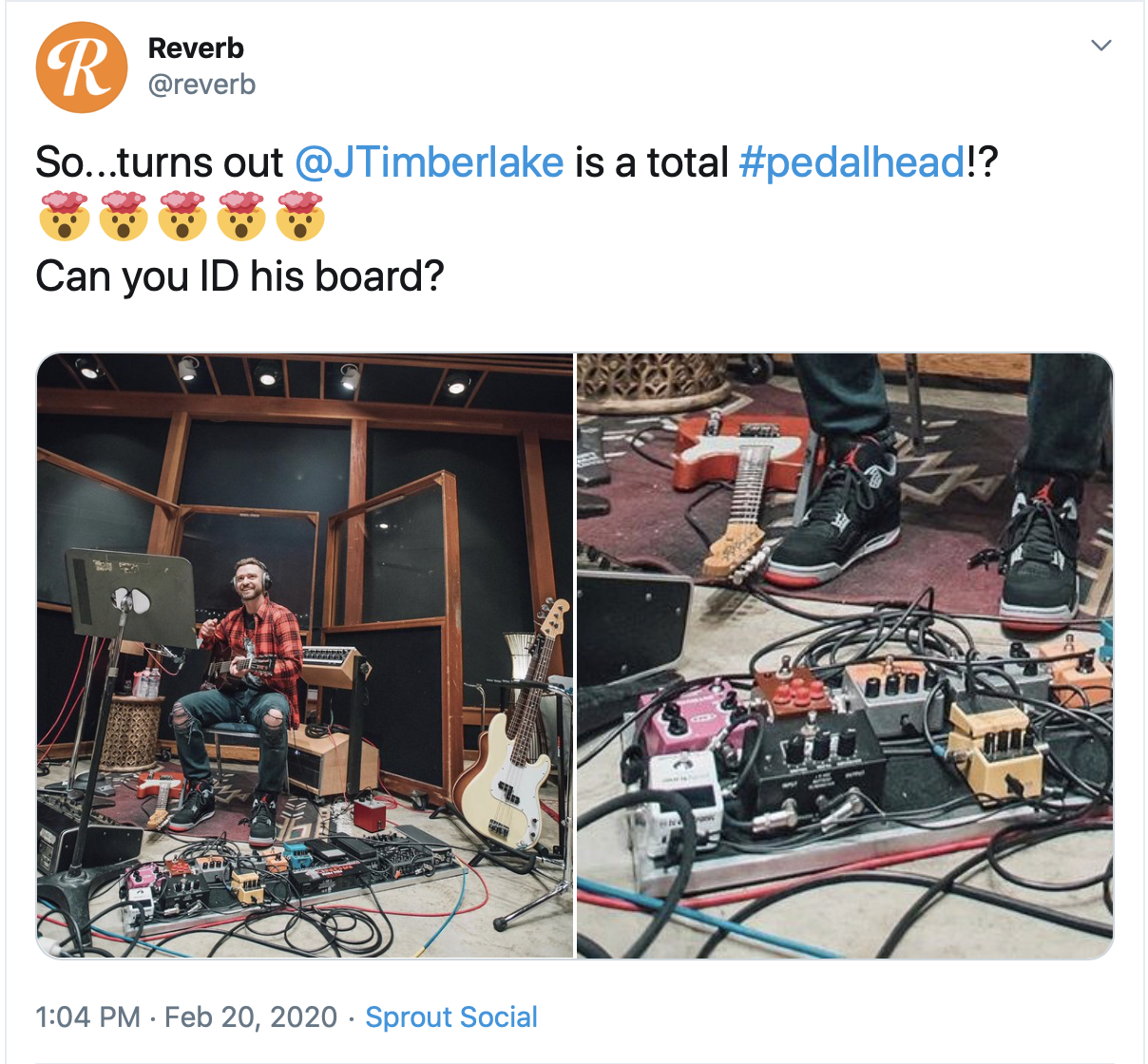 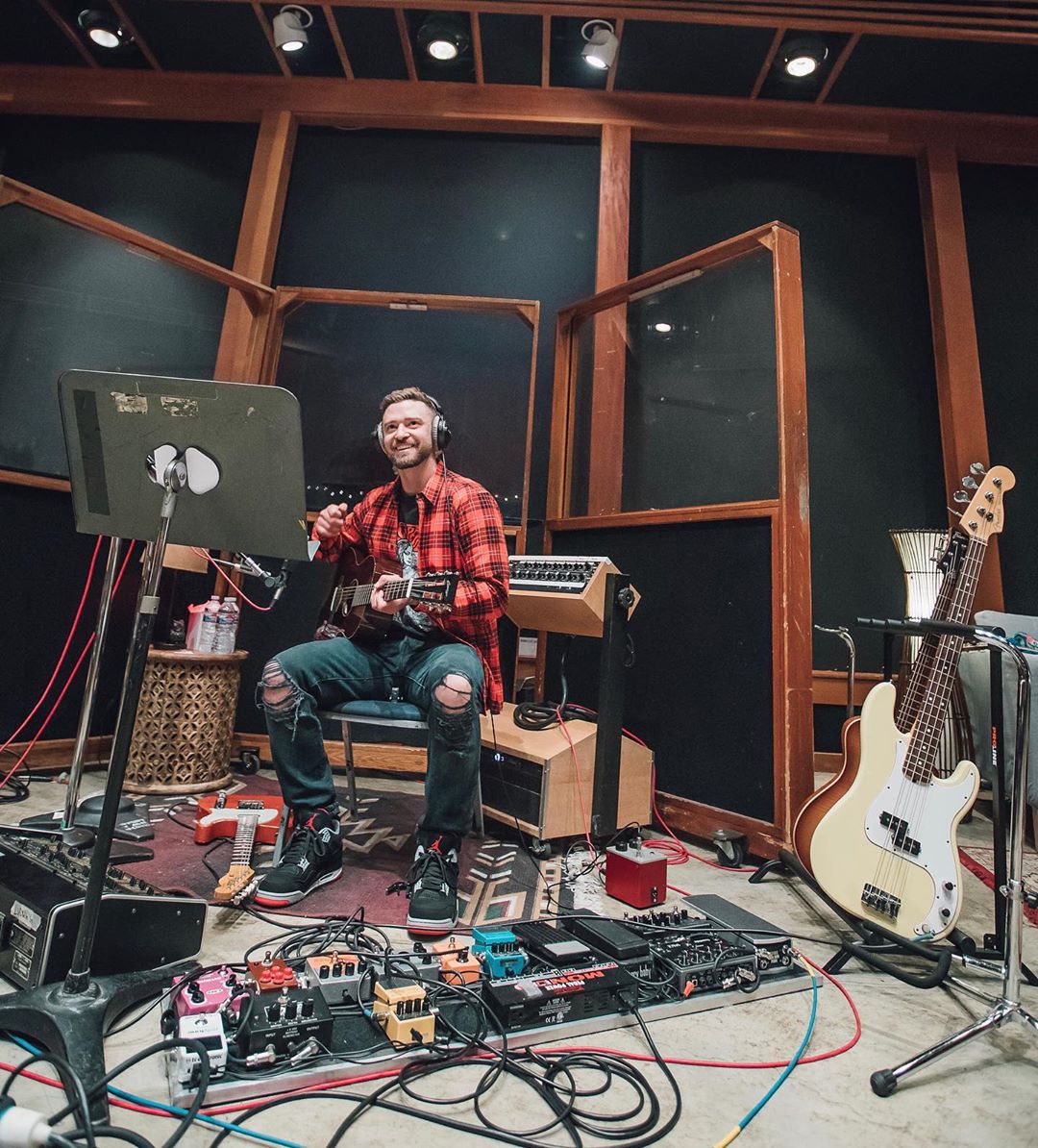 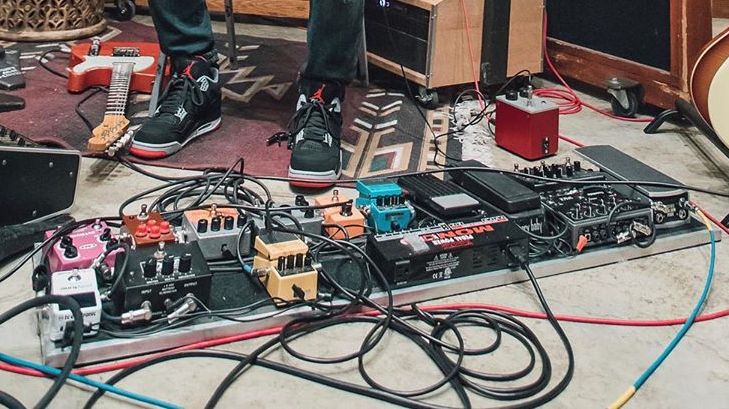 At least one Rat, plus an Angry Charlie (I think).

Edit. My mistake. The Fairfield does make it much cooler than you would expect! Plus he has an Angry Charlie I think.
Last edited: Feb 20, 2020

TGP snobs shrug cos he doesn't have a modeler.

Looks like there's also a Boss chorus and overdrive, maybe a Phase 90, a Fairfield Randy's Revenge, and a Strymon Timeline?

he's obnoxiously talented on many instruments... I dig it!

Prices on Reverb for those pedals probably just spiked...

I am Soldering Iron Man

that thing needs a trailer hitch!

looks like an Eventide Space on the end between the Crybaby and EB volume, below that I believe is the modfactor(same layout but has a green stripe), the greenish-blue boss might be the harmonist, off-yellow boss looks to me like the acoustic simulator?(could also be the OS-2, but looks too muted to be any of the other overdrives), MXR phase 90, Randy's Revenge, JHS to me looks more like the Polinator, T-Rex Octavius, and can't really tell what the pedal between the JHS and the phase 90 is but looks like EHX something or other... maybe the EHX #1 Echo?

There's a good chance that this isn't actually his and that he's just using someone else's board...

Clearly he has connections and can afford any pedal he wants but can he play? More than strumming chords? Honest question.

Thank goodness!! I was expecting a Vertex rig-doctor pedal board haha

Before I clicked the link: I was expecting to see a cell phone and a bunch of trojans.

I wonder what his TGP handle is.

I hope he doesn't "weigh in" on modeling. The Digital Modeling forum might explode.