Let's see your HSH guitars - might be a short thread

First HSH setup in a guitar I have owned and I love it. Ordered this prewired guard from Sigler Music. Great experience. Suhr Aldrich Humbuckers and a Fender Fat 50s in the middle. Pull tone for coilc tap, pull tone for adding neck in any position, 5 way switch. Big fat humbucker tones and quacky in between strat tones are all here.

Yes this is a Carvin bolt kit guitar and it is an amazing playing and sounding guitar. The ultimate gigging workhorse for me. Let's see your HSH geetars.

Are H-S-H guitars really that rare here on TGP?

Mine...(This photo came from the www, but it looks the same) 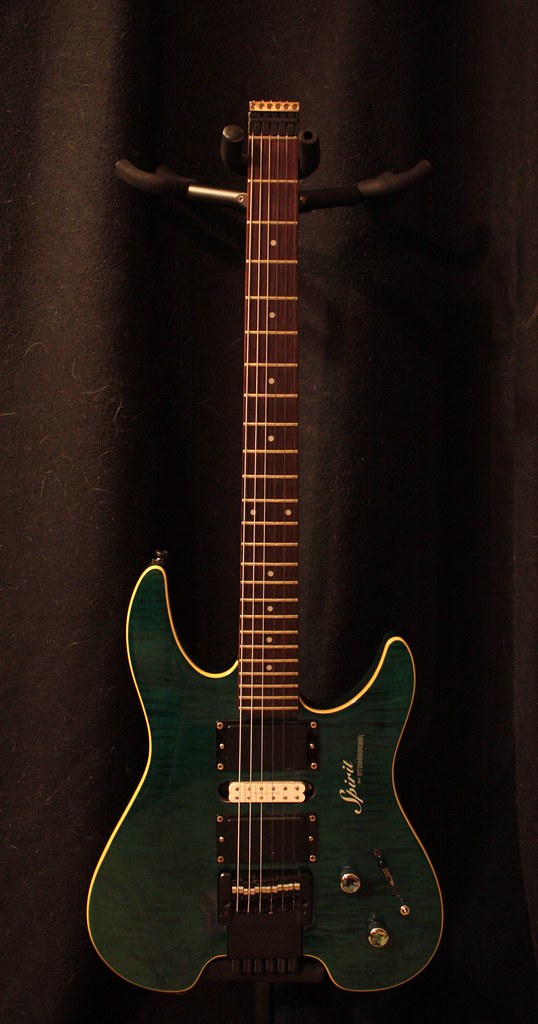 Most Ibanez RGs are HSH... Like my RG750. So there are plenty and plenty of HSH guitars out there. I have a vague memory that Steve Vai designed and might even have some kind of patent on the five way switch that makes humbuckers single-coils at 2 and 4 positions.
I

It's a decent guitar. I used to use it quite a bit. Now it's shares back-up duty with my telecaster. I'm thinking about replacing it with a guitar that has a hard-tail. I LOVE that ZR bridge, bearing fulcrum point instead of knife edge, genius. But it's just never sounded as good as my other Ibanez's. And I'd really like a back-up guitar that is a hard-tail for reliability purposes, and weird tuning purposes.

And I built this thing. Had it for a while. It's a 2001 MIM strat, loaded up with a Dimarzio Super Distortion, HS-2, and Super 2. Despite the electronics changes, and the crazy amount of what ever possible pick-up switching you want (the pots are push-pull too) it refused to sound like anything other than a strat. It's been reverted back to SSS since then, sporting two HS-2's and an HS-3, and my dad uses it now as a classic strat for blues and classic rock. It didn't want to be anything else, so decided not to fight it.

technically this is HSS, as the neck EMG is their hum sized singlecoil model ("H", iirc);

Ha. It is a short thread.

Brooks said:
technically this is HSS, as the neck EMG is their hum sized singlecoil model ("H", iirc);

Love the finish on that one 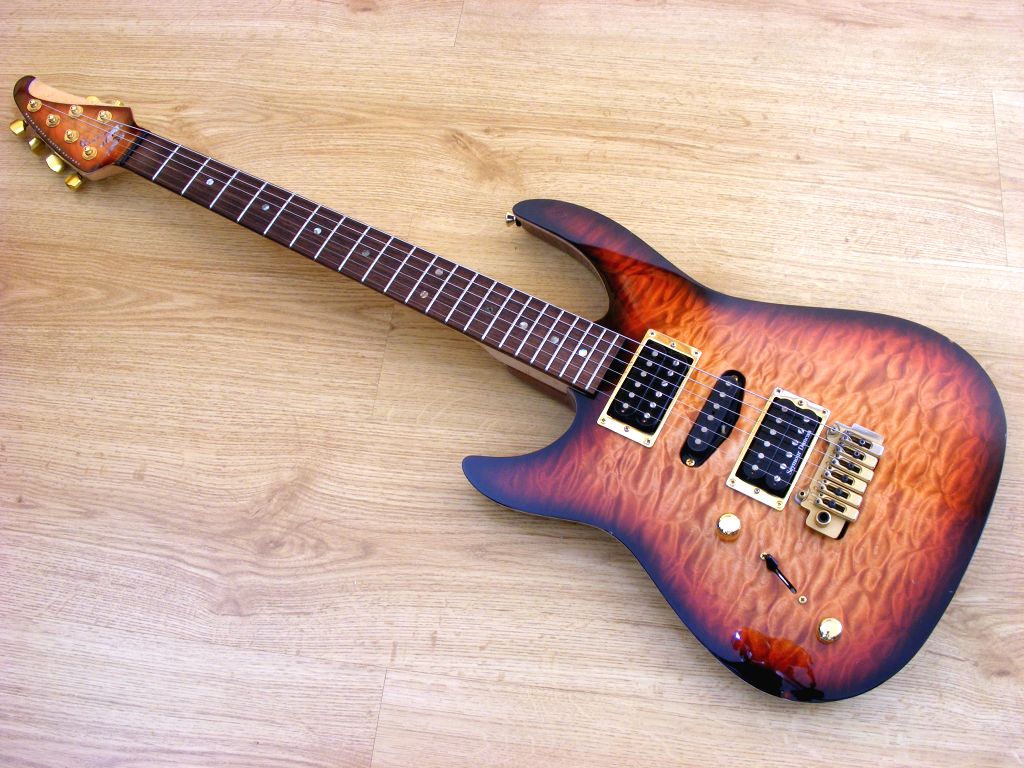 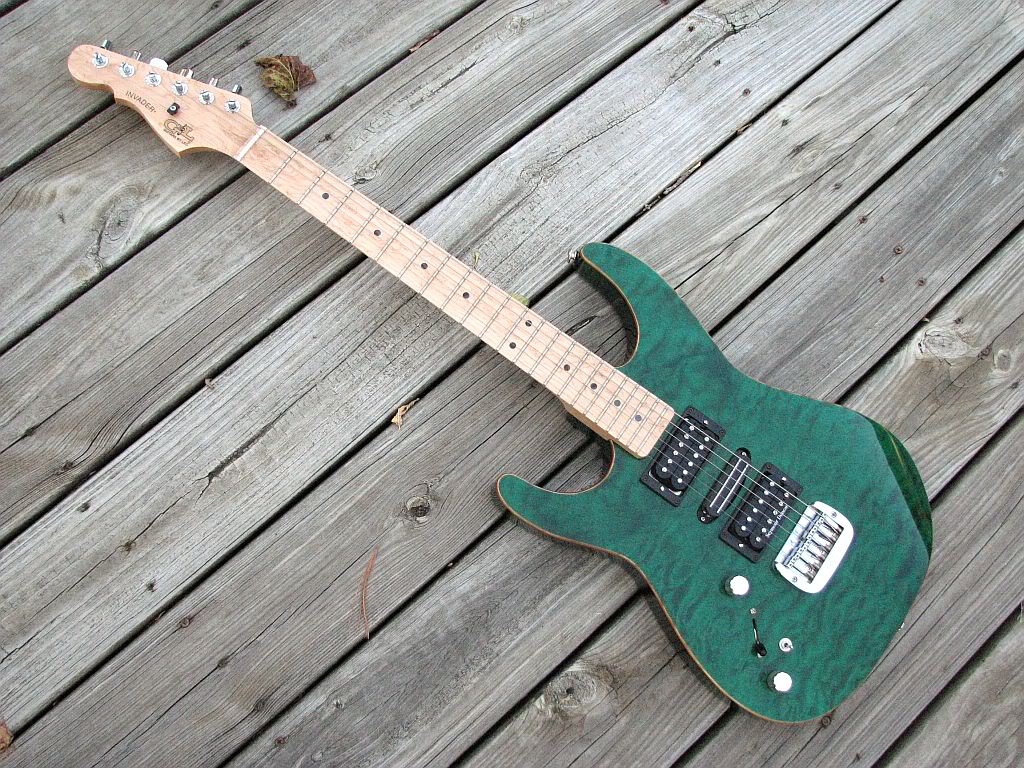 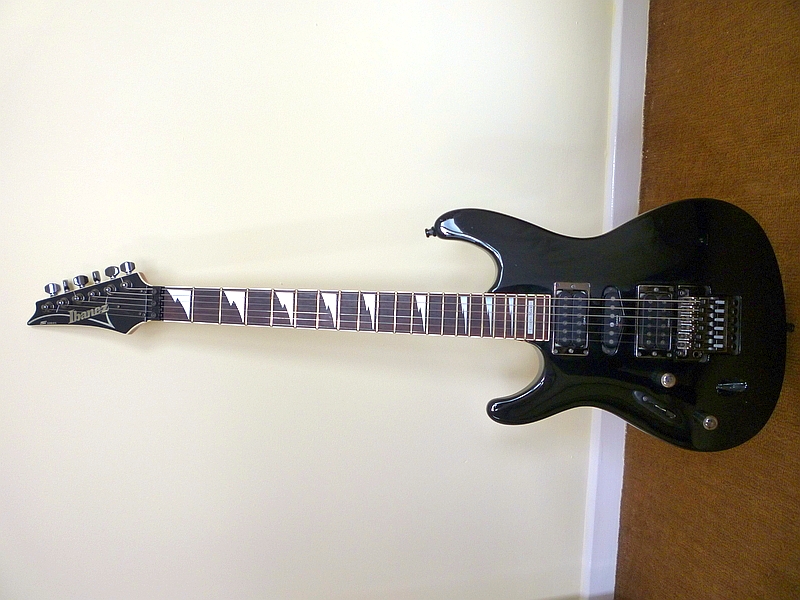 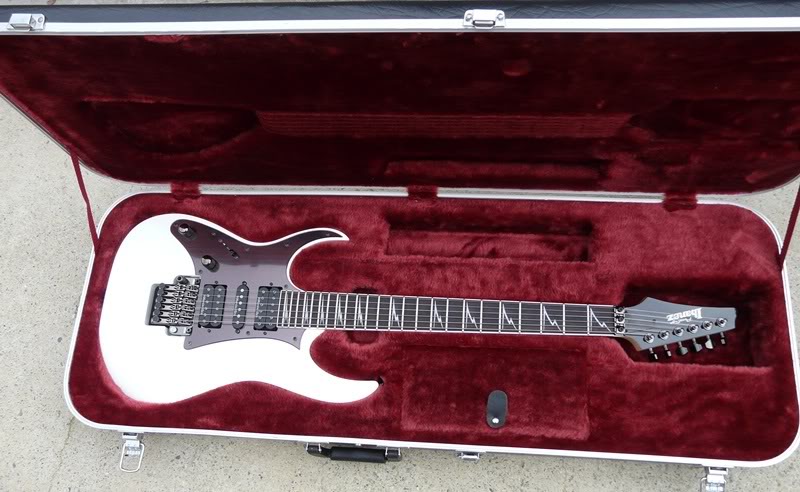 Damn. I've wanted one of those for a very long time!

Here's a couple of my old HSHs. I tend to order HSS these days because I prefer the snap of a single coil in the neck.

My first HSH which I modded myself. A '00 MIM Strat with SD Jazz/JB and a standard Fender Mid PU (tried a Hot Rails but was too dull/muddy)